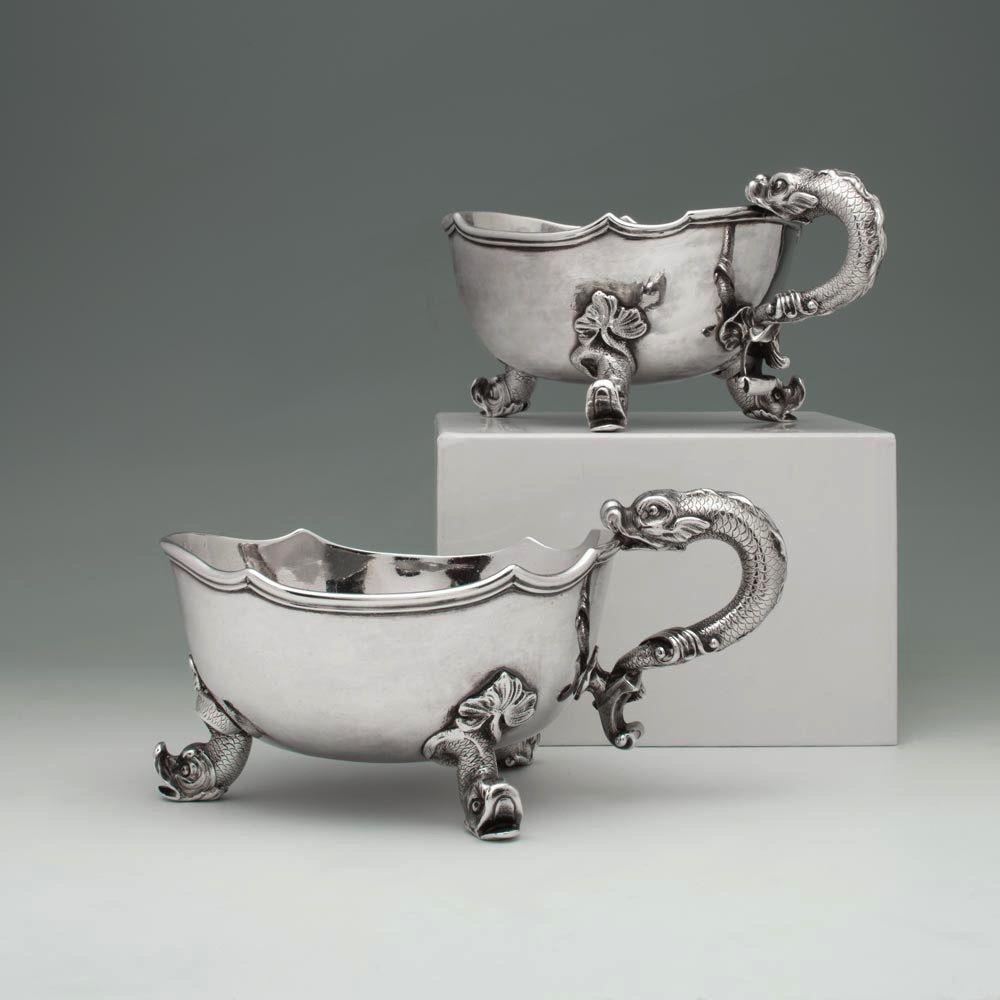 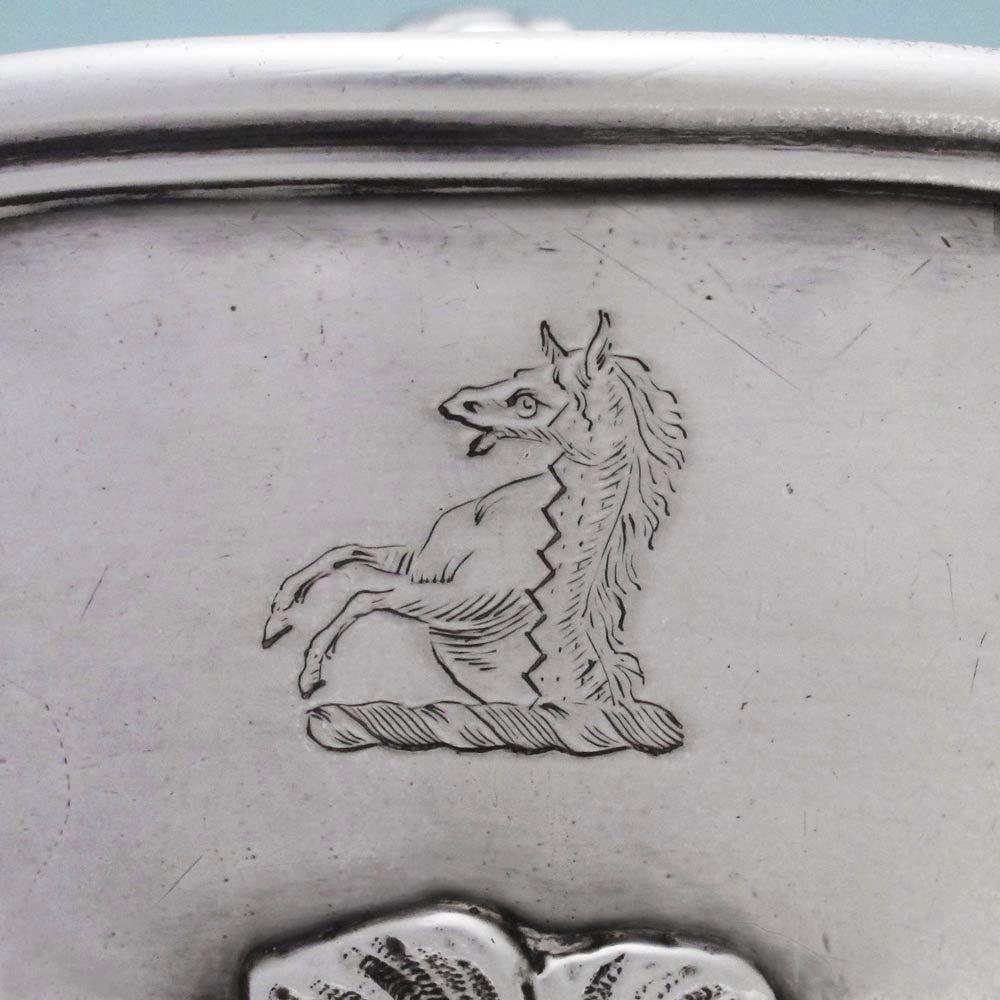 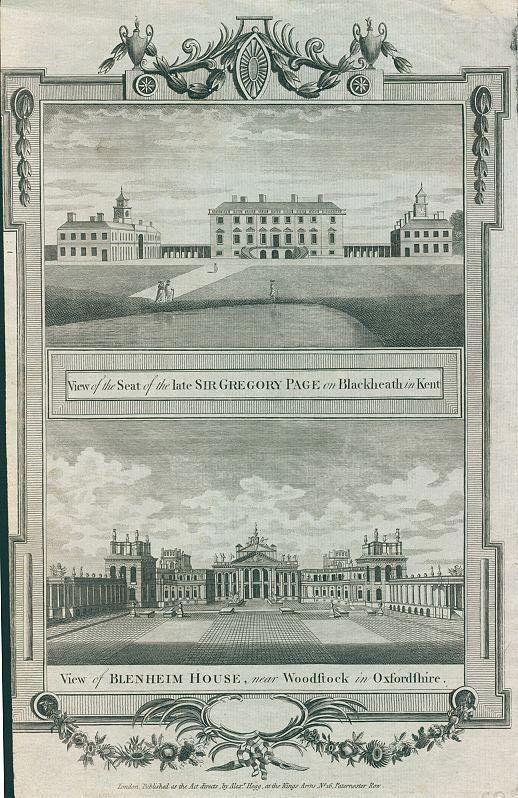 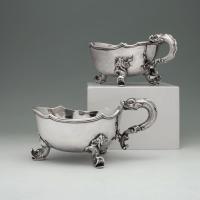 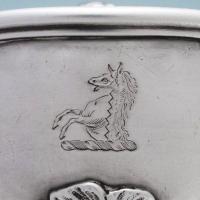 Each oval with scalloped rim, raised on three heraldic dolphin feet, and with a scrolling dolphin handle, engraved below the lip with a crest and under base with a scratch weight.

The crest is that of Page for Sir Gregory Page, 2nd Baronet (c. 1695 - 1775). Sir Gregory was a Director of the East India Company, as his father had been before him, and invested heavily in real estate in Kent and London, building a huge fortune.

His mansion at Wricklemarsh was designed by architect John James, built for £90,000, and stood in a 250 acre park. A ground plan and cross-section of the mansion were included in the immensely important architectural book “Vitruvius Britannicus” in 1739. According to a contemporary description, Wricklemarsh was:

"one of the finest houses in England, resembling a royal palace rather than a residence of a private gentleman. The gardens are laid out in the most elegant manner and both the paintings and furniture are surprisingly fine. All rooms are hung with green or crimson silk damask and the cornices, door-cases and chair-frames are all carved and gilt. The chimney pieces are all of fine polished marble."

Sir Gregory’s fields of interest were said by the Dictionary of National Biography to include "scholarship and languages, engineering, construction, naval architecture and surveying, collecting and building".

Sir Gregory also supported, and was one of the original governors of, the London Foundling Hospital, which worked to save abandoned children from the streets of the city.

Sir Thomas Merton was famous English scientist, who was recruited during WWI into MI6 to help the war effort. He was also an important art collector whose collection included works by Botticelli, Montagna, Signorelli, and Cranach.