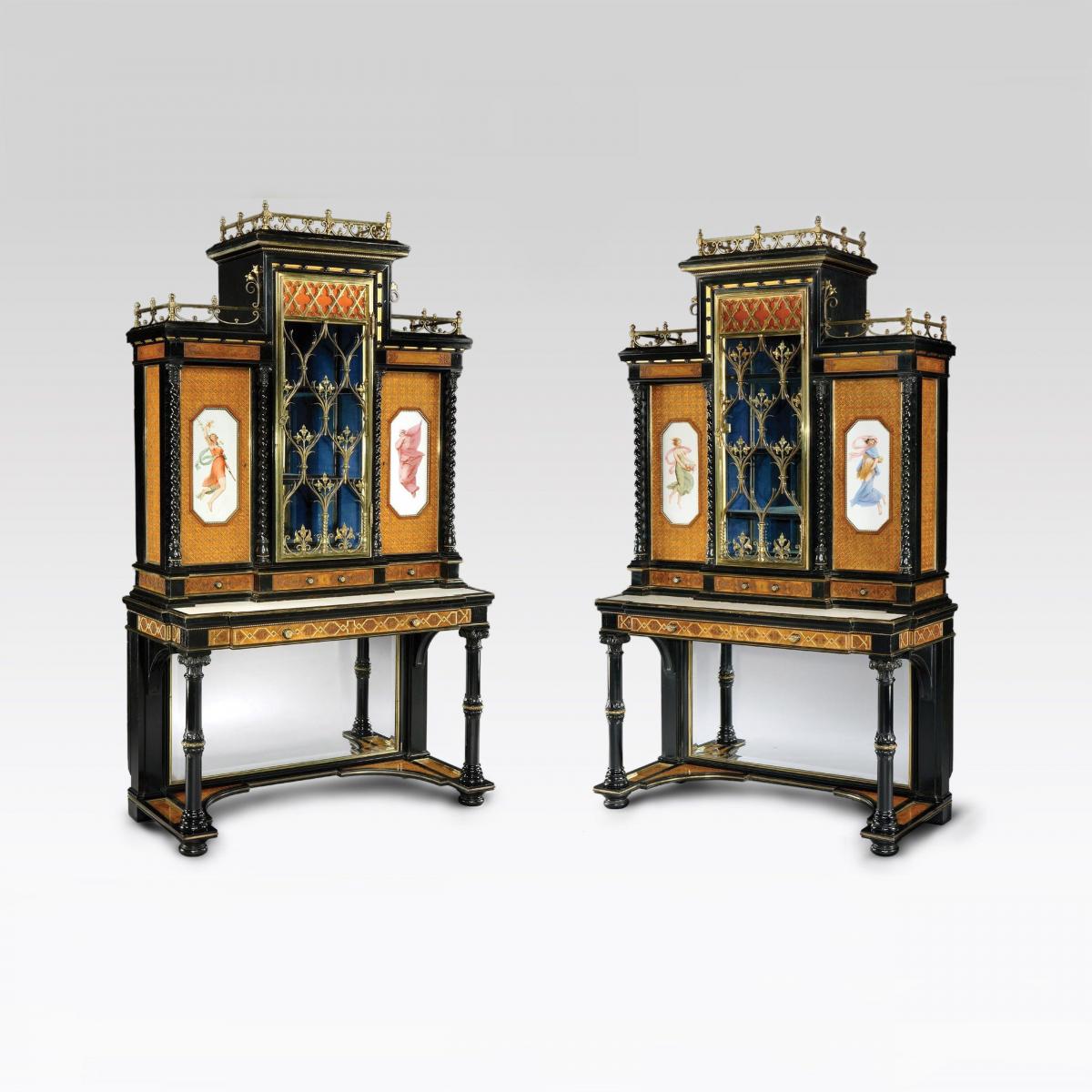 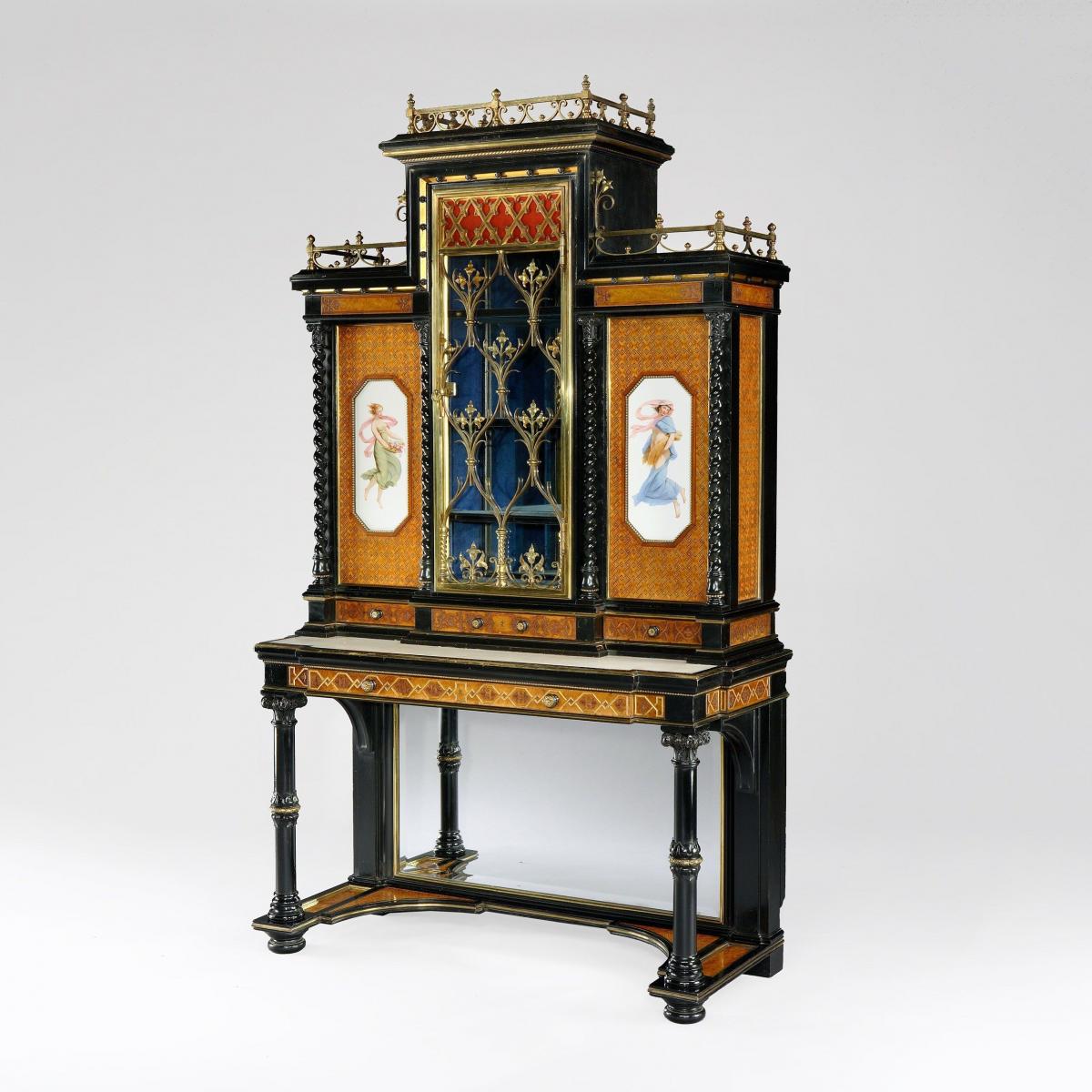 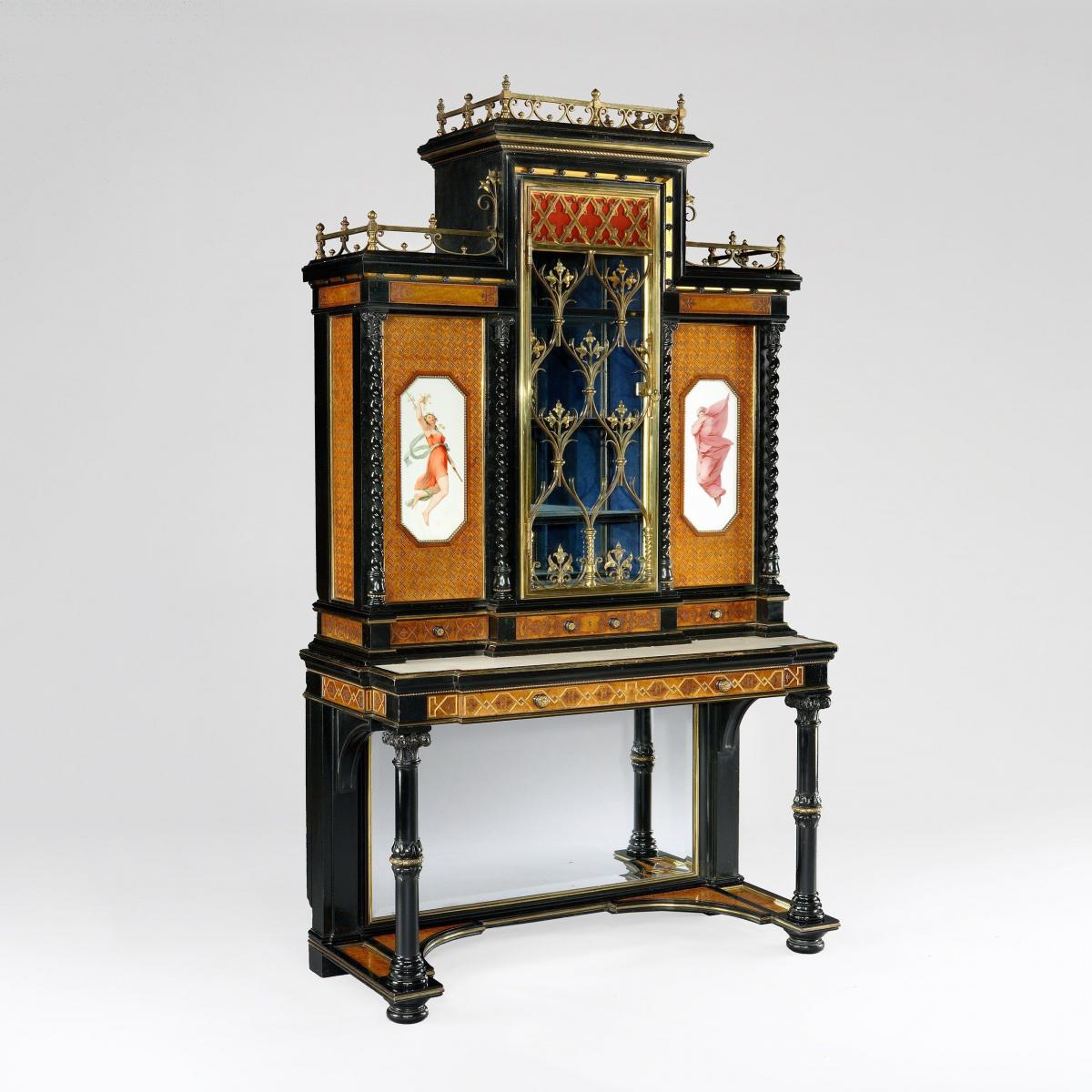 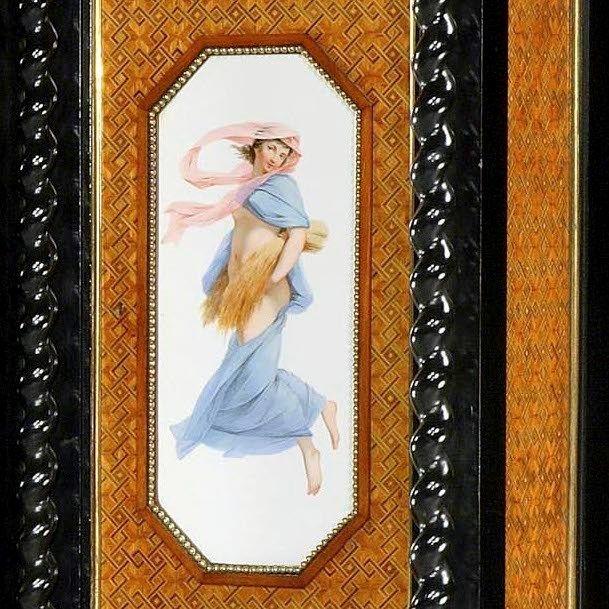 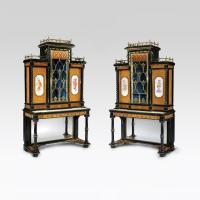 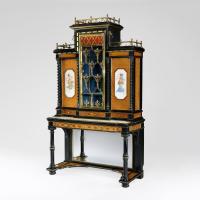 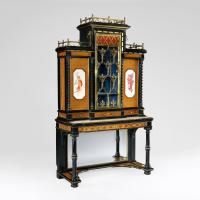 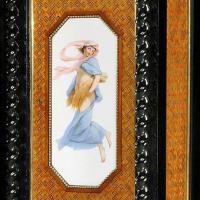 A Pair of Superlative Display Cabinets

Attributable to Gillows of Lancaster

The superstructures have ranges of three drawers, and over, glazed central sections, dressed with brass grillwork of interlaced lentil form, with decorative foliates, which enclose shelved interiors, and the lower flanking side cupboards have blind doors, set with four octagonal porcelain plaques depicting the Four Seasons, within brass running pearl borders, on inlaid grounds of conforming geometric inlay, and framed within four ebonized wrythen columns, with composite capitols. The upper sections are adorned with exuberant brass galleries, with scrolled insets, and capped by ball finials.

Specific features in the construction suggest an attribution to Gillows, as well as there being a precedent for pieces of porcelain and brass dressed furniture.

A leading firm of English cabinet-makers, with premises in both Lancaster and London and who, during the 18th and 19th centuries, produced well-designed furniture of the highest quality. Founded in about 1727, the firm thrived by adapting to the needs of a changing society and recognized the potential offered by the expanding middle class market. Gillows became a large company, both designing and manufacturing furniture to the very highest standards, so much so that they supplied the aristocracy and gentry of England at the height of the Empire. They had a ready response to fashionable demand and eventually led the way in the 19th century with some of the finest quality furniture ever produced in England. Happily, most of their sketch books and accounts were rescued, and may be viewed at the City of Westminster Archives in St. Anne Street, London. 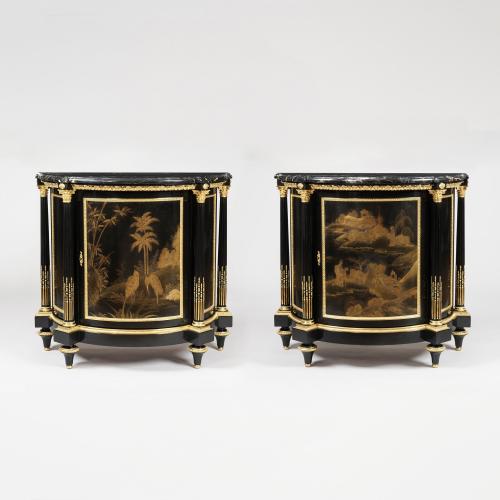 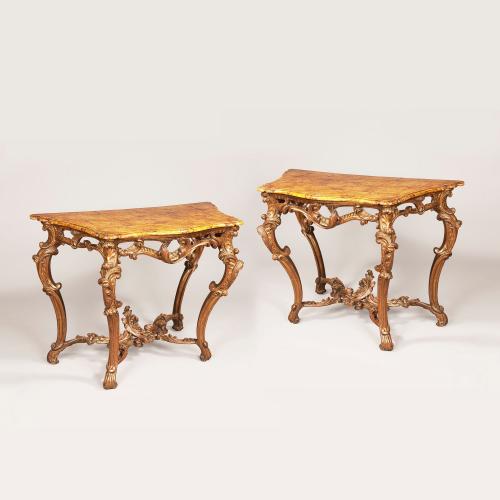 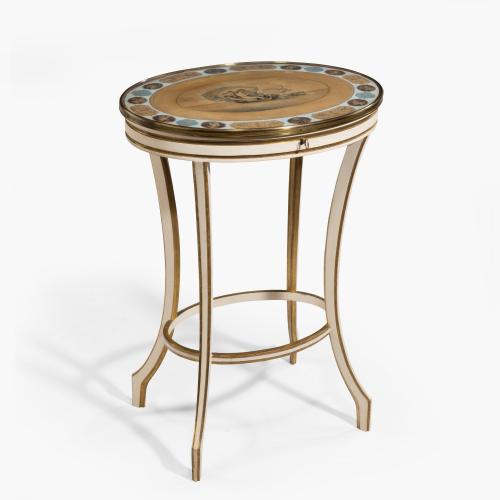