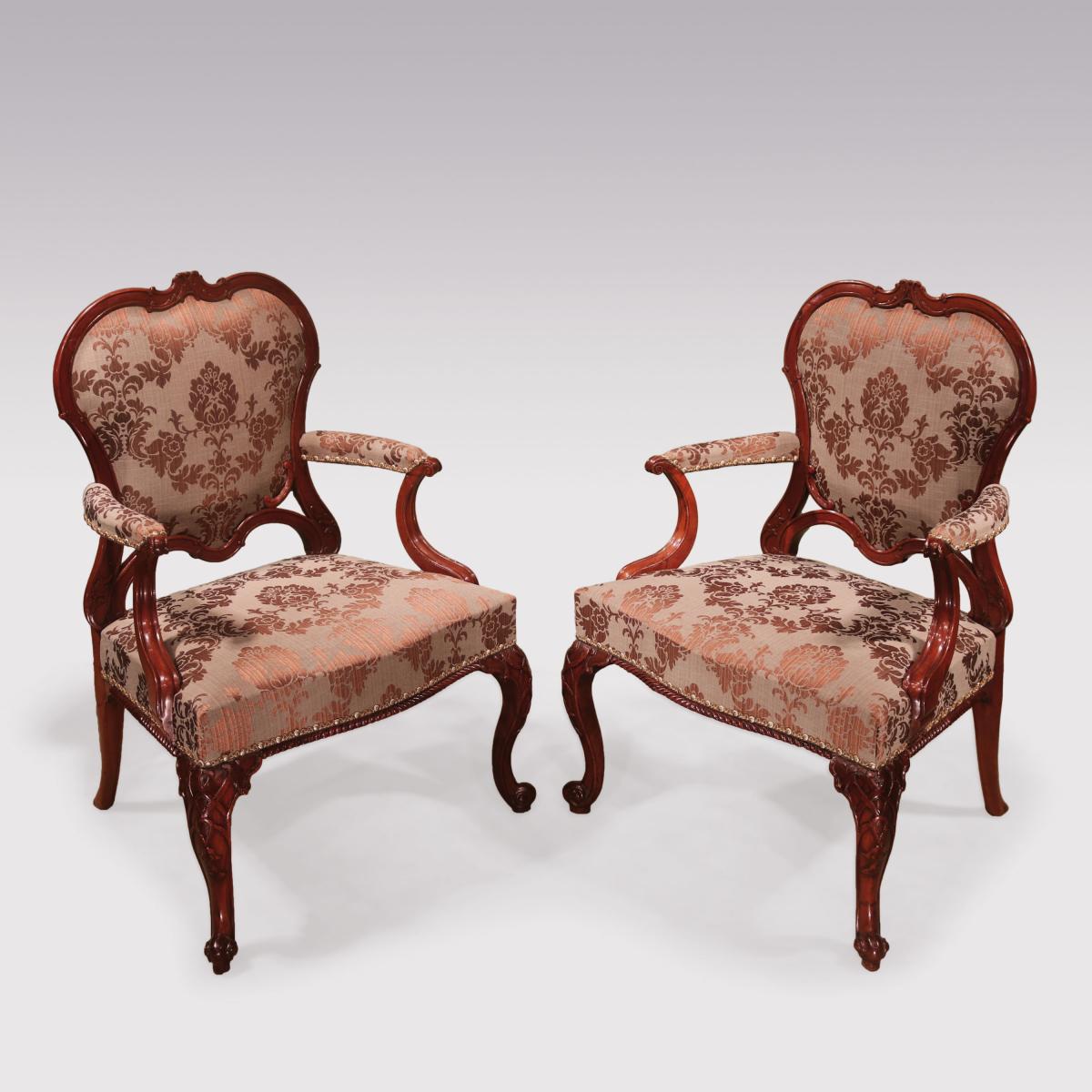 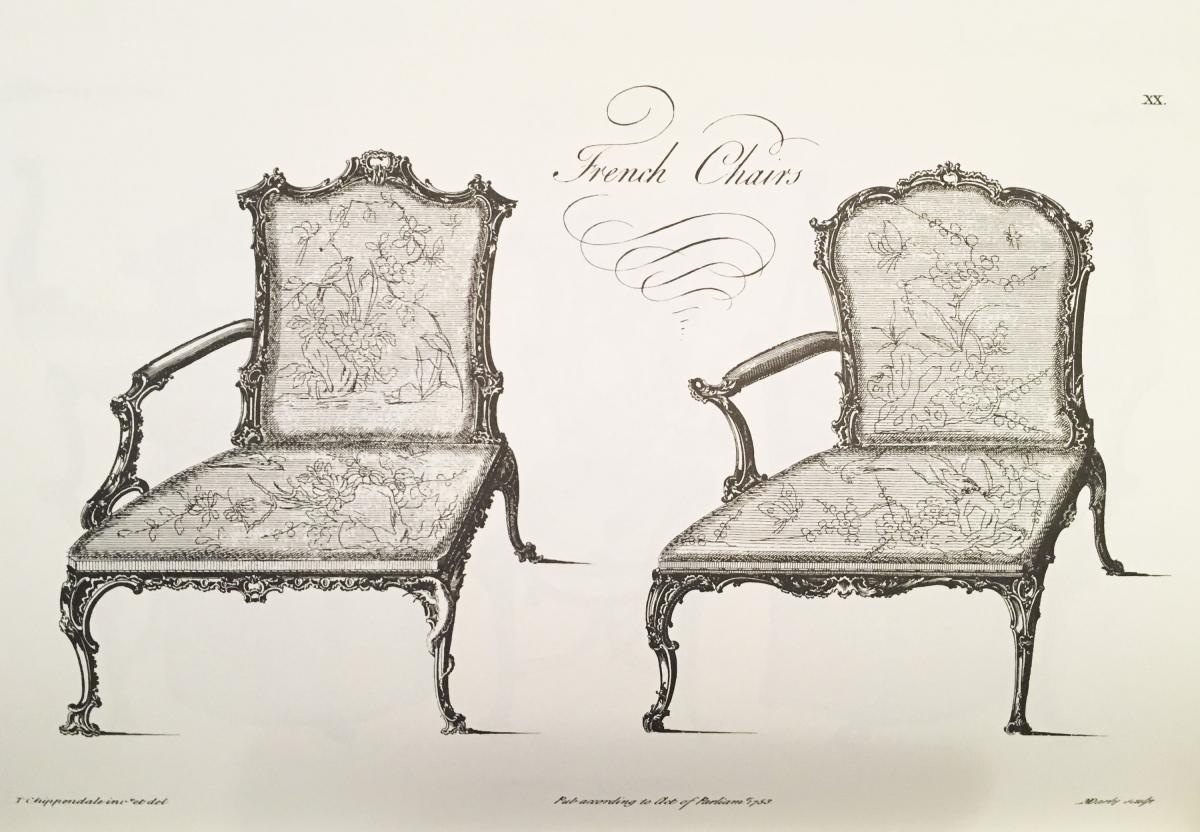 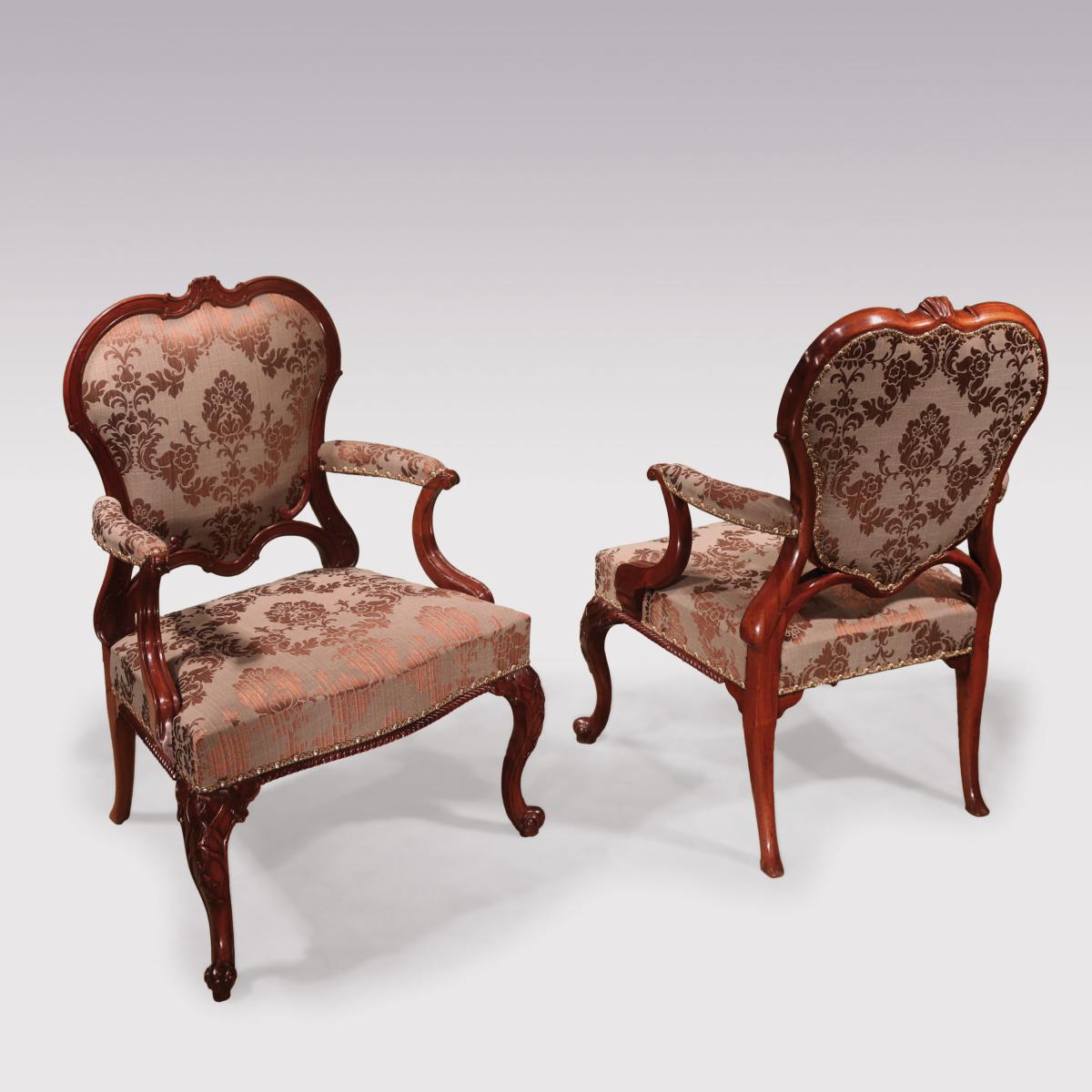 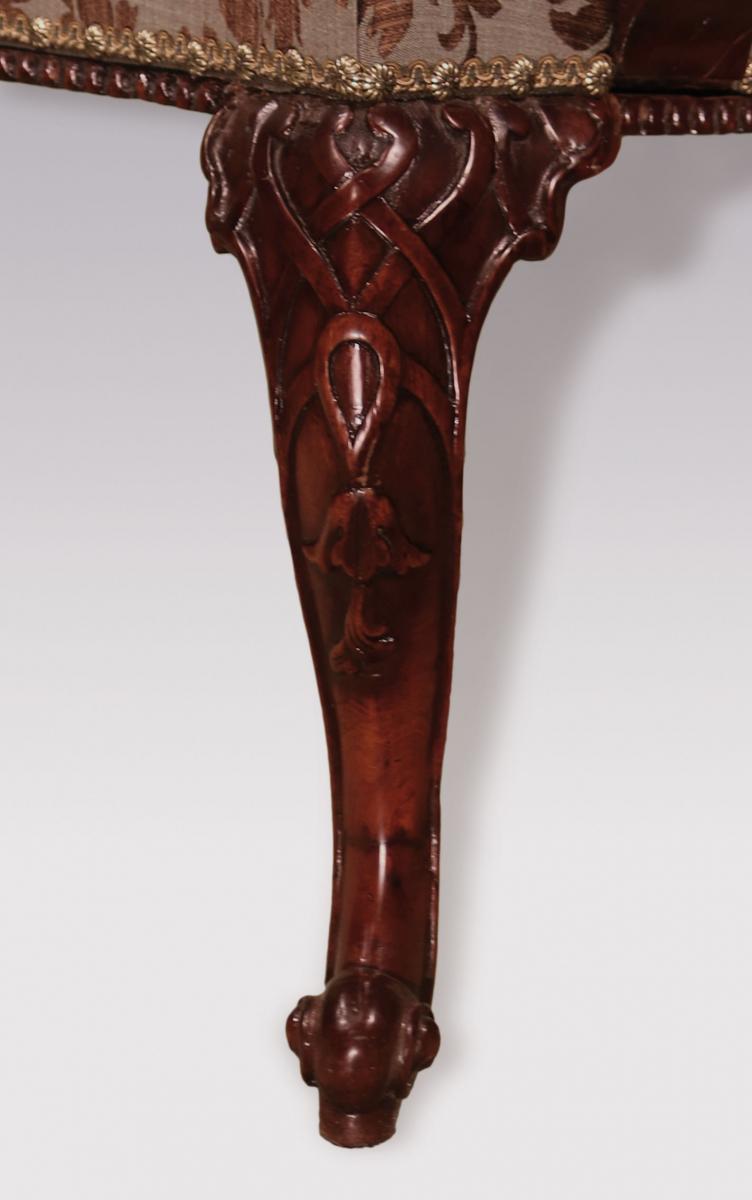 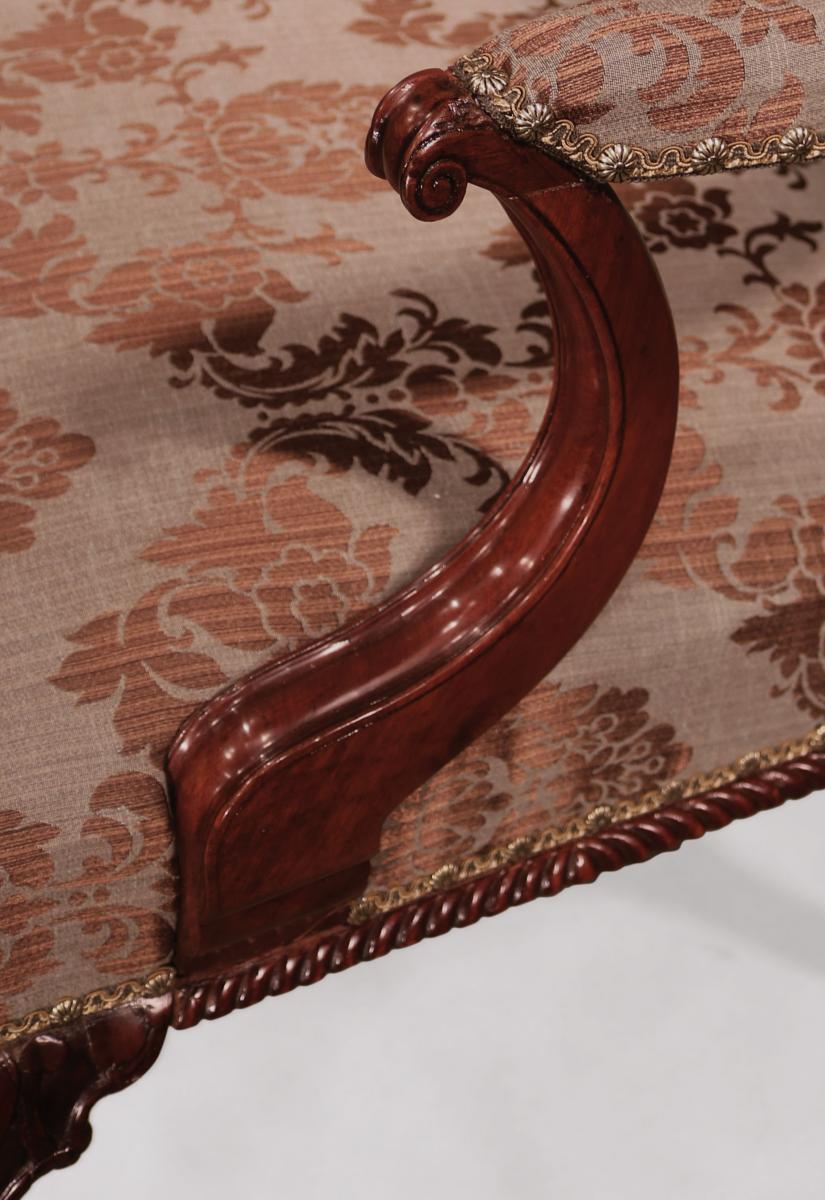 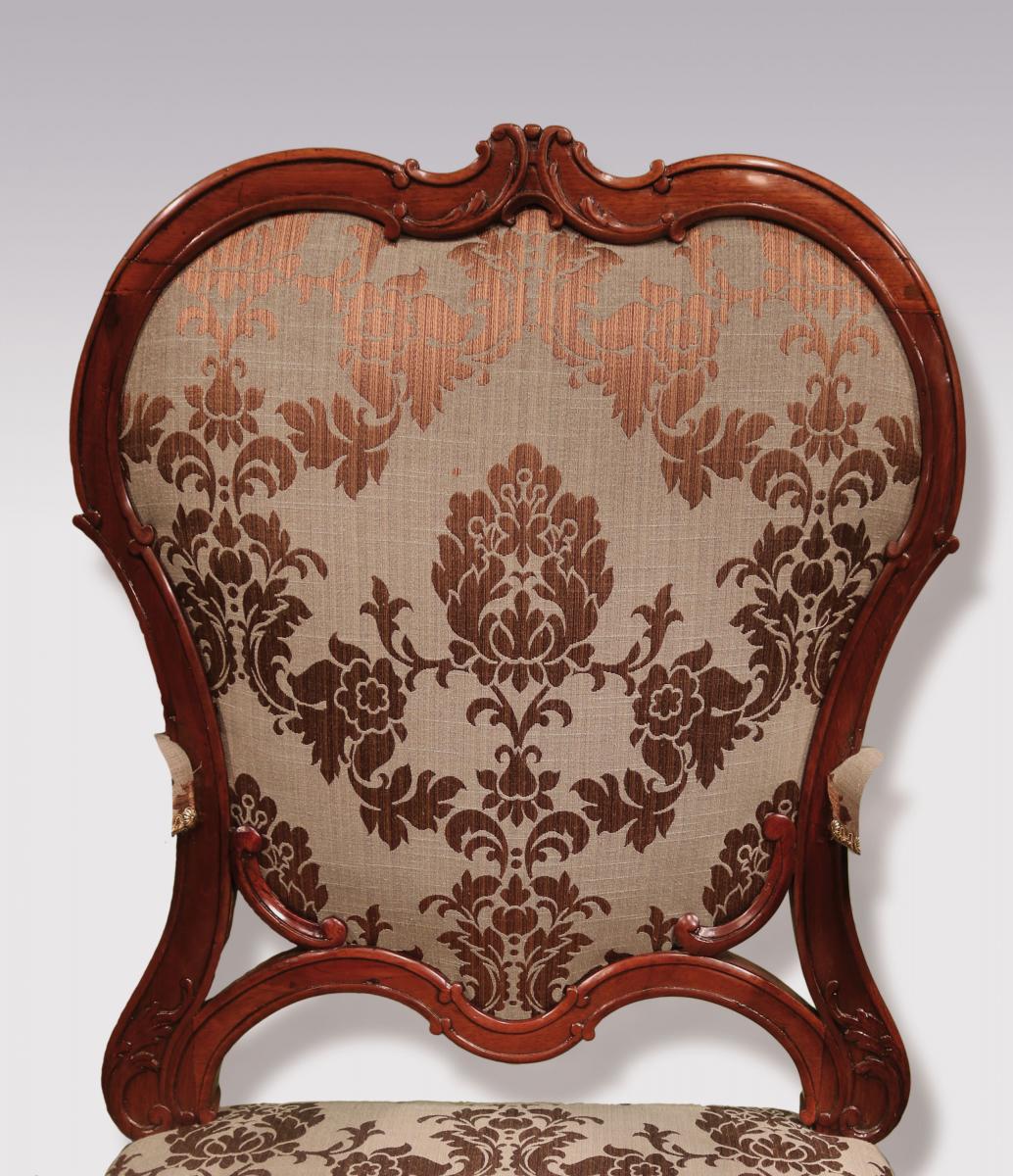 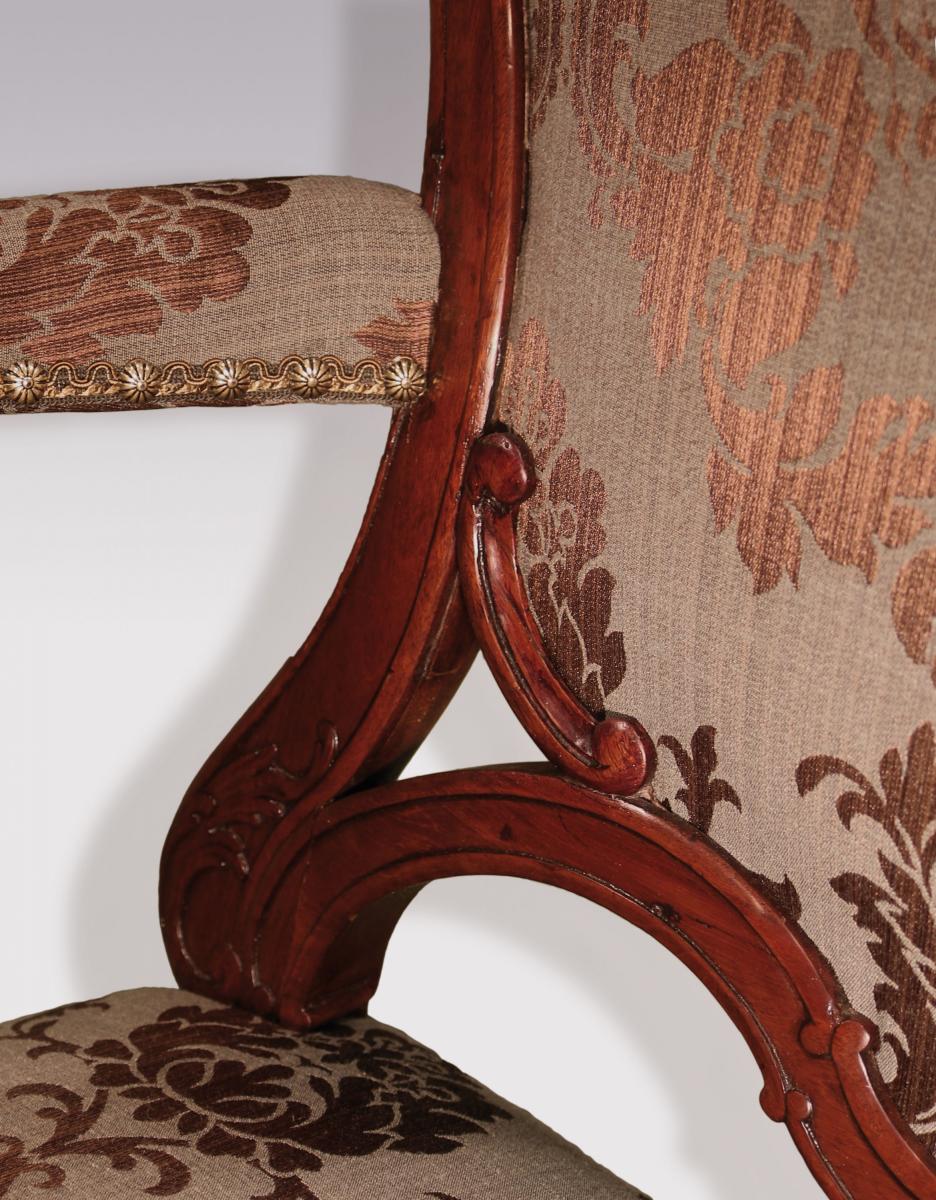 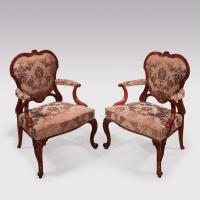 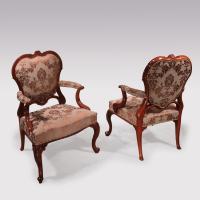 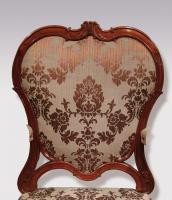 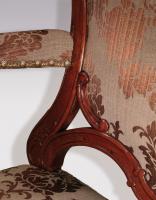 Similar examples of our Library Armchairs can be found in the third edition of Thomas Chippendale book Gentleman and Cabinet Maker’s Director (1762). The pair resembles the right chair design in Plate XXI, catalogued by Chippendale as “French Chairs”.

He described in his book that this model “may be executed to advantage, some of them are intended to be open below at the back: which makes them very light without having a bad effect.’

His design illustrates his familiarity with the fashionable French Rococo style represented by the curvilinear form of the chair and scrolled feet.

The carved surface decoration on our Chairs is much less elaborate than that on the published design and is more reminiscent of the work of Robert Manwaring, whose Cabinet and Chair-Maker's Real Friend and Companion, was published in 1765.

A comparable chair, formerly in a private collection in Herfordshire, probably William Plumer from Gilston Park, is currently in the V&A collection.