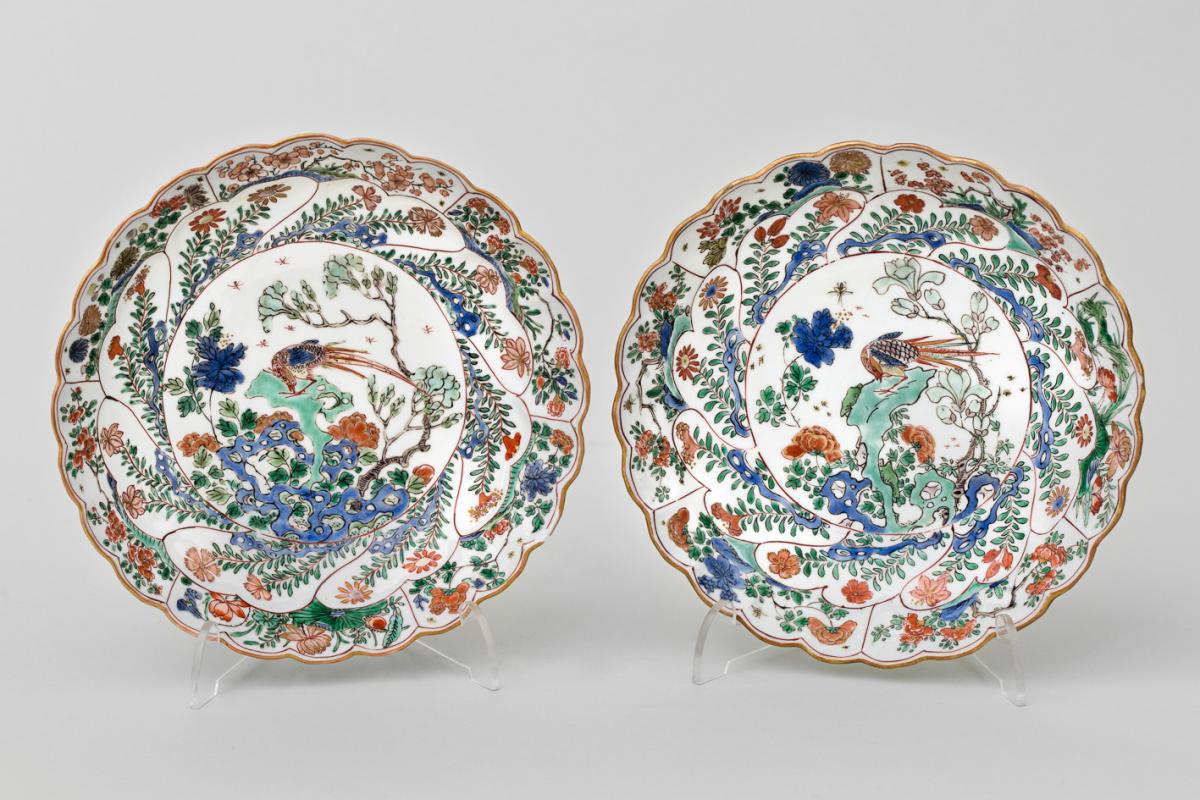 Of round form with foliate edges moulded in the shape of petals, decorated in famille verte enamels, with a central medallion depicting a pheasant perched on a rocky outcrop under the boughs of a magnolia tree, with floral sprays issuing from the rocks below and insects flying overhead, encircled by a border of petal-like cartouches filled with stylized rockwork and leafy floral sprays; around the edge, a border of six sections, each filled with colourful flowers, including crab apple blossoms, chrysanthemum, lotus flowers and peony, the outer edge finished with a band  of gilding; on the reverse, a band of leafy scrolls with peony flowers; the base glazed.

Footnote: There is an identical plate in Staatliche Kunstsammlungen Dresden, attributed Kangxi, museum number PO 3311 b.

The golden pheasant is a bird of prosperity, and was also an emblem of an official in the imperial civil service. Here, it is surrounded by magnolia (yulan), crab apple (haitang), and peony (fugihua), the flower of wealth and honour. The combination of these flowers forms the auspicious phrase ‘yutang fugui’, or ‘wealth and rank in the Jade Hall’. The meaning may be understood as ‘may your noble house be blessed with wealth and honour’.  For reference, see Michael Butler, Julia B. Curtis and Stephen Little, Shunzhi Porcelain: Treasures from an Unknown Reign, 1644-1661, Alexandria, VA, 2002, pp. 118-119.