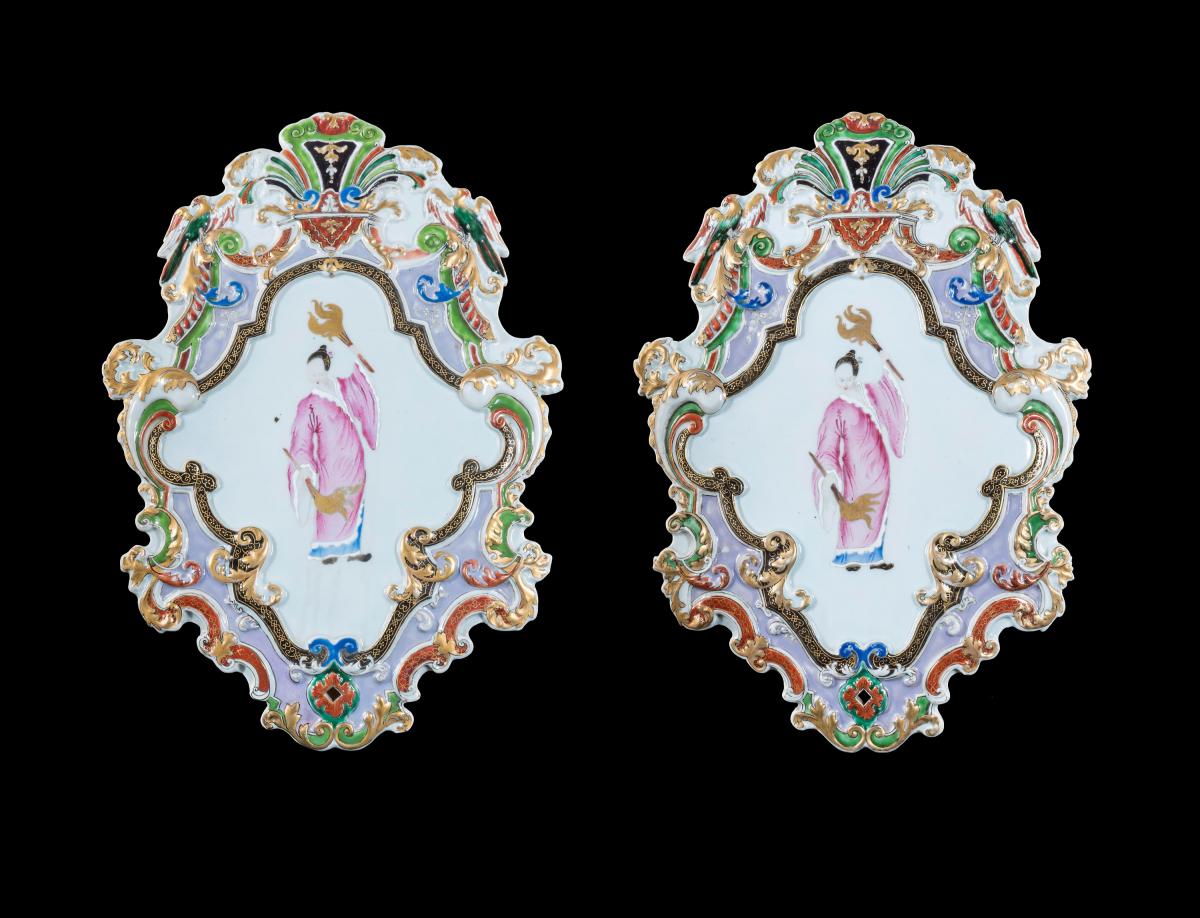 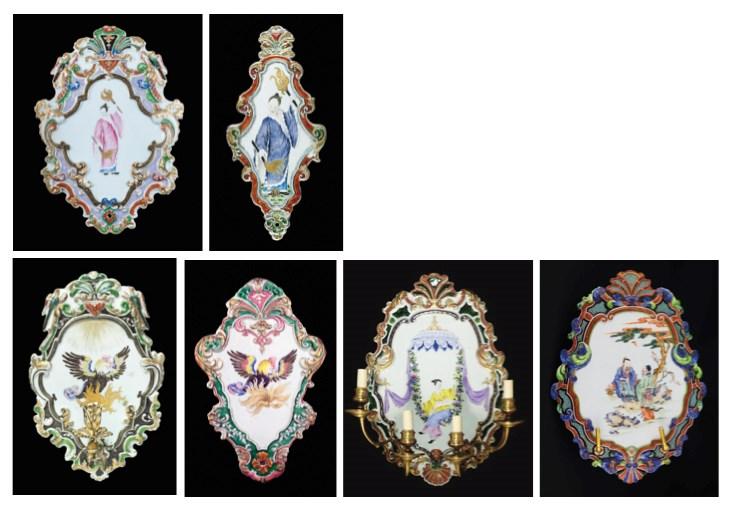 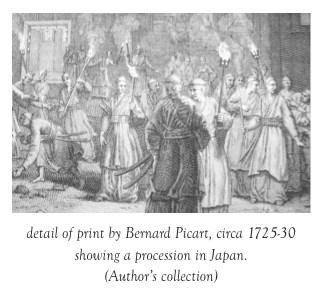 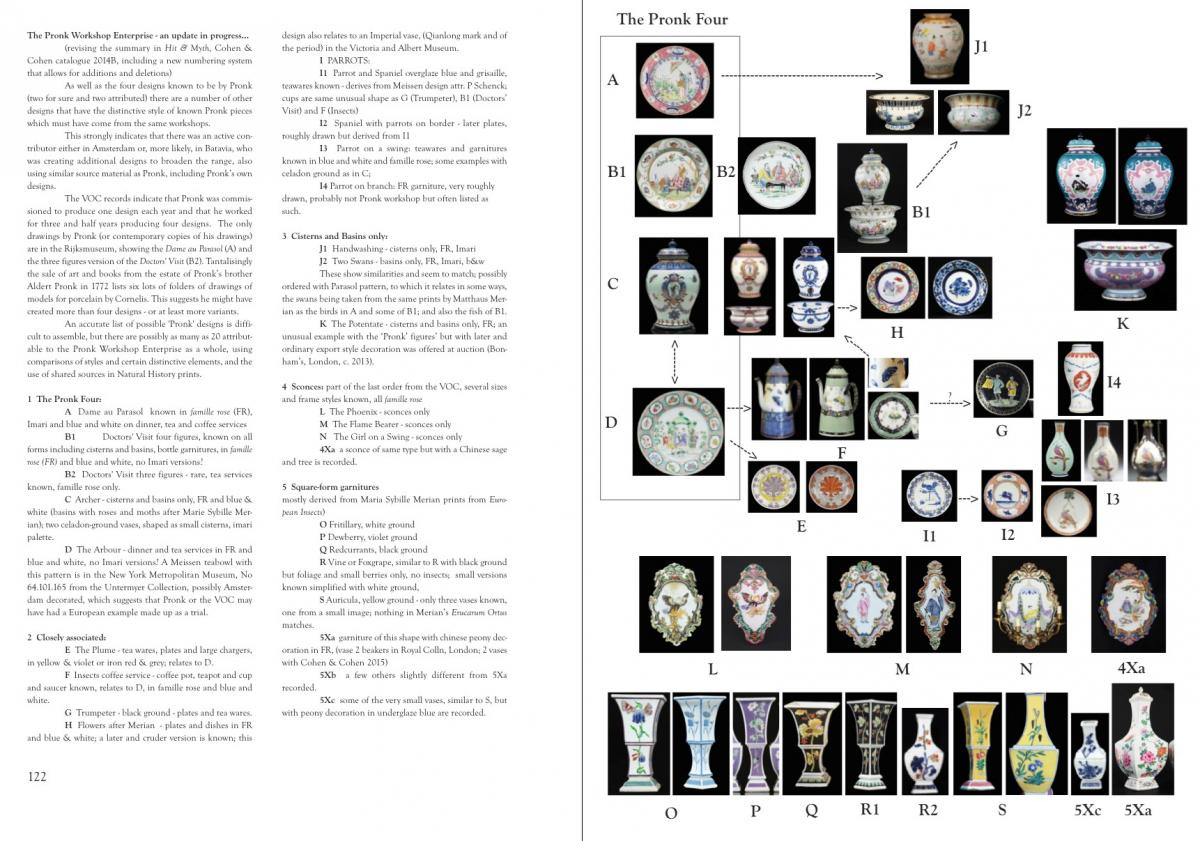 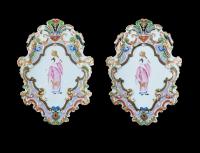 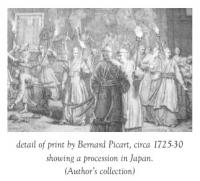 These extremely rare sconces belong to a small group of similar porcelain sconces all attributed to the Pronk workshop. This design, variously known as the ‘torch-bearer’ or the ‘flame-dancer’ is recorded in two versions with different frames. The other is thinner and smaller and does not include the phoenixes in the frame.

The two other designs are a European Phoenix over flames, taken from a print for Aesop’s Fables by Aegidius Sadeler after Marcus Gheeraerts, known in two difference sizes and frames and a girl on a swing, which is the rarest. One other example of the same shape as the ‘girl on a swing’ is known but with Chinese figures of a sage beside a pine tree.

The figure here looks to have been created to fit this space, but the inspiration is likely to be various figures in  Ceremonies and Religious Customs of Various Nations of the World, by JF Bernard and Bernard Picart. This great work was produced in Amsterdam in 1723-30, with engravings by Picart. Several of these show eastern ceremonial processions with figures bearing flaming torches. 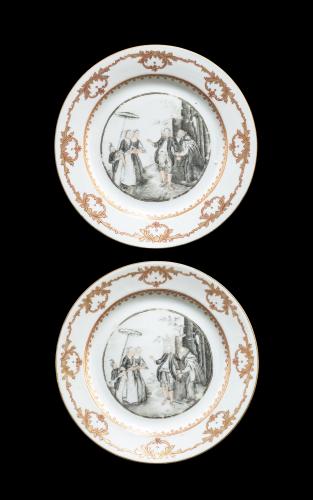 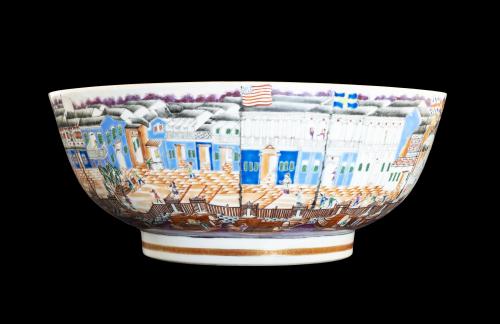 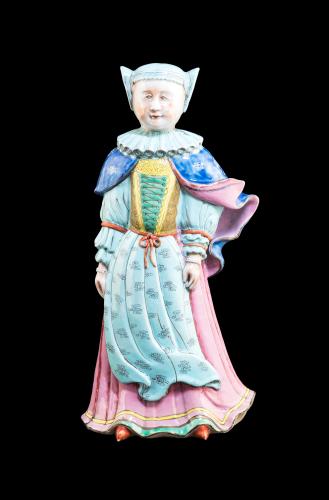