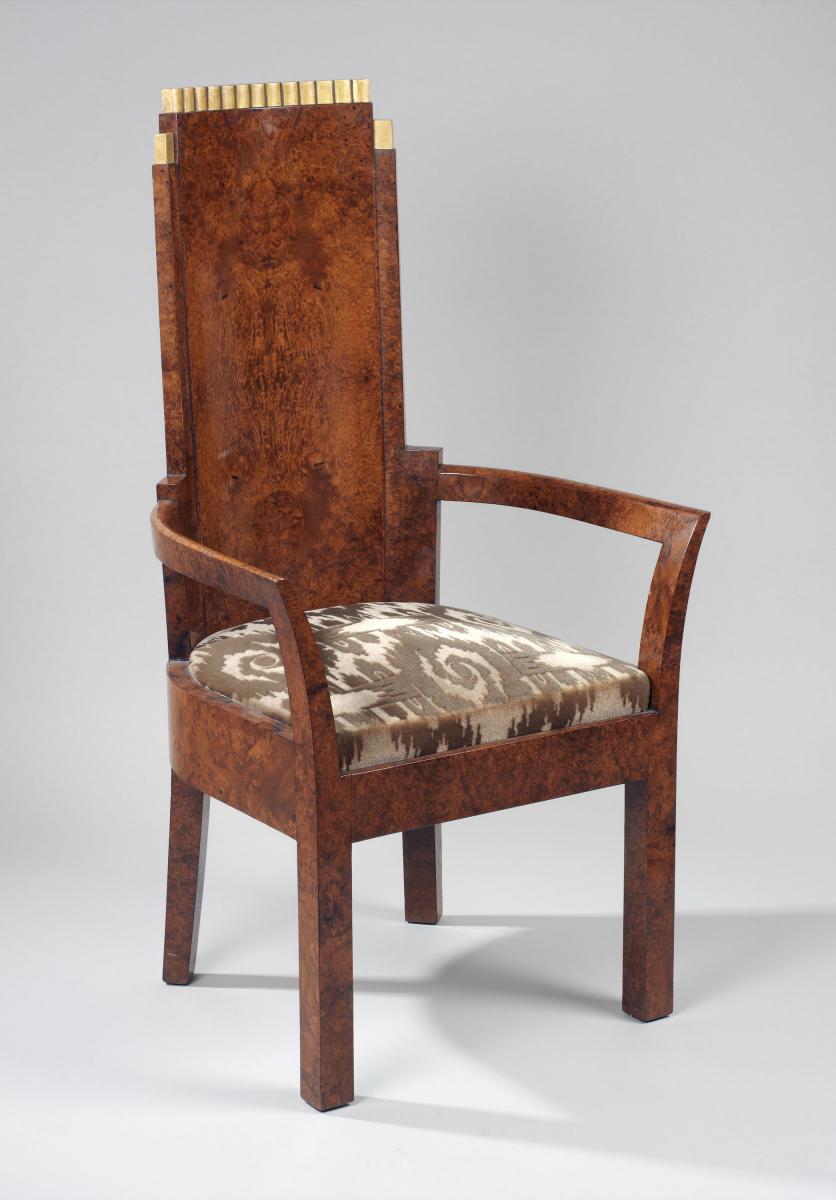 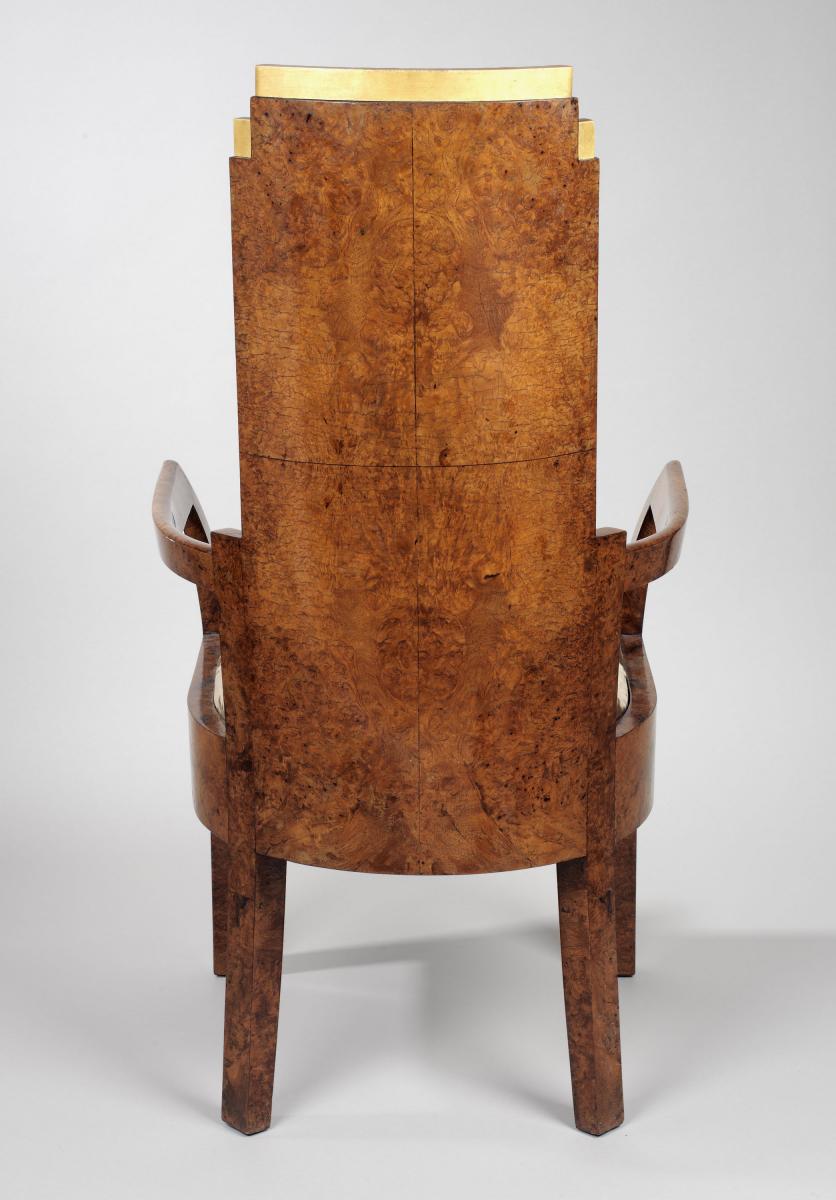 A Pair of Art Deco Amboyna and Gilt Armchairs Attributed to Josef Hoffmann of Vienna, Circa 1910-12

The tops of the curved attenuated backs are fitted with giltwood cappings. The backs and fronts of the high backs are quarter veneered and the arms are curved and shaped around the seat. With square legs and upholstered in a brown patterned velvet.

Josef Hoffmann (1870-1956) was an Austrian architect, interior designer and applied artist. He studied architecture at the Academy of Fine Arts in Vienna, Austria, under Art Nouveau architect Otto Wagner, whose theories of functional, modern architecture profoundly influenced his works and, in 1896, he joined his office.

In 1898, he established his own practice in Vienna. In 1897, inspired by Mackintosh and the Glasgow School, he was one of the founding members with Gustav Klimt, of an association of revolutionary artists and architects, the Vienna Secession. In 1903, he founded, with architects Koloman Moser and Joseph Maria Olbrich, the Wiener Werkstätte for decorative arts.

They aspired to the renaissance of the arts and crafts and to bring more abstract and purer forms to the designs of buildings and furniture, glass and metalwork, following the concept of total work of art. Hoffman's works combined functionality and simplicity of craft production with refined and innovative ornamental details and geometric elements. He is an important precursor of the Modern Movement and Art Deco. In 1905, Hoffmann, Klimt and the Wiener Werkstätte artists, designed the Palais Stoclet, in Brussels, the Capital of Art Nouveau and city of Victor Horta. 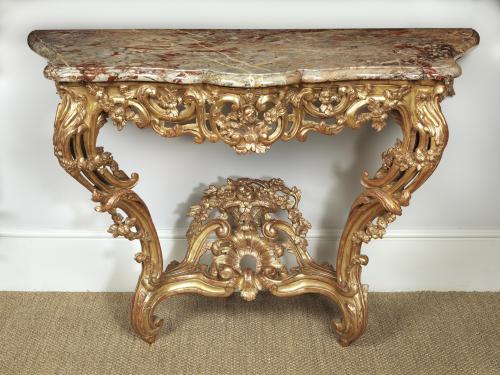 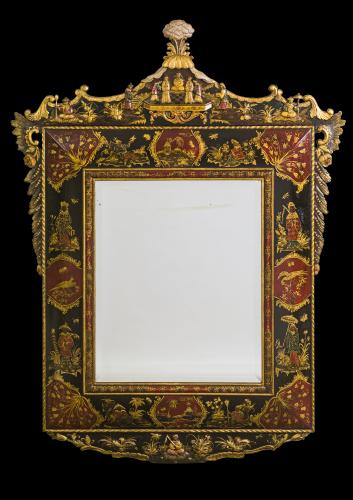 A German Red, Gilt and Black-Japanned Mirror In the Manner of Gerhard Dagly Circa 1730
Frank Partridge 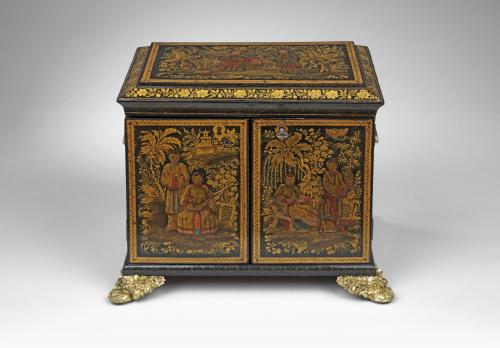 An Exceptional Regency Black Miniature Japanned Cabinet, Circa 1810
Frank Partridge
View all from this dealer