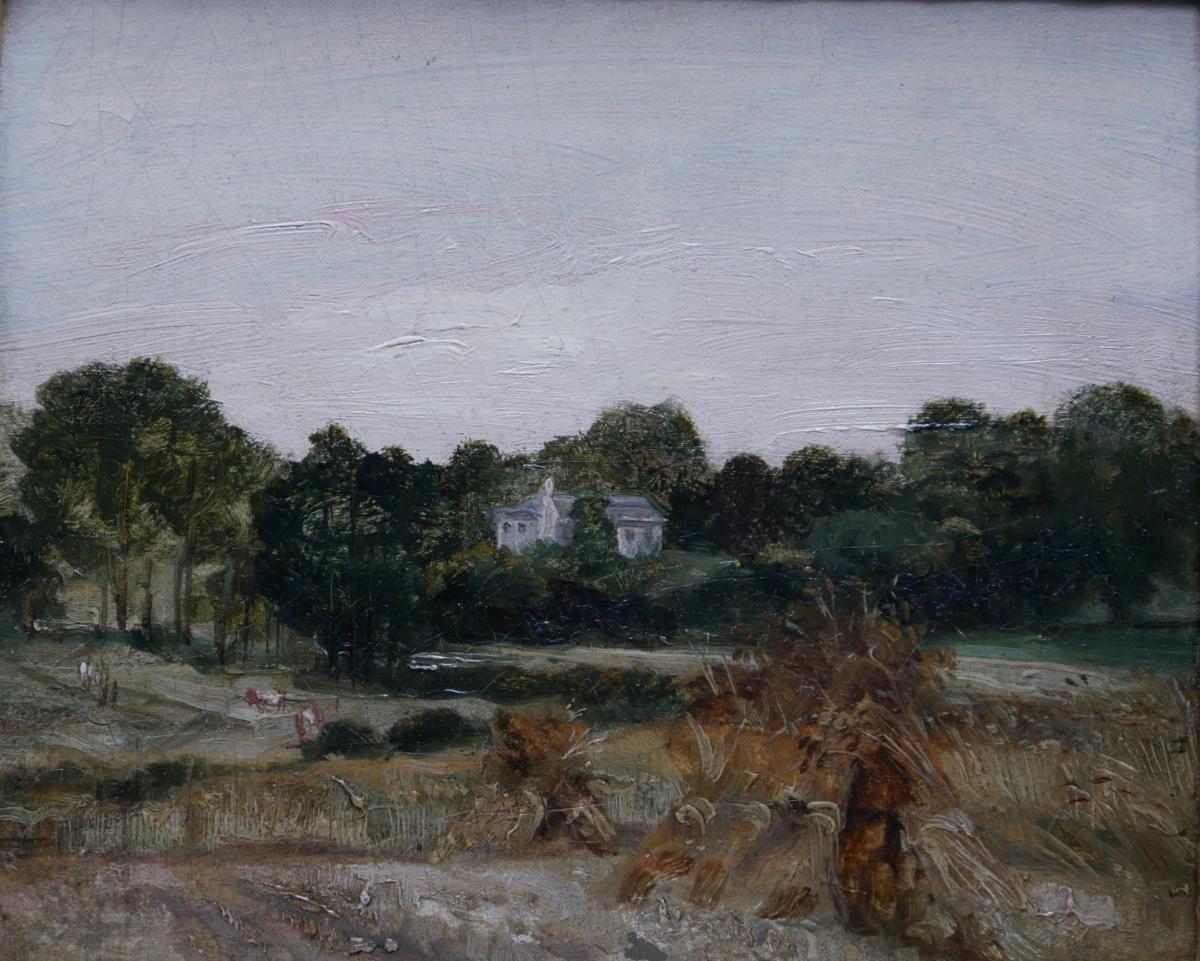 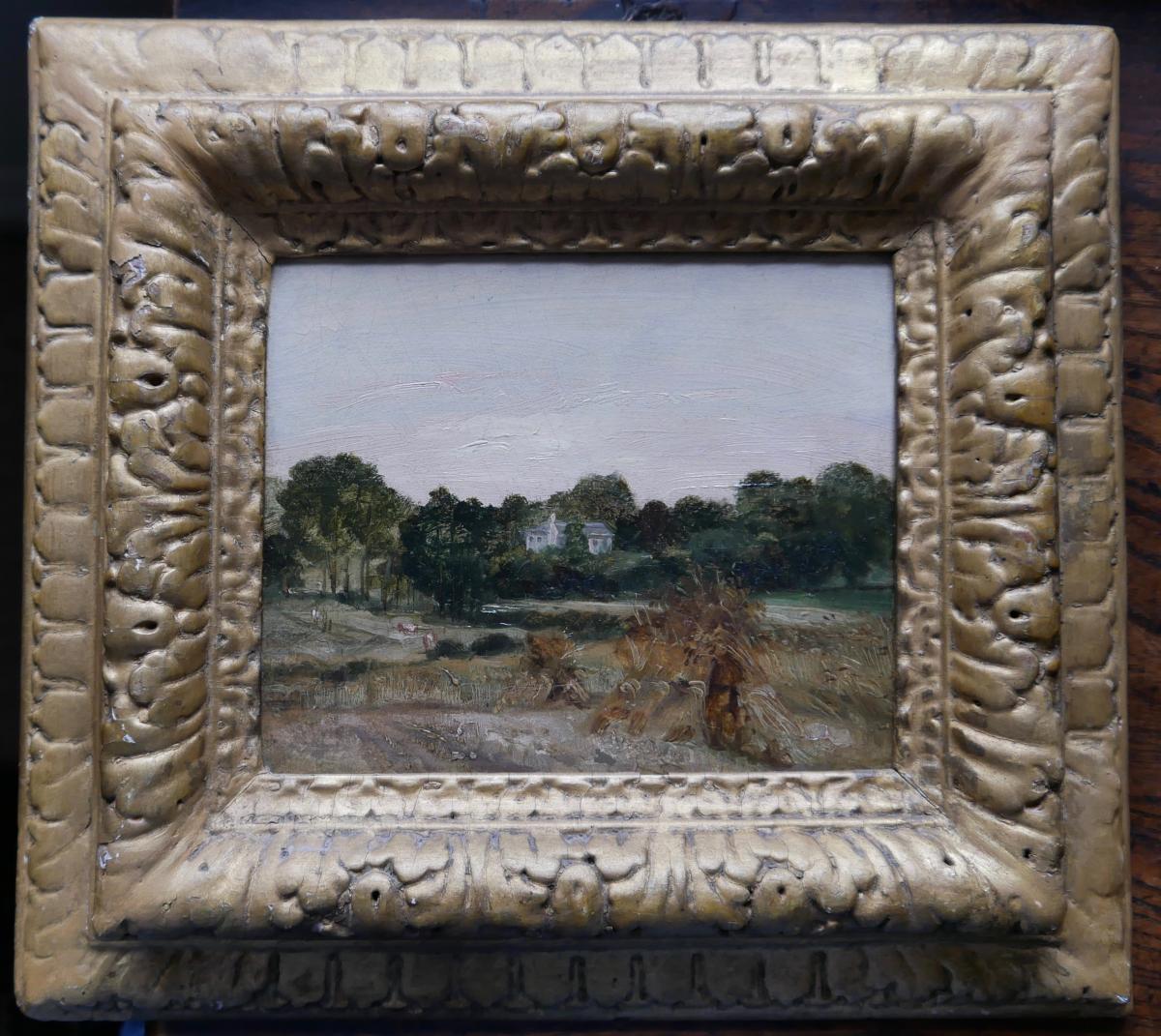 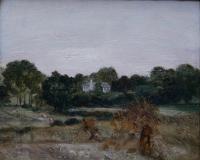 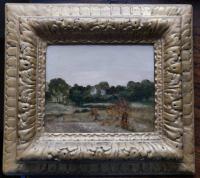 Signed with monogram on reverse and inscribed Bessie , the artist's daughter. Churchyard inscribed all the paintings in his studio in this manner, so that on his death all his paintings would be shared out properly between his seven children.

Thomas Chuchyard was a landscape born above a butchers shop in Melton,Suffolk. He became a Lawyer by trade but took up painting at a young age. He was influenced by Constable and Crome and became an exhibitor with the Norwich School. He worked in oils and watercolours

He married well, they lived and worked in Woodbridge. At that time he exhibited with the Norwich School and in London at Suffolk street with Society of British Artists. In 1832 he decided he could make a living out of his painting and moved to London.

He failed to get four paintings accepted at the RA and after 18 months returned to his legal career in Woodbridge. After various setbacks with family money and inheritances he was left insolvent on his death.

Churchyard studio was sold off to pay his debts. A talented artist , whose work is now collected and often confused with Constable's work. Churchyard had a very distinct style of his own which has now bought him more recognition than during his lifetime. 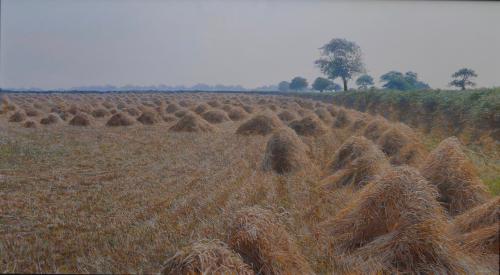 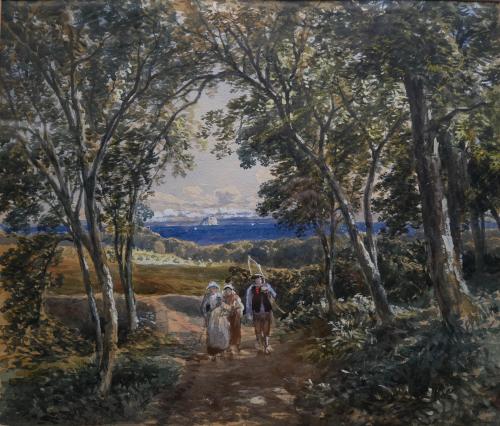 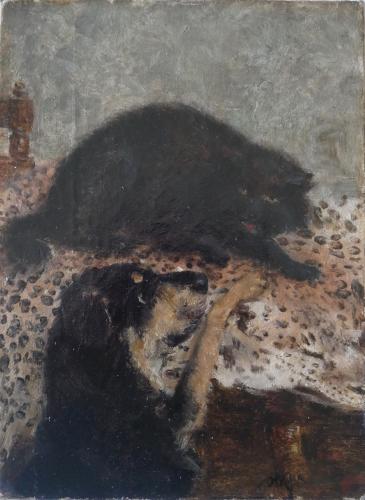 Playmates!
The Canon Gallery
View all from this dealer