Oil on Canvas of Thomas Marriott Magistrate at Burdwan 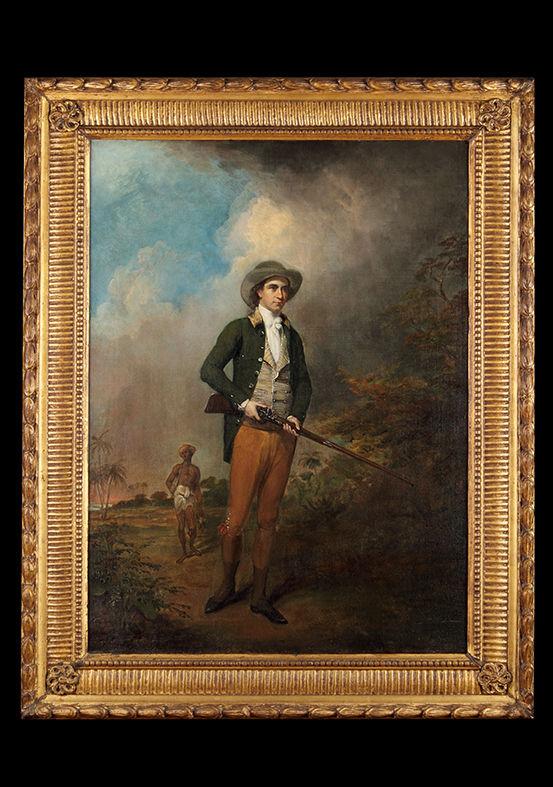 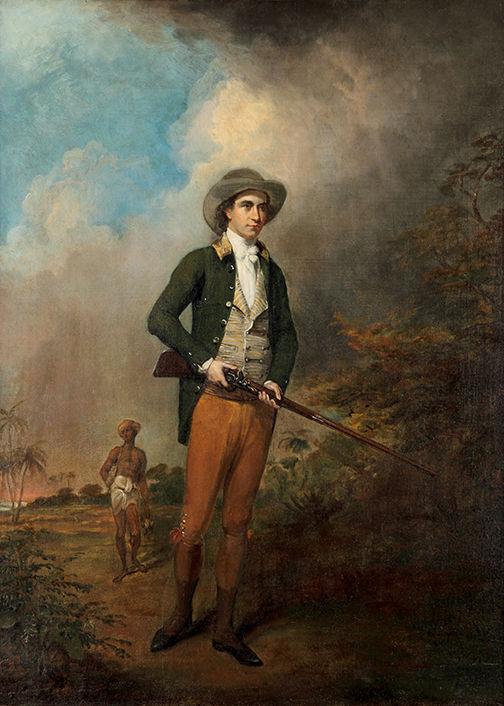 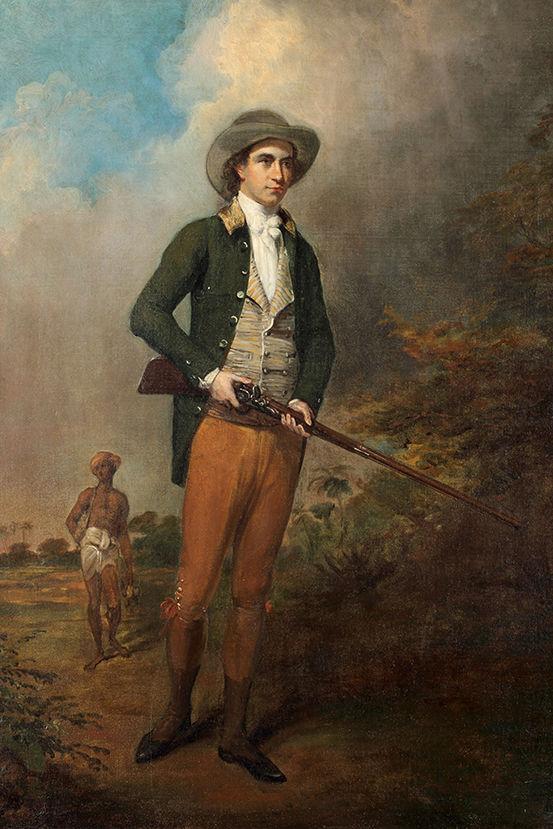 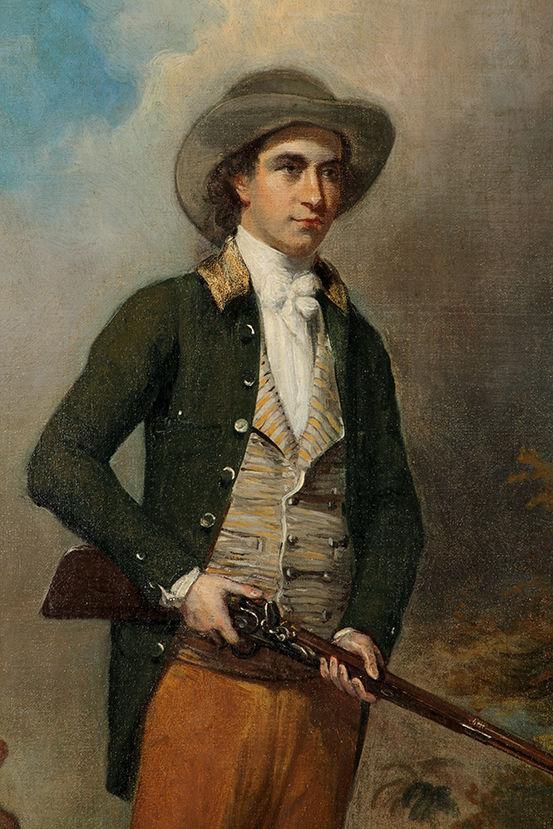 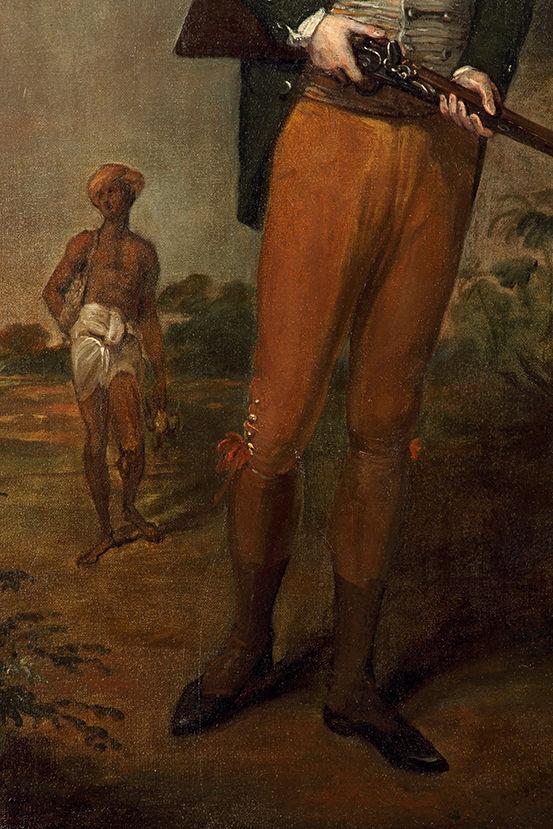 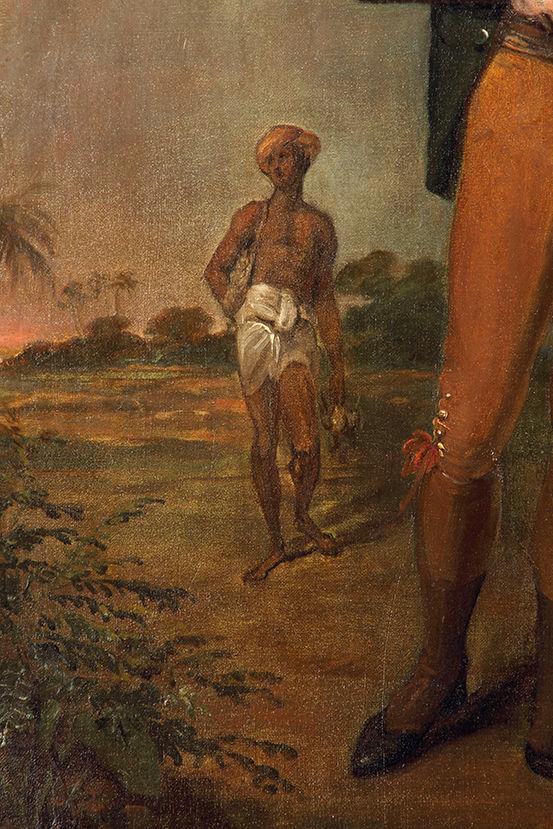 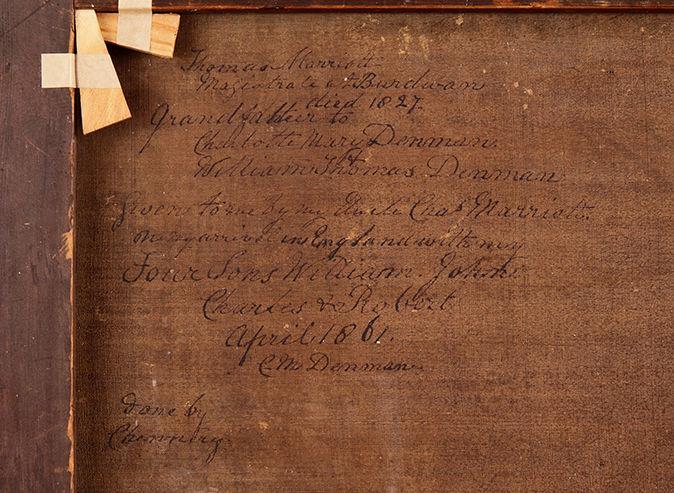 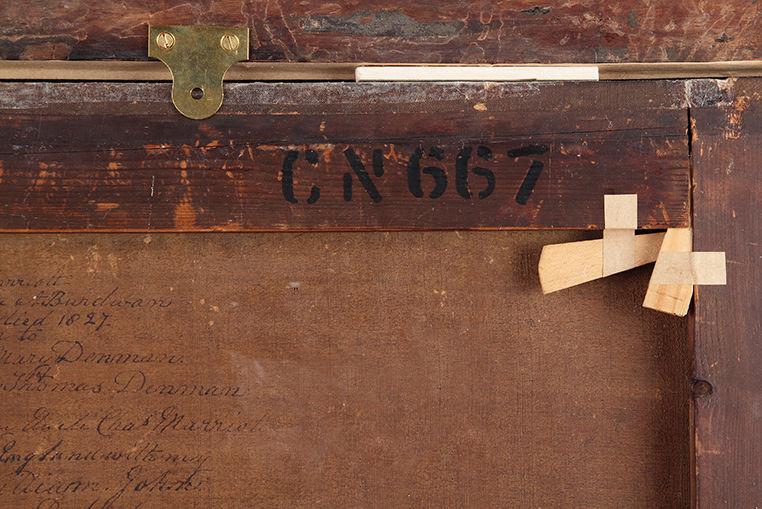 A detailed inscription in ink to the reverse: ‘Thomas Marriott Magistrate at Burdwan died 1827 Grandfather to Charlotte Denman given to me by my uncle Chas. Marriott on my arrival in England with my four sons, William, John, Charles and Robert. April 1861. C.M Denman
Done by Chinnery’

As per inscription then passed to Dr Robert Denman, Director of Medicine in Mauritius then to his son Jack Denman a tea planter in Sri Lanka who was Godfather to M.D Renwick who inherited the painting
By descent to S. Renwick
Ex Private London collection of a Titled Lady

In the late heyday of the East India Company a number of artists with close Irish connections, notably George Chinnery and Thomas Hickey travelled to India to seek their fortune. They sought patronage as much from Mughul and Hindu families as from European settlers and thus forged a fusion between the cultures of the East and West.

A relative of William Hickey, Thomas Hickey was born in Dublin the son of a confectioner from Capel Street. He was trained in the Dublin Society’s Drawing Schools and in 1780 received permission from the East India Company to go to India. After some extraordinary adventures, bearing letters of introduction from Sir Joshua Reynolds to Warren Hastings, he finally arrived in Calcutta in 1784.

He was reputed to be the most sparkling conversationalist and is said to have rarely failed to charm his sitters. His career flourished and one of his finest portraits, in the National Gallery of Ireland, is his 1787 portrayal of a young Bengali muslim woman ‘Bibi Jemdanee’, the common-law wife of his relative William Hickey.

A Lawyer in Calcutta William Hickey said of Jemdanee: ‘she lived with me, respected and admired by all my friends for her extraordinary sprightliness and good humour …’ (Memoirs of William Hickey, Alfred Spencer Vol. IV pg. 385).

Thomas Hickey’s career began to decline when Zoffany returned to Calcutta in 1786, so he embarked on further adventures accompanying Lord George Macartney to China on a diplomatic mission and became the expedition’s official portrait painter.

He returned to Ireland after the death of his brother, John, in January 1796, but by 1797 he had returned to India in time for the start of the Fourth Mysore War. He was immediately commissioned to make a number of sketches of the family members of Mysore’s ruler, Tipu Sultan.

These portrait sketches were drawn between 1799 - 1801 in Sirrangapatua and Vellove. Hickey never left India again, living in Madras, he died in 1824.