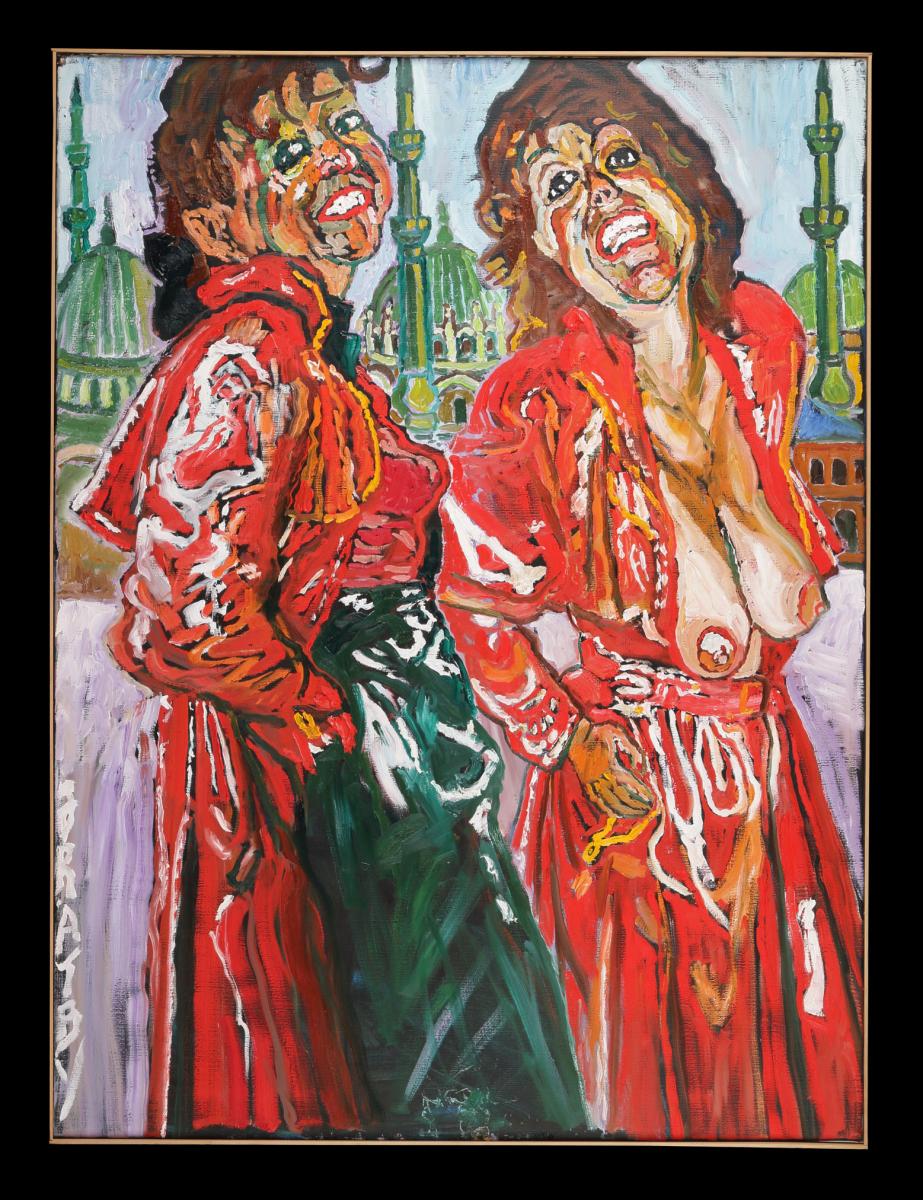 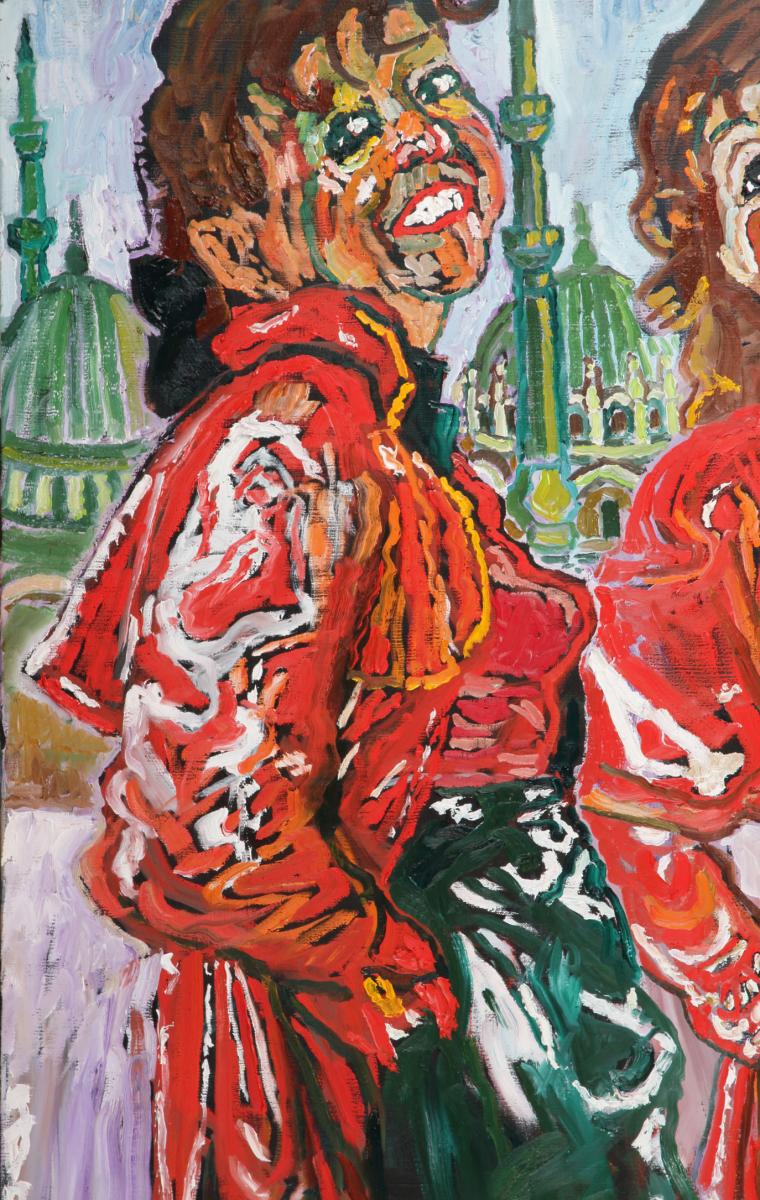 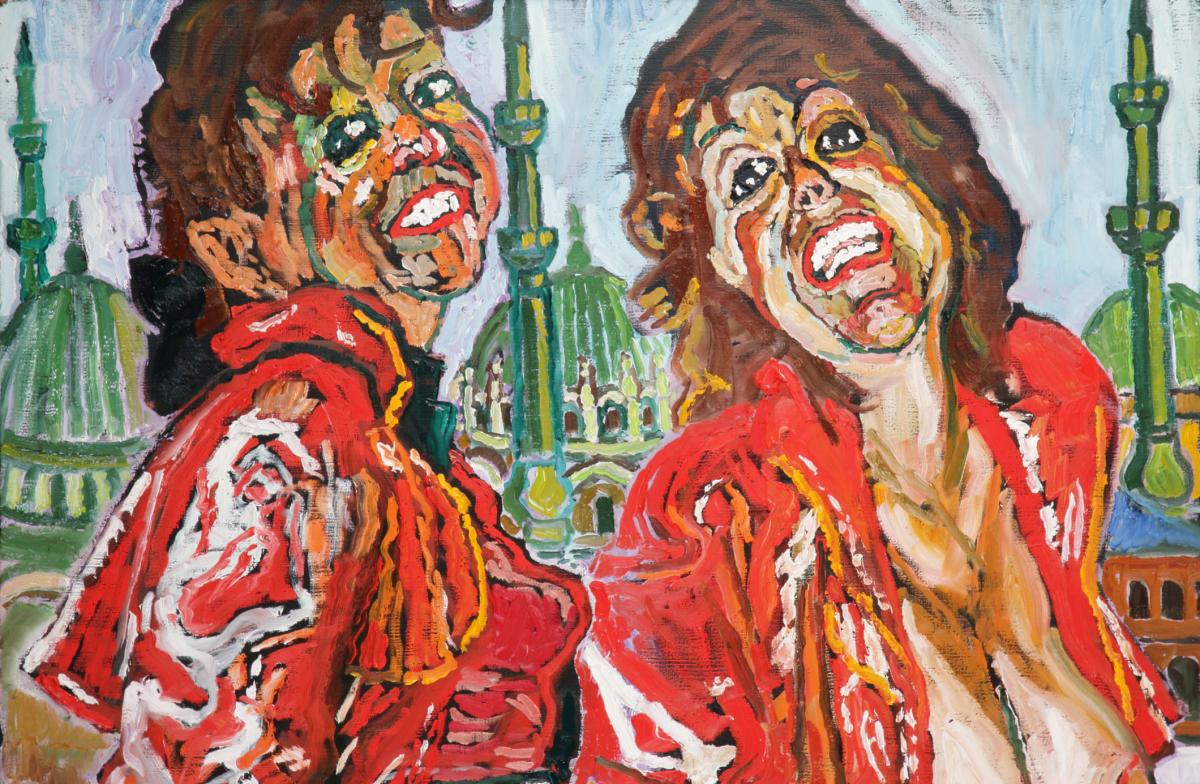 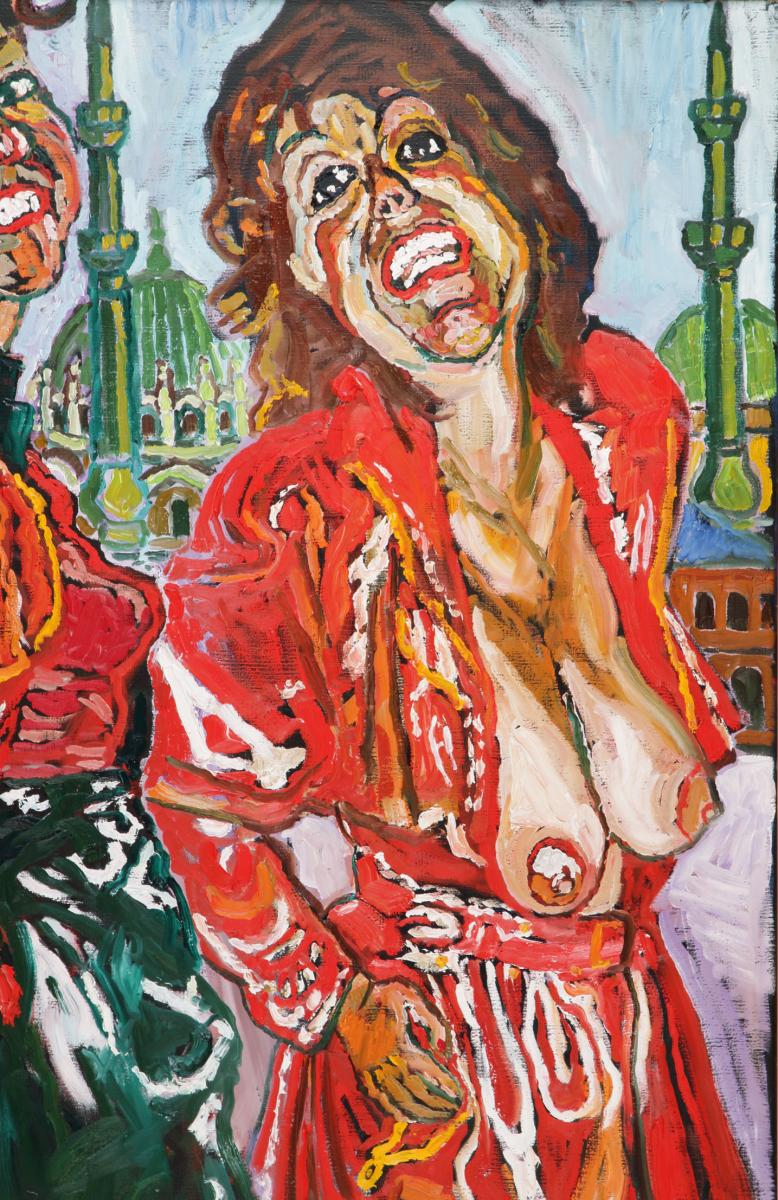 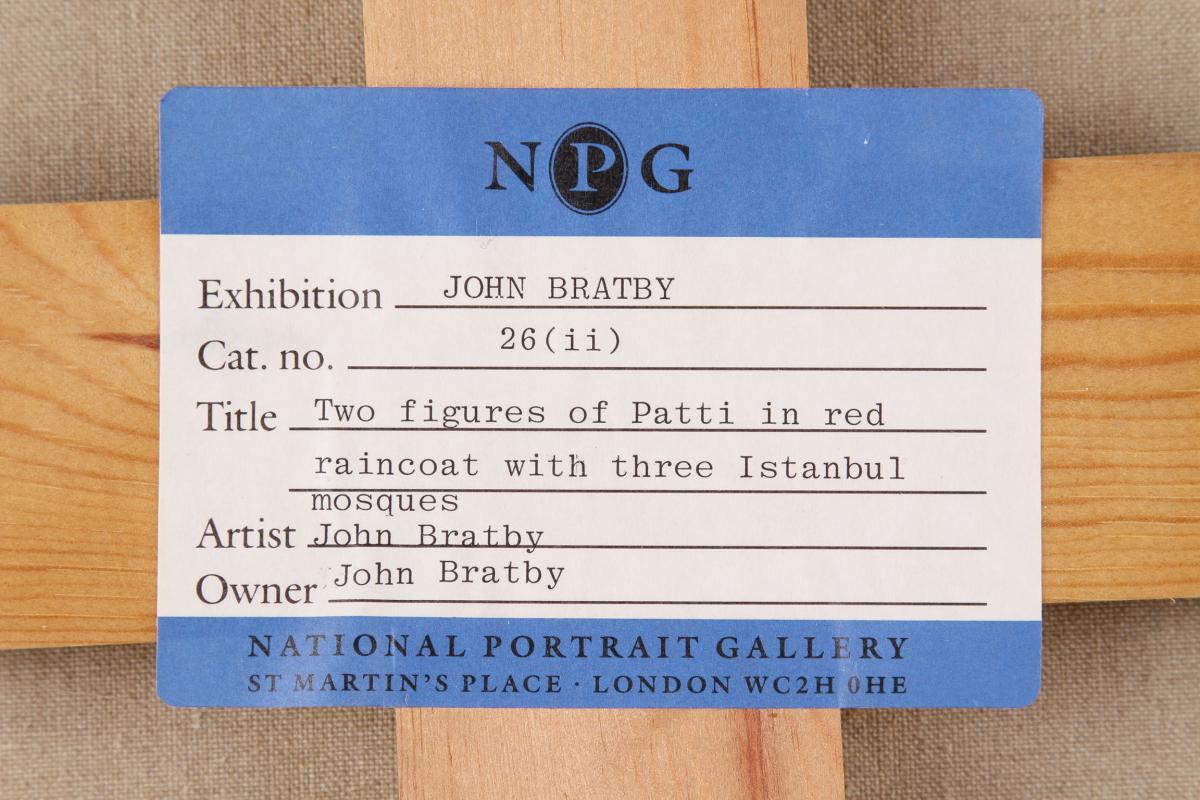 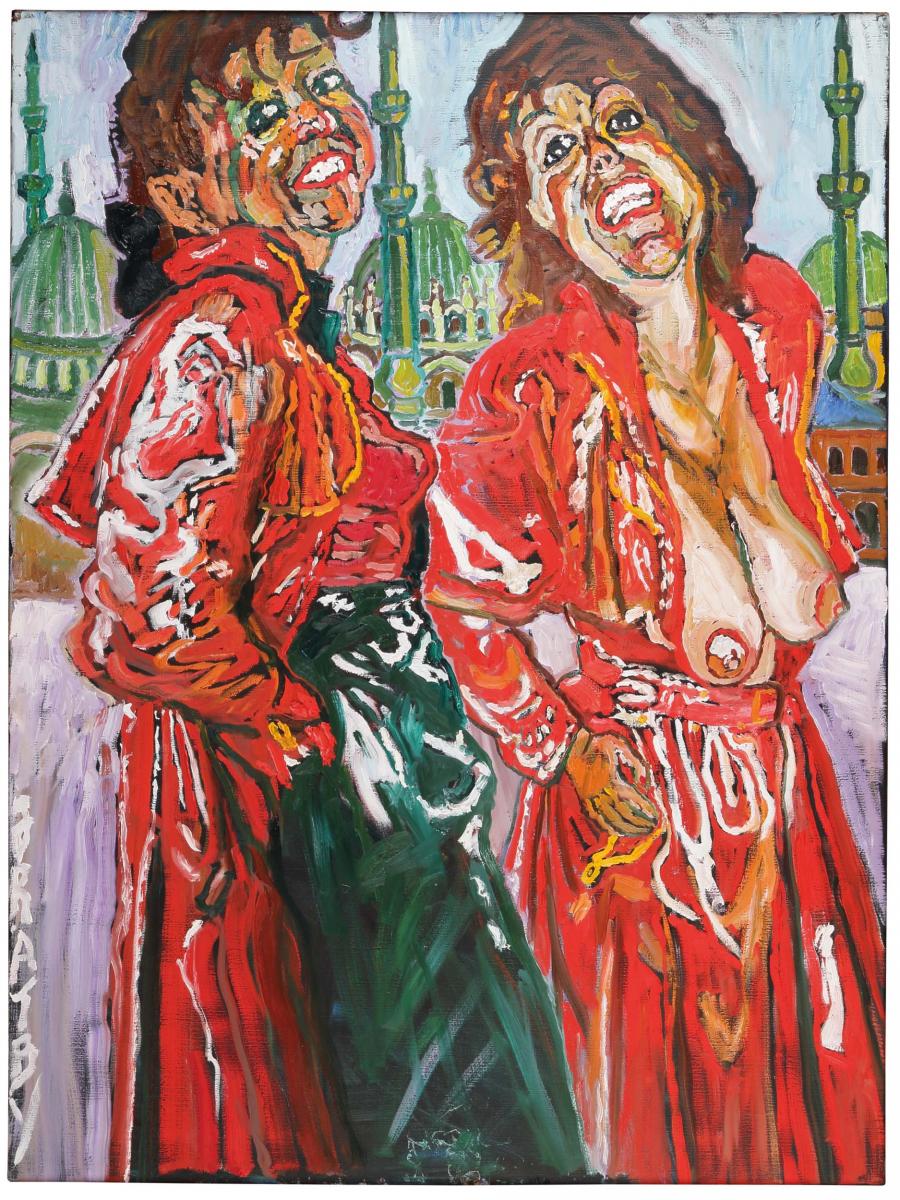 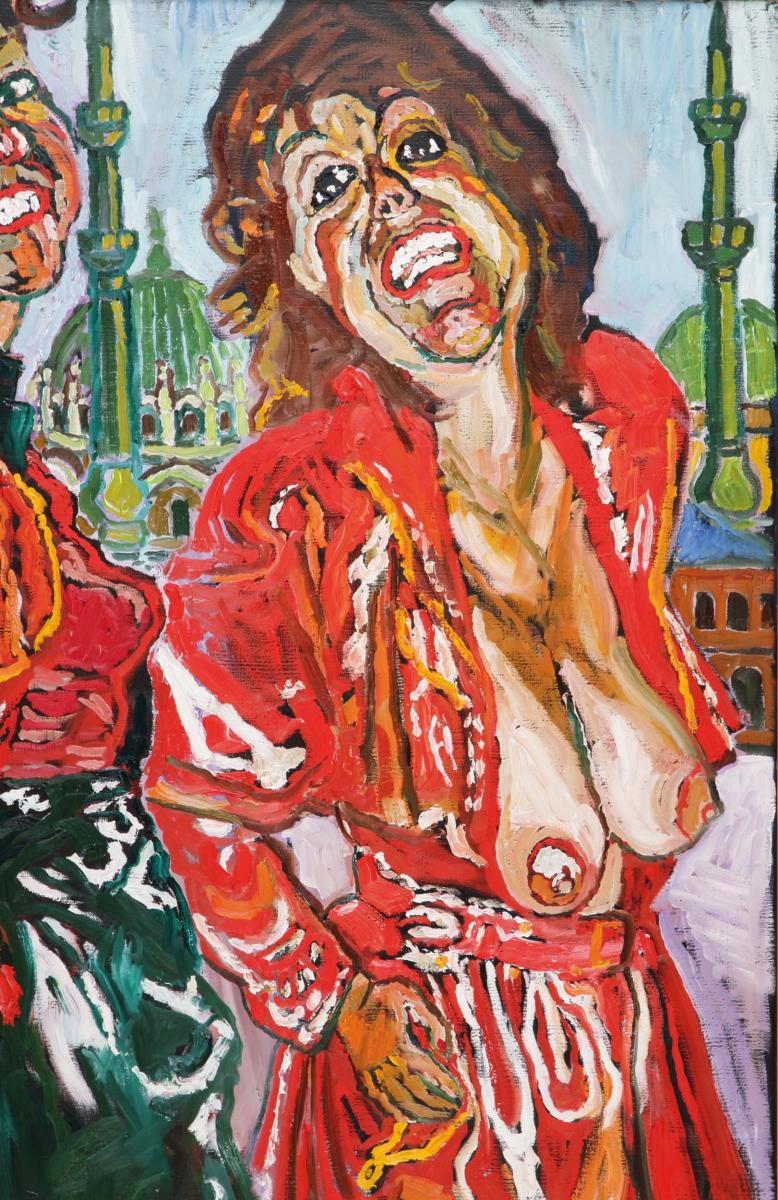 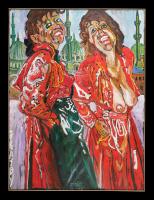 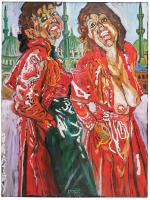 cf: A similar ‘Self Portrait in Missoni Cardigan with Patti in Red and Istanbul Mosques’ in Yale Centre for British Art Connecticut U.S.A. (B1998.24.2)

John Bratby was a founder of the English ‘Kitchen Sink' school of Art. Many of his works were portraits of his friends, celebrities and family. This portrait is of his second wife Patti, who he met through a ‘lonely hearts’ column and married in 1977. The background depicts Istanbul and three of its mosques, travel providing inspiration for much of his painting in the 1980’s.
In 1956, Bratby and the other ‘Kitchen Sink’ artists Edward Middleditch, Jack Smith and Derek Greaves were chosen to represent Britain at the Venice Biennale. Bratby’s social-realist scenes of domestic life anticipated the later ‘Pop Art’ movement of the 1960’s. In the same year, 1956, his ‘Still Life with Chip Frier’ was purchased by the Tate Gallery of London. This later portrait in his usual bright unforgiving palette of colour, shows off his devoted wife to the world with his unmistakable life-enhancing vulgarity. 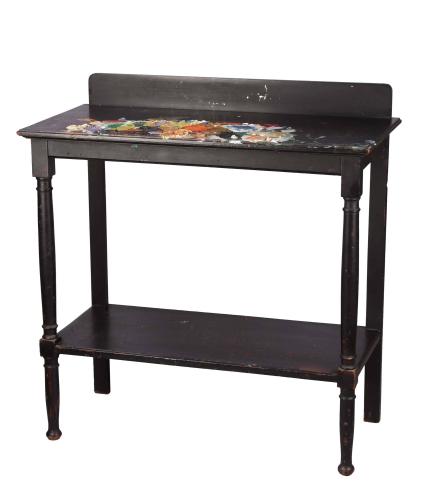 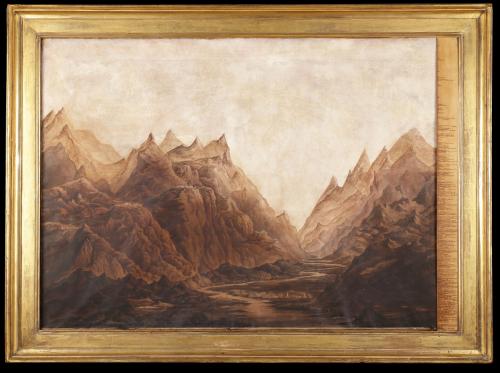 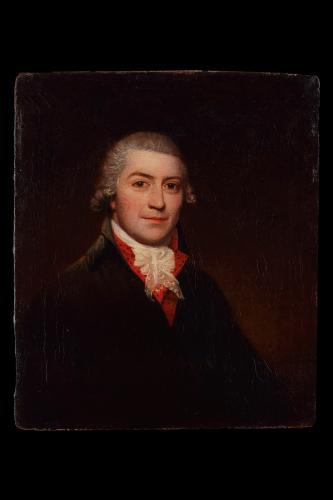