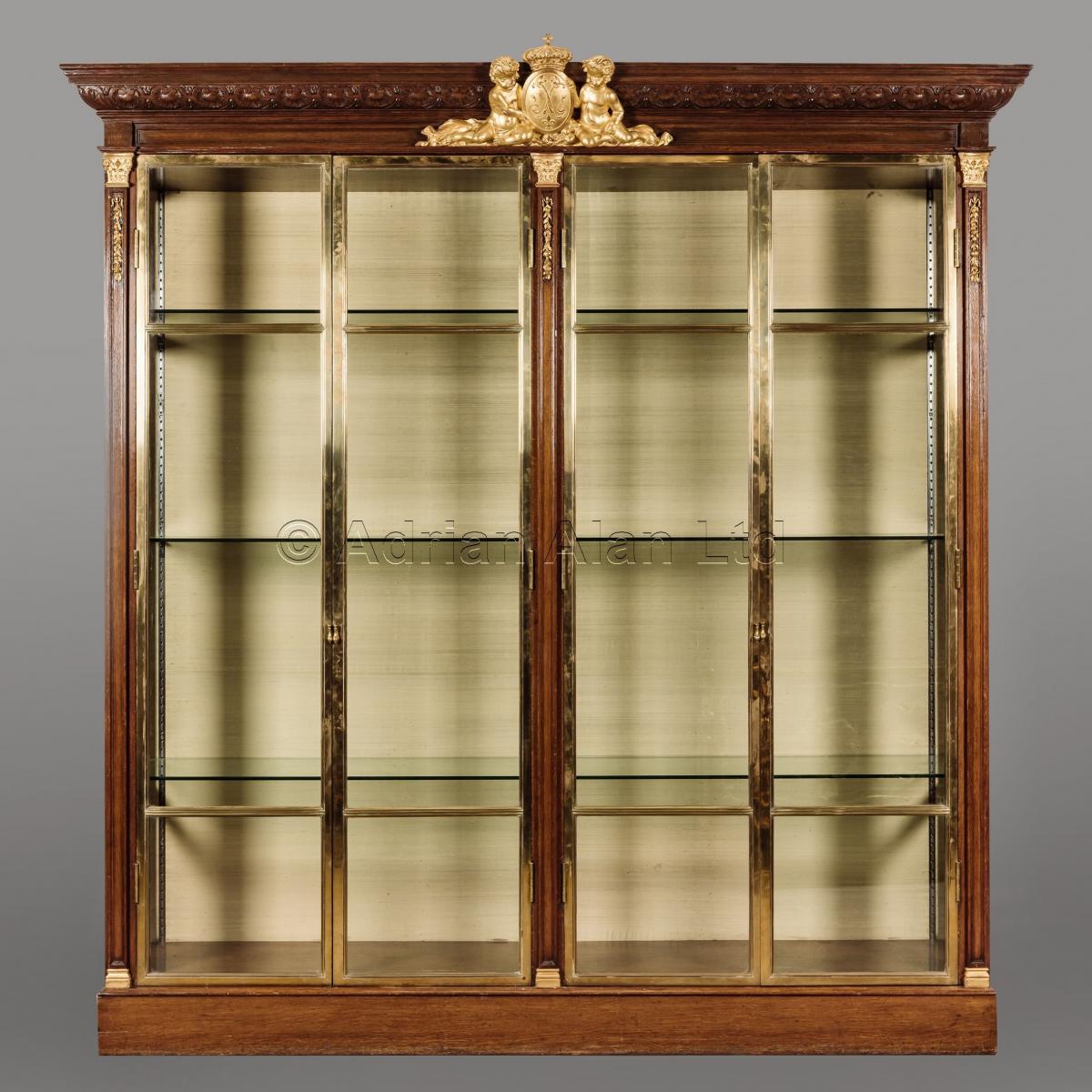 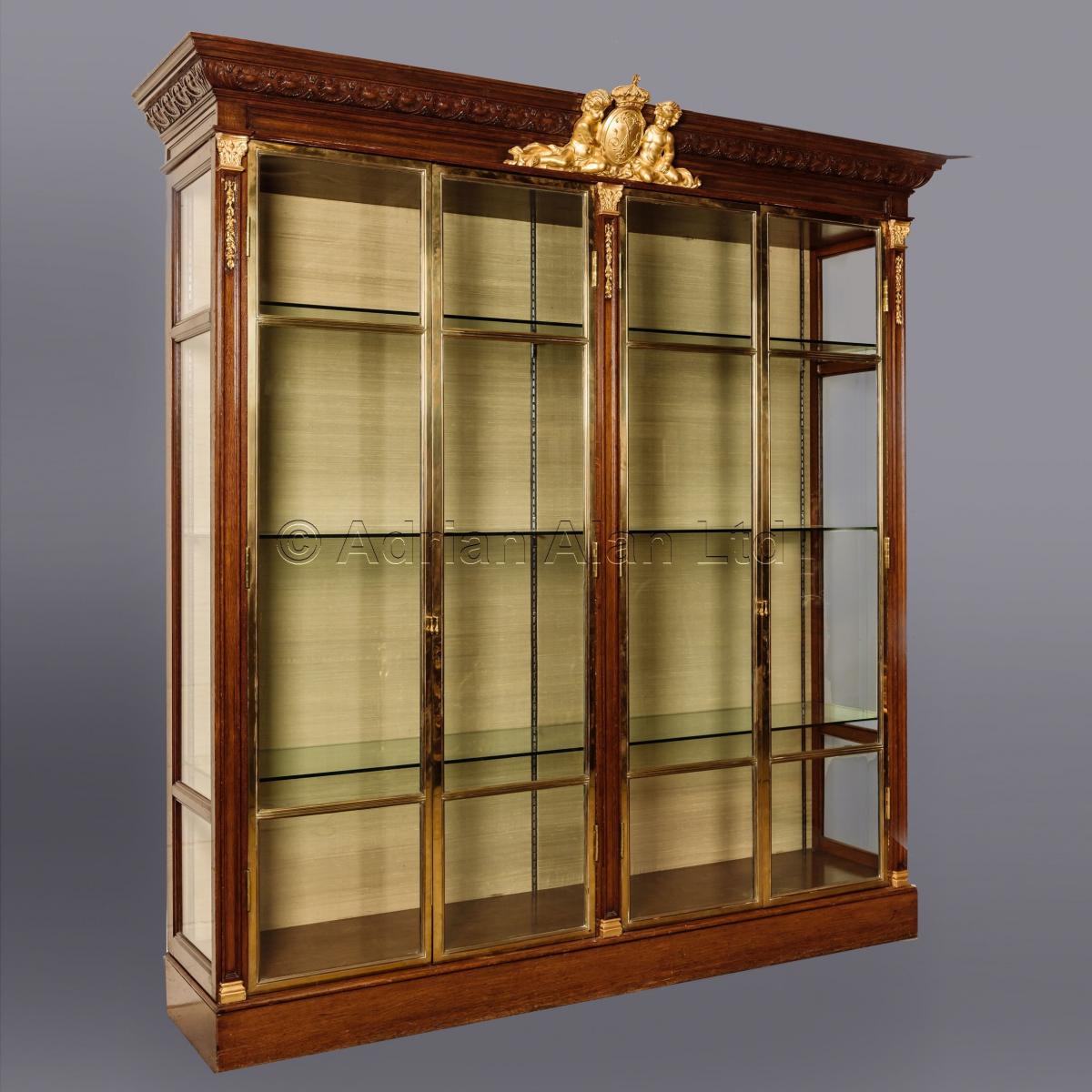 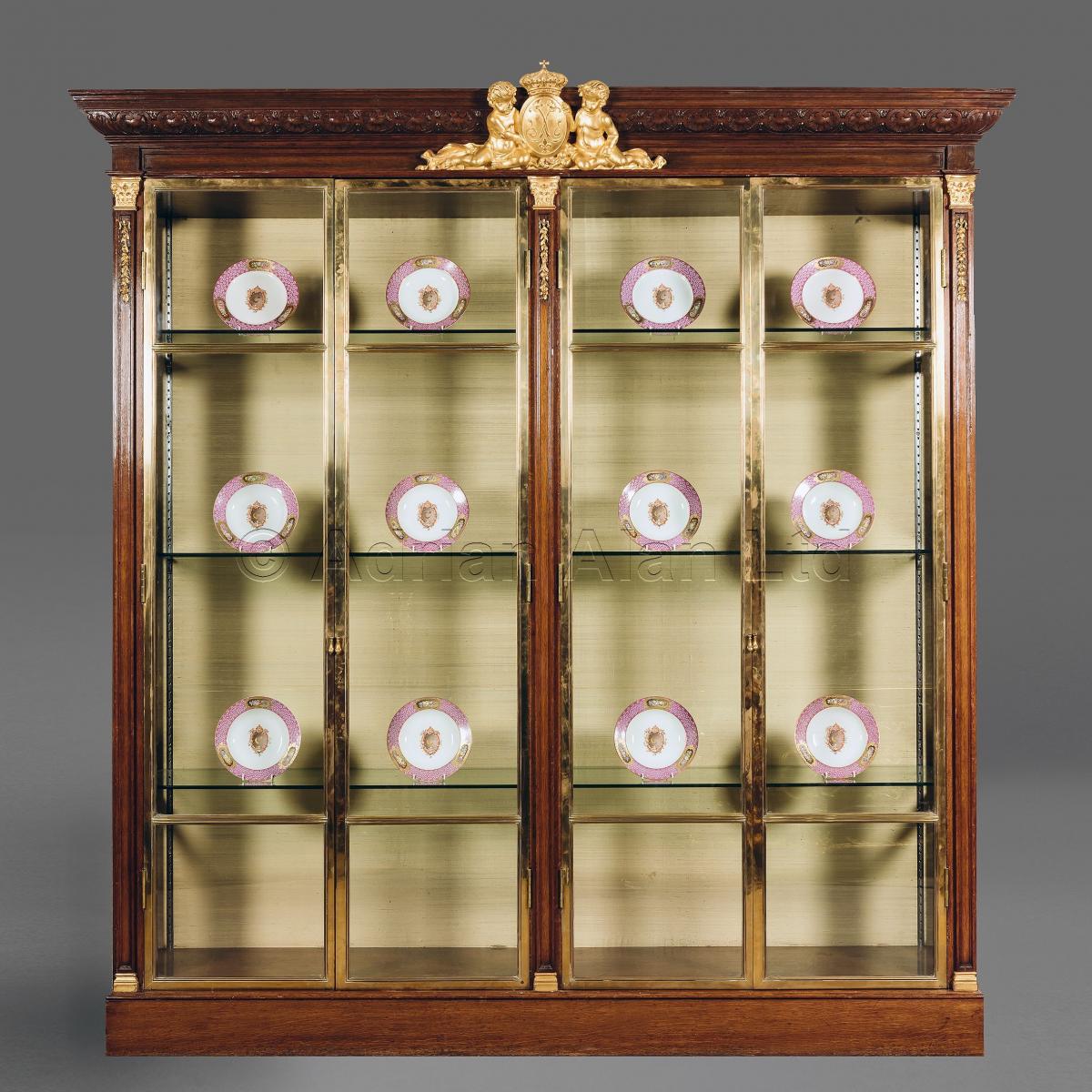 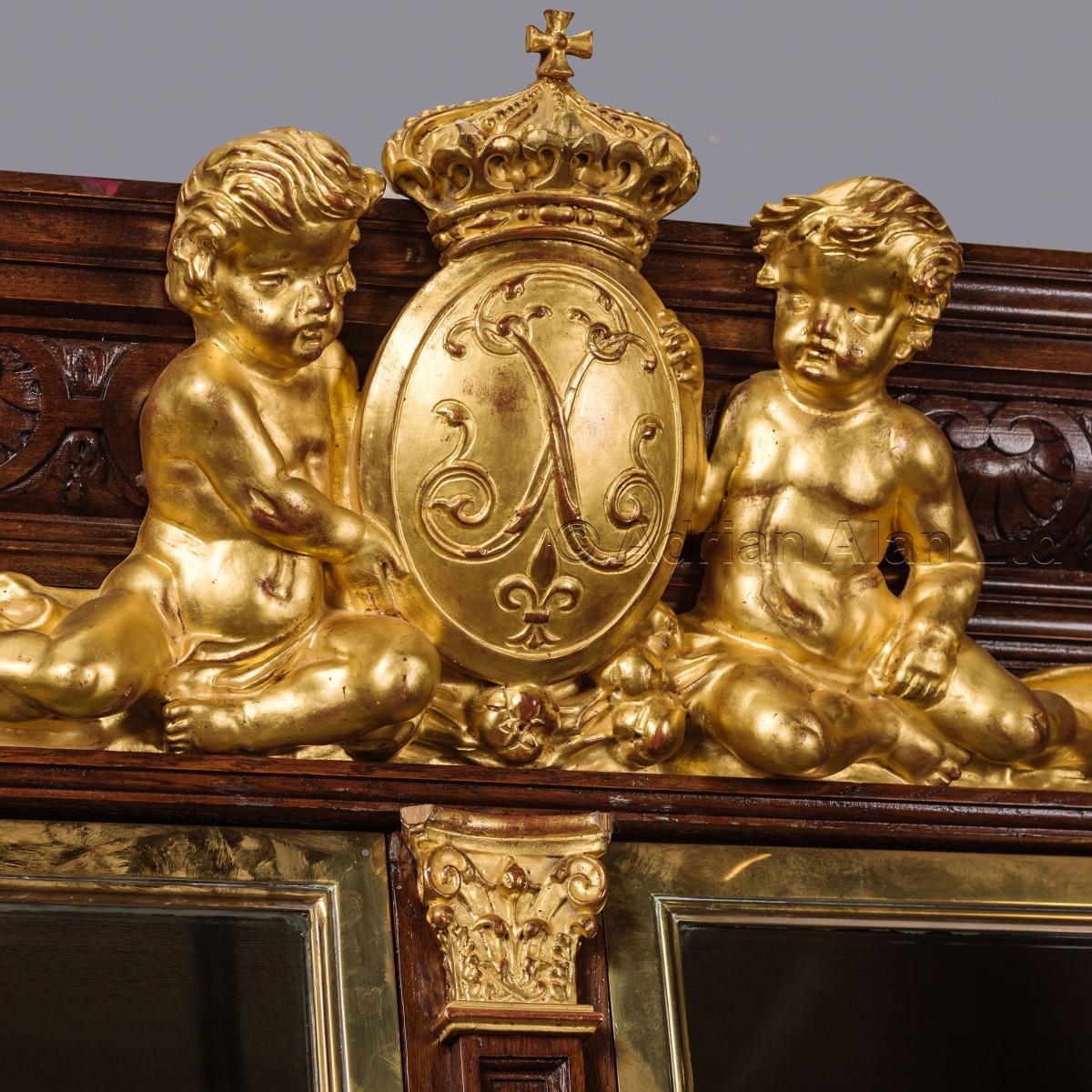 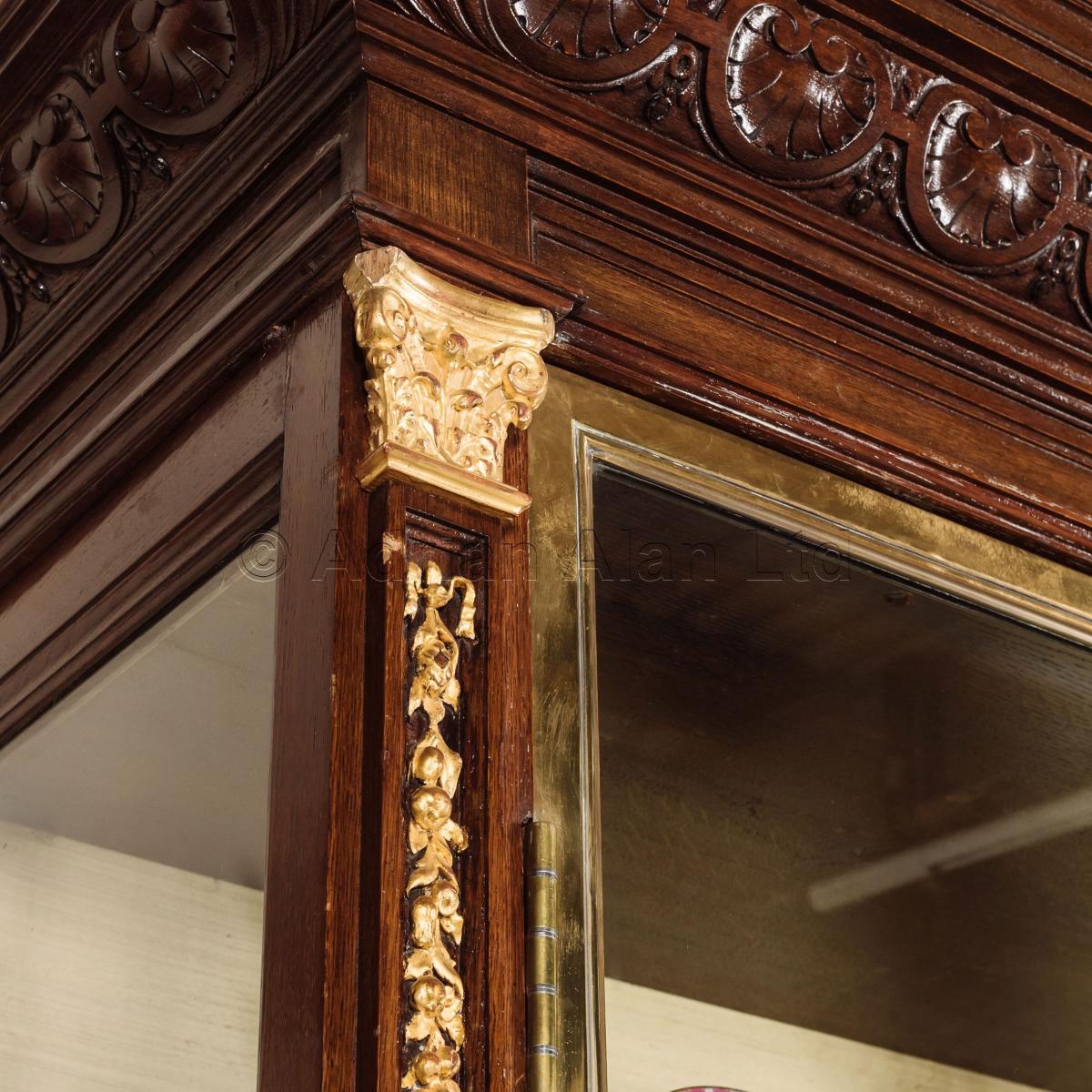 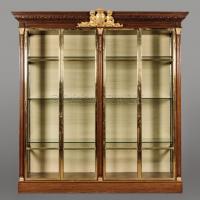 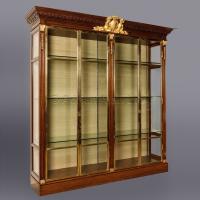 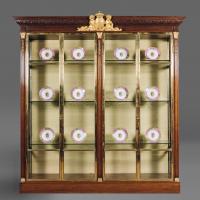 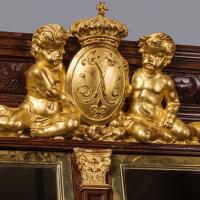 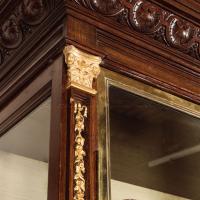 An Important Oak, Giltwood And Bronze Four Door 'Grande Vitrine'.  The projecting cornice finely carved with a frieze of linked coquillage centred by a sculptural giltwood cresting of a crowned shield displaying the double 'L' monogram above a Fleur-de-lis of Louis Philippe and flanked by playful putti, below three pilaster uprights each with gilded Corinthian capitals and trailing foliate relief, frame two sets of brass faced bronze doors fitted with plate glass and opening to an interior containing three shelves, the sides similarly glazed and the whole raised on a plain square section base.

This vitrine was formerly in the collection of the Monseigneur Le Comte de Paris et Madame la Comtesse de Paris from the Villa La Quinta Do Anjiho in Portugal.

When, after the Second World War, the Count and Countess of Paris (Duc and Duchesse d'Orleans) moved to La Quinta, they decorated the villa almost entirely with furniture and works of art from the estate of the Duc de Guise.

Before the war, most of the pieces were in other residences belonging to the family, namely the House of Anjou near Brussels, Le Mouvion en Thierarche near Lille, Arc en Barrois in Eastern France and the magnificent palace of Orleans in Palermo.