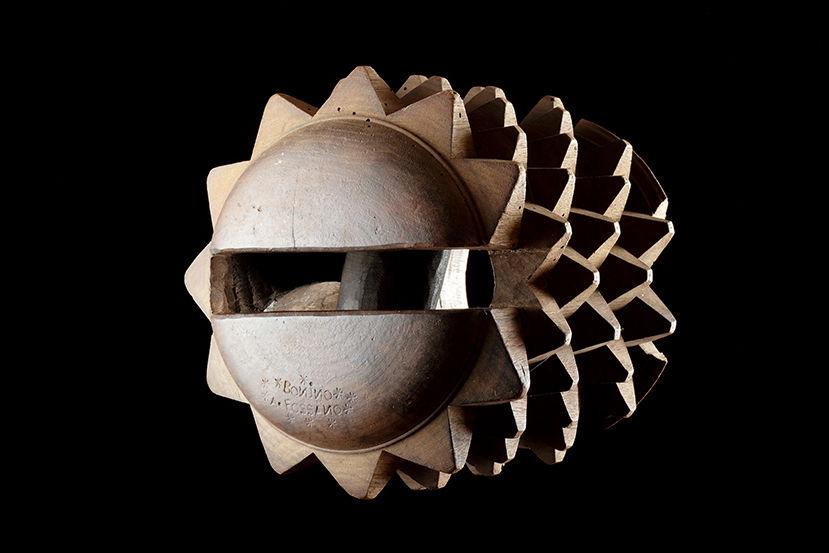 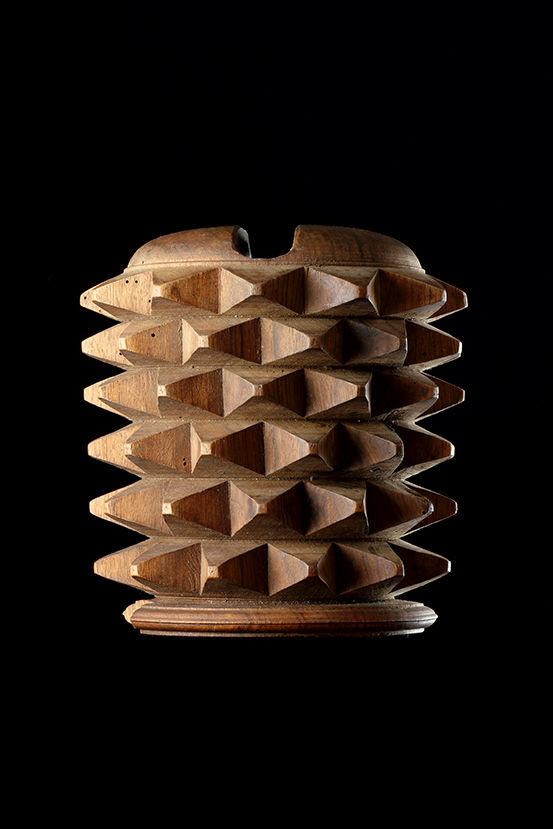 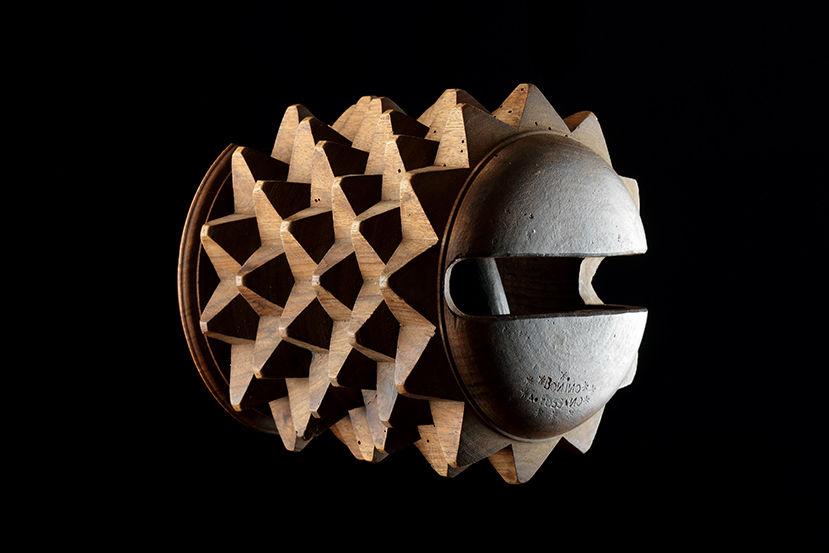 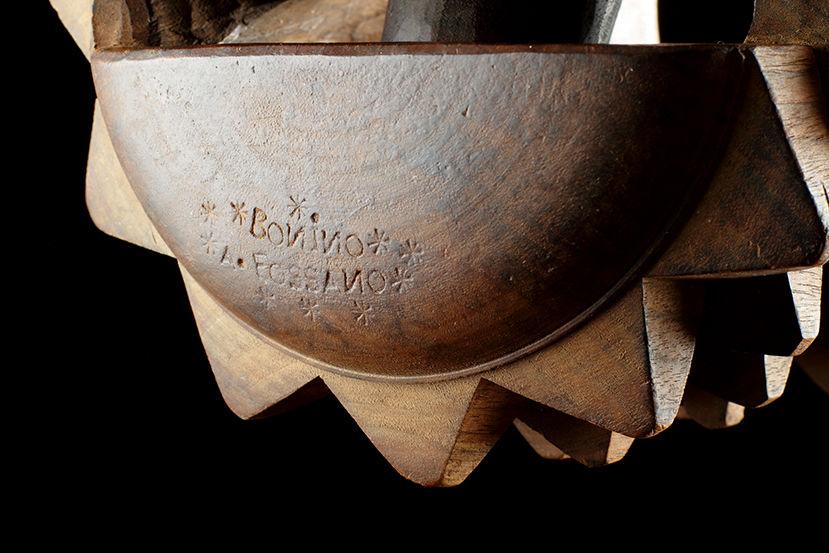 The top inscribed with the name ‘Bonino. A. Fossano’

cf: A carved stone figure of a dwarf wearing a Braccia can be seen in the Salzburg museum at Schloss Mirabell Austria

‘Pallone col Bracciale’ was a traditional Italian ball game played by young men called ‘pallonista’ wearing the wooden spiked glove over the forearm which was used to strike an inflated ball back and forth on courts that were marked out often on the town streets.

‘Braccia’ exists for both the left and right hands and were usually made to measure. The inscription on the glove may refer to the owner rather than the maker.

A designated ‘mandarino’ or server was used to put the ball into play and the receiving players were allowed to reject any of the serves. The scores were made in tens and fifteens, much like tennis, with the first team to gain 12 games being the winner.

Violent play often resulted in broken limbs as the ‘braccia’ weighed up to two kilos and could be used to deliberately inflict injury.

The game was popularly played in Italy from the mid 16th century, when the first official regulations were written out in 1555 by Antonio Scaino from Salӱ, to around 1910.

The professional players of the game, ‘pallonista’, were the highest paid sportsmen in the world with some, like the modern footballer, achieving celebrity status.

Four differing versions of the game are still played in Europe, America and Argentina with a smaller modern hard rubber ball and a much lighter and less dangerous ‘braccia’.

It is thought that the game may have an originally come from pre-Columbian South America as it is known that the Taino peoples played a similar game hitting a ball against a wall, which would have been seen and brought back to Europe by the Spanish conquistadors.

It is said that the painter Veronese was exiled from the city of Verona for a time after putting out the eye of another ‘pallonista’ whilst swinging the ‘braccia’ on his forearm too wide.