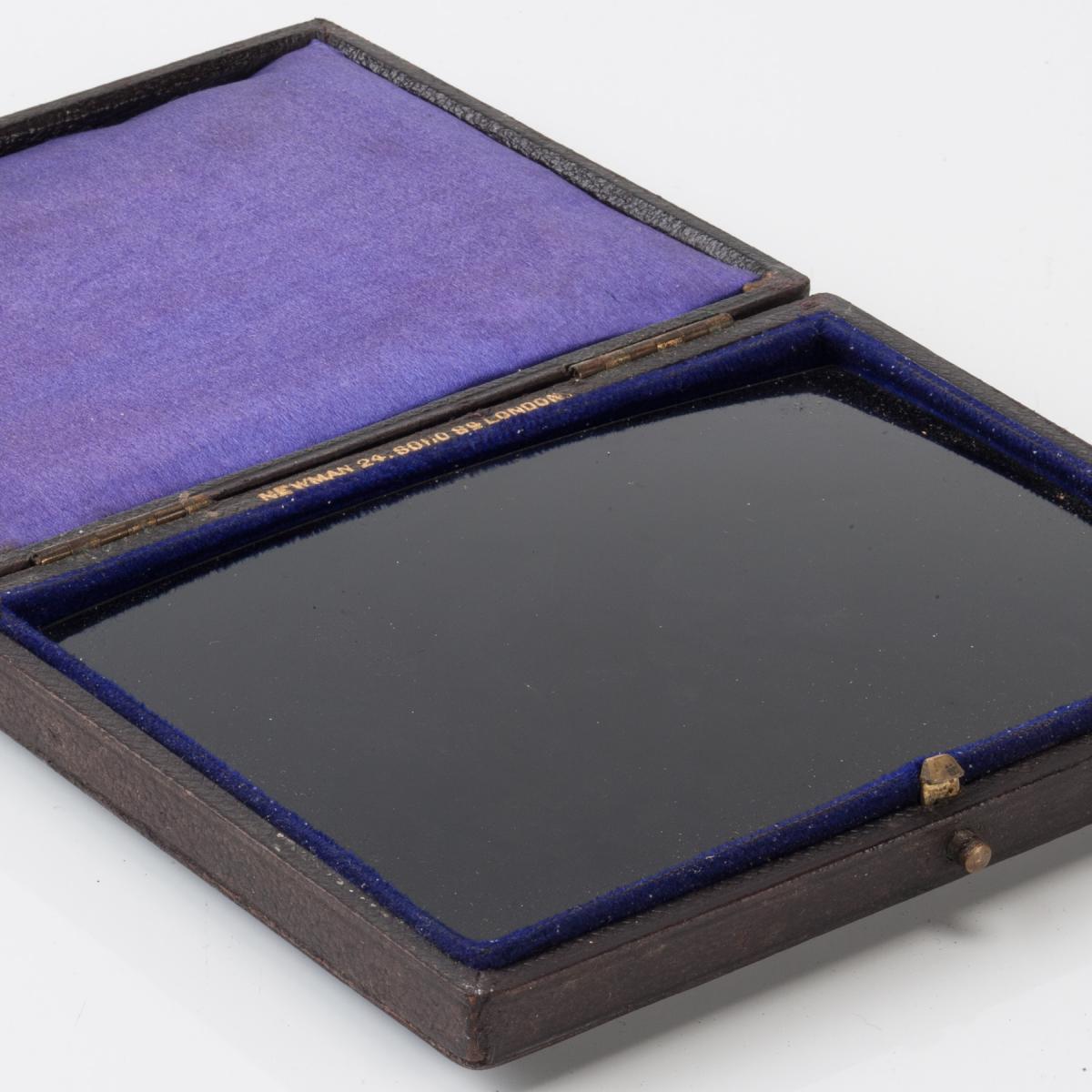 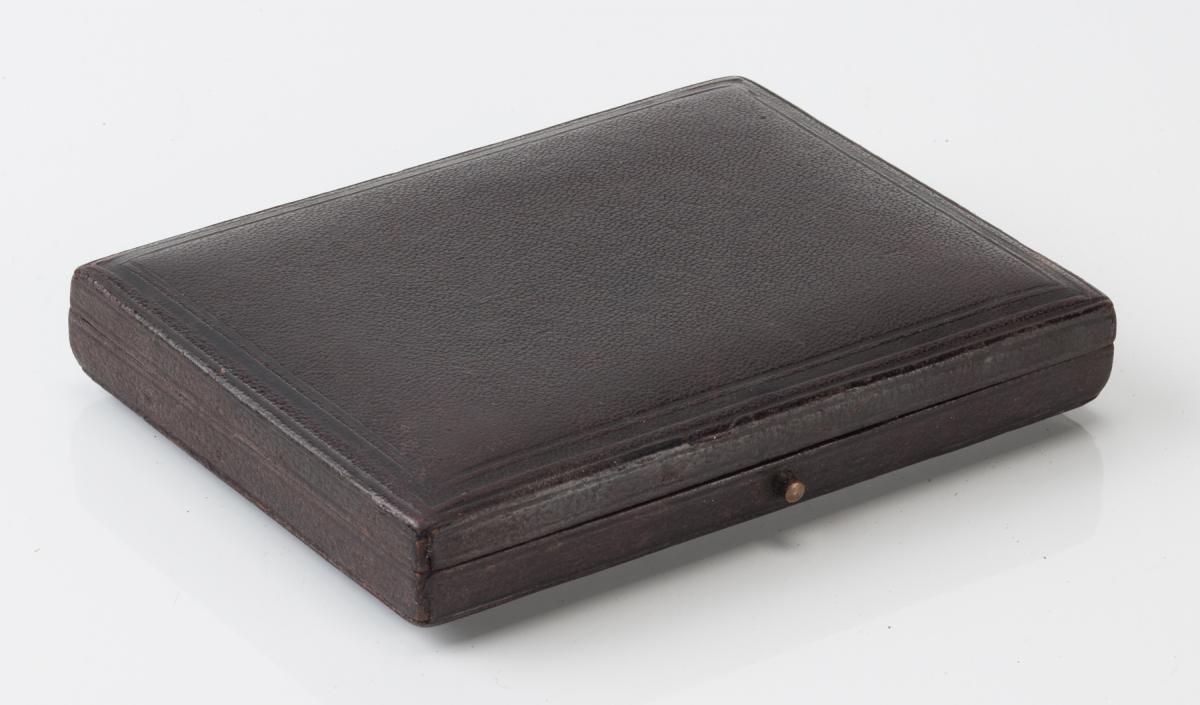 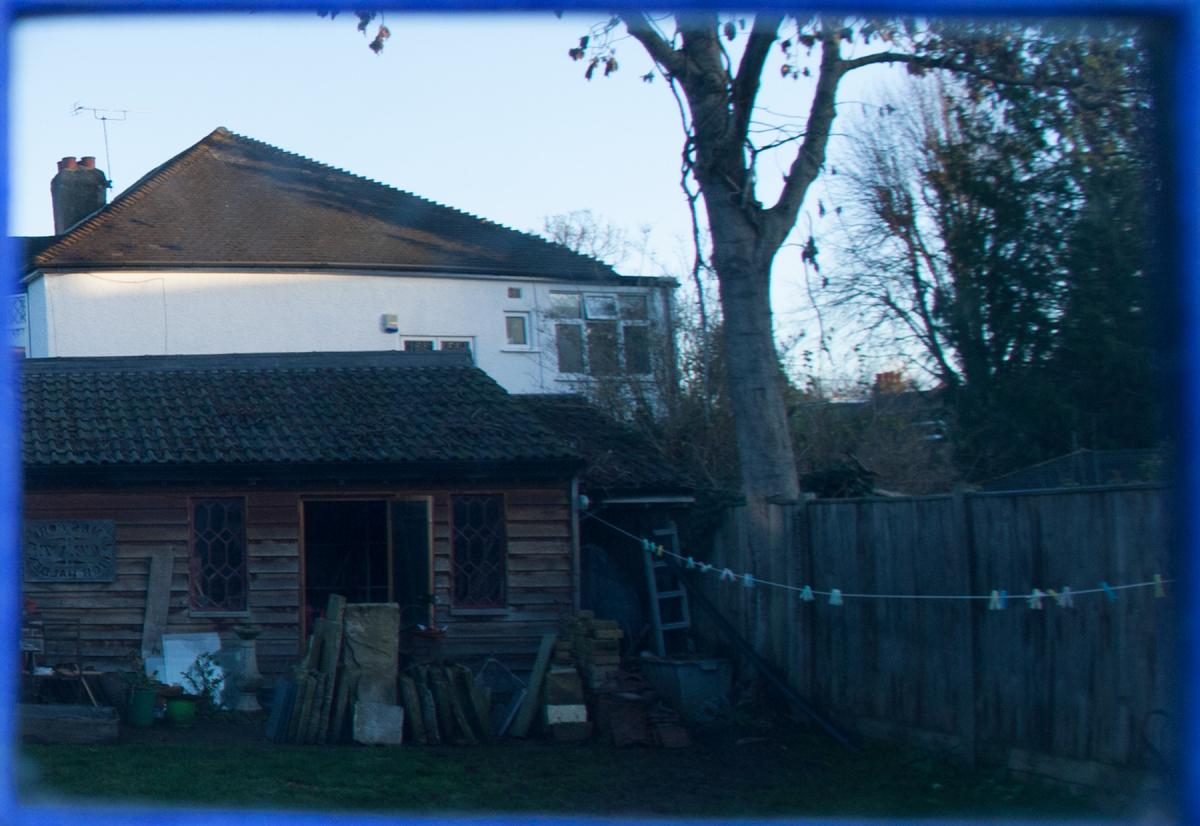 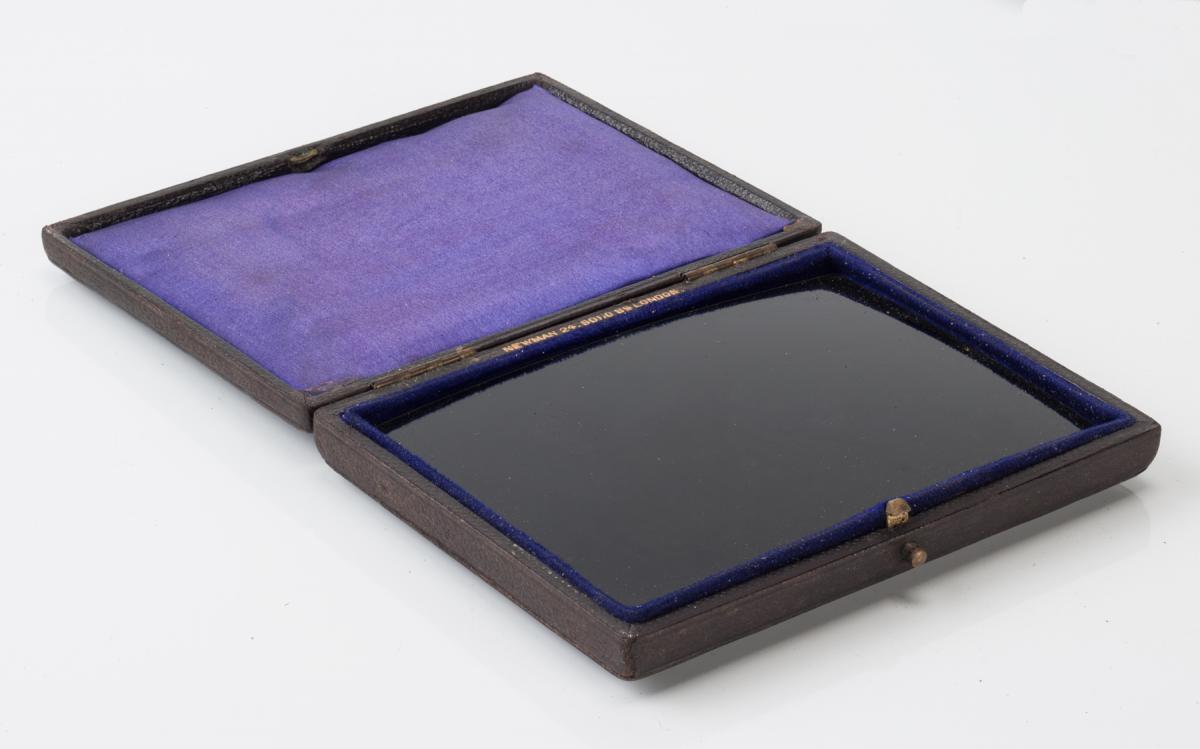 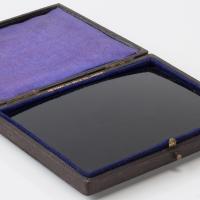 A small, fine, Victorian Claude or Gray Glass, made for and retailed by Newman.

Known as a Claude, Lorraine or Gray Glass, these artist's requisites are titled after the great 17th century landscape painter, Claude Lorrain, whose name became synonymous with the picturesque aesthetic of the late 18th century. Also referred to as a Gray Glass after its use was popularized by the poet Thomas Gray in his Journal of his Tour in the Lake District, published posthumously in 1775. The glass is a cased tablet of solid, almost black glass, polished to a convex surface and carried by an artist or enthusiast in their pocket. The user would turn their back to a scene and observe the landscape reflected on its surface with the added picturesque aesthetic of subtly graduated tones. Such a glass has the effect of abstracting the subject reflected in it from its surroundings, reducing and simplifying the colour and tonal range to give a painterly quality. The artist's suppliers business of James Newman was amongst the most important of such businesses from late in the 18th century through to the mid 20th century. Most of this time was spent trading from Soho Sq. (1801-1937).