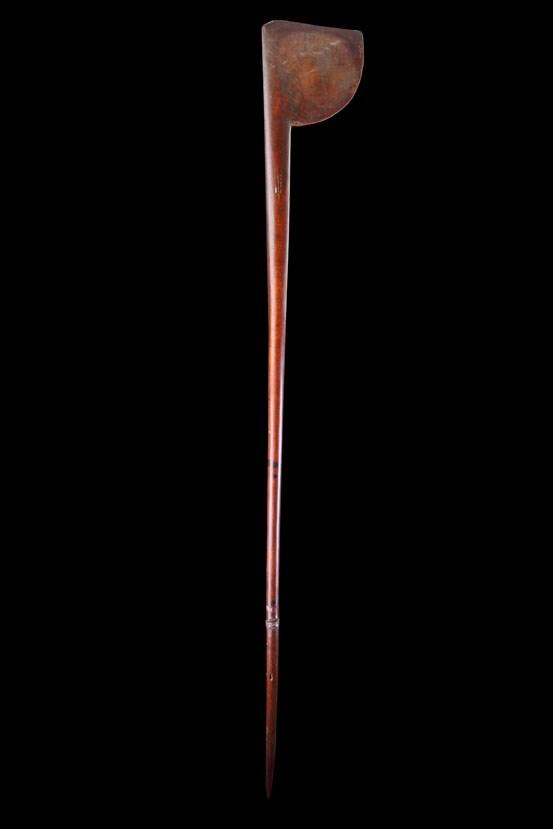 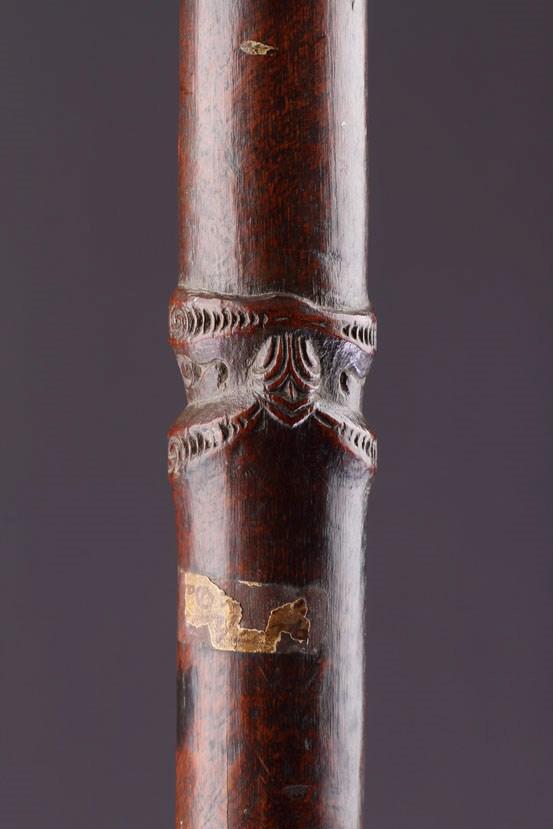 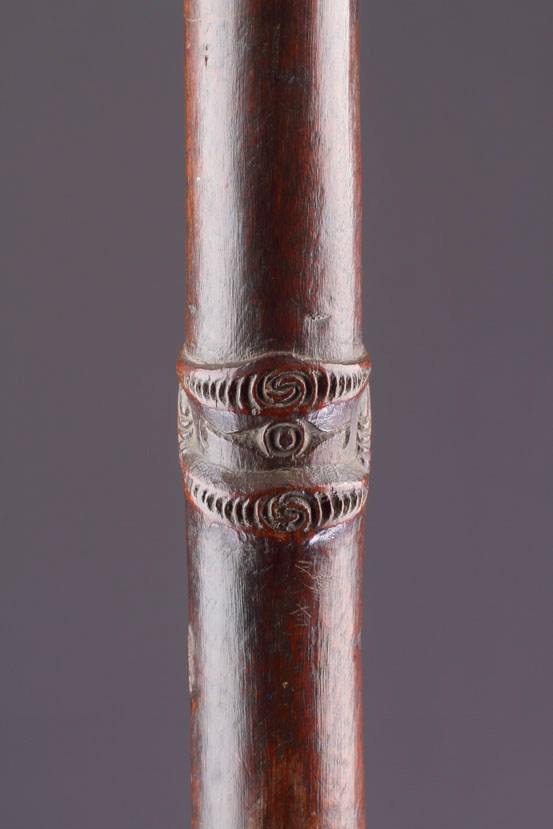 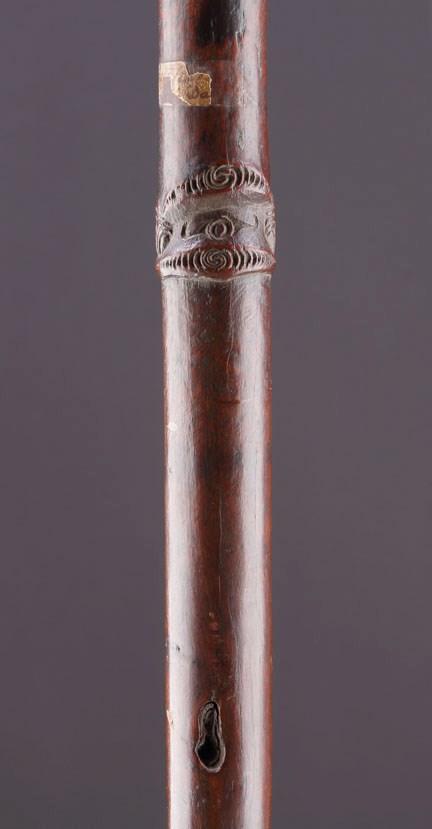 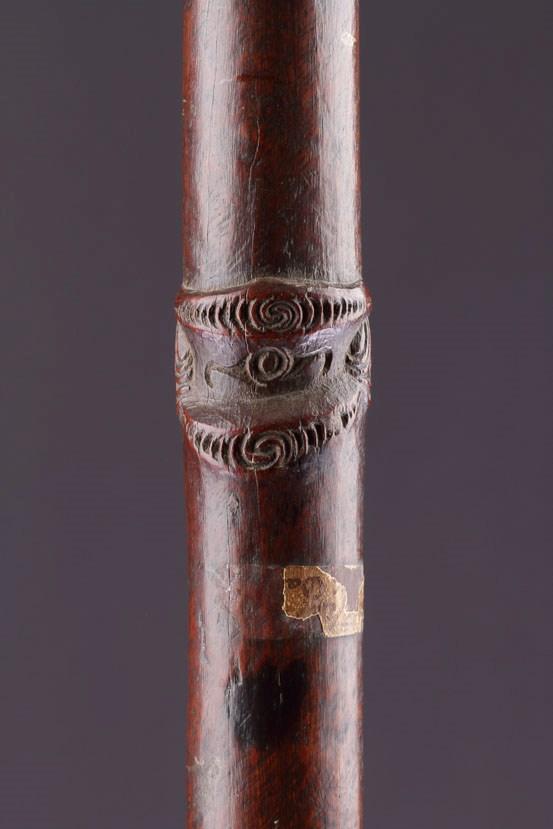 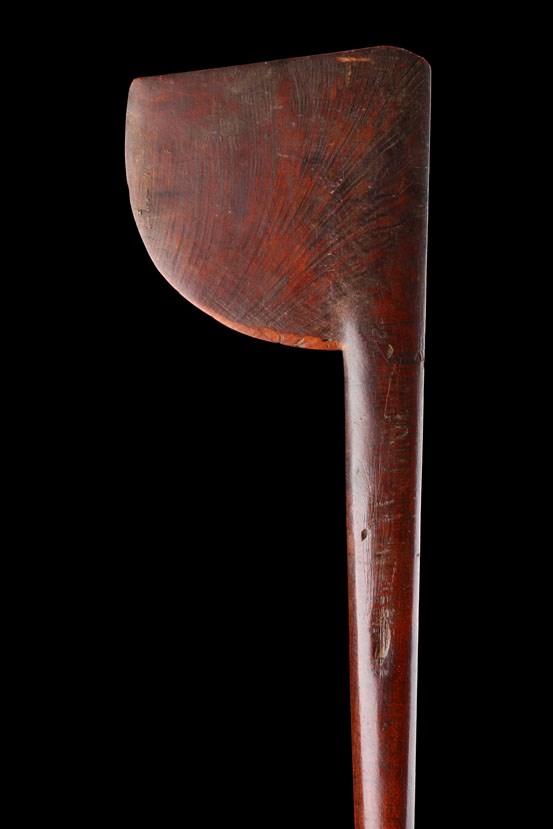 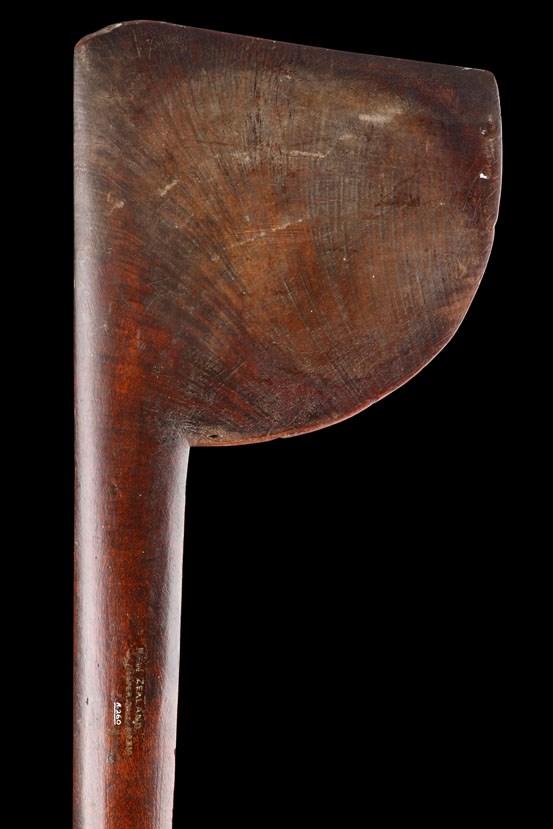 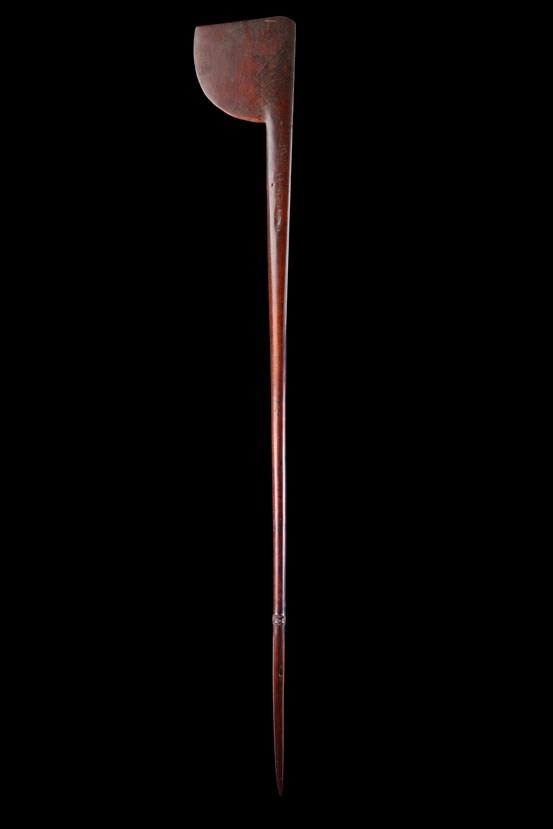 The ‘Tewhatewha’ was a New Zealand Maori two-handed club with an expanded end at the blade which was used both as a weapon and signalling device by the commander of an army, the expanded surface making it clearly visible.

The ‘Tewhatewha’ caught the eye of the Europeans, as the expanded axe-like blade often had hawk or pigeon feathers attached through a small hole which would quiver in the wind, and were flicked across an opponent’s face to distract him and permit a blow delivered with the thick back of the blade.

When swung like a quarterstaff the enemy would be struck by the straight edge behind the flat surface, often in the side of the head.

Warfare was common amongst the Maori as demonstrated by the large number of fortifications known as ‘Pa’ built by them and the wide range of weapons developed.

Fighting was an integral part of Maori life and every adult male became a warrior when circumstances demanded. They were rigorously trained from youth in martial exercises and weaponry as there existed prescribed fighting techniques for each weapon.