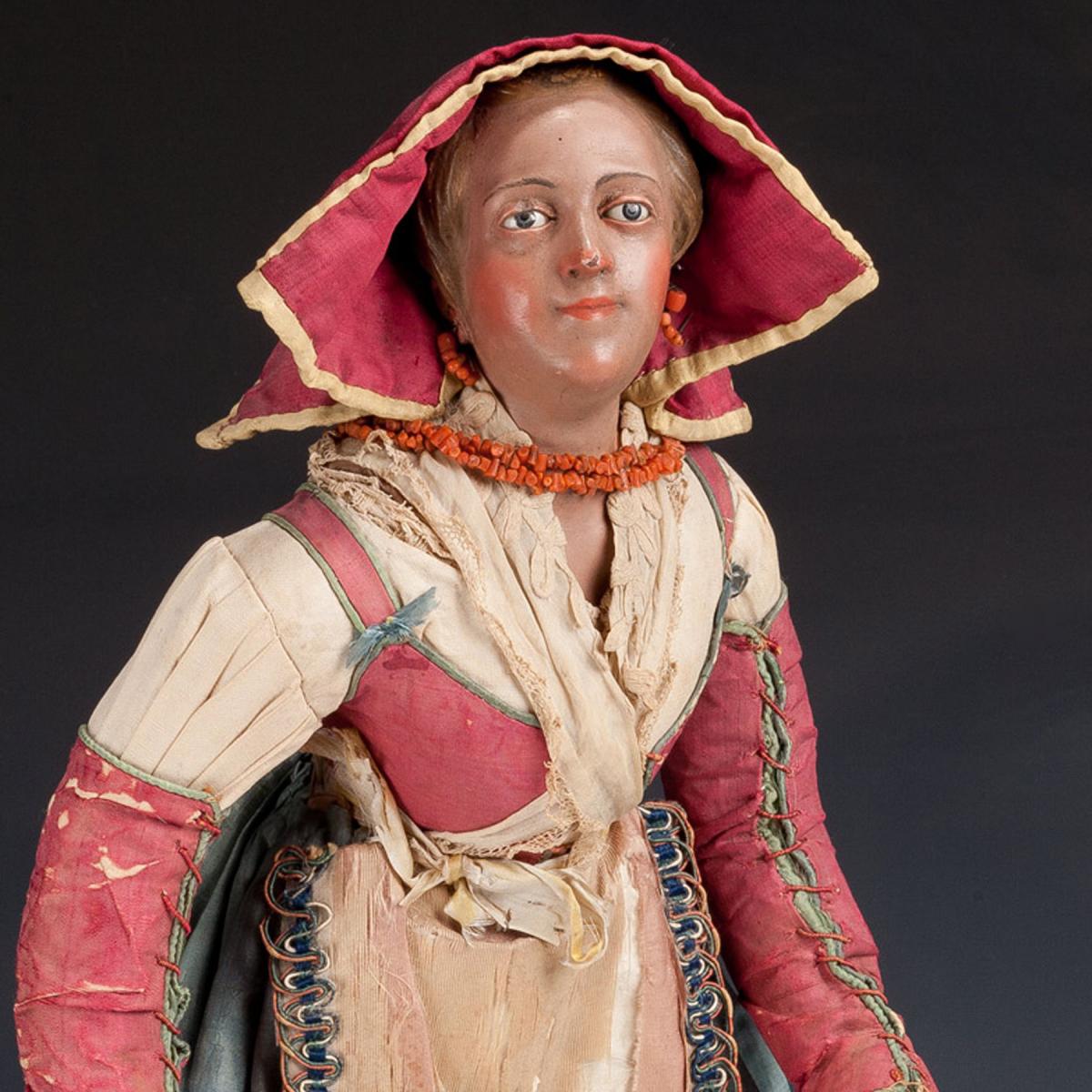 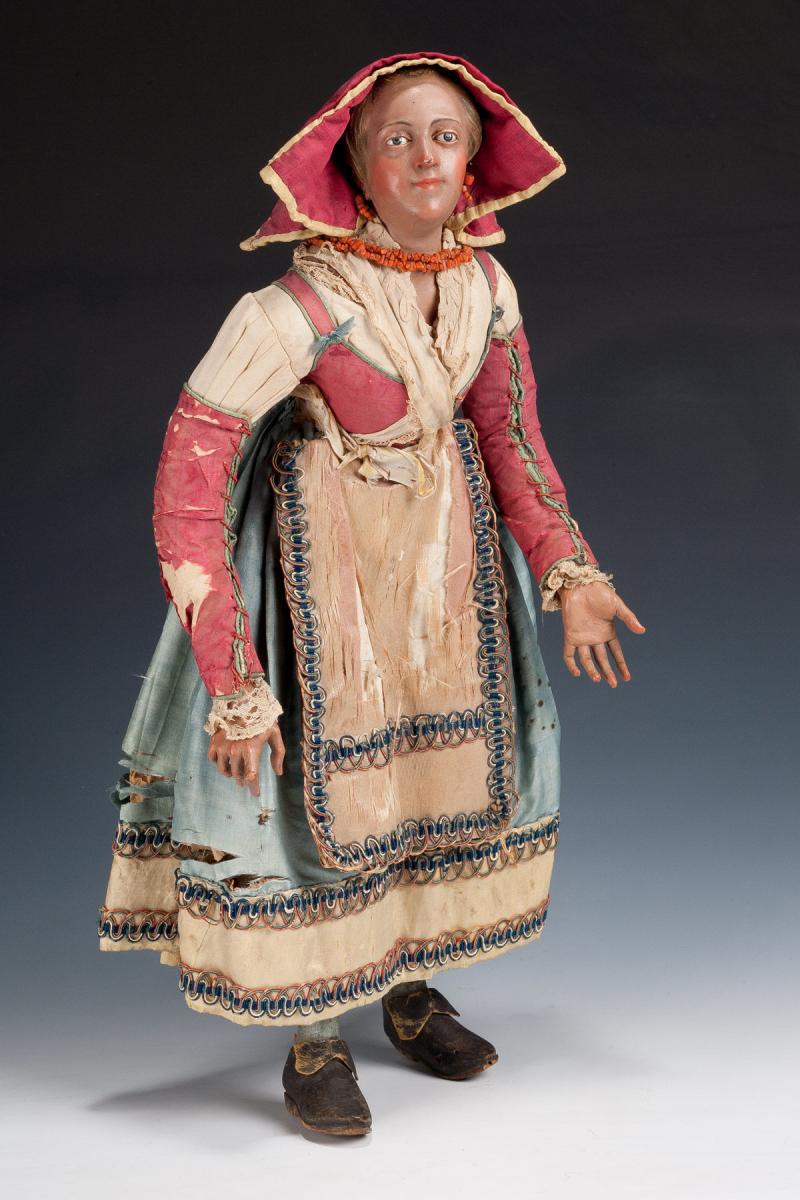 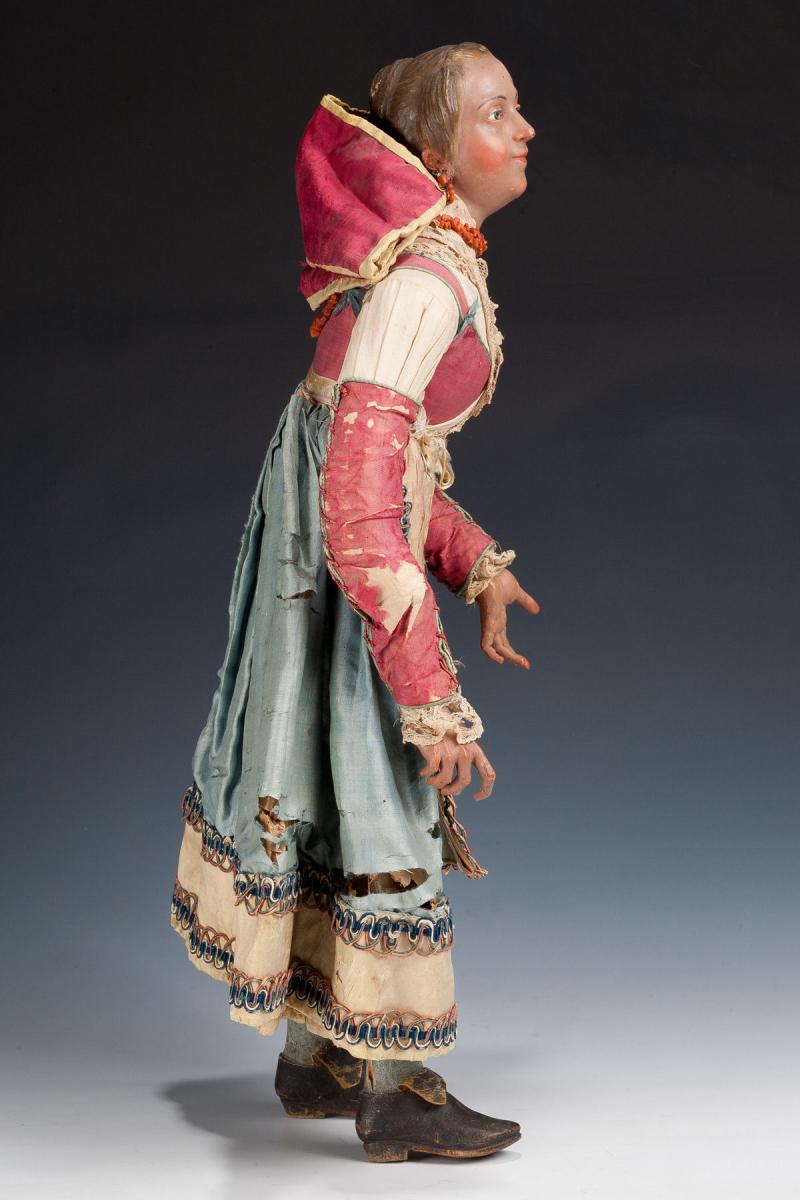 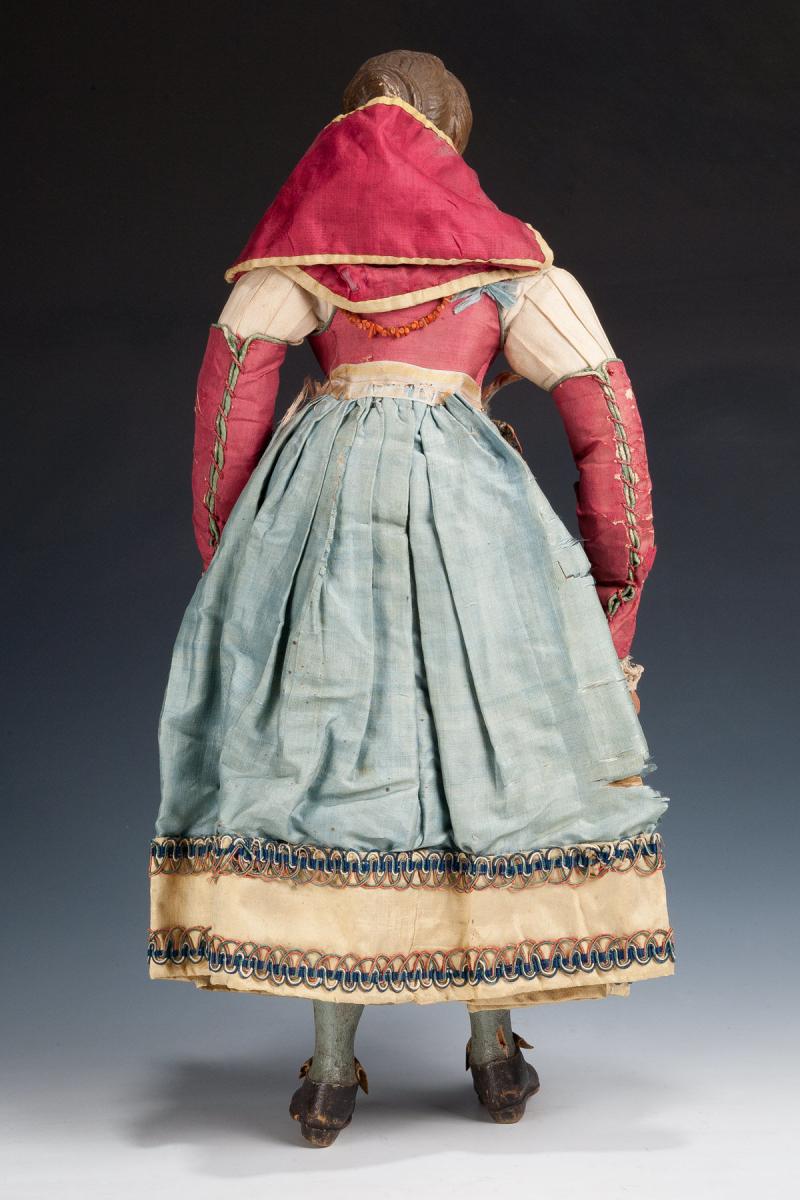 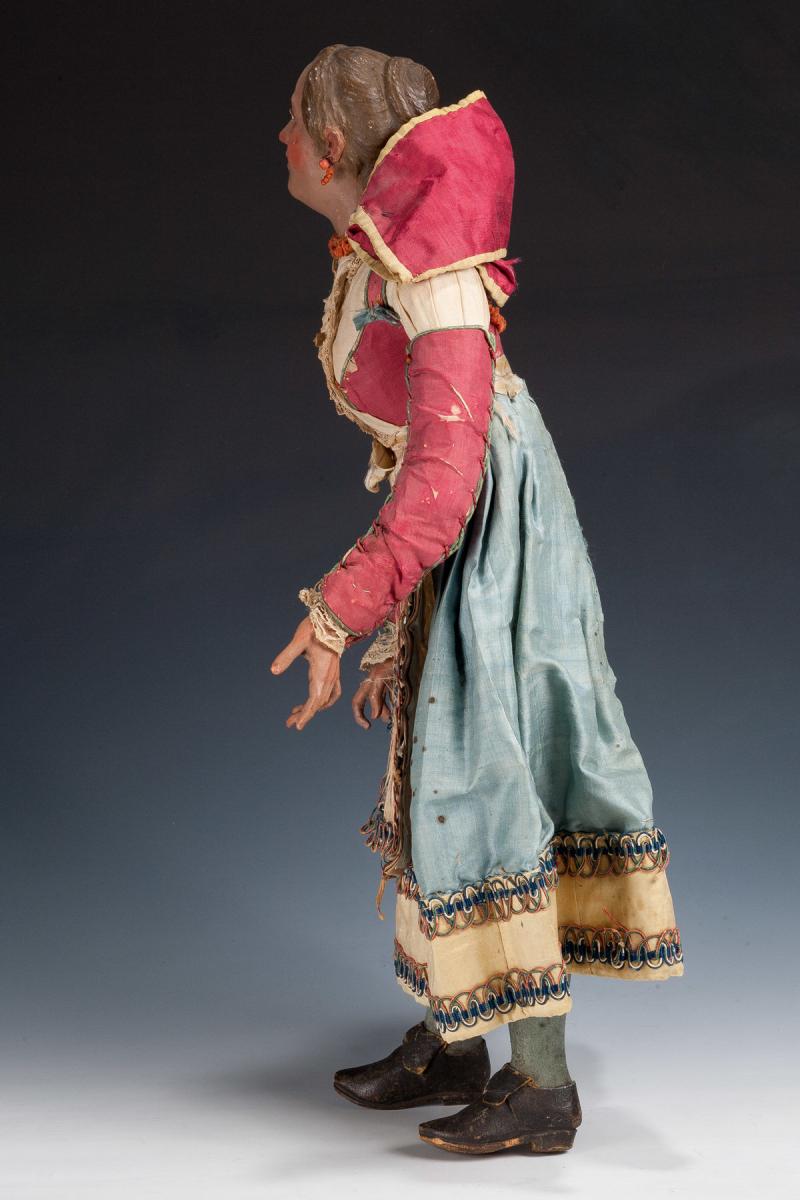 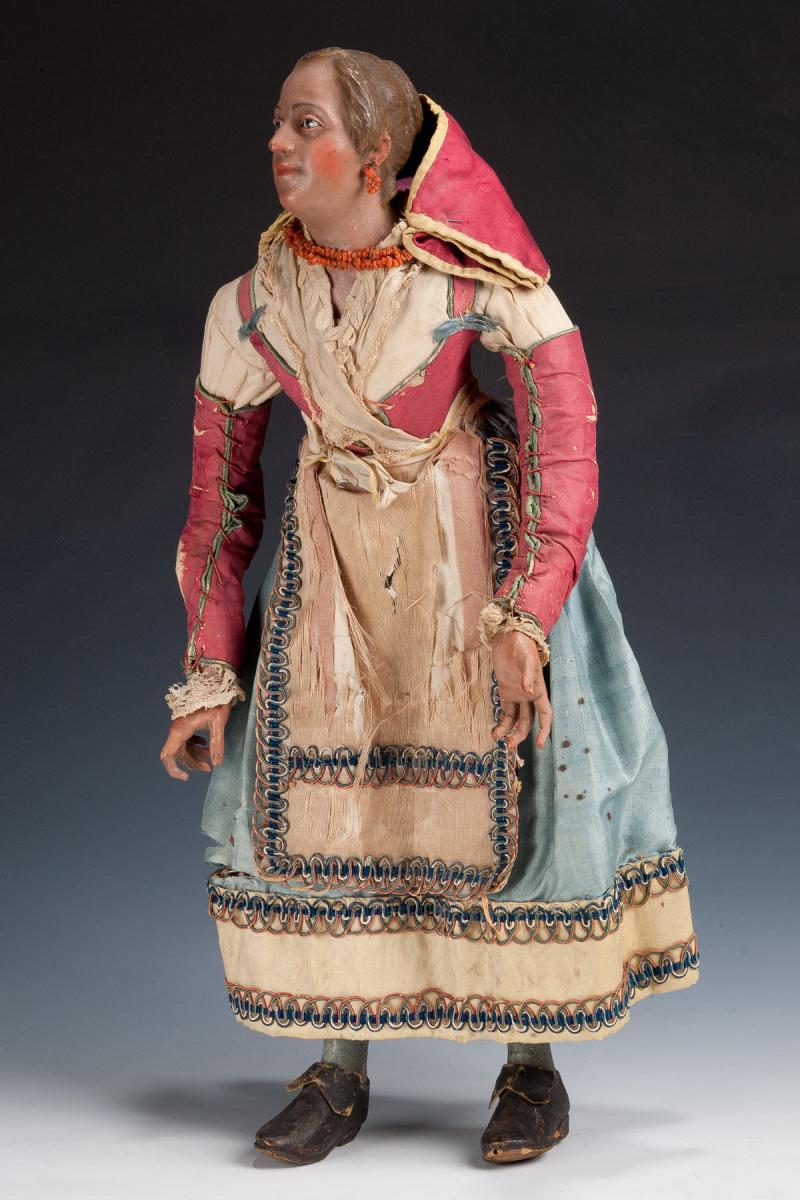 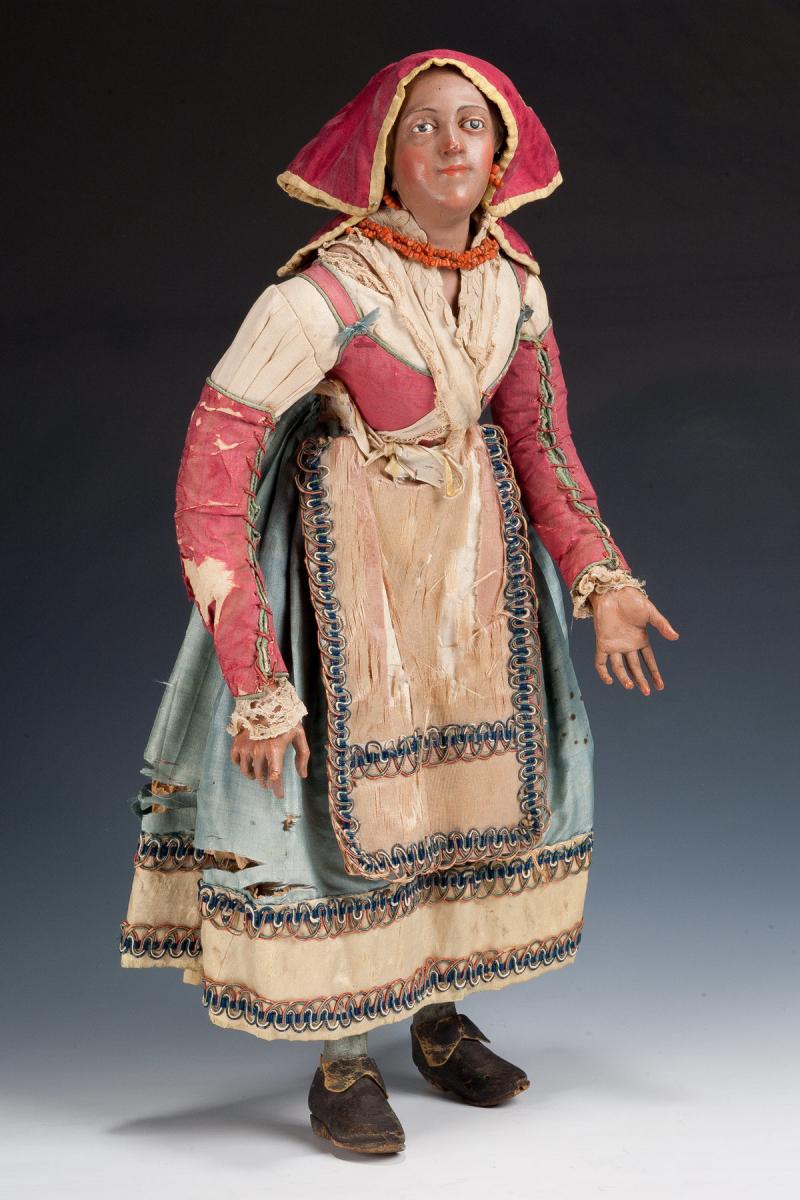 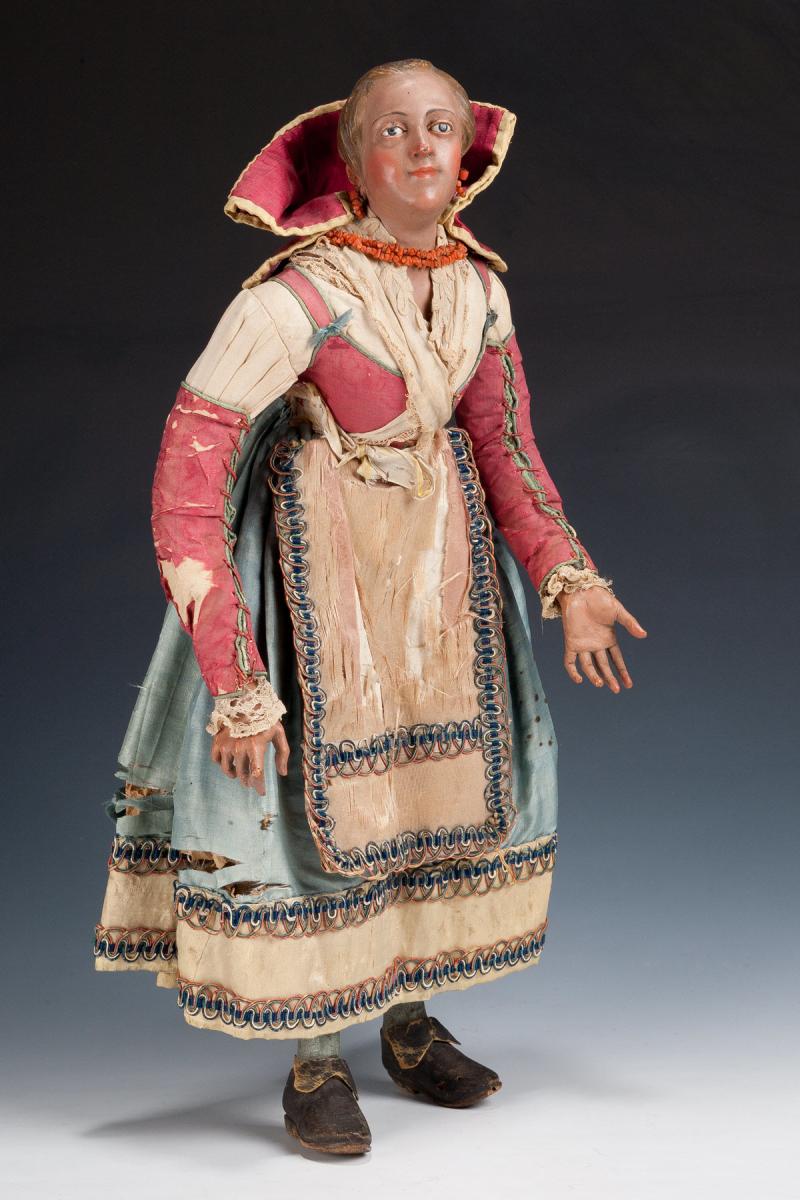 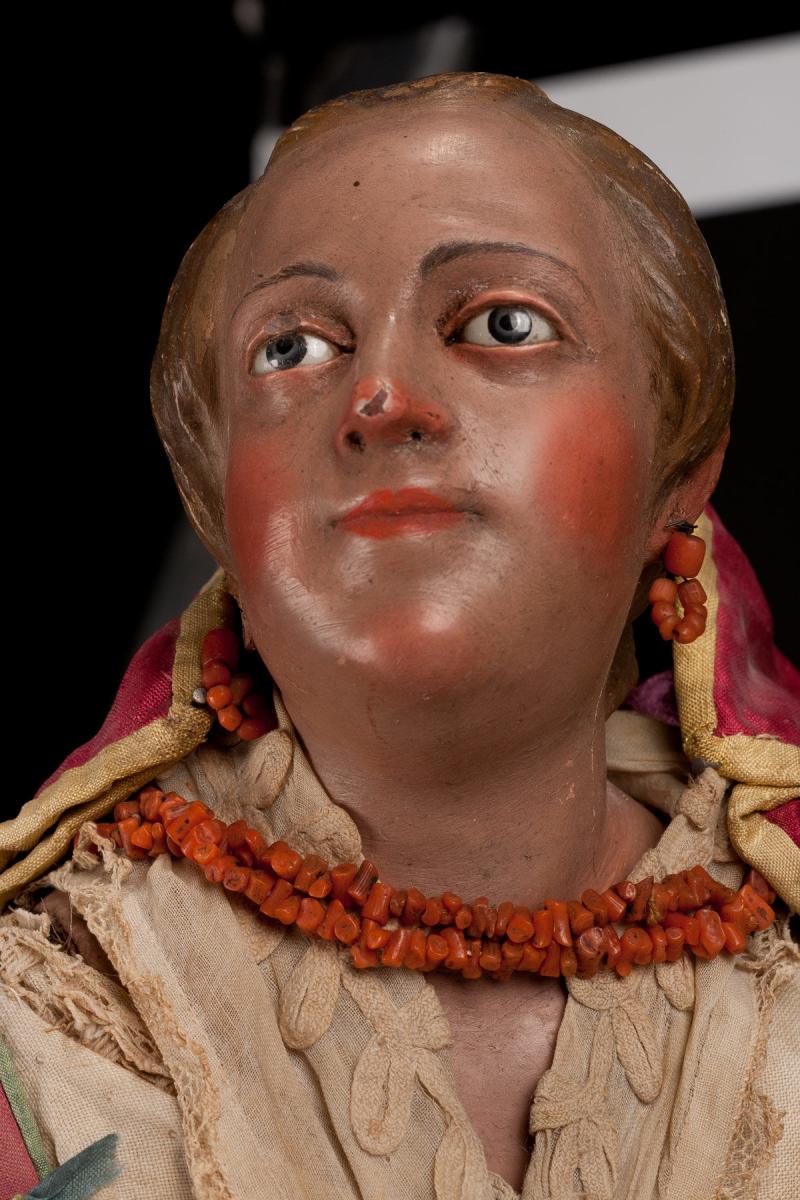 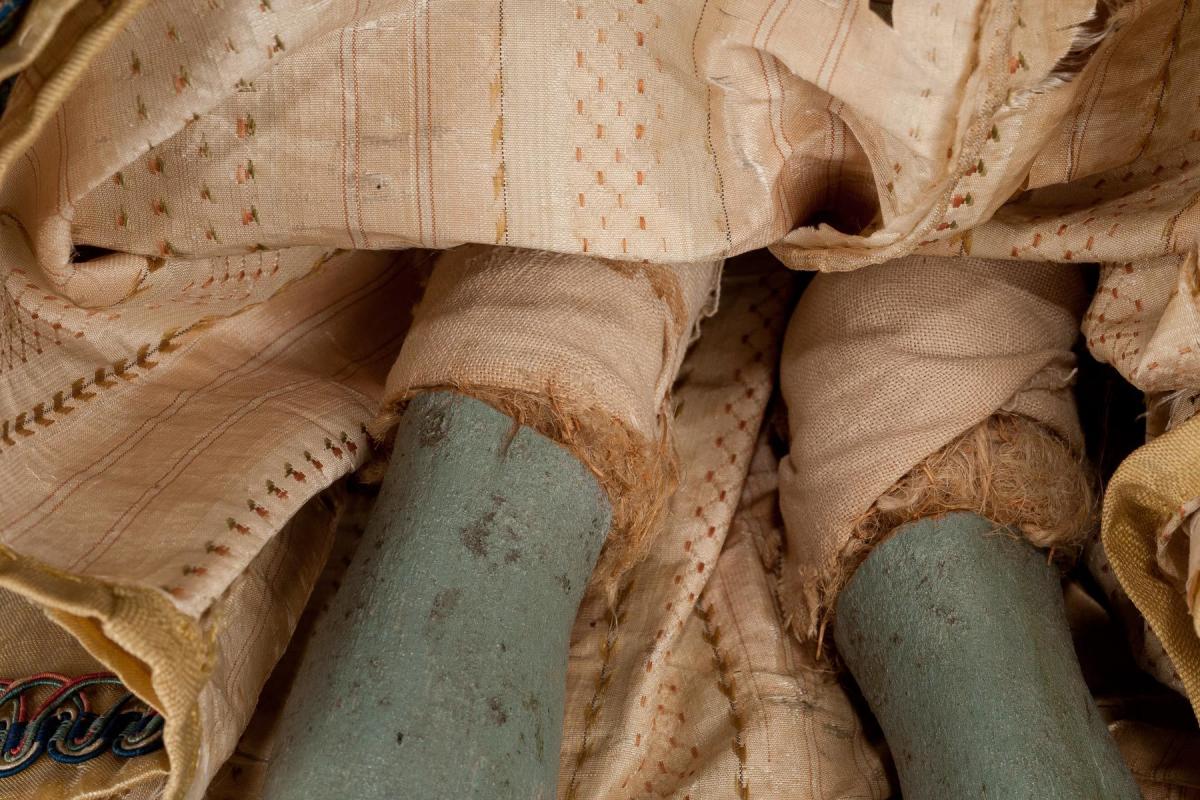 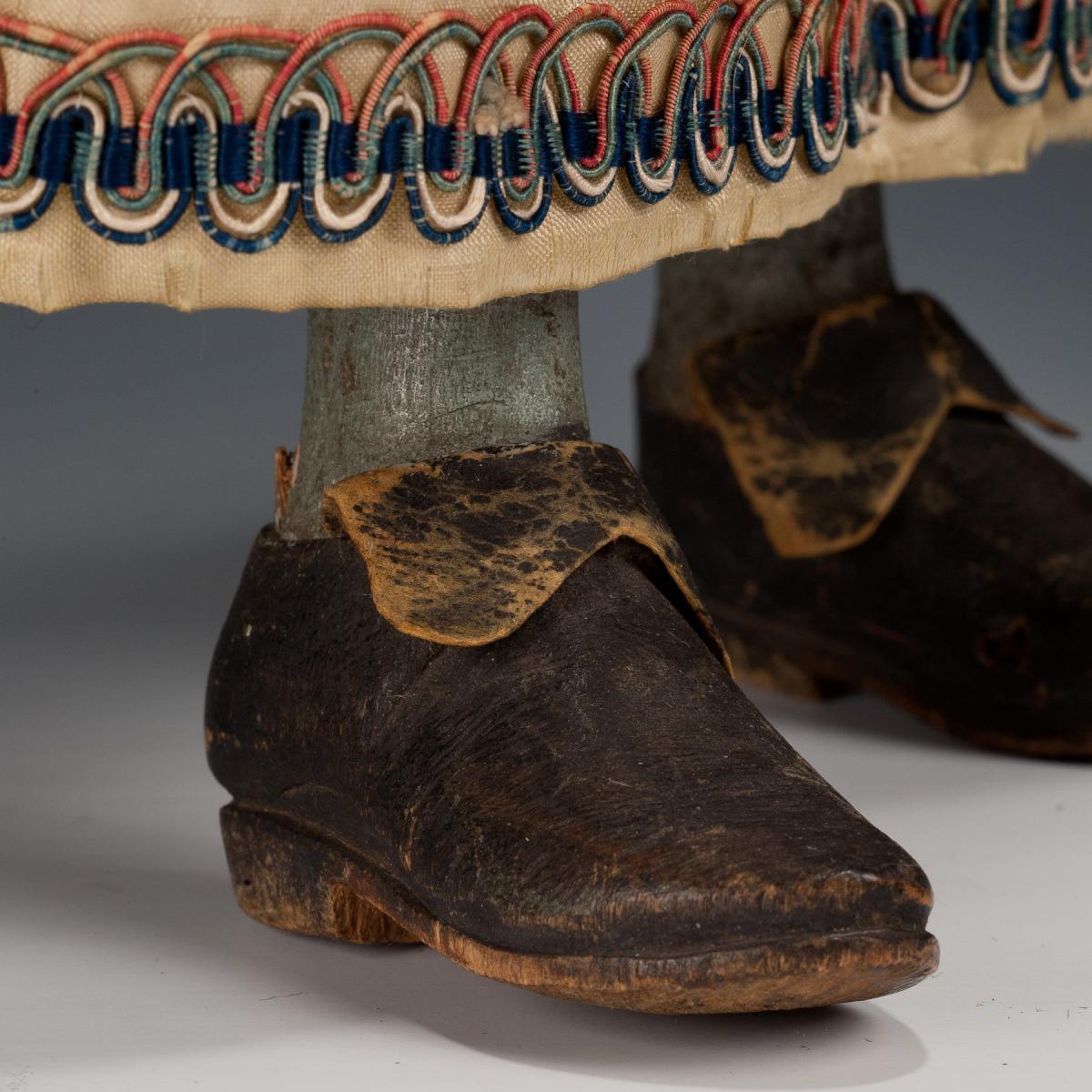 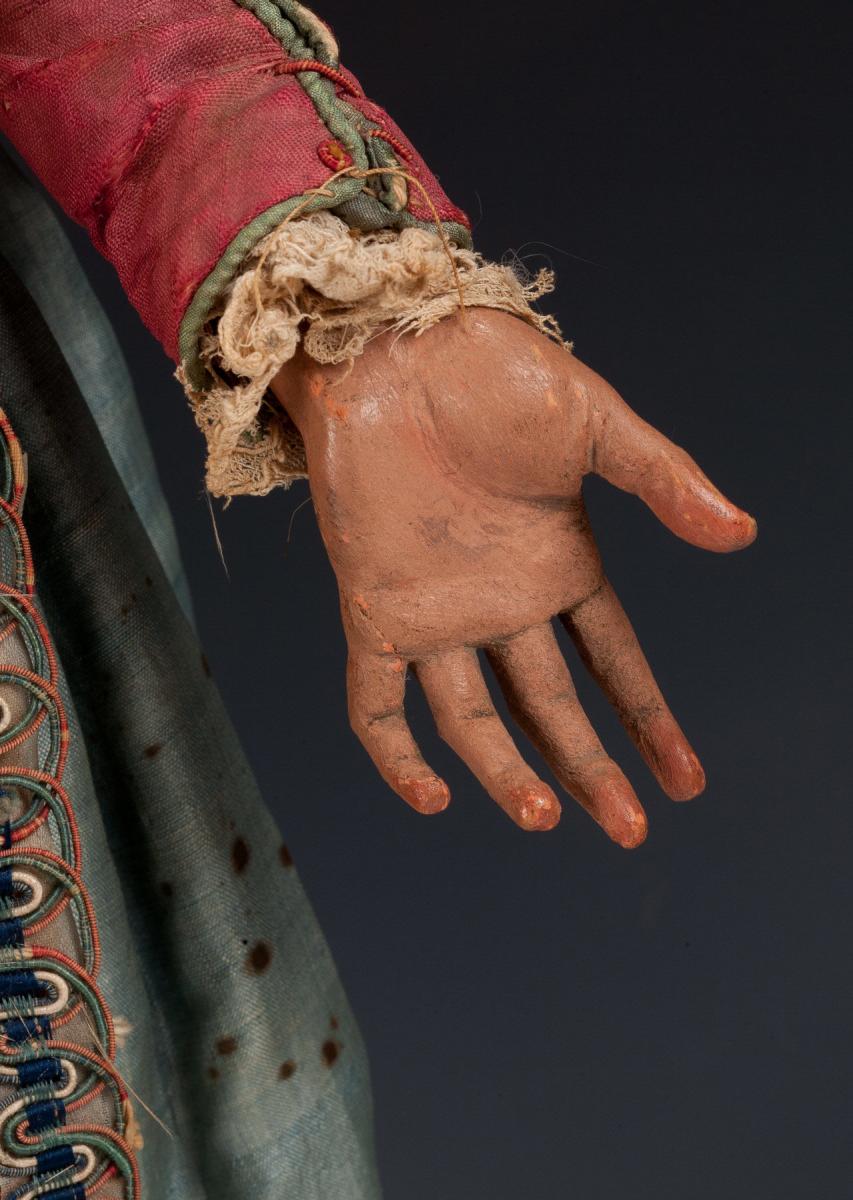 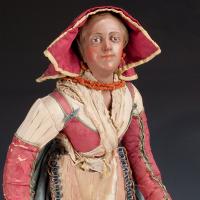 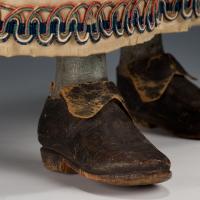 A NEAPOLITAN POLYCHROMED TERRACOTTA and carved wood  CRECHE FIGURE, LATE 18TH or EARLY 19TH CENTURY; dressed in the original silk and cotton clothing and adorned with jewellery. The head set with glass eyes.

Traditionally, the main focus of Christmas decorations in Italy is the Nativity scene or presepe. Every church has a presepe and as do many of the squares, shops, and other public areas. Displays often go beyond the manger scene and may even include a representation of the entire village. The 18th century was the golden age of Creche art and Neapolitan royalty soon adopted this tradition for their personal enjoyment and leading artists could be commissioned to create miniature nativity figures. They demanded the finest details including realistic glass eyes and fine silk and brocade fabrics.

It is recorded that the King's own collection numbered over 6,000 figures. 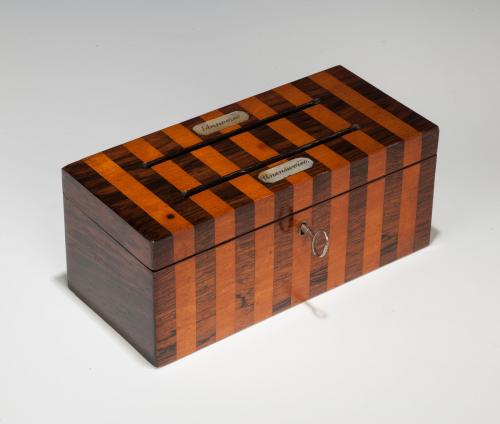 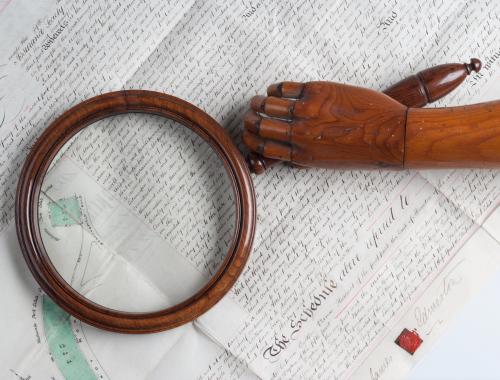 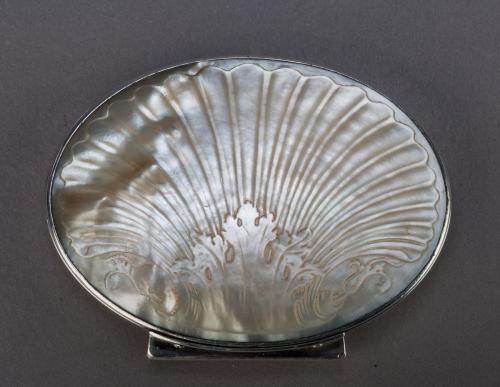 Mother of Pearl Snuff Box
Walpoles
View all from this dealer