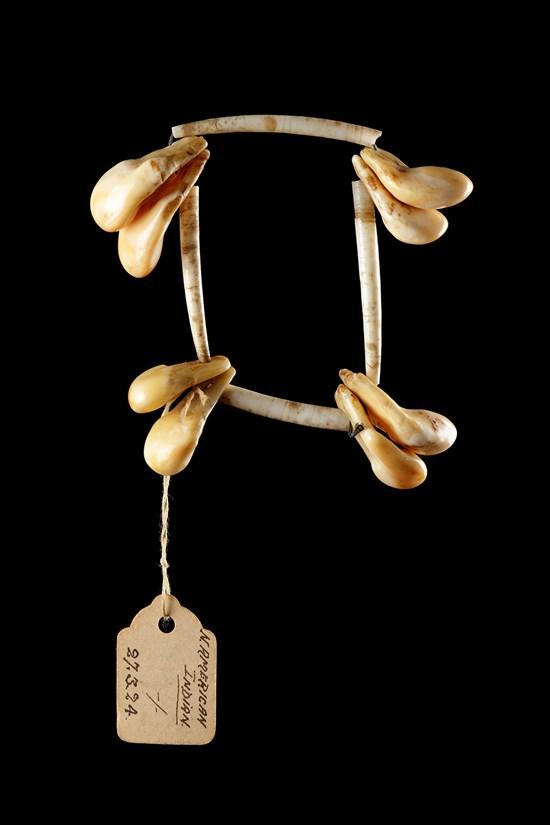 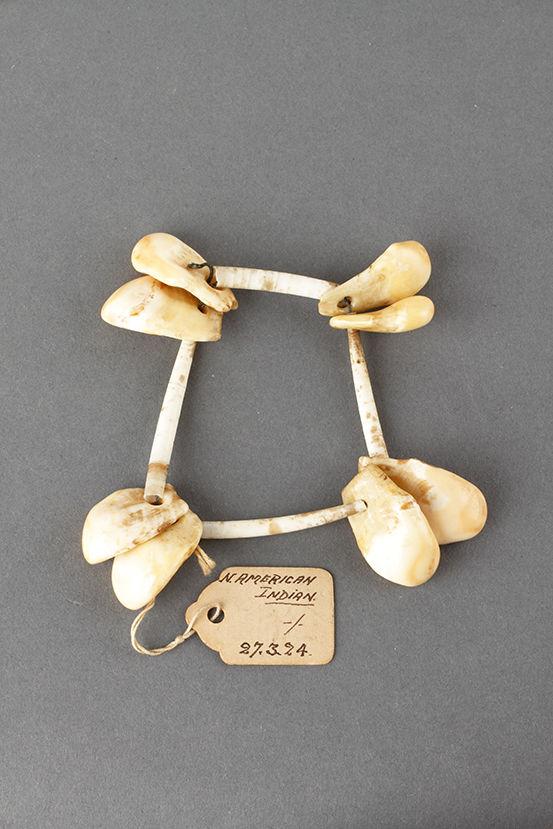 In the nomadic culture of the plains Indian wealth land to be portable and a man’s ornaments signified more than a desire for beauty and wealth because they were also symbolic.

The use of elk teeth as ornamentation originated among the Crow as the Yellowstone Valley, the heartland of traditional Crow territory, abounded with wildlife, the elk being especially numerous.

Elk teeth indicated he was a successful hunter as only two upper ivory incisors are taken from each animal, the others like human teeth eventually disintegrate. Thus the elk were not killed in great numbers by any one hunter and by the 1850’s one hundred teeth was equal in value to one horse.

It was said by the Crow that in observing the carcass of an elk it is found that the two upper ivory teeth remain after everything else has crumbled to dust, so that these teeth last longer than the life of a man and are regarded as the emblem of a long life, as well as a signal of wealth and prestige.

Later in the Reservation period of the 1880 - 90’s elk teeth had become completely unobtainable and imitation teeth carved from bone and disguised with brown pigment were used instead.