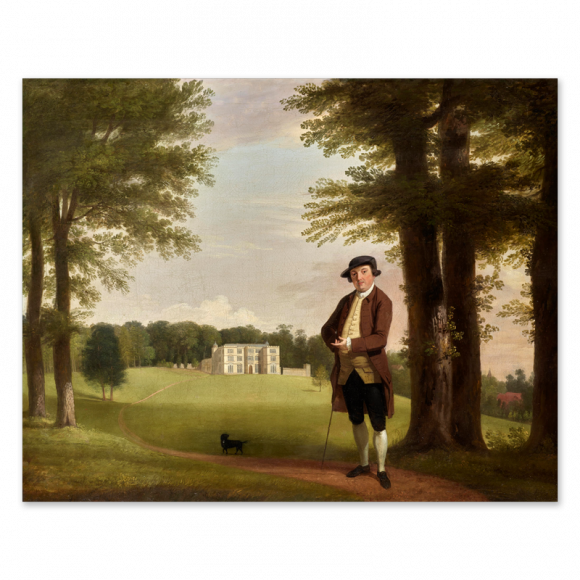 This charming and archetypical English country house picture, recently come to light, has been identified, in terms of artist, sitter and house, from another version of the work, which is still in the collection of the Benyon family of Englefield, the descendants of the sitter in this painting and still the owners of Englefield House.

Powlett Wrighte (1739-1779), the sitter, was the son of Powlett and Mary Wrighte and the heir to Englefield House and its estate. His father died in 1741 when he was just two years old and the house and estates were left in trust for him until he reached his majority at the age of 21. His mother had been left a life-interest in the estate, but had also re-married in 1745. Her second husband was the wealthy and entrepreneurial Richard Benyon (1698-1774) of the East India Company. He held various estates in Essex at Gidea Hall, Newbury (Ilford) and North Ockendon. It is understood that the couple moved among their various estates. Benyon died in 1774 and his wife Mary in 1776. Powlett Wrighte the Younger himself died in 1779 and, being childless, left the Englefield estate to his uncle Nathaniel Wrighte in accordance with his father’s will. Nathaniel Wrighte let the house and estate to Lady Clive, the widow of the famous ‘Clive of India’ and she lived there for some years in the 1780s. On Nathaniel Wrighte’s death in 1789, the house and estate were inherited by Richard and Mary Benyon’s son, also called Richard Benyon. The house and estate have remained in the Benyon family ever since.

The version of this picture still at Englefield today and the property of the current Richard Benyon (Lord Benyon) is in just about all respects identical to our present picture. The Englefield version is housed in a frame which is inscribed with the full identity of the sitter and there is a plaque giving the picture to Nathaniel Dance. The two pictures are of identical date and from the style of painting the hand is clearly the same. The only variants are that there are the very slightest differences in some of the trees and that our painting has a dog in the foreground, while the Englefield version does not. The pictures show Englefield as it was in the mid 18th century. Since that time that house has been architecturally altered more than once – most pronouncedly in the early 19th century when it was given some impressive ‘Gothic’ additions. But the elevation shown in this picture is largely still extant today and the positioning of the church to the viewer’s right is similarly unchanged today. There is no doubt that we are looking at Englefield House as it was in the middle years of the 18th century.

An art-historian putting forward an informed guess at the date of this picture would probably arrive at the year 1760. From the standpoint of Powlett Wright, this young man would in that year have ‘reached his majority’ and would have come into full ownership of the house and estate. This would have been a thoroughly plausible reason to commission a painting of himself, standing proudly in front of his country house of which he was now master. Given that his mother, now the chatelaine of several large houses, would have spent much of her time away from Englefield, it is also entirely plausible that she would have wanted a second version of the picture to hang in one of her other houses to remind her of the house where she lived before and to remind her of her eldest son, who was now the master there.

In terms of our artist, Nathaniel Dance, 1760 was a pivotal year for him too. Initially it is hard to reconcile this picture stylistically with most of the known works by Dance. But if we keep the date of 1760 in mind, we note that this pre-dates his all-important trip to Italy, from which he would return after a few year’s study and having worked with no less a figure than Pompeo Batoni in Rome. The Dance that returned from Italy was a fully mature artist who would in the 1770s produce portraits and conversation pieces of great sophistication. The Dance of the late 1750s was a young man just emerging from his pupillage with the by now old-fashioned Francis Hayman and that he should produce a work like this more redolent of Hayman or Arthur Devis is thoroughly plausible. Plus the full attribution of the Englefield version to Dance and the identical attribution on the Frost and Read label on this present picture, when the two paintings have been apart for at least 100 years or more cannot be explained by co-incidence. And we should add to that the fact that there is a definite link between the Dance family of artists and the East India Company. A cousin of our artist, another Nathaniel Dance, rose to great prominence as a ship’s commander, patronized by the East India Company. His portrait was drawn by George Dance, our artist’s father. Francis Hayman, Dance’s master, painter Sir Robert Clive and his endeavours for the East India Company. And our Nathaniel Dance later painted portraits of Sir Robert Clive and Lady Clive, who of course was the Englefield tenant in the 1780s. Perhaps the Benyons promoted Dance among their East India Company connections. Or maybe Dance’s connections to the East India Company brought him to the attentions of the Benyons. Either way there is a link.

We can safely conclude that our picture – and indeed its counterpart at Englefield – is a charming early work in the mid-eighteenth century tradition of the English country house conversation piece. Beyond that it is a picture of both sociological and topographical interest. We are looking at an important Berkshire house as it appeared in the years around 1760. 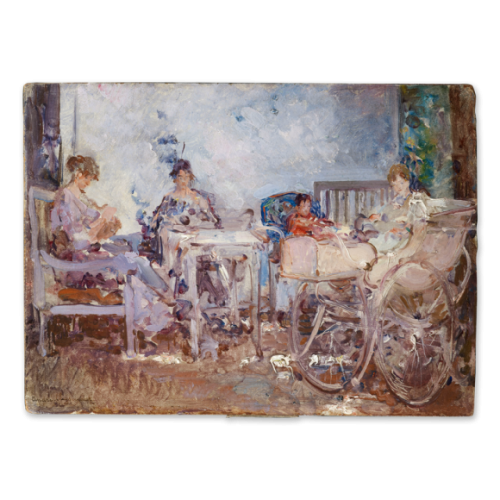 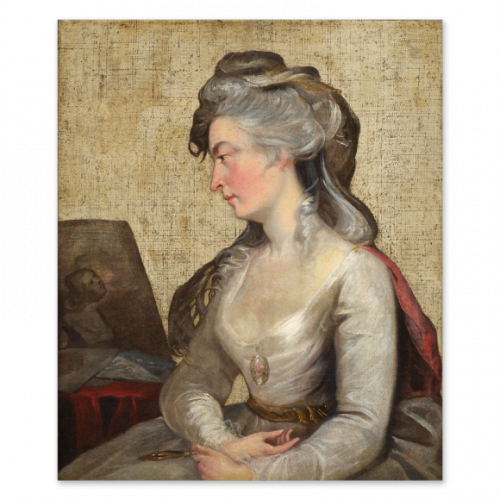 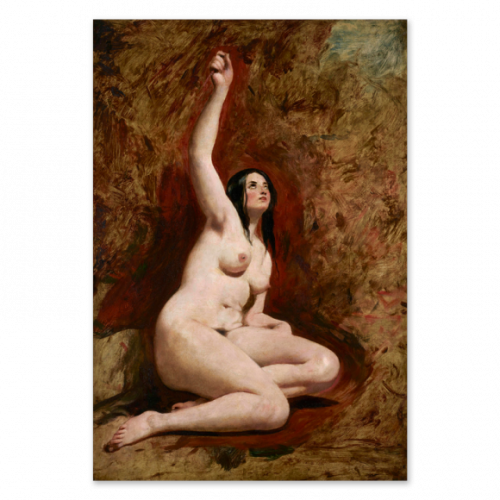