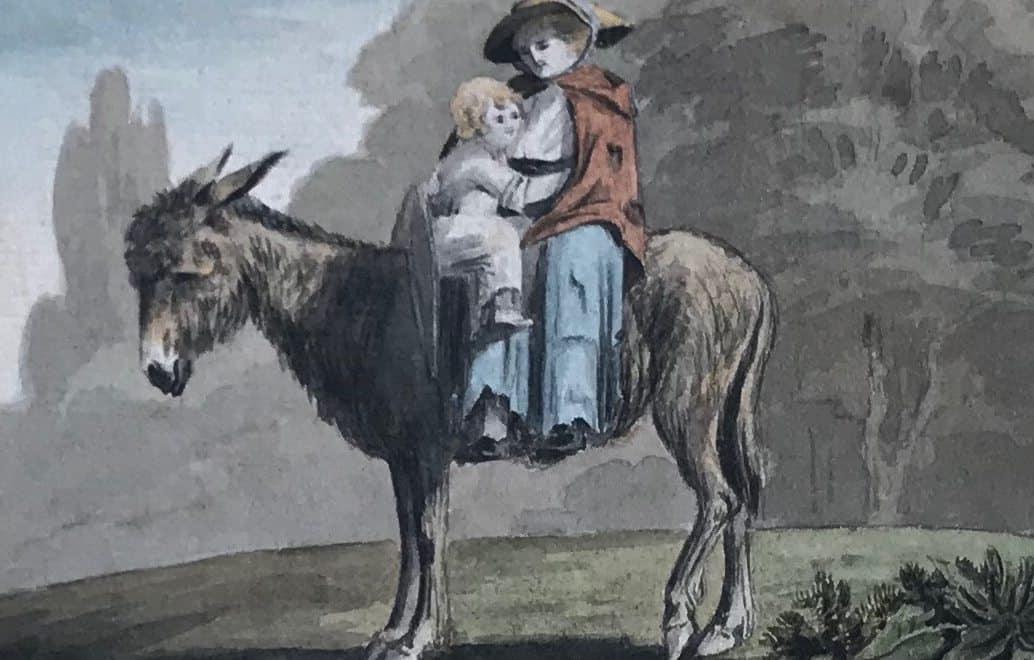 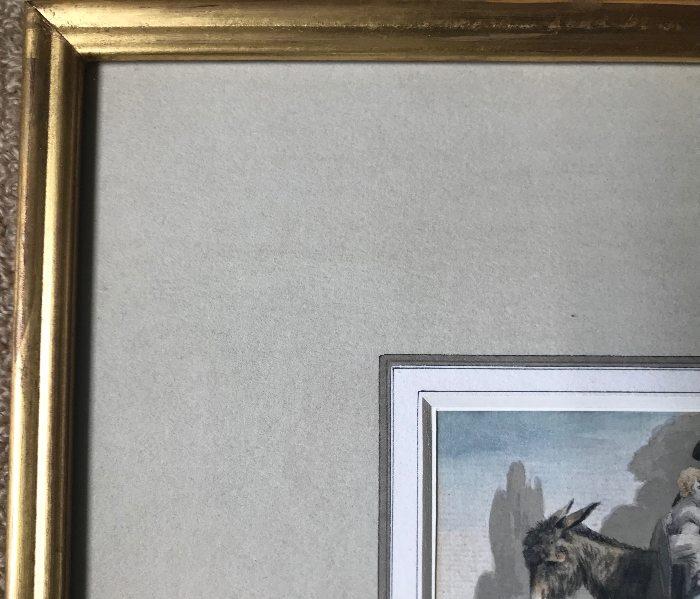 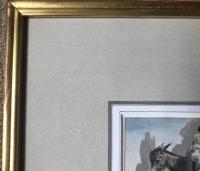 A mother and child on a donkey

Watercolour over pencil on laid paper, in a gilt frame

Abbott was one of the best amateur watercolorists of the late eighteenth century. An Exeter surgeon and apothecary, he lived in the city until 1825.

He exhibited paintings at the Royal Academy from 1793 and received much contemporary acclaim for the style of his work. The artist John Downman said that ‘he prefers his drawings before his paintings, as they are done with more spirit’.1

In 1825 Abbott inherited Fordland, a Devon estate, from his uncle James White, an Exeter barrister and non-conformist, who was a close friend of Francis Towne.

Abbott became a patron and pupil of Towne’s, and his linear style shows the artist’s influence. After he moved to Fordland Abbott devoted himself to drawing.