A Monumental Ormolu Mirror Exhibited at the Exposition Universelle, Paris 1889 By Henry Dasson of Paris 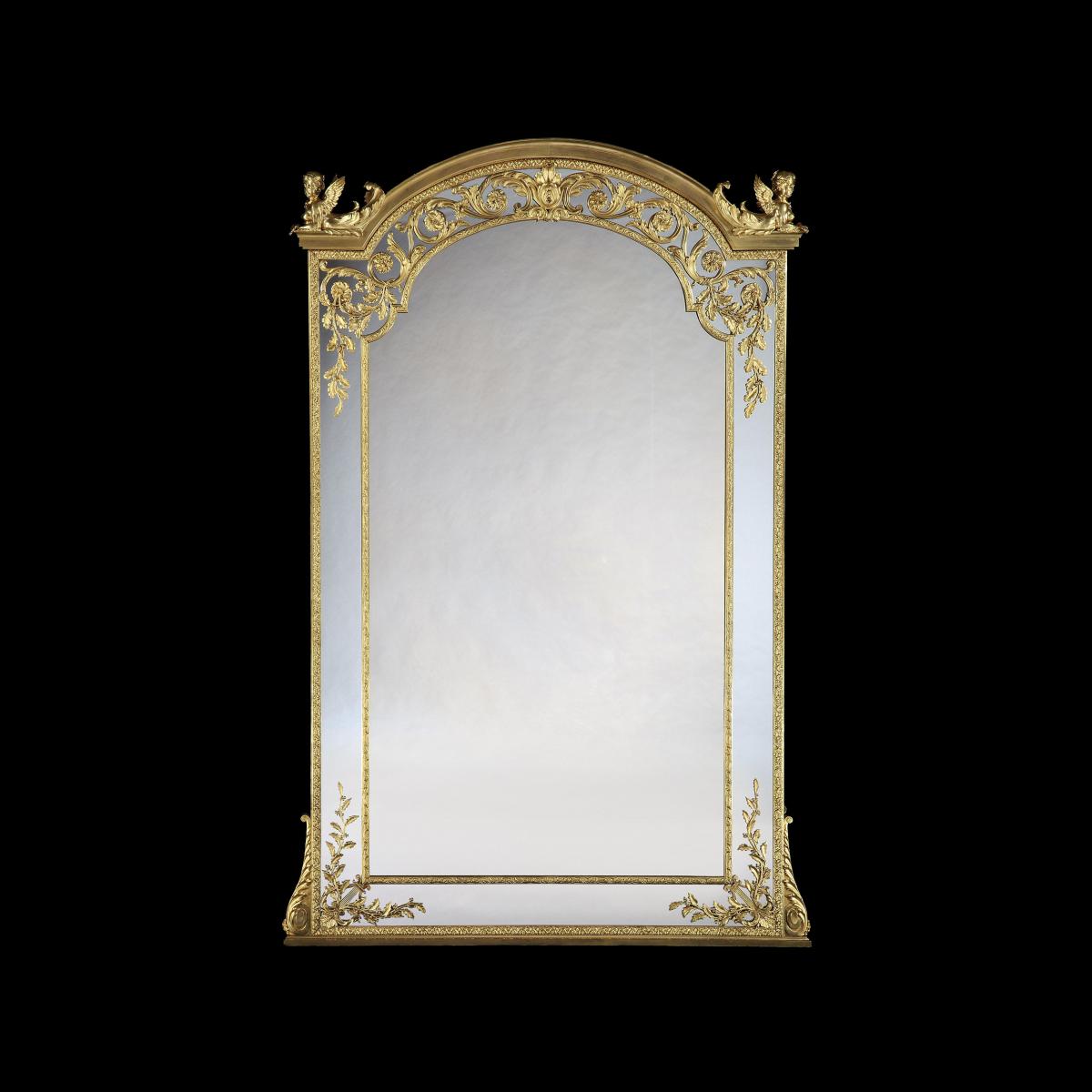 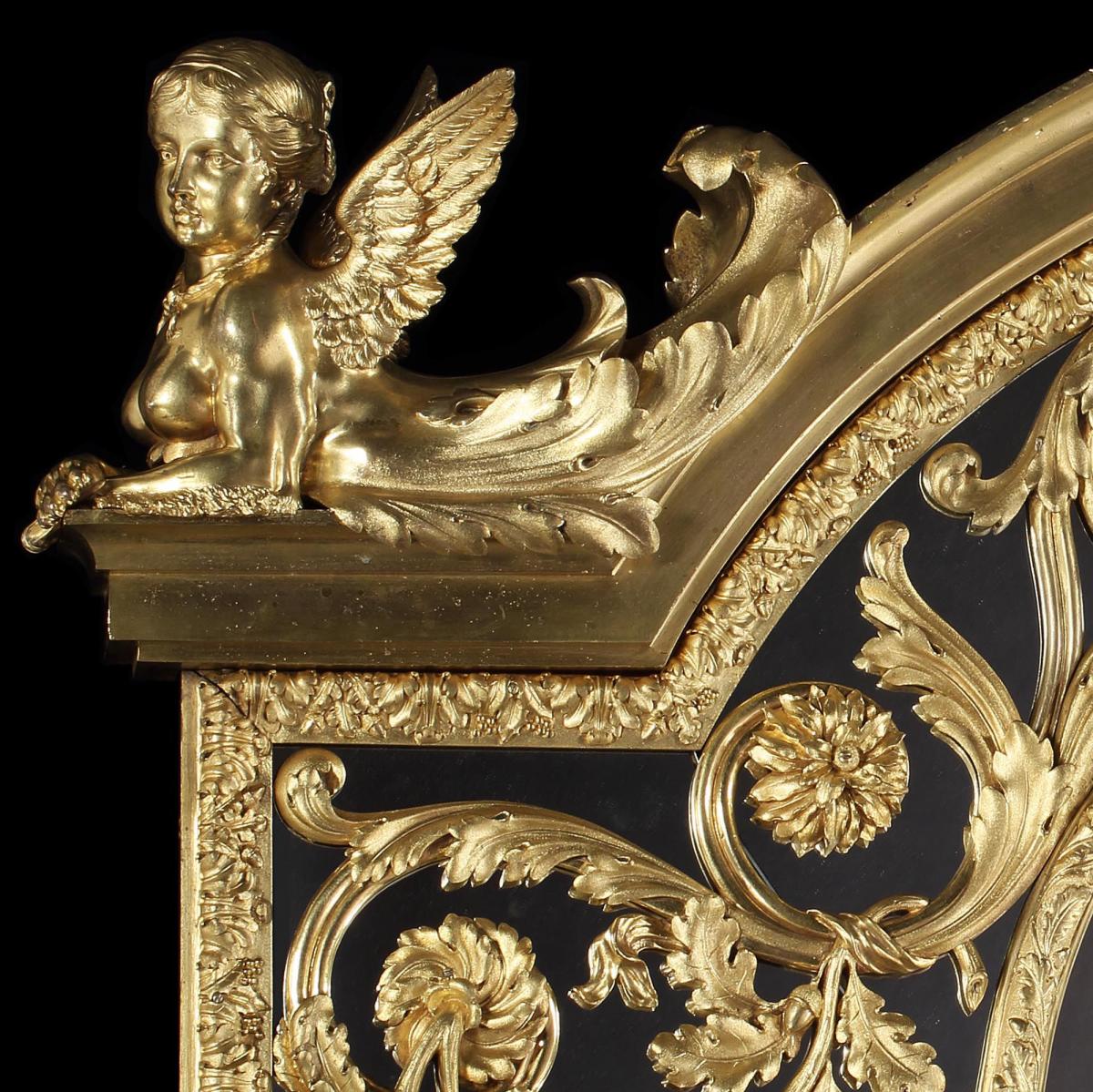 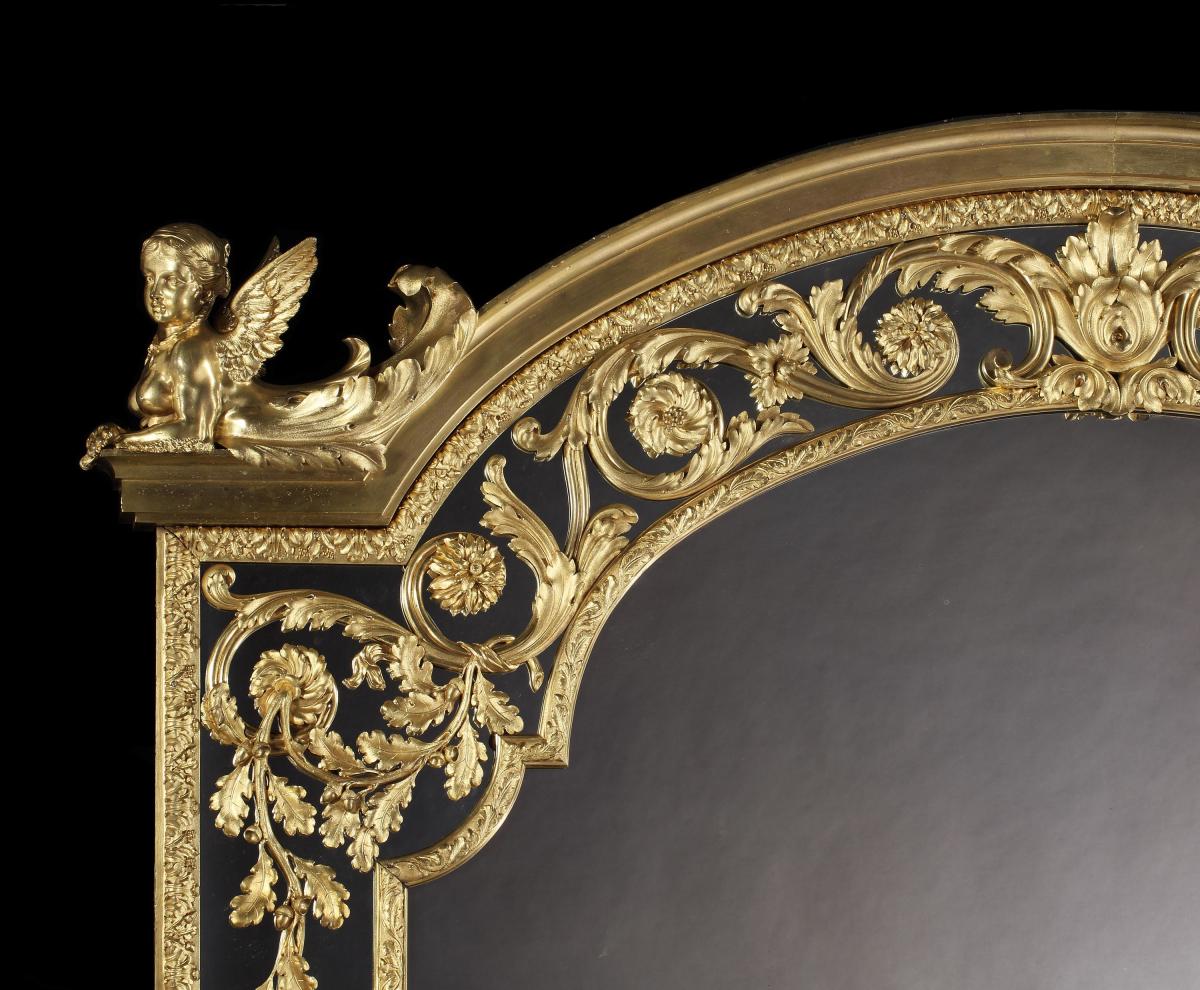 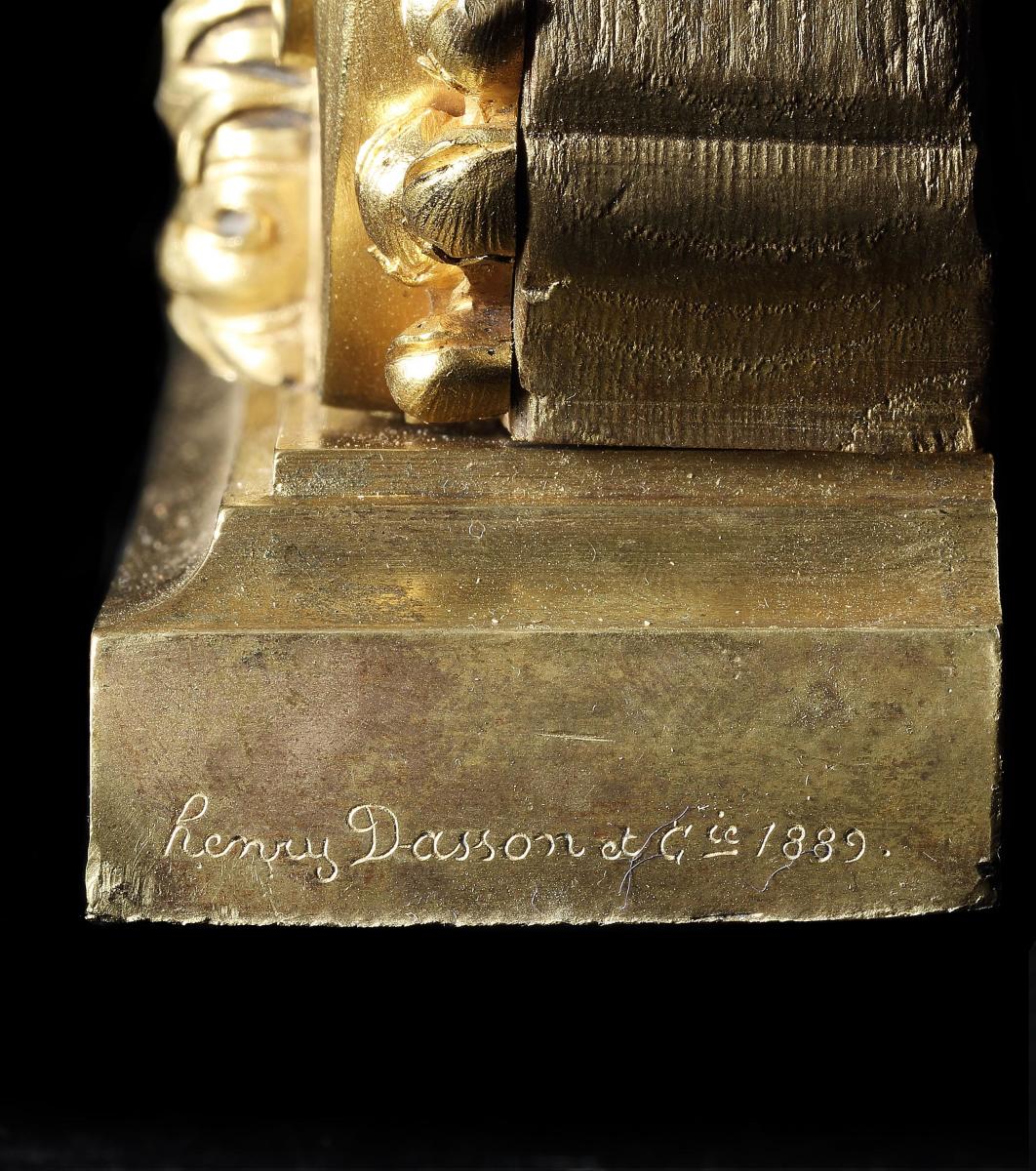 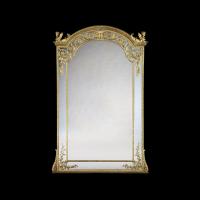 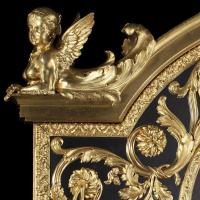 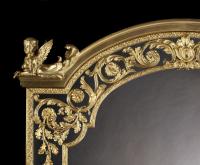 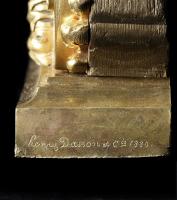 A Monumental Ormolu Mirror Exhibited at the Exposition Universelle, Paris 1889 By Henry Dasson of Paris

Constructed in gilt bronze, and signed to reverse by the maker in a marqué au fer and dated 1889; of portrait form, having a domed surmount, flanked by winged sphinxes; the outer frame with stiff leaf castings, and an inner reserve of similar form, with Aeolian harps to the quadrants, issuing fruiting tendrils.

Established at 106 Rue Vielle du-Temple, Dasson was one of the most highly celebrated Parisien bronzier ébénistes.  His work is renowned for the fine quality of the metalwork, utilising the designs of the ancien régime, and adapting them to conform to the needs of the times.  He participated at the Expositions Universelle in 1878, receiving the laudatory critique of Louis Gonse, the Parisian arbiter of bon ton and quality, 'nouveau venu dans le carrière industrielle Henry Dasson, s'est rapidement créé par la perfection de ces oeuvres une très haute situation a laquelle nous applaudisons chaleureusement', at which he exhibited a bureau in the Louis XVI manner decorated with Japanese panels; and 1889, he was awarded the 'Grand Prix Artistique, and examples of his work were purchased by the English Royal Family. Made a chevalier of the Légion d'honneur in 1883, he was elevated to an officier in 1889, following his success at the Paris Exposition of the same year.

An illustration of the mirror with cresting over a fire surround documents this mirror at the Dasson stand at the Exposition Universelle, Paris 1889, originally published in the Gazzette des Beaux- Arts 1889, Vol. 2.