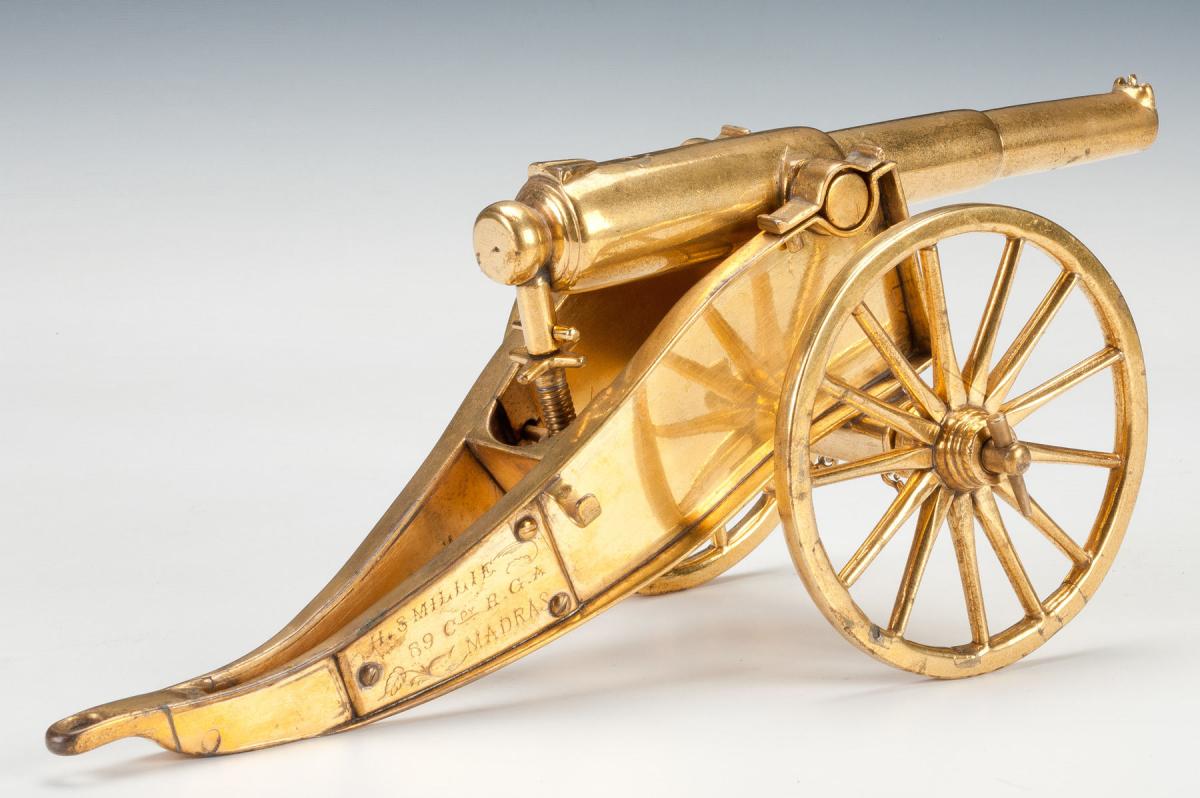 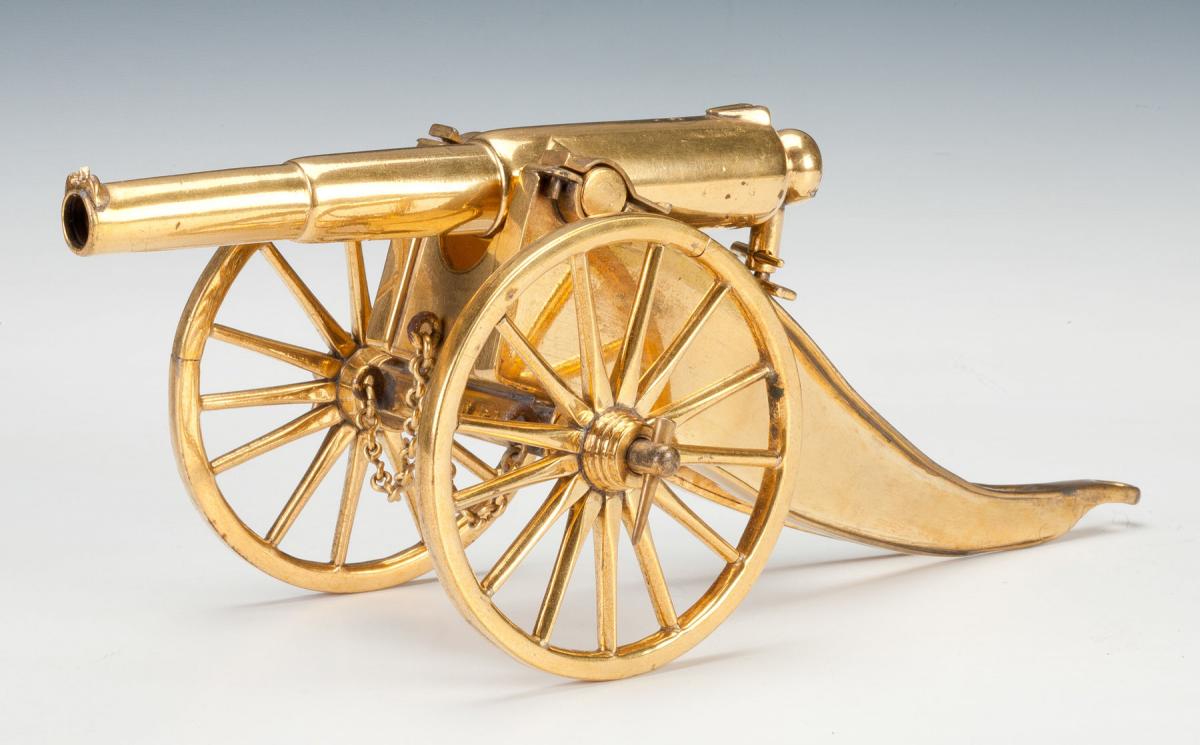 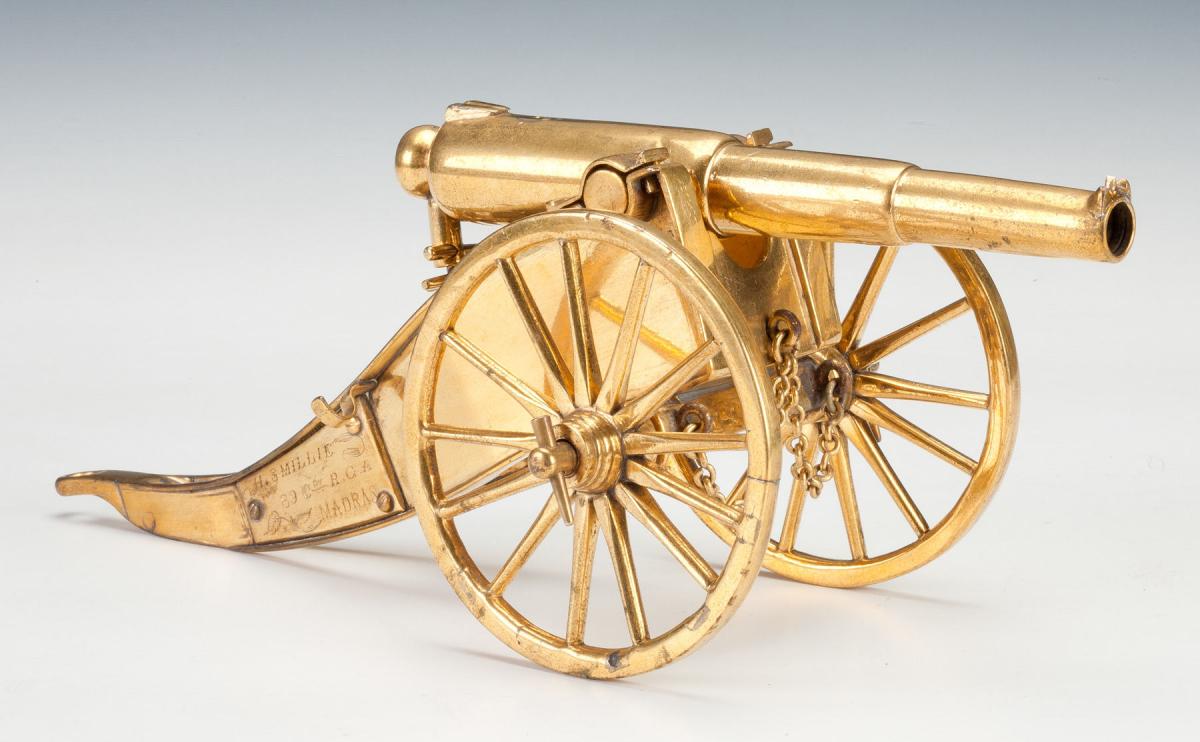 A working model of a British Army Field Cannon, polished brass finished in a gold coloured lacquer and with a plaque engraved with the maker's name  'H. Smillie. 89 Cpy. R.G.A Madras'.