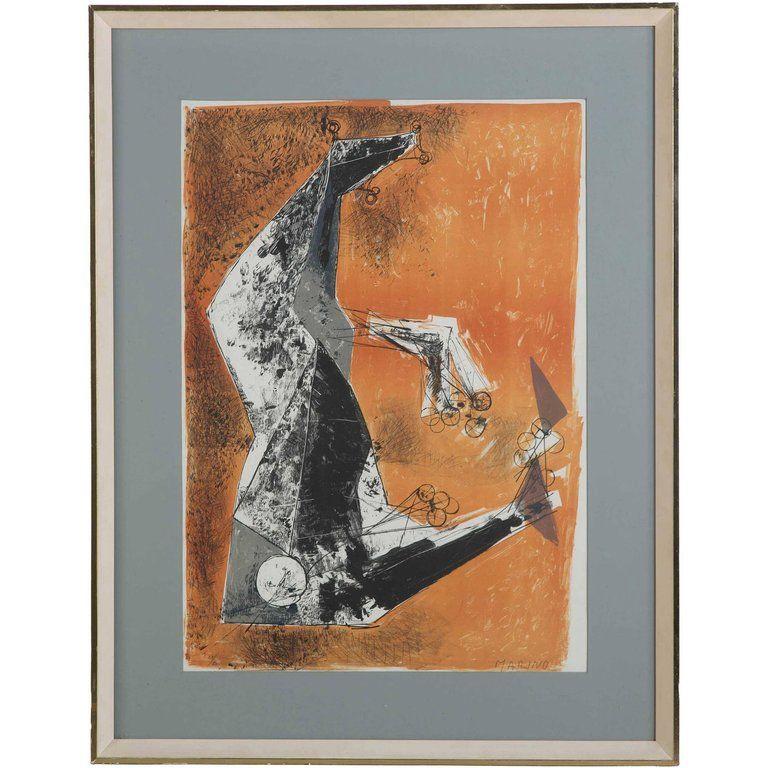 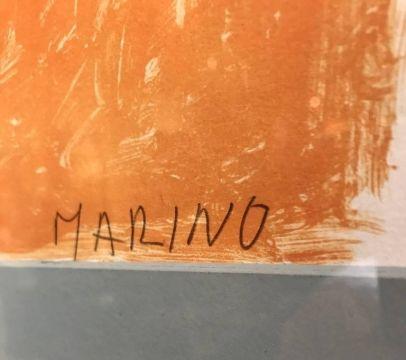 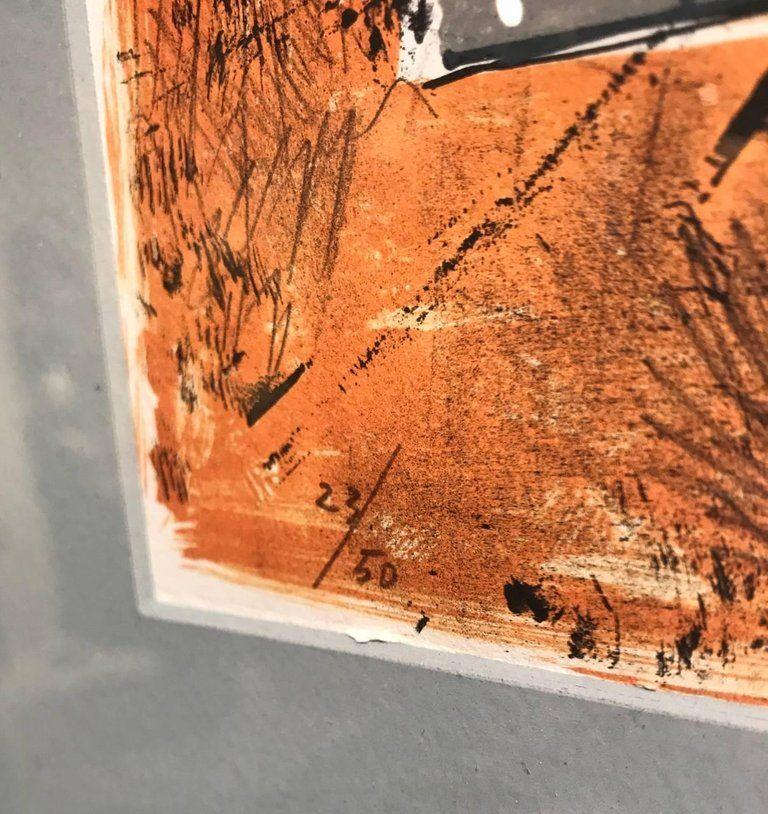 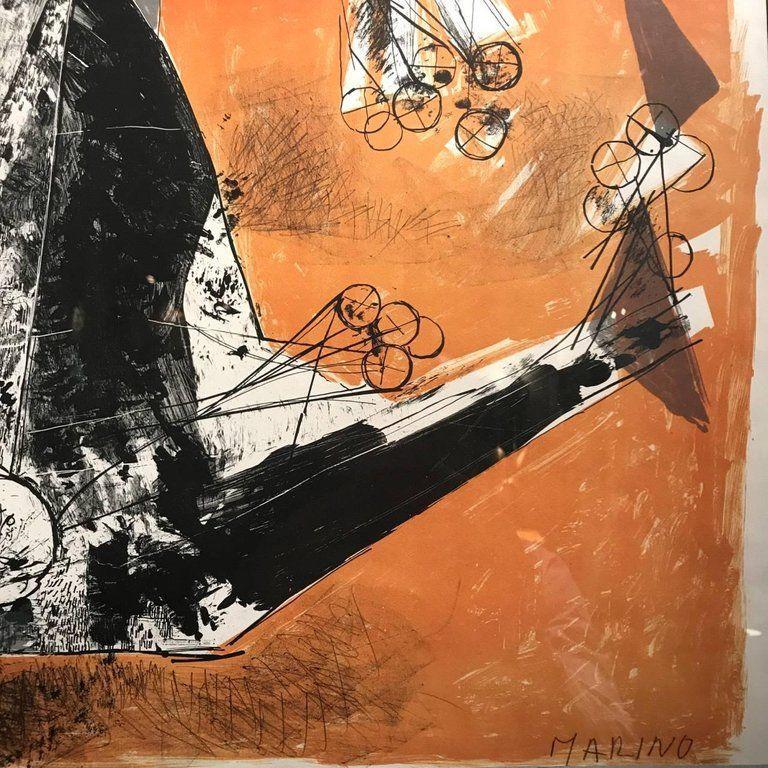 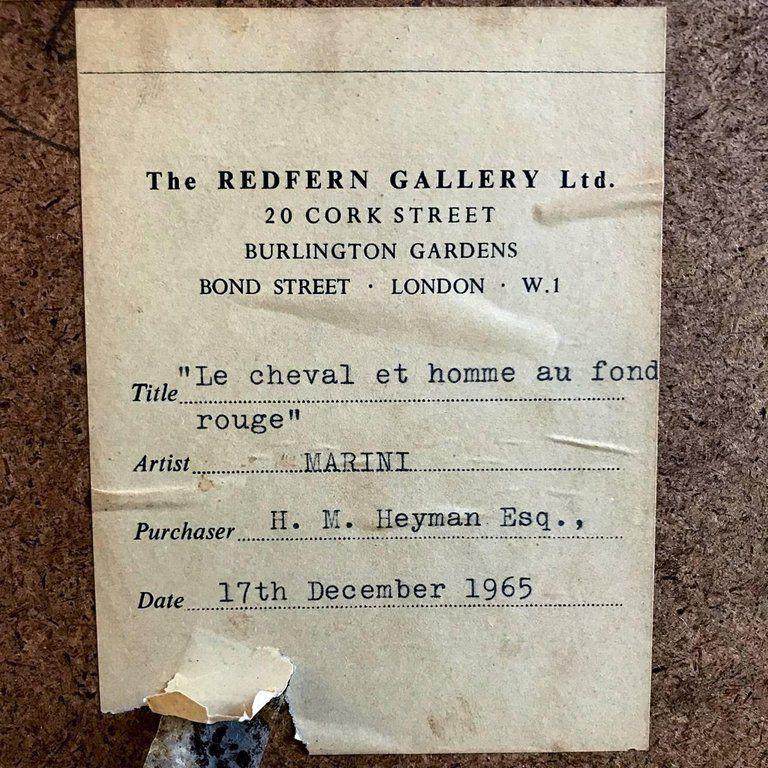 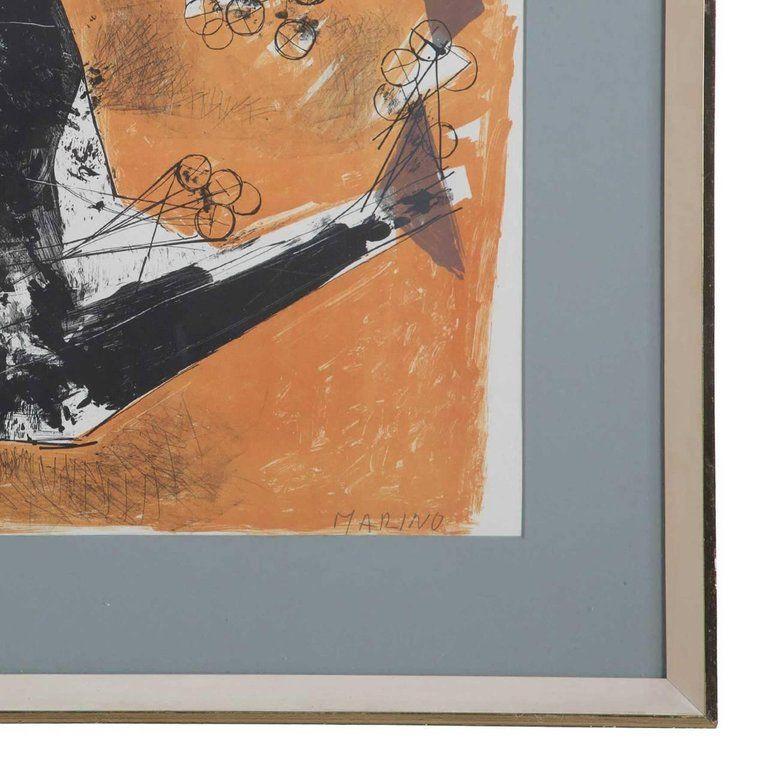 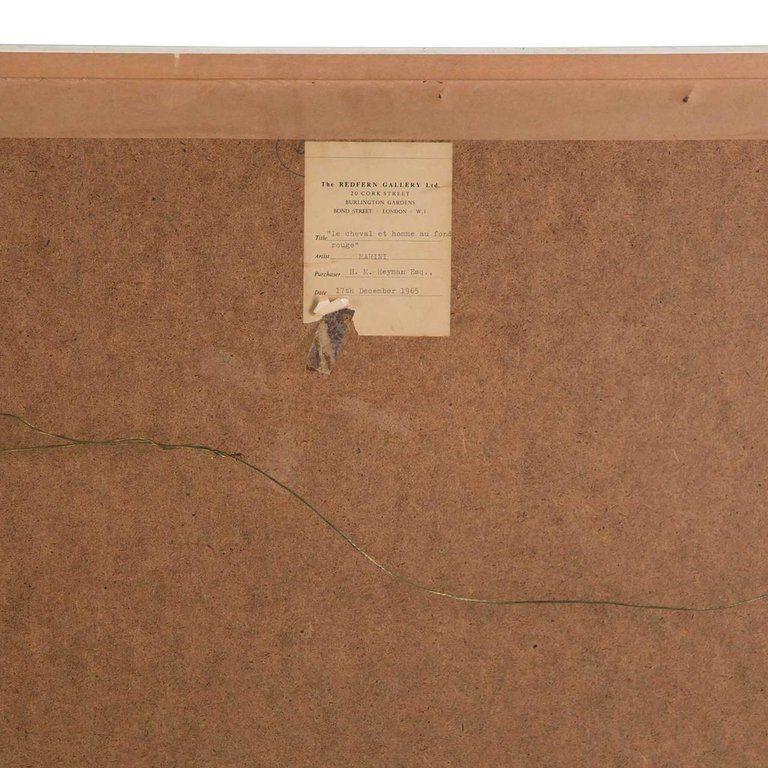 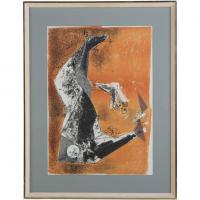 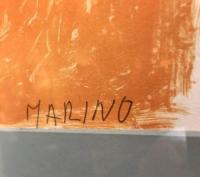 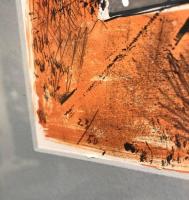 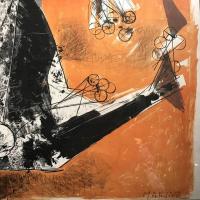 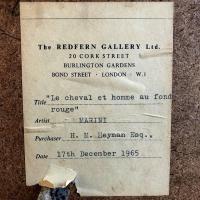 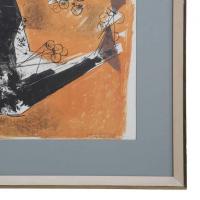 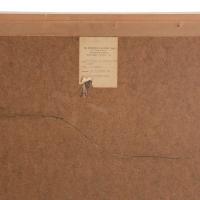 Miracolo (the miracle) Original lithograph in 3 colors, signed “Marino” in pencil by the artist.

Ed. Kornfeld and Klipstein, Bern. no. 23/50 Guastalla n°L63 provenance: the Redfern Gallery 1965 (label to reverse) Original frame, not examined out of the frame

Marino Marini (27 February 1901 – 6 August 1980) was an Italian sculptor. He attended the Accademia di Belle Arti in Florence in 1917. Although he never abandoned painting, Marini devoted himself primarily to sculpture from about 1922.

From this time his work was influenced by Etruscan art and the sculpture of Arturo Martini. Marini succeeded Martini as professor at the Scuola d’Arte di Villa Reale in Monza, near Milan, in 1929, a position he retained until 1940.

In 1936 he moved to Tenero-Locarno, in Ticino Canton, Switzerland; during the following few years the artist often visited Zürich and Basel, where he became a friend of Alberto Giacometti, Germaine Richier, and Fritz Wotruba.

In 1936, he received the Prize of the Quadriennale of Rome. In 1938, he married Mercedes Pedrazzini. He accepted a professorship in sculpture at the Accademia di Belle Arti di Brera, Milan, in 1940.

In 1943, he went into exile in Switzerland, exhibiting in Basel, Bern, and Zurich. In 1946, the artist settled permanently in Milan 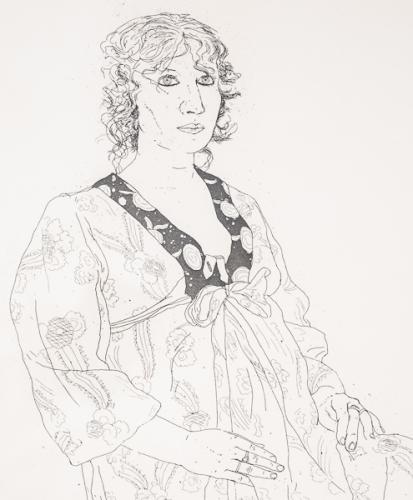 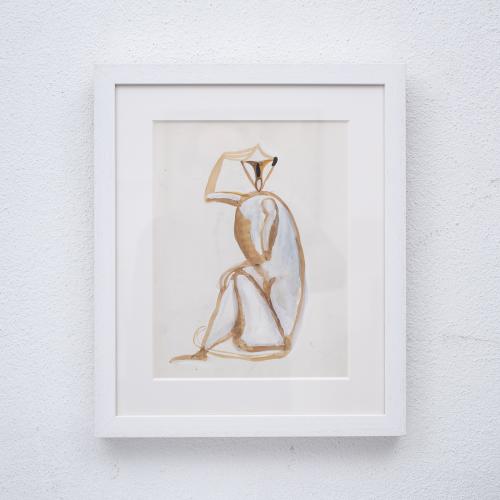 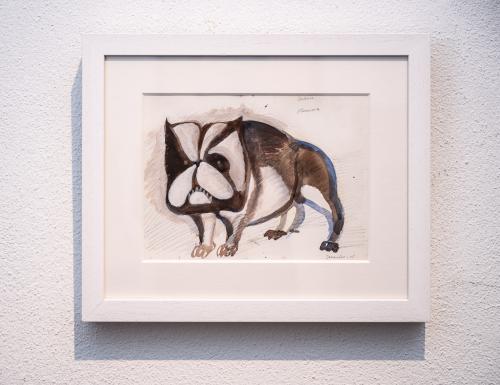