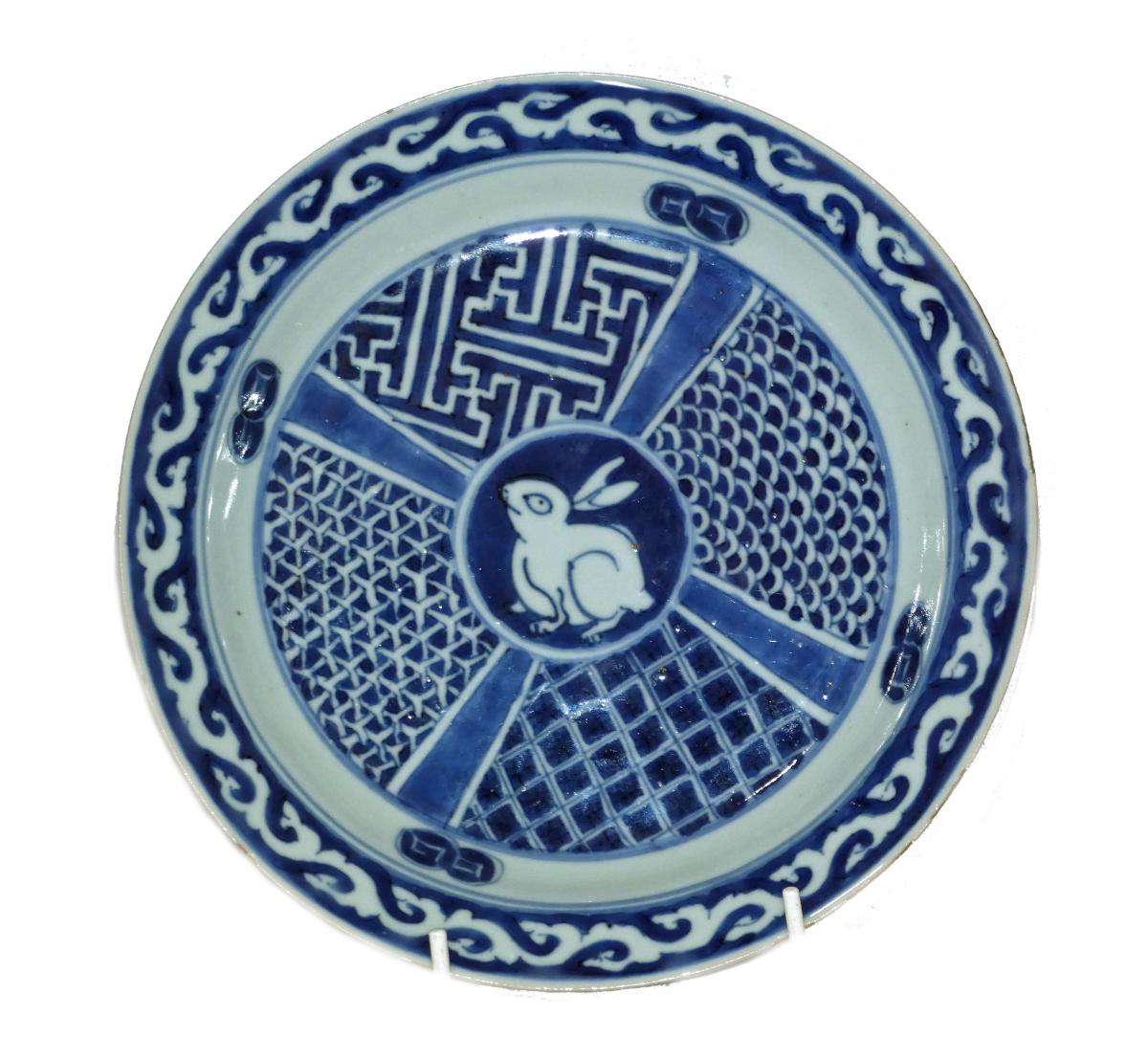 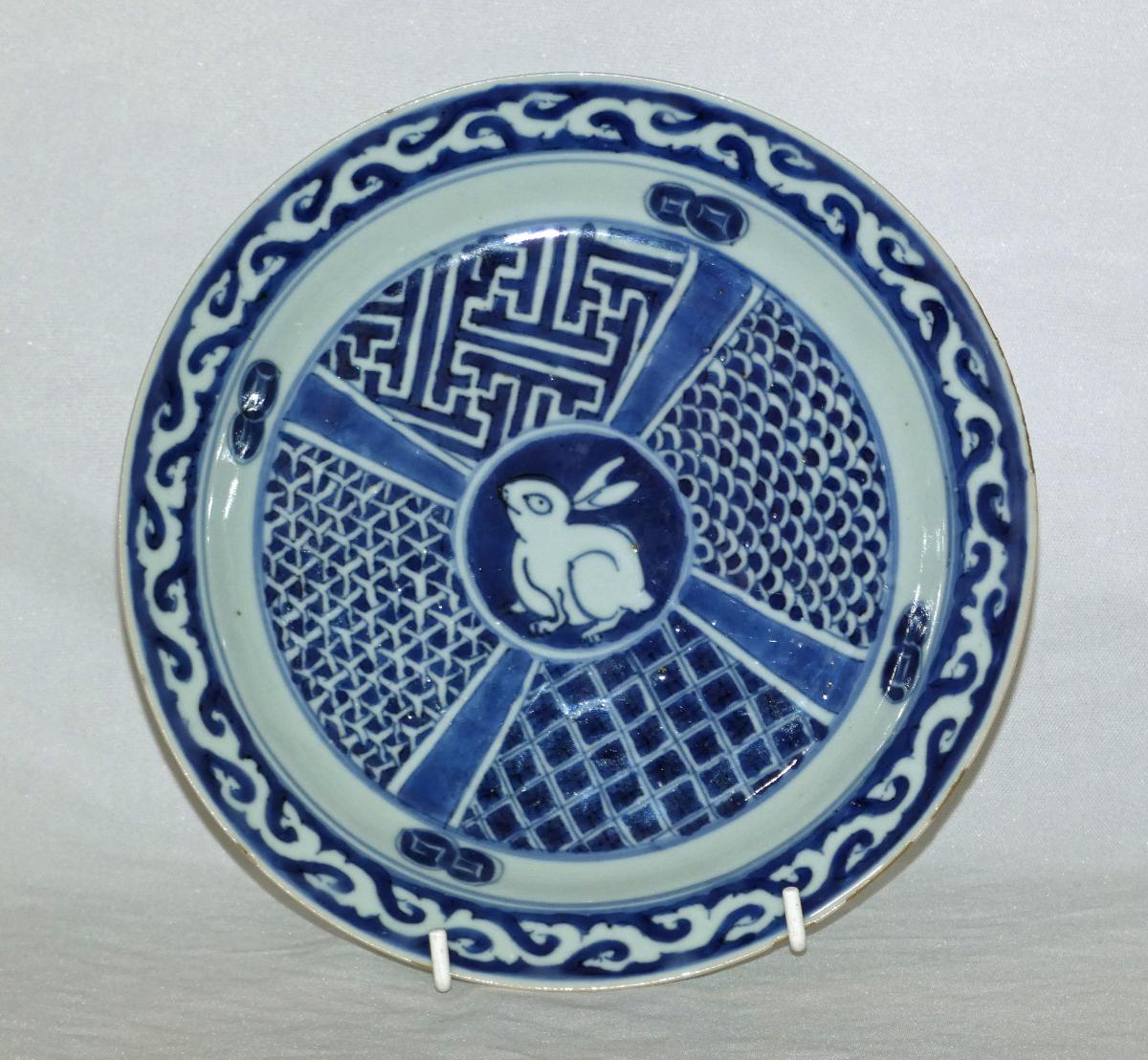 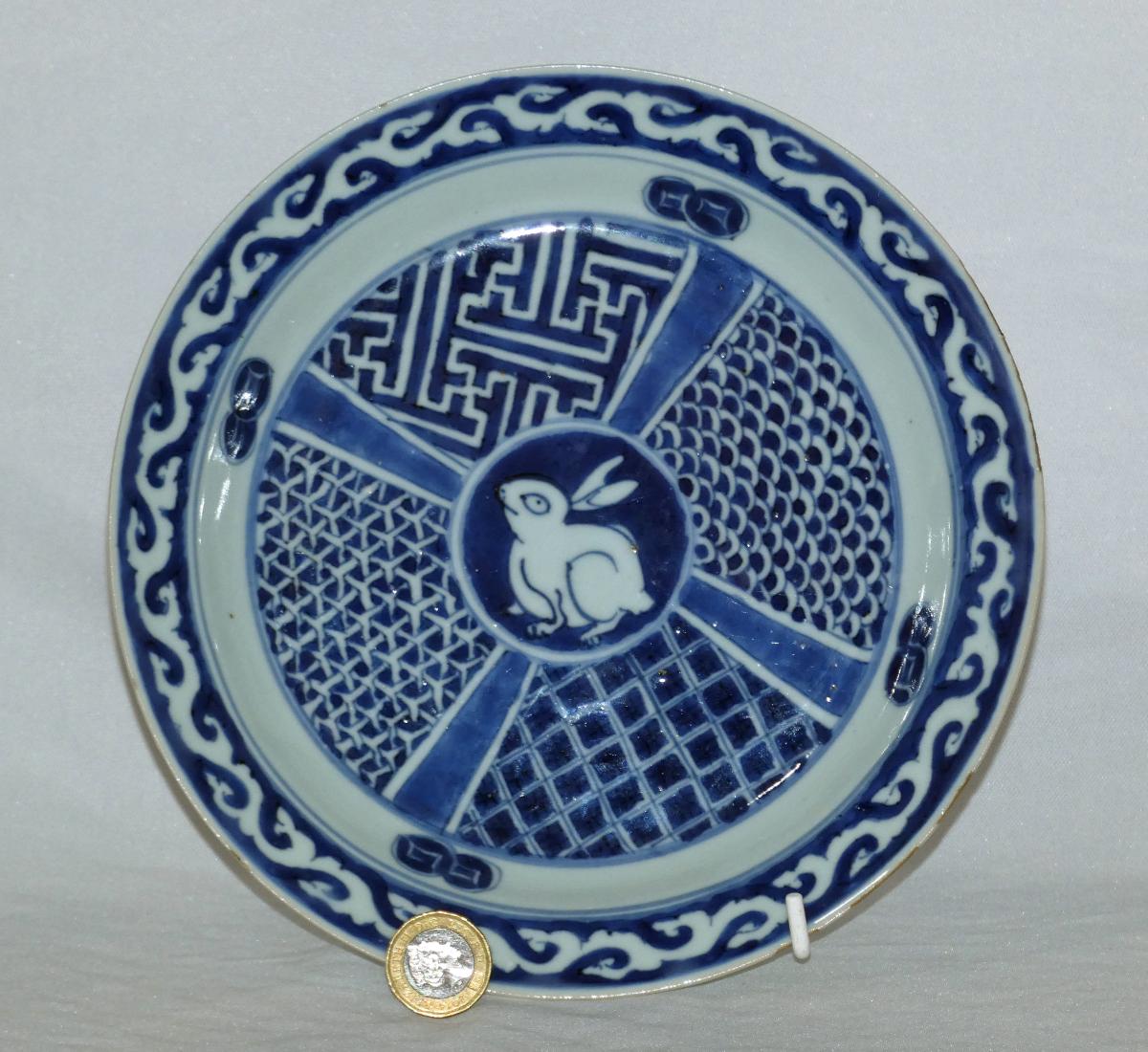 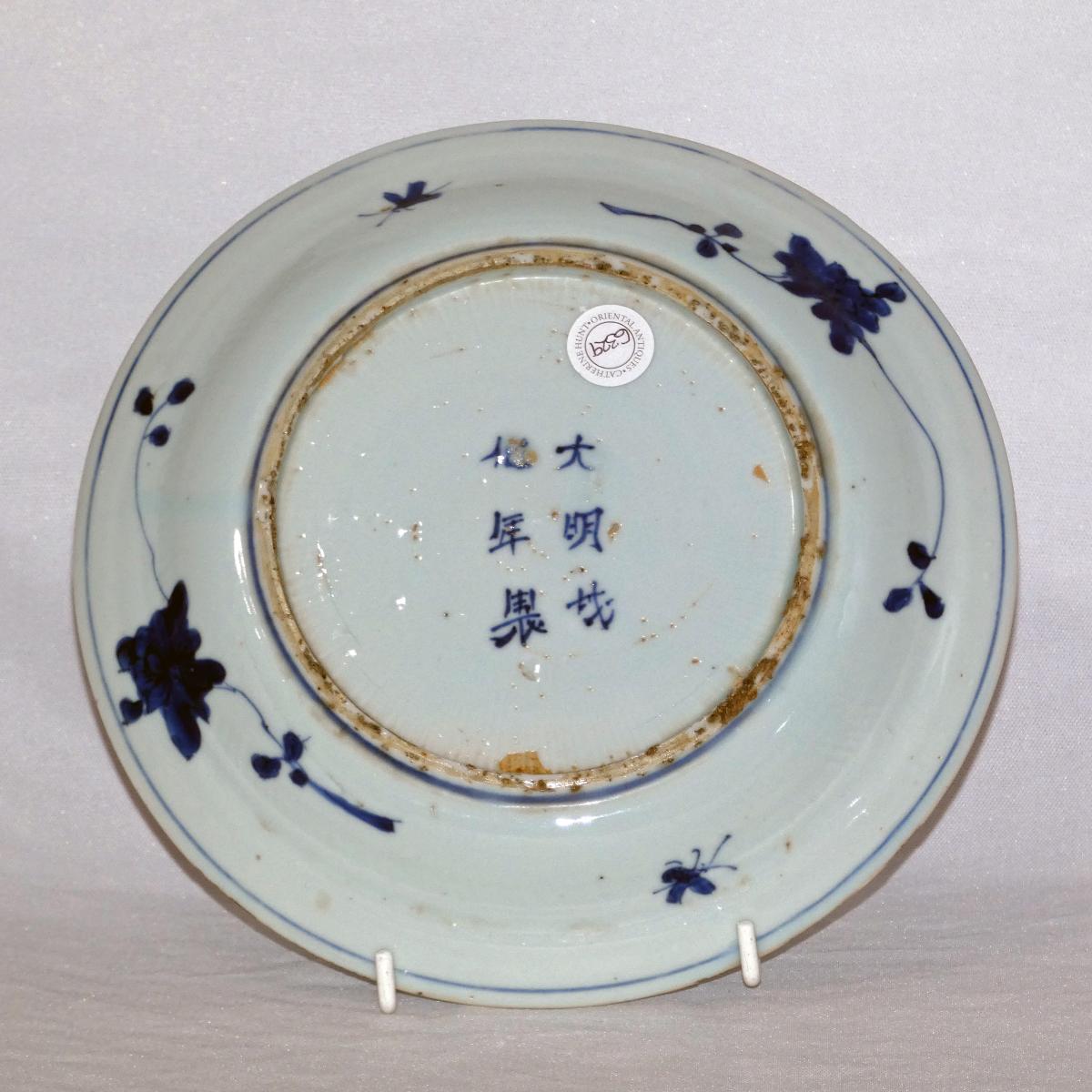 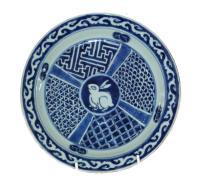 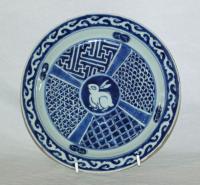 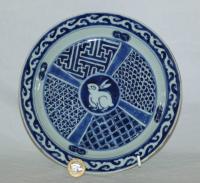 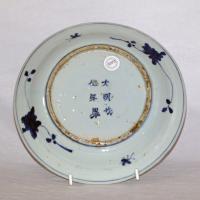 Chinese 17th century blue and white transitional porcelain plate made for the Japanese market in Shonzui style.  Made during the reign of the Emperor Tianqi (1621 -1627) at the kilns at jingdezhen.

The centre of the plate is painted with a seated hare, the symbol of immortality, and sometimes referred to as the 'jade hare' and associated with the immortal Cheng -e.  The hare motif was by far the most popular motif for the Japanese market and one that is found on early Arita ware.

From the hare there are 4 fan shaped designs of various designs of key fret, scales, y diaper and a geometric one. The cavetto has a pattern of scrolling waves where the waves have been left unpainted and the surround painted in blue.

The underside of the plate has a six character mark to base reading Da ming Cheng H'ua nian zhi with flower sprays and butterflies to the underside of the rim..To give the 'authentic' look so desired by the Japanese ther e is the expected mushikui or insect frits to the rim.

For a comporable piece see page 29 plate number 17 in the Butler collection. 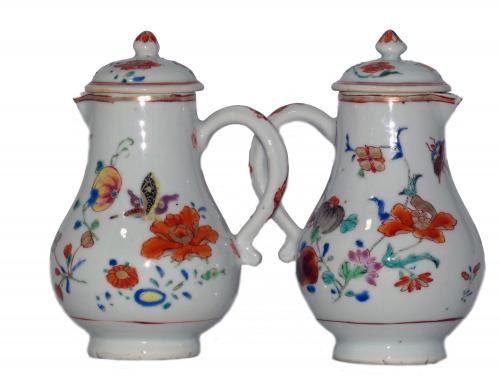 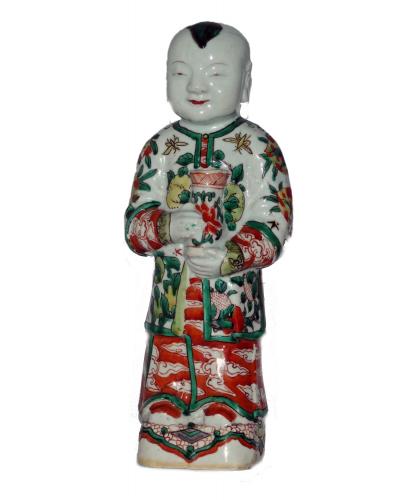 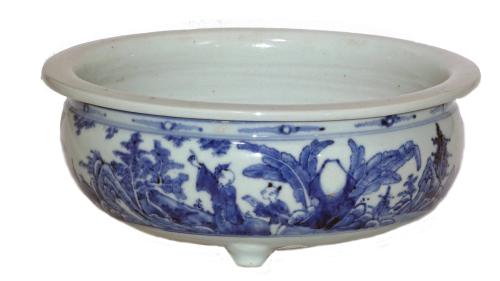