Embroidered collar made by a member of the Miao ethnic minority group in Guizhou Province in southwest China. It most probably dates to the early 20th century.

The Miao have a long tradition of embroidery, which is often very fine and used to embellish festive costumes. The piece in hand is no exception: extremely fine silk embroidery, mostly worked in diagonal stitch and cross stitch, is applied to indigo dyed cotton. The three squares on either side of the front opening are defined by finely pleated outlines of red and yellow cotton. This pleating is repeated on the sides and the top of the collar itself, with the addition of a blue and white line.

Traditionally, this extraordinary skill in embroidering was passed down from mother to daughter. However, in this day and age, and given the amount of time required to produce such a fine textile, the younger women tend to move away from the rural villages and have no time for exercising such a labour intensive craft. According to the writer David Leffman, who has travelled extensively in this area, it is now very difficult to find old pieces (see also his blog at   https://www.davidleffman.com/miao-embroideries/ ). There have been attempts at reviving the craft and thus create a source of income for young women (recent work has been sold to fashion houses and museums), with the benefit of potentially slowing the exodus of the young from these villages. There still are older women alive who can pass on the skill and the knowledge involved. It is to be hoped that these attempts prove to be sustainable and successful.

The collar is worked in four pieces, two for the sides, one for the collar itself and a triangular collar piece at the back, with the silk embroidered onto cotton.

The textile is in excellent condition. 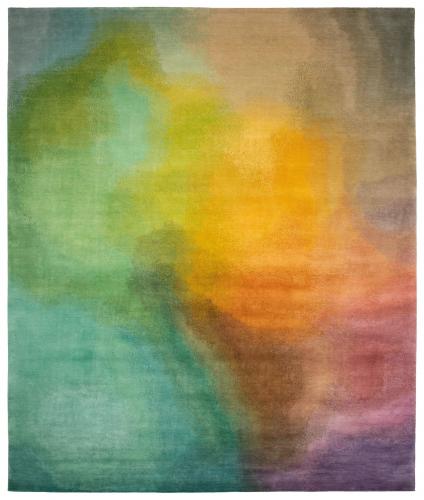