Meissen lobed teabowl and saucer, circa 1730 Of moulded form, the saucer decorated in enamels and gilt in the kakiemon style with two young boys; one carrying a pack-basket containing flowers and grasses, the other sitting in profile facing him, dressed in red and holding a golden fan, a pair of bluebirds flying overhead.

The teabowl decorated in the same design, both with overglaze blue Meissen crossed sword mark to the base. Identical Beaker solld in New York which did not have its saucer and sold for $13,860 about £10,200. We are offering not just the beaker but the beaker and its saucer for less money.

Tiny flake to one lobe on the beaker. similar condition to the one sold at Sothebys

A 17th century Japanese saucer of the design upon which this Meissen example is based is in the Guest and Gray collection and is available for purchase. A teabowl and saucer of the same pattern can be found in the collection of the Staatliche Kunstsammlungen in Dresden (PE 5072 a, b) and in the silver necessaire of Marie Leczinska in the Louvre, Paris. A Meissen saucer of the same design can be found in the collection of the Rijksmuseum (BK-1966-107) and the Hoffmeister in Hamburg. An illustrated example can be seen in den Baluuwen, Abraham L., ‘Meissen Porcelain in the Rijkmuseum’, p.251 pl.182. A Chantilly dish with this pattern is illustrated in ‘The Lady Cynthia Postan Collection’ (exhibition catalogue), 2015, pl.19

Meissen teabowls and saucers of this design were produced for the French merchant Rodolphe Lemaire in around 1730, at which time he was negotiating with a special Meissen manufactory committee set up to settle the terms according to which the factory would supply the merchant. When Lemaire requested that the pieces made for him were not marked with the Meissen underglaze blue mark, it became apparent that his intention was to pass the kakiemon-style Meissen porcelains off in France as Japanese wares. However, the committee advised Augustus the Strong, King of Saxony and porcelain fanatic under whose command the Meissen porcelain manufactory had been founded, to turn a blind eye and continue negotiations with Lemaire. The contract was signed in 1729 with the King’s approval, and so Lemaire was granted an exclusive supply of Meissen kakiemon wares made to his specification (though the King still insisted that the Meissen mark should be used). Relations became strained, however, when it emerged that Lemaire and a Saxon official, the Count of Hoym, had intervened and instructed the artists at the factory to apply the Meissen mark to some wares in overglaze enamel, rather than underglaze blue, so that it could be removed at a later date before resale in France. To make matters worse, although Lemaire had initially been supplying the manufactory with his own kakiemon-style designs to work from, with the Count of Hoym’s assistance he was able to use the prized porcelains from Augustus’ royal collection as models for his consignments. Augustus had intended select pieces from his collection at the Japanese Palace to be copied for his own private consumption, but was furious to hear that such pieces would be sold publicly and without his consent. Hoym was exiled, Lemaire was arrested and expelled from Saxony, and the contraband porcelains which had not already been shipped to France were confiscated. Augustus then incorporated them into the Royal Collection, where many such pieces remain to this day in the Porzellansammlung, part of the Dresden State Art Collection. This teabowl and saucer is an example of one of the designs modelled directly from a Japanese example from Augustus’ collection, and although sadly the Japanese original has now been lost another identical Meissen-made teabowl and saucer, copied for Lemaire and absorbed into the Royal Collection, remains at Dresden to this day. It was included in the 1779 inventory of the Japanese Palace along with other Meissen copies. 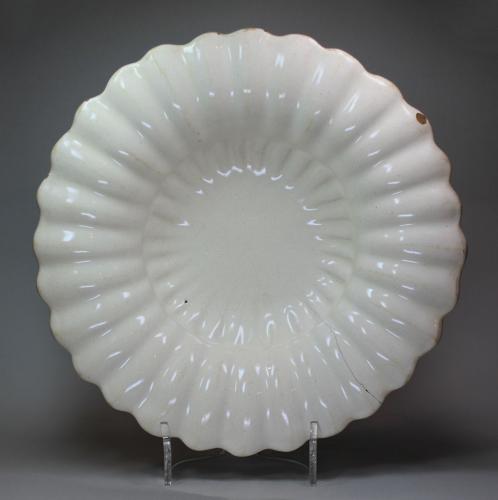 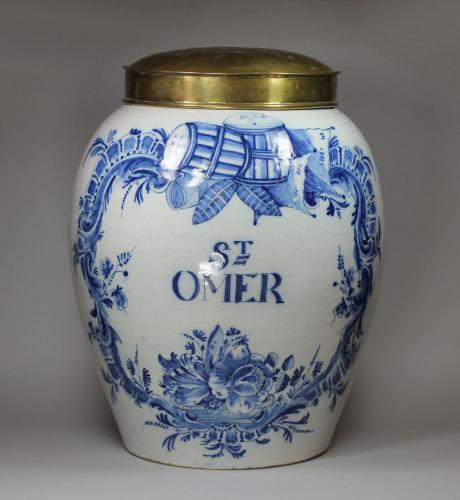 Rare Dutch Delft lobed dish, circa 1700, with a portrait of Queen Mary II
Guest and Gray
View all from this dealer