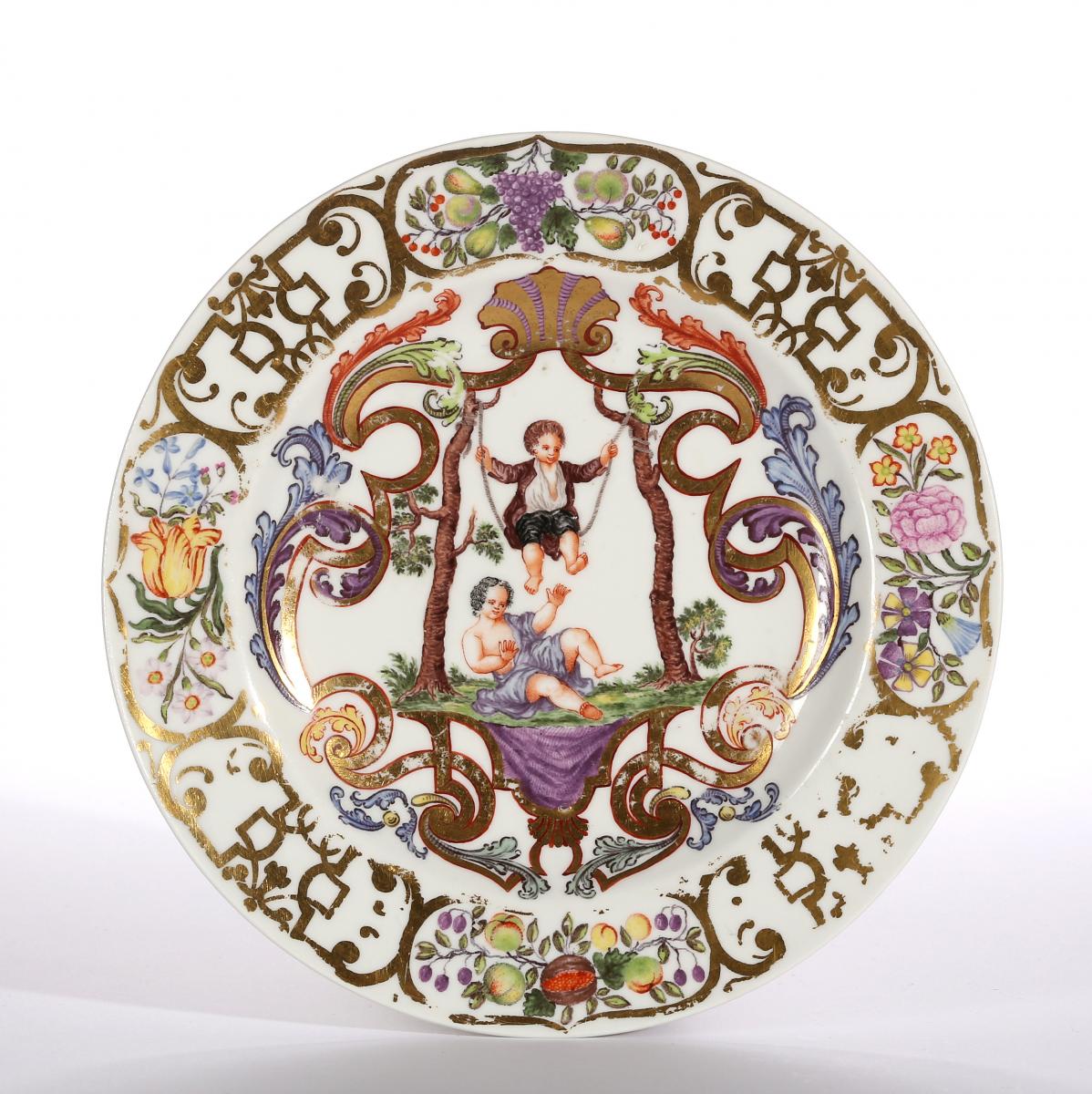 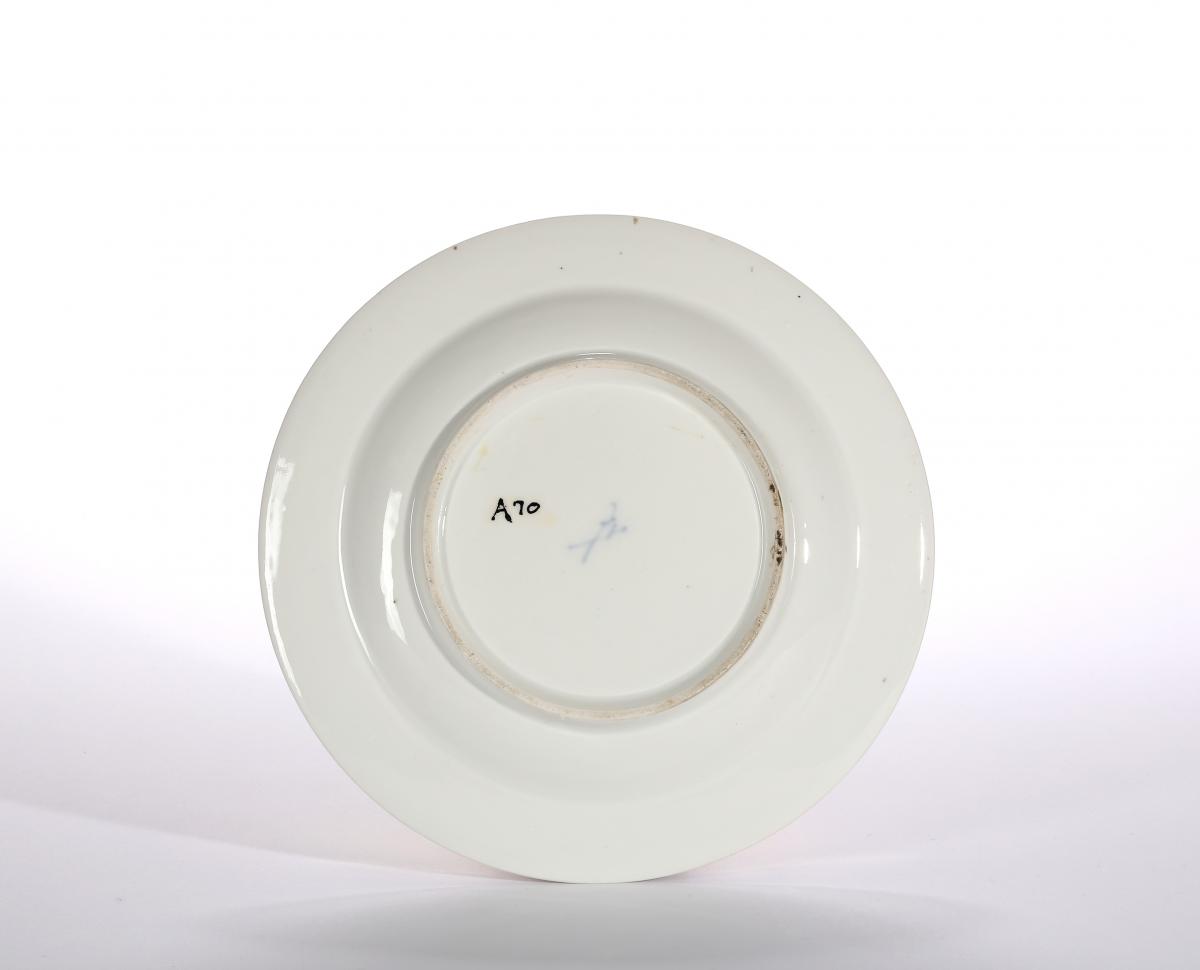 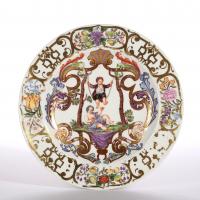 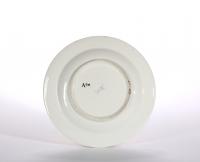 Painted with children playing and swinging on ropes between two trees within elaborate gilt scrolls, the border with four panels of fruit and flowers.

This plate is from a small set that were preserved in the possession of the Counts von Bressler (Breslau or now Wroclaw) in Schloss Lauske until at least 1925 when published by Pazaurek. They are decorated with scenes from ‘Les Jeux et plaisirs de l’enfance’ by Jacques Stella, published in Paris in 1657.

Hans Gottlieb von Bressler (d. 1777) was member of the Silesian nobility and mayor of Breslau for the last 11 years of his life. He decorated these pieces as a personal hobby working under the influence of Ignaz Bottengruber.

Other plates from the series, are in the Arnhold Collection, New York, The Metropolitan Museum, New York (50.211.243), the Gardiner Museum, Toronto and The Hans Syz Collection, Smithsonian Institution, Washington DC.

Losses to gilding and some wear, no restoration