A matched pair of satinwood tables after Donald Ross, retailed by Edwards and Roberts 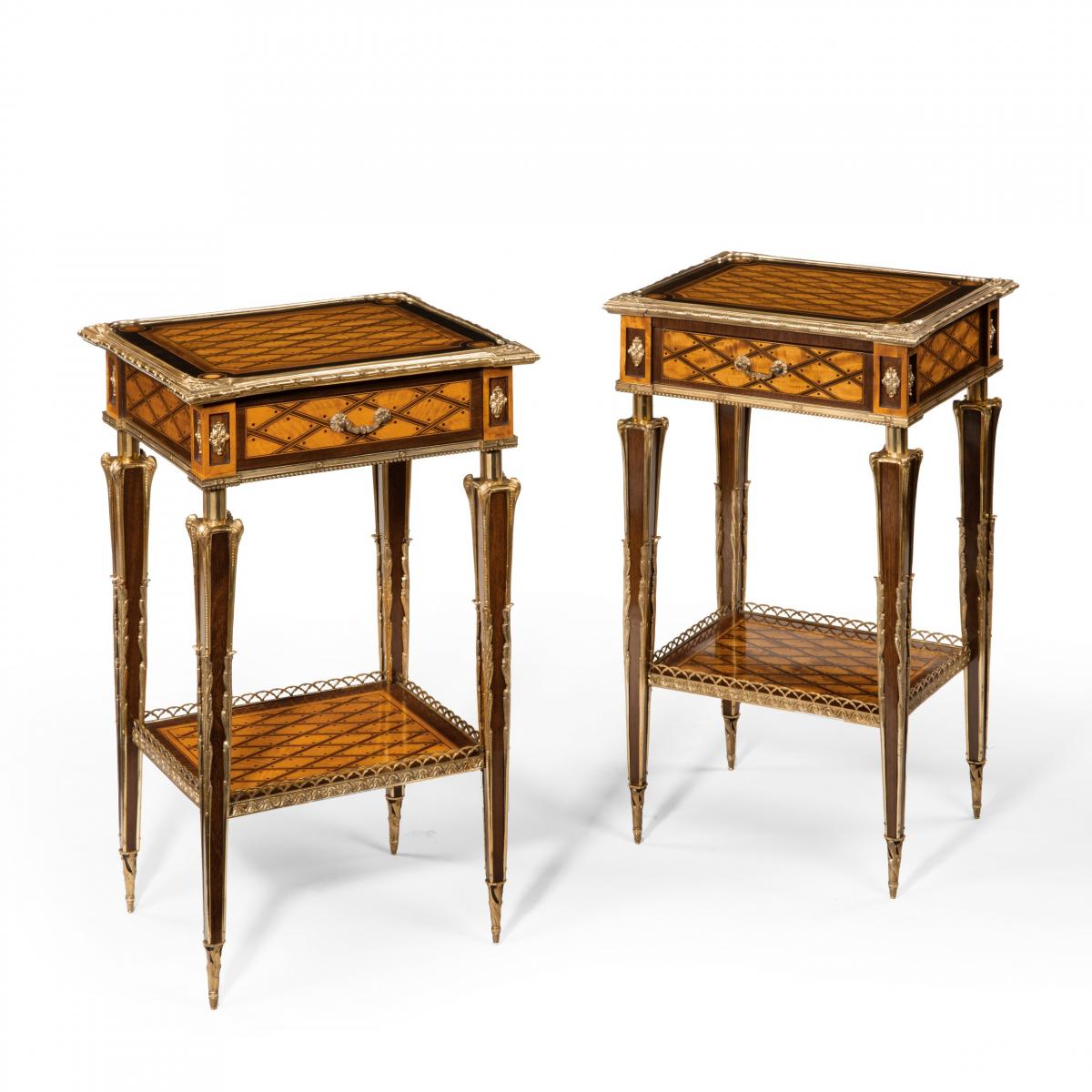 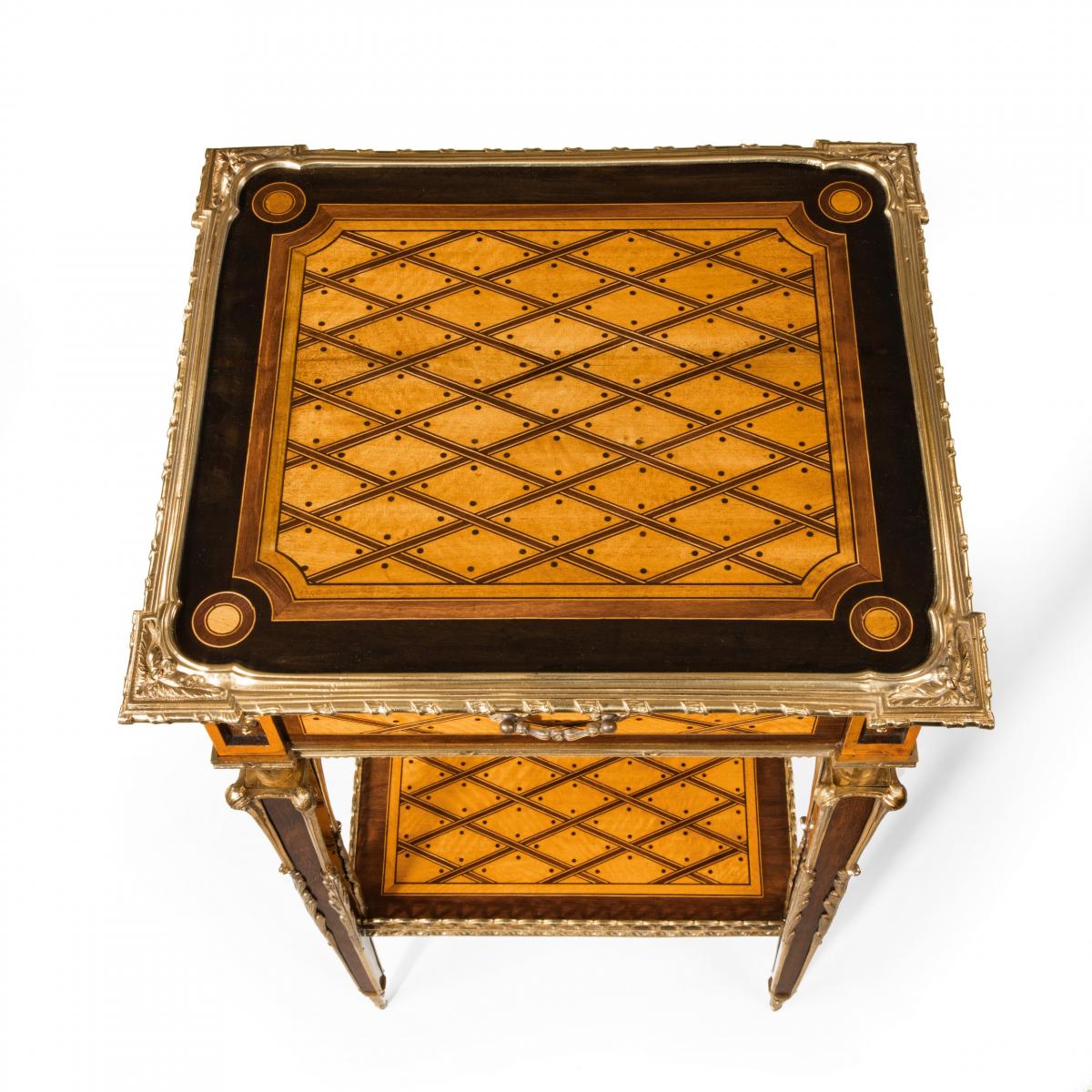 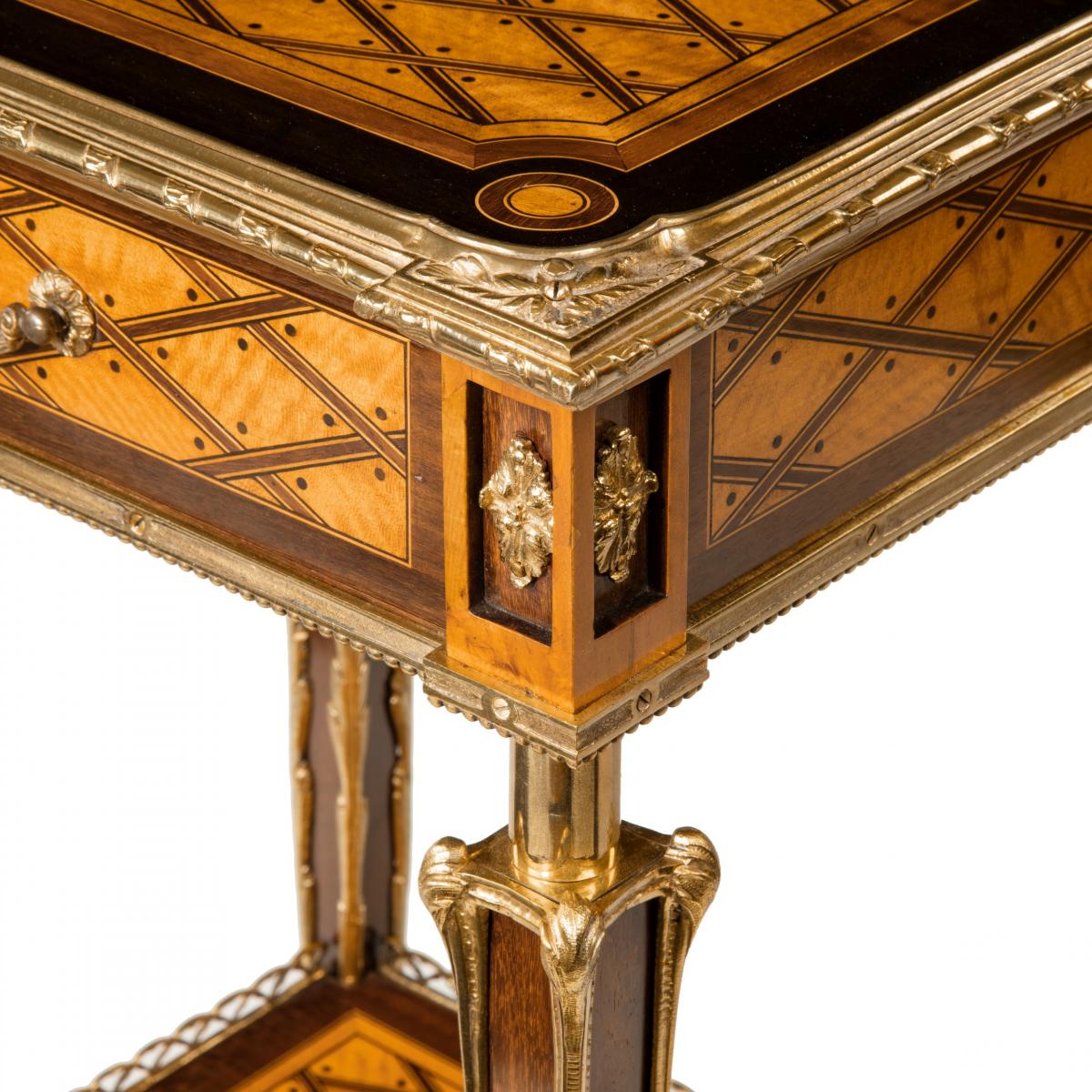 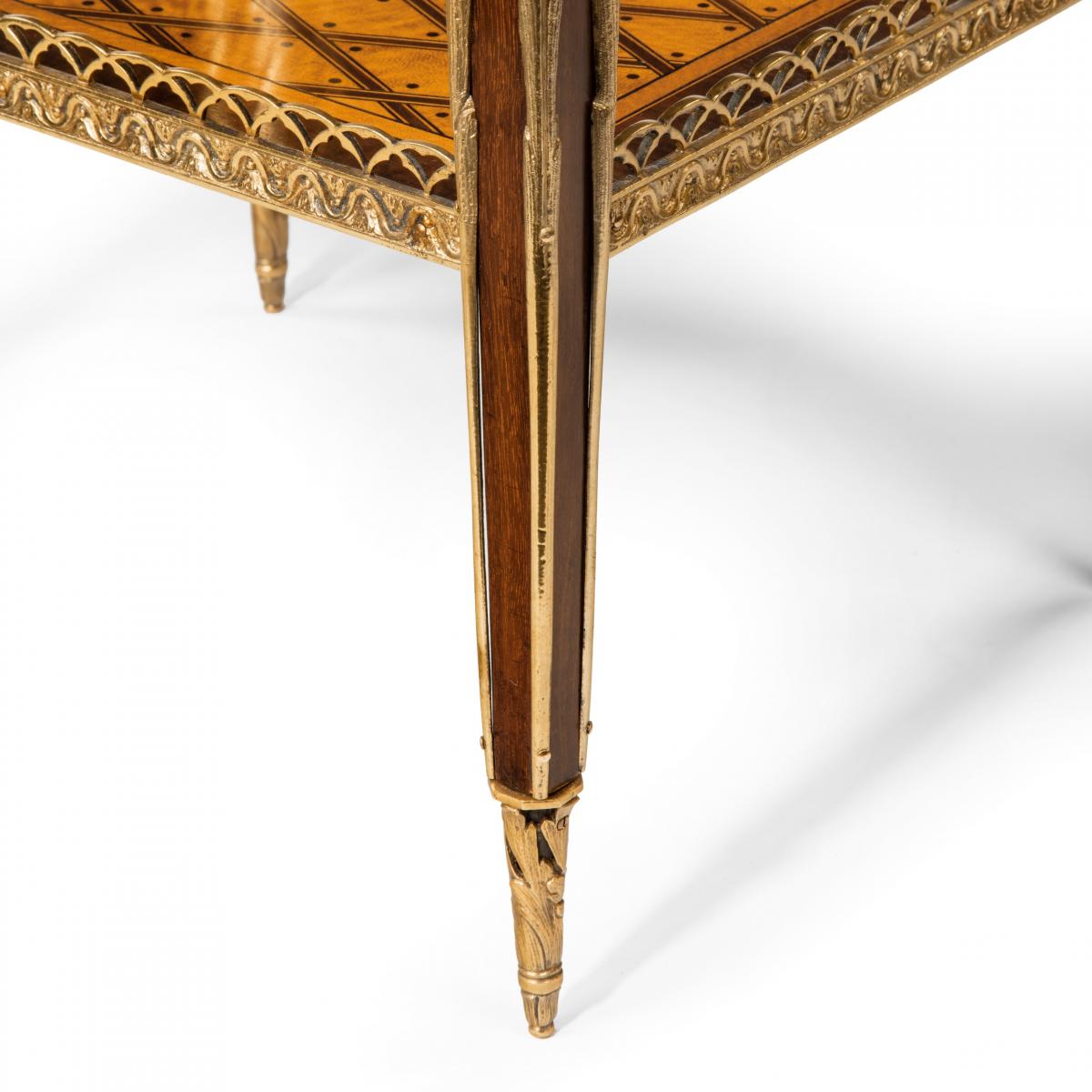 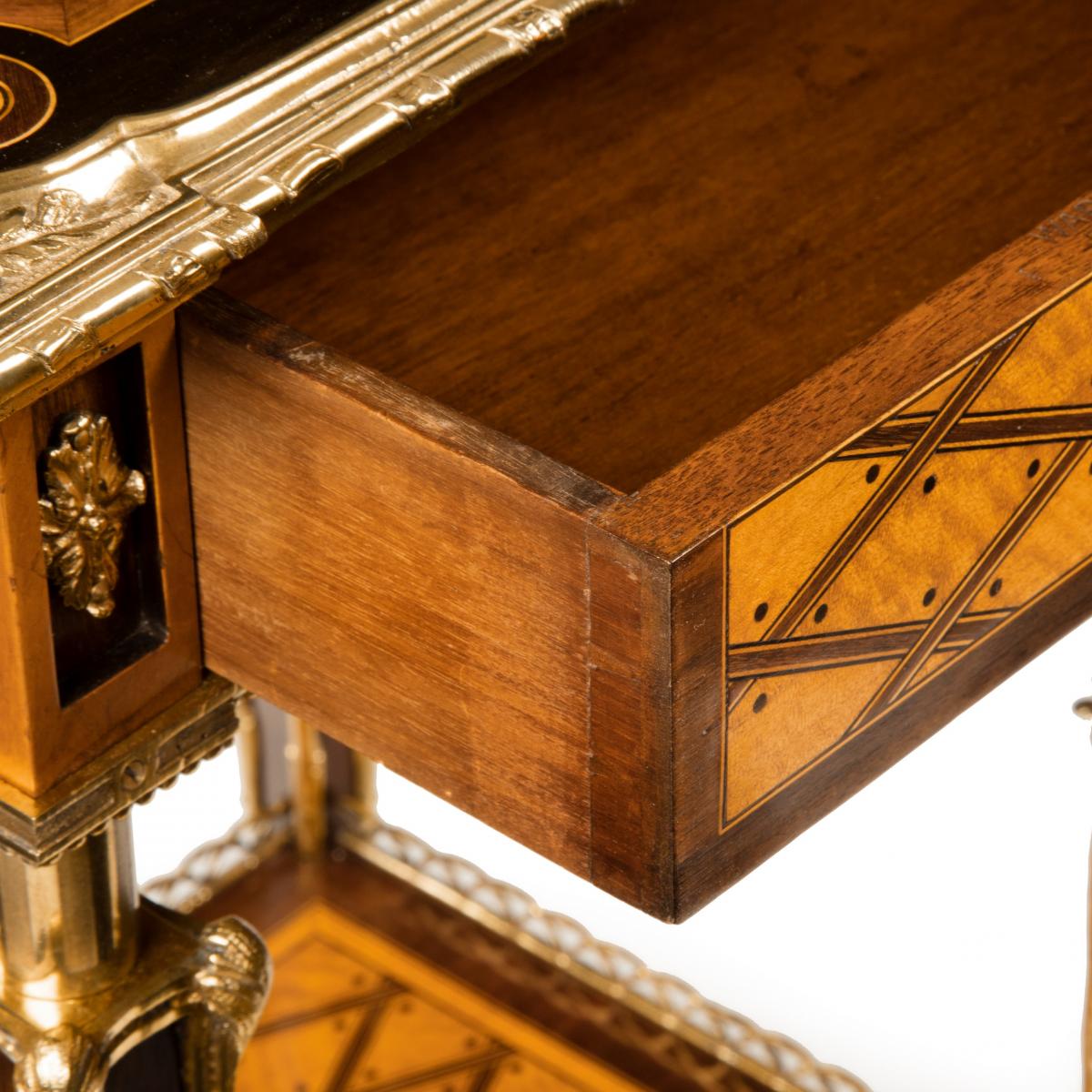 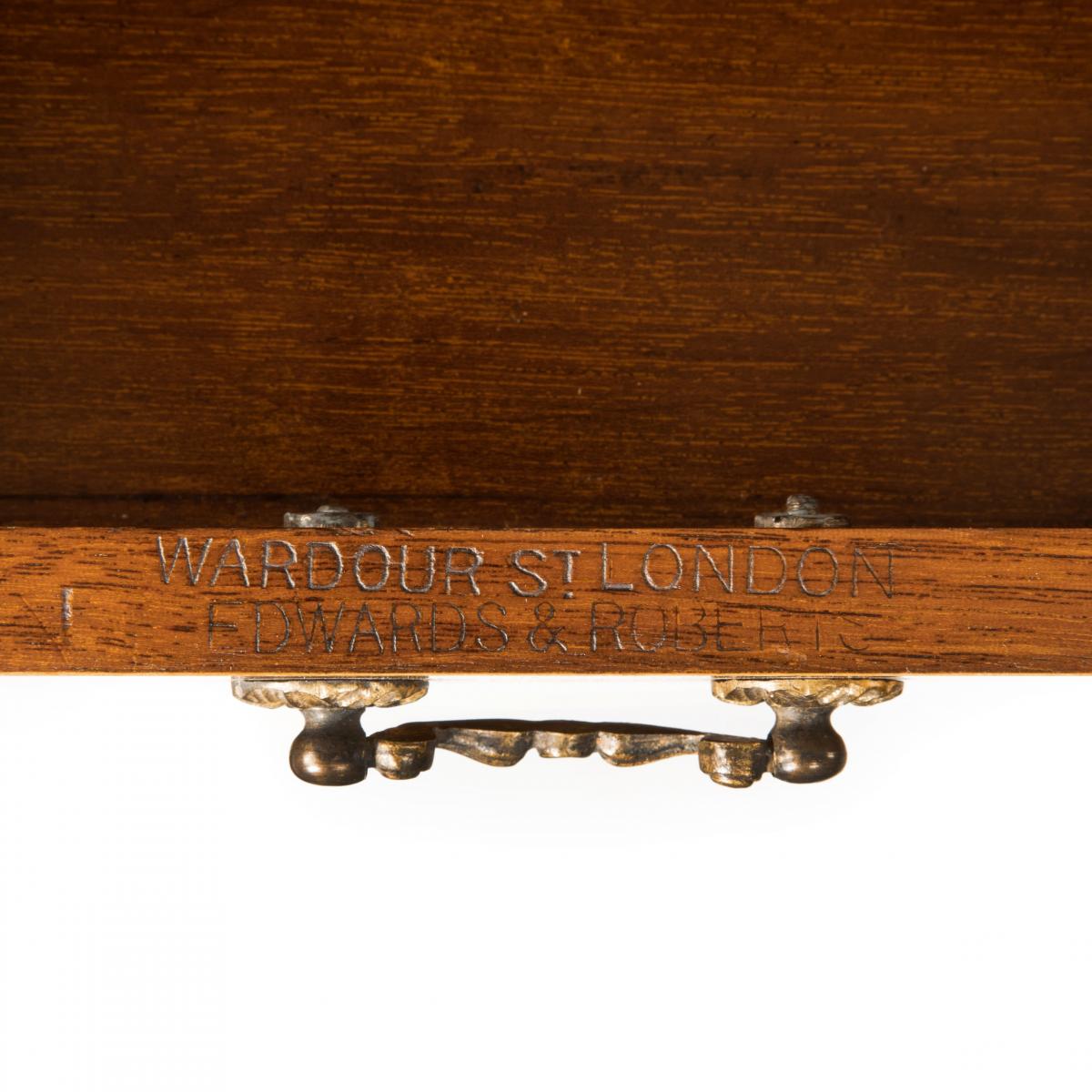 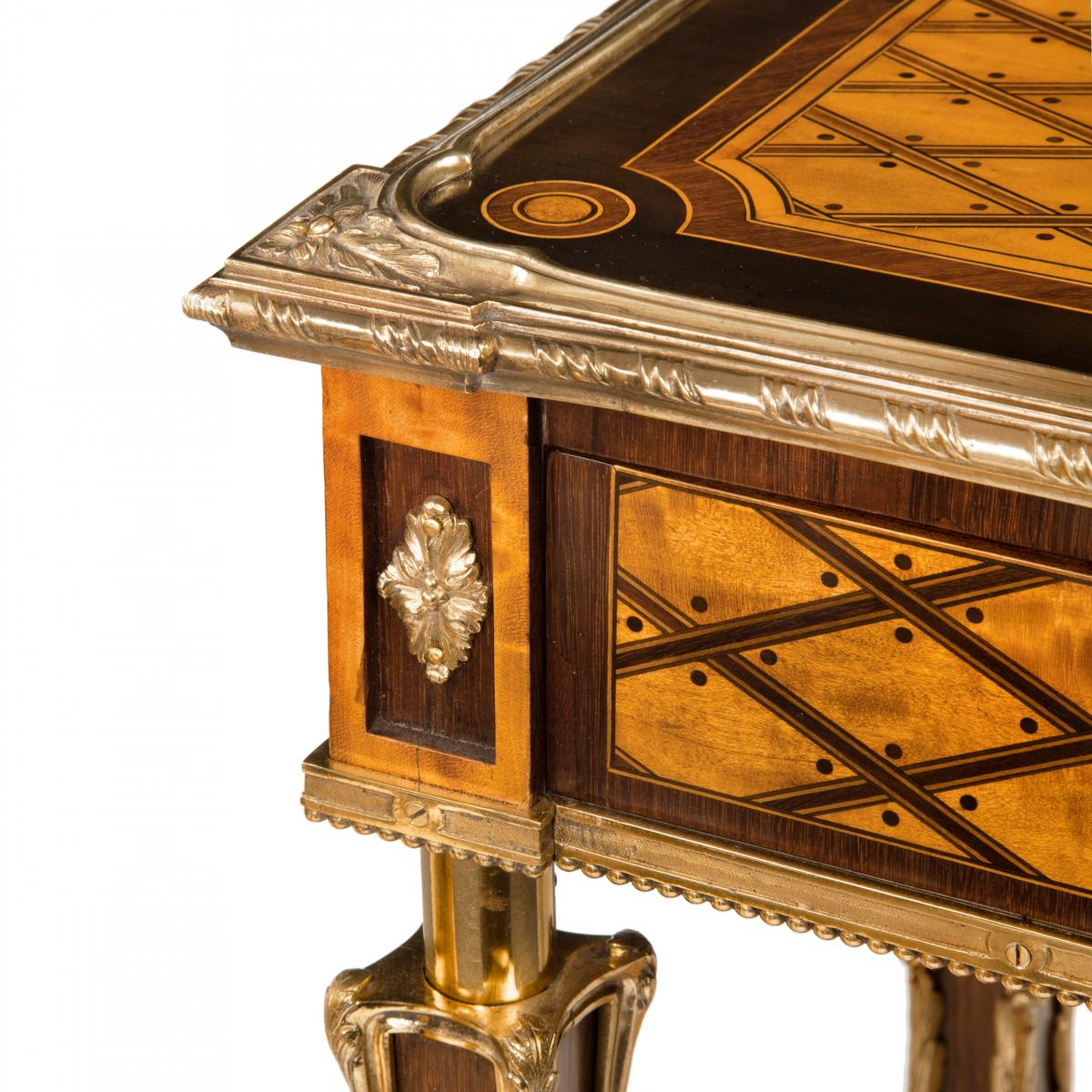 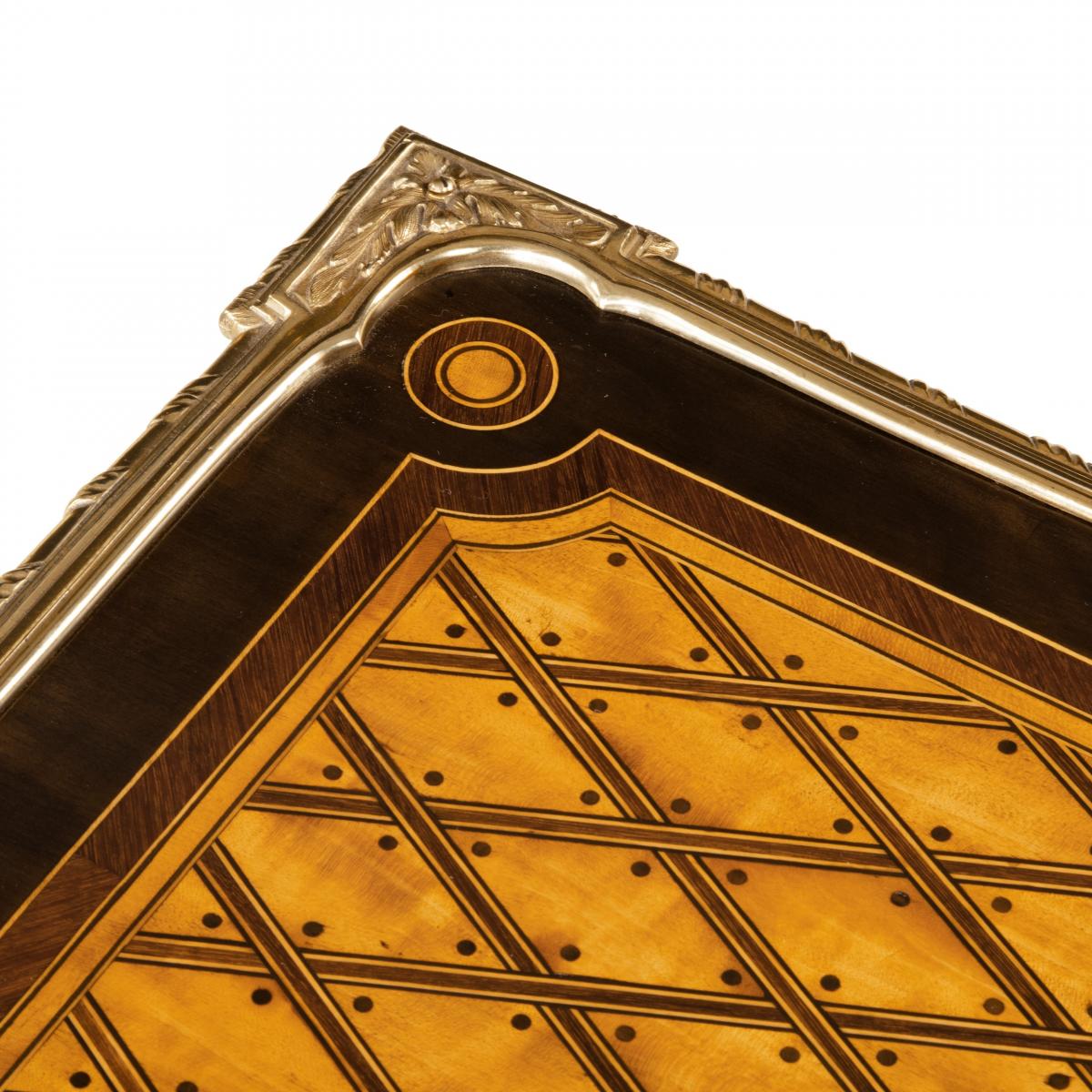 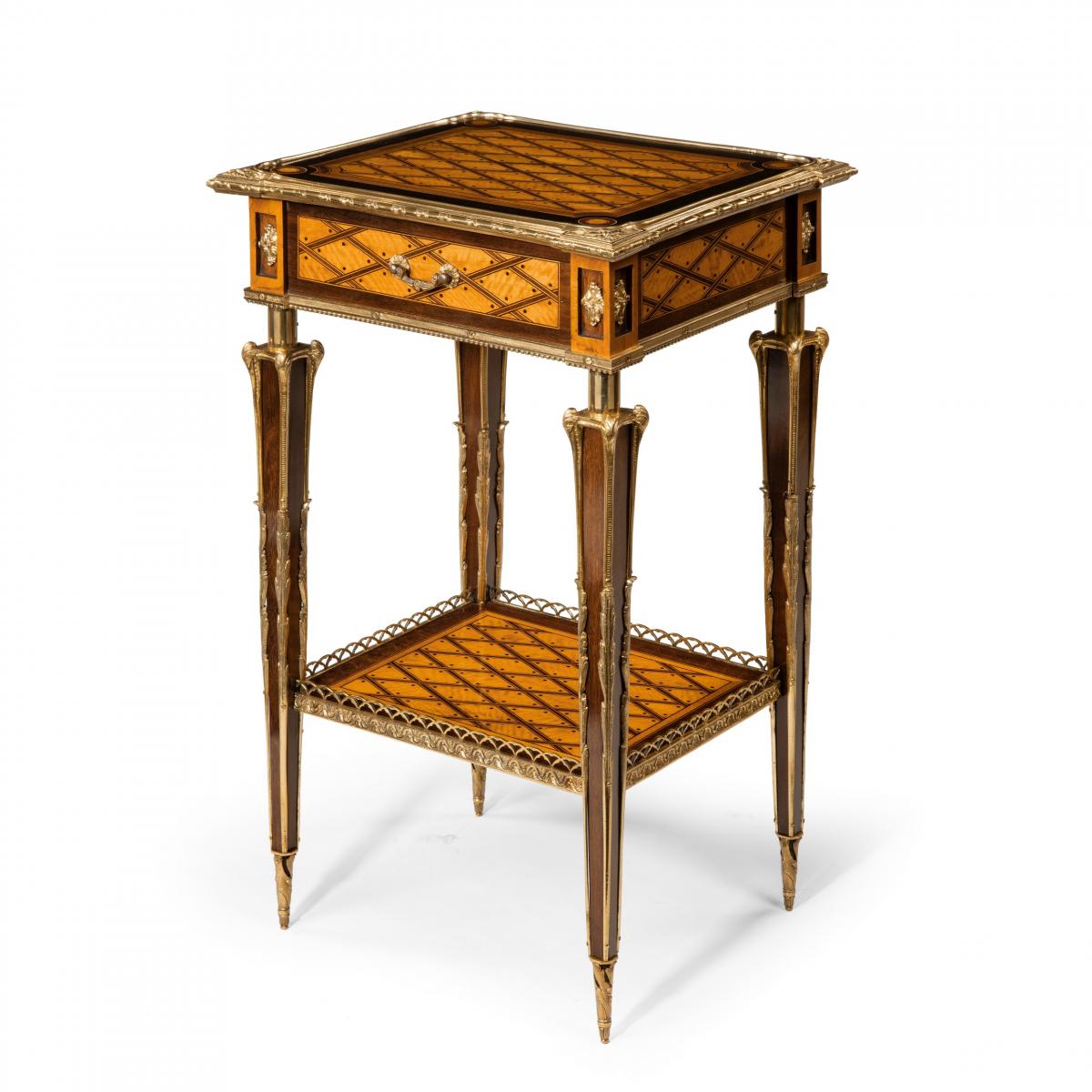 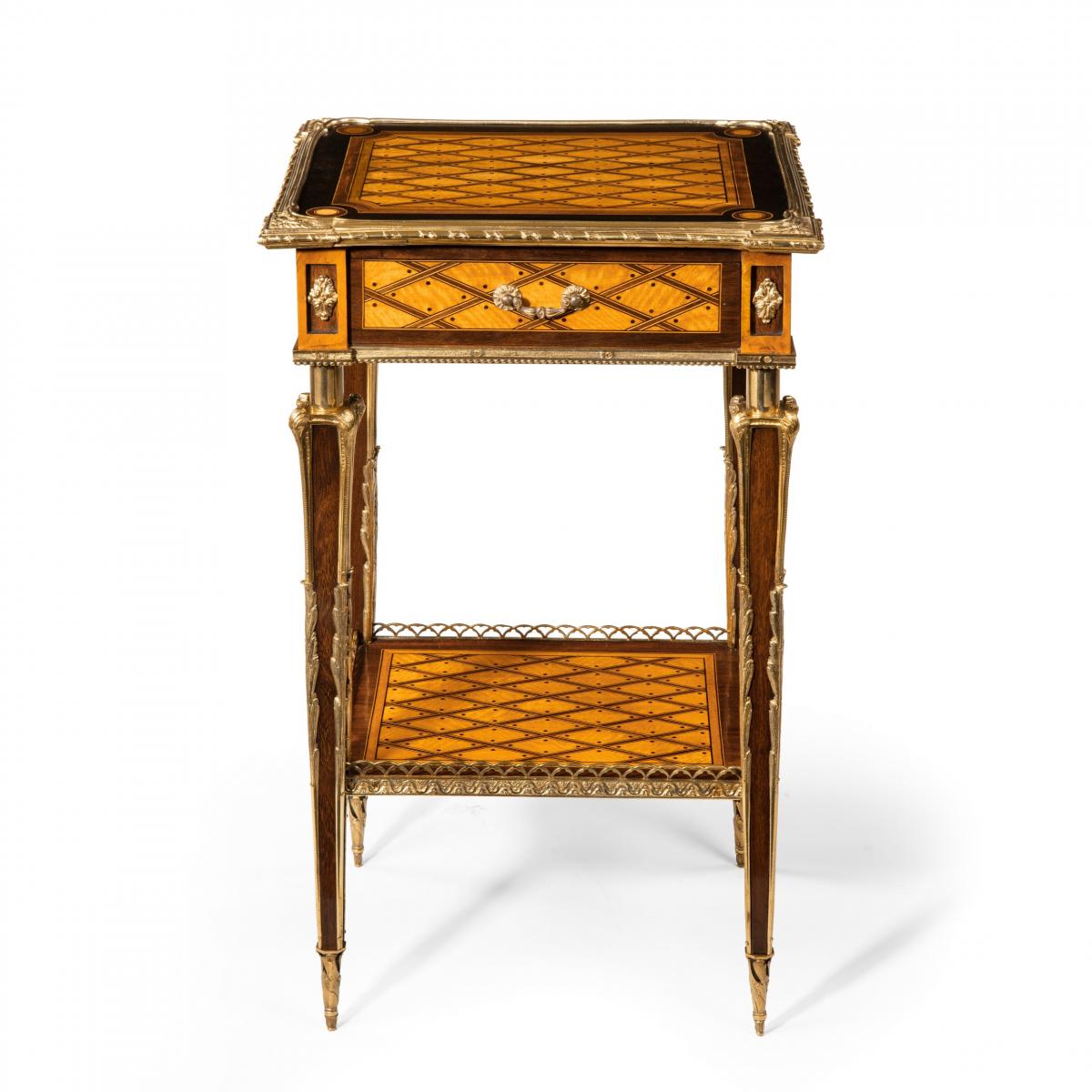 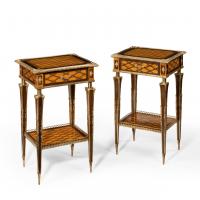 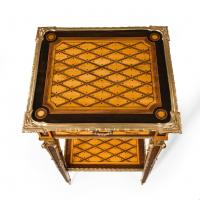 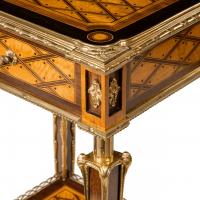 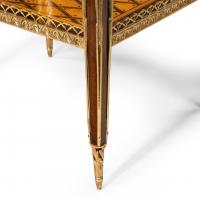 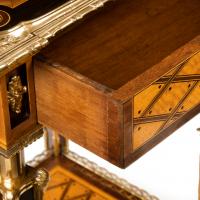 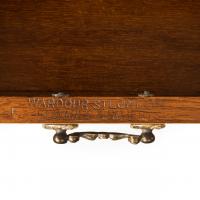 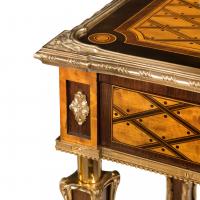 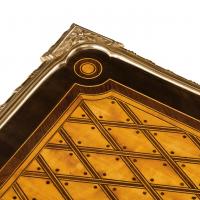 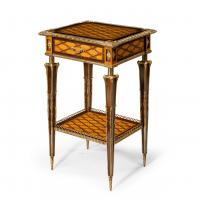 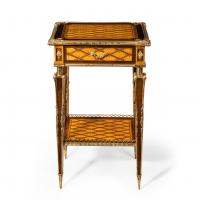 A matched pair of satinwood tables after Donald Ross, retailed by Edwards and Roberts, each in the style of Louis XV with a rectangular top above a single frieze drawer, raised on four square section tapering legs joined by a solid shelf with an ormolu gallery, decorated throughout with parquetry trellis in purpleheart and lavish, high quality ormolu mounts, stamped ‘Edwards & Roberts’. English, circa 1860.

Footnotes: Donald Ross, of 13 Denmark Street, Soho, London, exhibited a drawing room suite at the Crystal Palace Exhibition of 1851, and the Victoria and Albert Museum, South Kensington, London, shows a pair of side tables similar to these two. In the later stages of the 19th century Ross appears to have made a speciality of ‘dotted parquetry trellis’ popularised by Garnier and Sene in 18th century Paris. It is known that he supplied furniture to important furniture retailers including Gillows and Edwards & Roberts.

Edwards & Roberts was founded in 1845, and had premises at 21 Wardour Street London. By 1892 they occupied more than a dozen buildings in Wardour Street, where they continued to trade until the end of the century. They became one of the leading London cabinet makers and retailers working in a variety of styles, both modern and revivalist. Their business also involved retailing, adapting and restoring the finest antique furniture and there are many examples of their earlier furniture with later embellishments bearing their stamp. Edwards & Roberts specialized in marquetry, inlay and ormolu.