Marzio Tamer, Nuts and bread, tempera on board, 2018 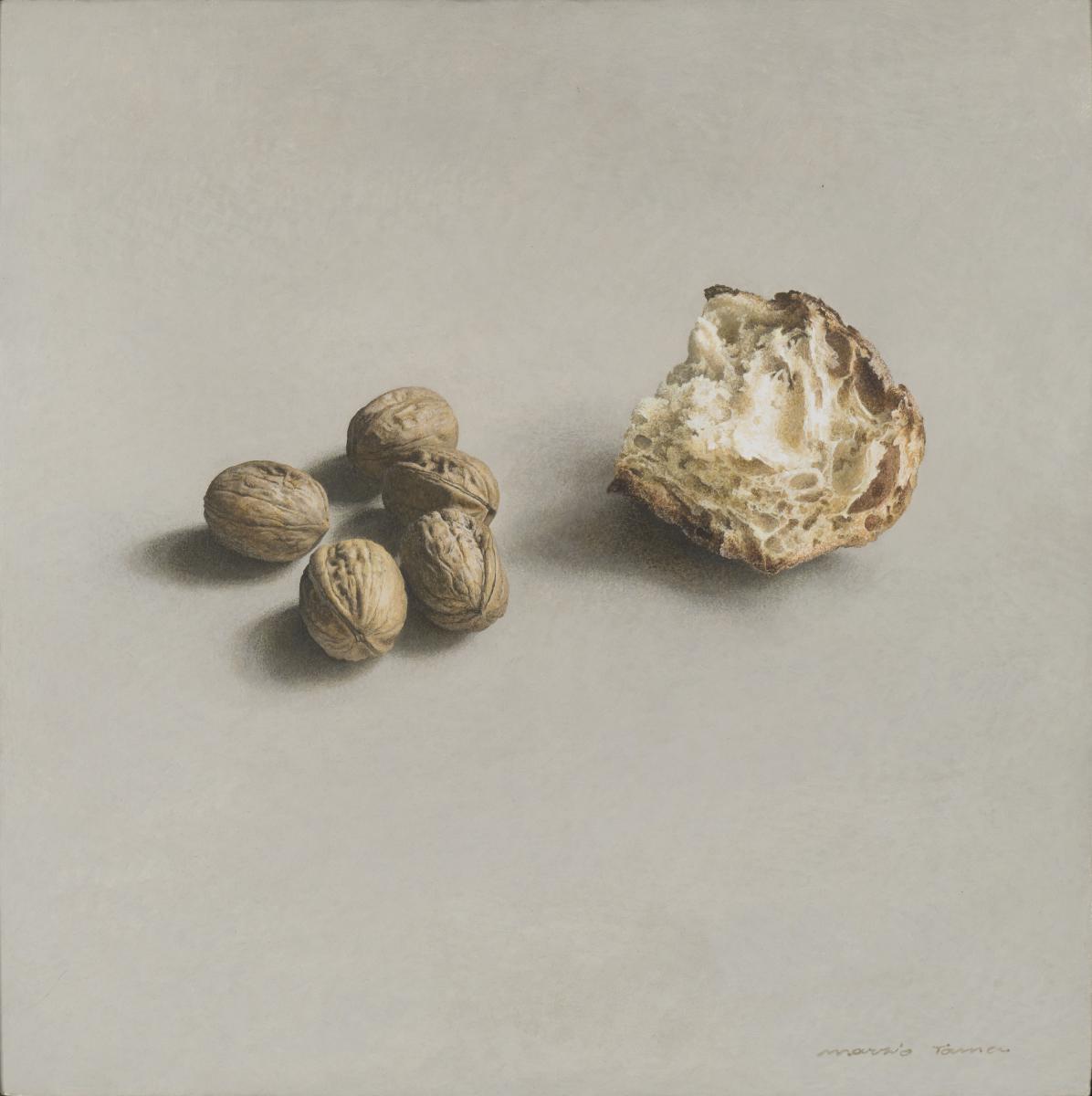 Marzio Tamer was born and raised in Milan, where he currently lives and works. He started his professional career in the 90s as an autodidact and his talent was immediately recognized by the Salamon Fine Art gallery which has been representing him worldwide ever since. Marzio Tamer’s talent is characterized by both his extraordinary technique and his poetic gaze on nature, which is his main source of inspiration.

Following the advice given by the gallery, by the end of the 90s Marzio Tamer started exploring egg tempera, which became his discerning technique. Within two years, Tamer mastered this new technique and drew interest from American and British collectors, as well as from other important cultural figures such as Lord Jakob Rotschild. Furthermore, after discovering Marzio Tamer’s talent, multiple museum curators, suggested to their affiliated museums to buy some of Marzio Tamer’s masterpieces, which are now part of their permanent exhibition. Following the international interest in Marzio Tamer’s work, which is characterized by his sublime poetic and technique, his paintings were soon recognized by some of the most prominent personalities in the Italian entrepreneurial and cultural sector. Soon afterwards, such personalities started to collect his artworks, which are now part of their art collections.

Marzio Tamer’s artworks focus mainly on landscapes, animal portraits, and still lives. In the 00s he started researching new techniques that would allow him to have a more immediate language. This research resulted in him taking up watercolors, and more specifically dry brush. The dry brush technique is characterized by using a lightly moist brush charged with pigment. Due to his immediate and astonishing mastery over this new technique, Marzio Tamer was able to explore new stylistic paths. Compared to egg tempera, watercolors allowed him to produce artworks with a fresher and lighter touch without loosing his characteristic poetic. Furthermore, during these years he developed a new way of representing animals by placing them in empty and metaphysical spaces. This new way of representation, allowed Marzio Tamer to free his subjects from an environmental context, without denaturalizing their rigorous and precise depiction. Simultaneously, he decided to contextually simplify, and occasionally take to the extremes, his landscapes, which became the mean to reach figurative compositions that are perfectly balanced. These panoramas are oftentimes product of his imagination.