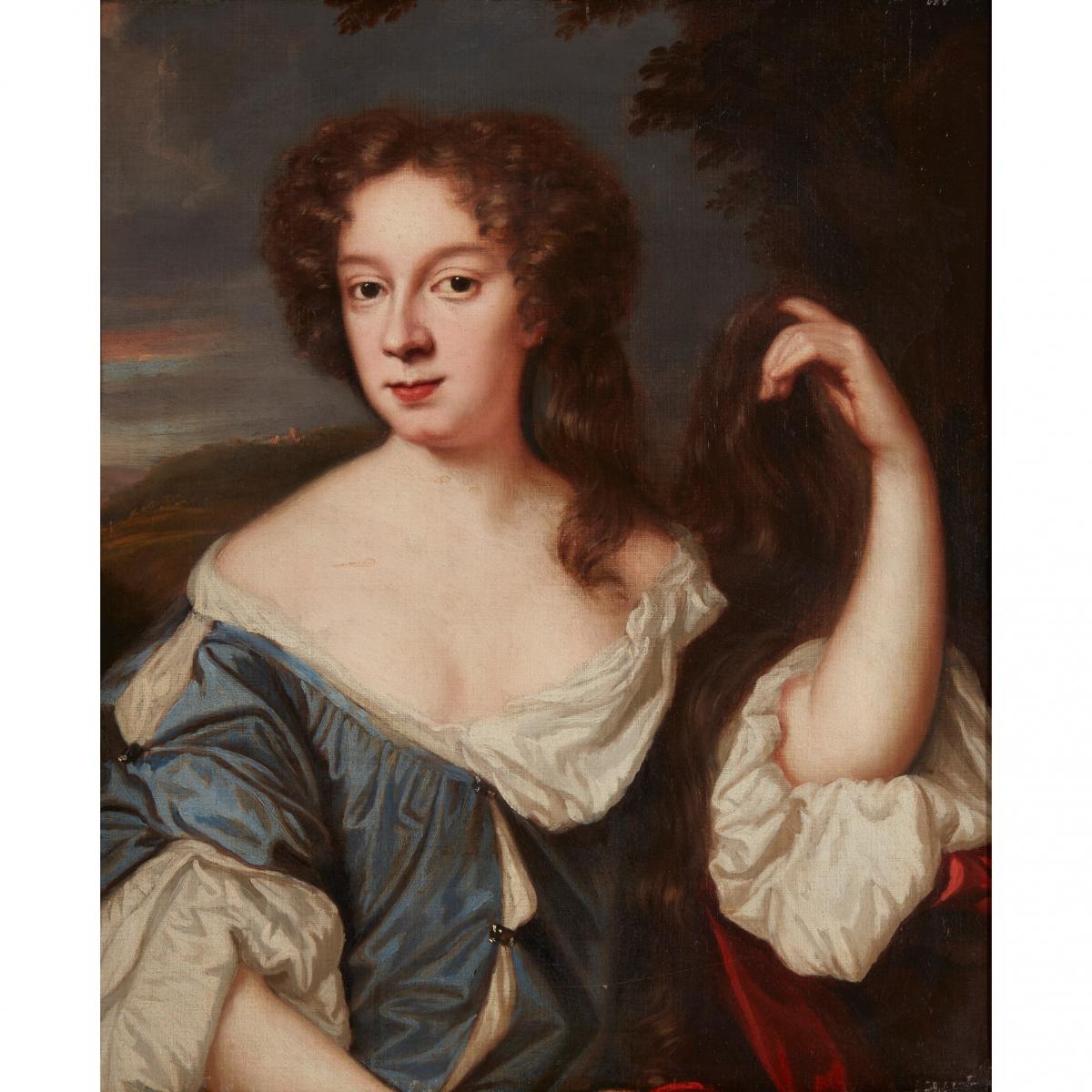 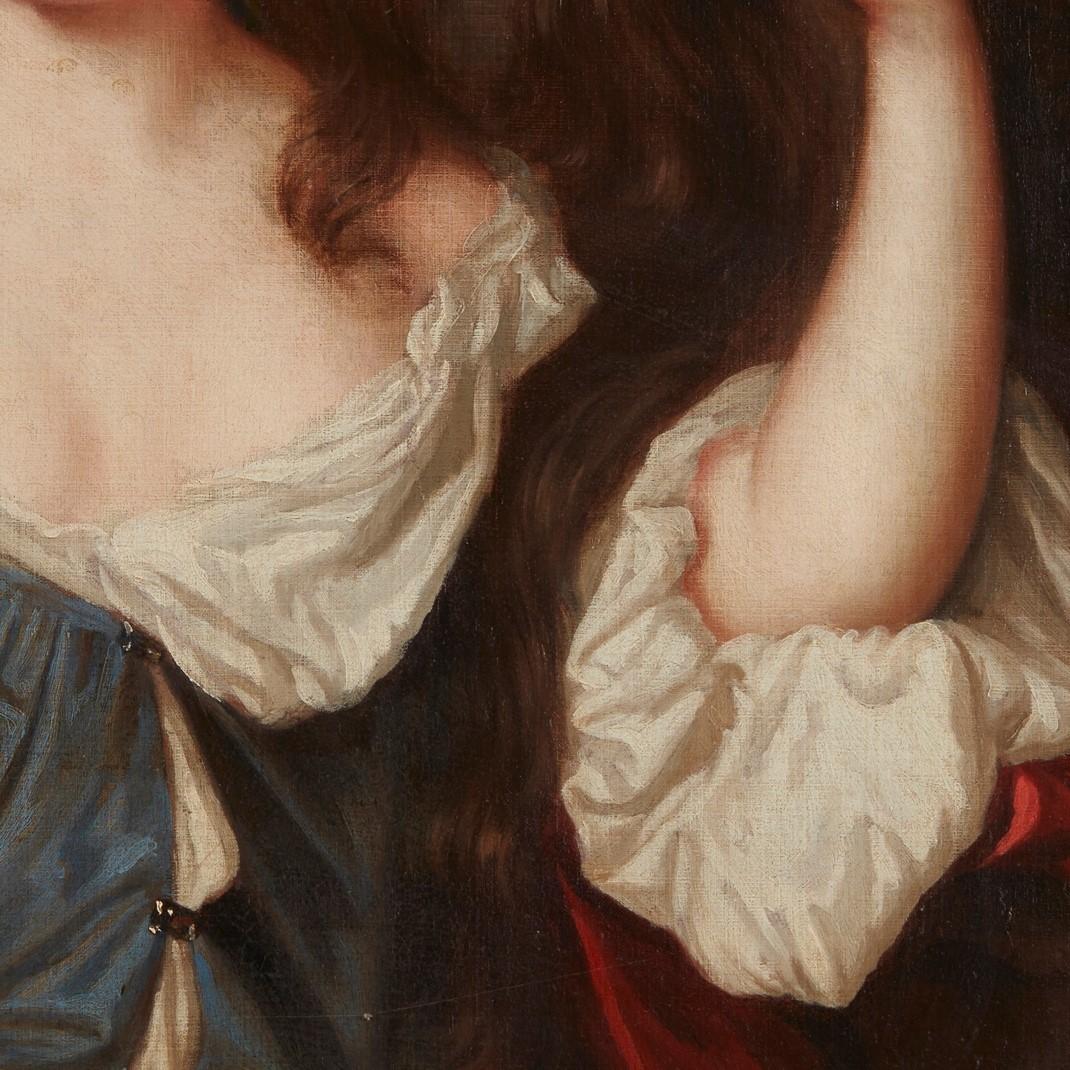 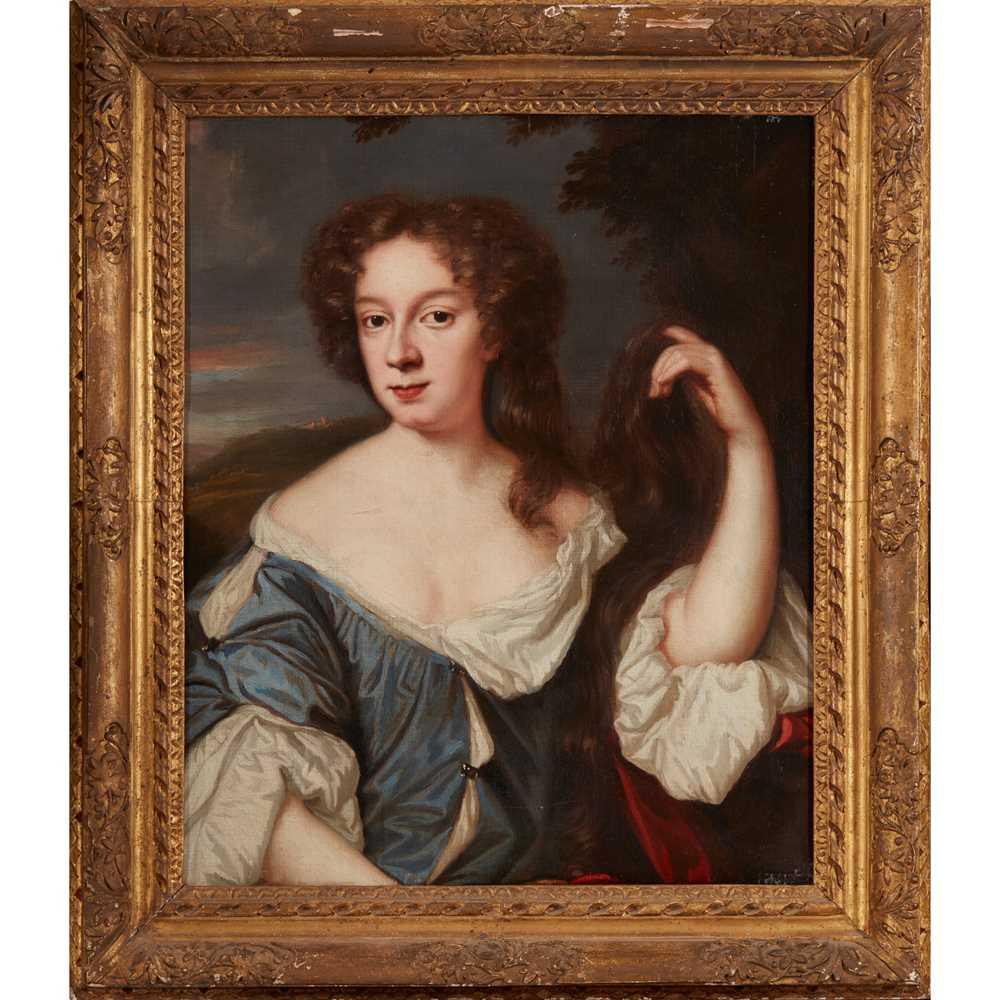 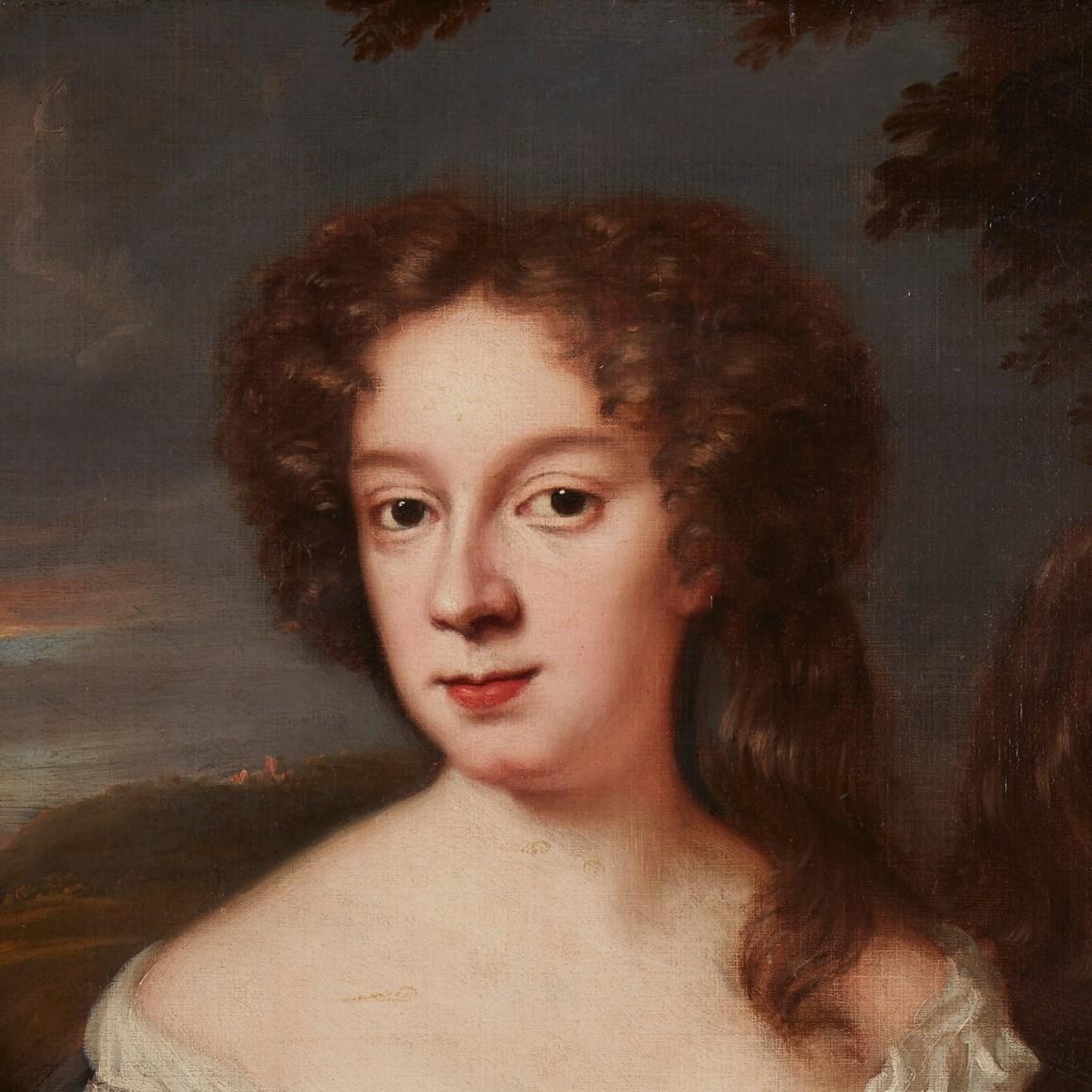 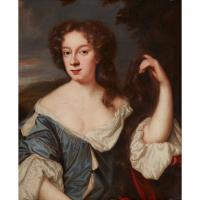 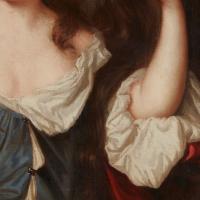 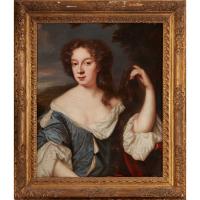 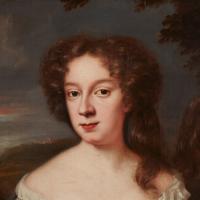 Portrait of an elegant lady with long brown hair, seated in a landscape, wearing a blue silk gown with white chemise, a red cloak over one arm. Oil on canvas in a period giltwood frame. This composition is based on a portrait of Louise de Kérouaille, Duchess of Portsmouth and the mistress of King Charles II by Sir Peter Lely, currently in the J. Paul Getty Museum. Mary Beale was one of the few artists that Lely would allow watch him paint in his studio and he also gave her the special privilege of being allowed to copy some of his paintings in a smaller scale.

Mary Beale (born Craddock in March 1633) was a prolific English portrait painter, becoming one of the most important portrait painters of the middle classes in 17th century England, being described as one of the first professional female English portrait painters.  She was born in Barrow, Suffolk where her father was a rector and she married Charles Beale in 1651. She possibly studied under Robert Walker but later was chiefly influenced by Peter Lely who was a friend and whose work he sometimes allowed her to make copies of. Her most active period was in the 1670's and 80's. After Charles's employment in the government patents office came to an end and Mary`s painting became the principle source of income for the family, Charles worked alongside Mary in managed her studio, mixing her paints and keeping detailed notes of her studio activities and commissions. The notebooks for 1677 and 1681 survive and are found at the Bodleian Library, Oxford and The National Portrait Gallery, London, and Vertue published partial transcripts of others.

Mary Beale was ahead of her time in 17th century England in many ways and during a stay in the country whilst escaping London from the plague of 1666, she wrote about her strong beliefs on equality between men and women in marriage in her 'Discourse on Friendship'.

Her work often displays her talent in depicting her subjects with a particular sensitivity and charm such as in her portraits of her two young sons, Bartholomew and Charles, found in Tate Britain, London and in her own self portrait found in the National Portrait Gallery, London.  She died in Pall Mall and was buried in St James's London in October 1699.

Tabitha Barber 'Mary Beale - Portrait of a seventeenth century painter, her family and her studio'. 1999.