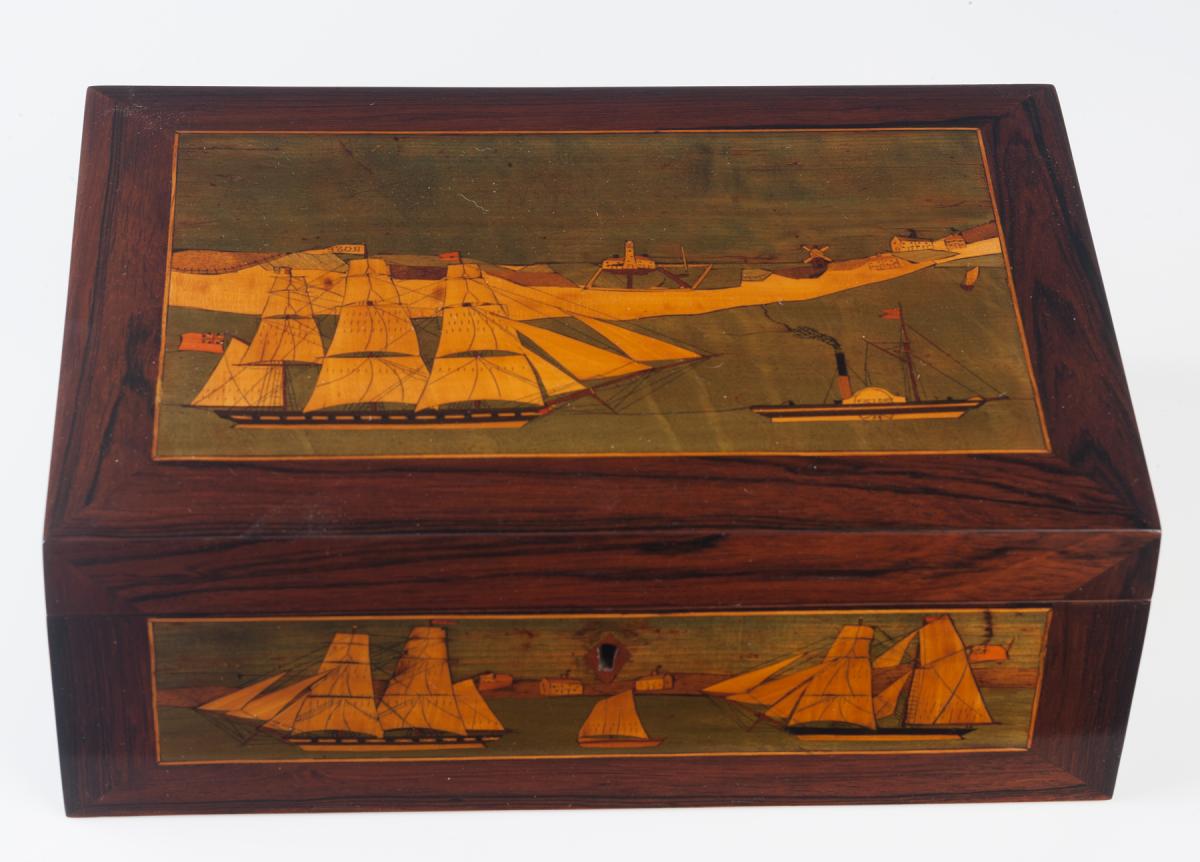 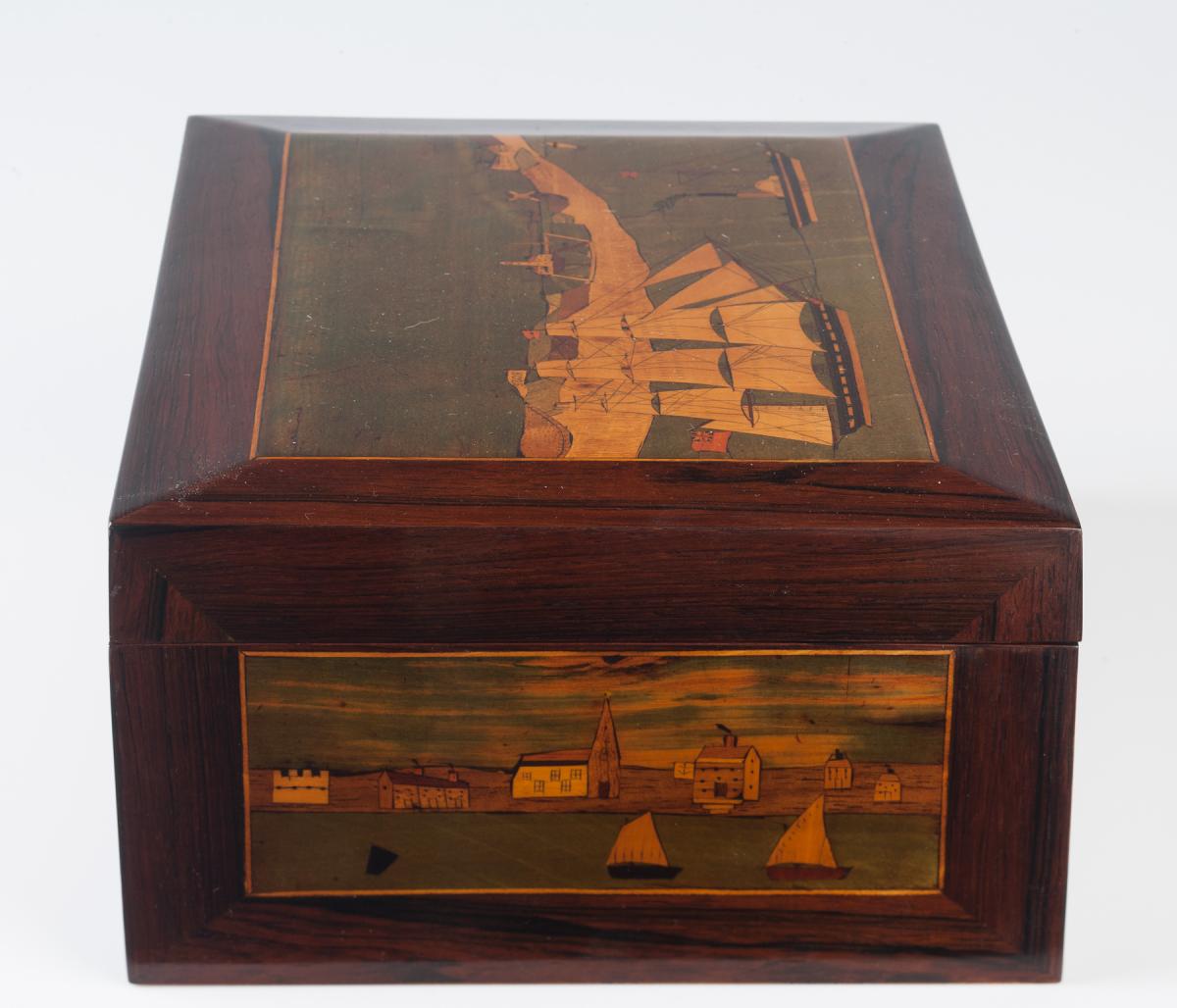 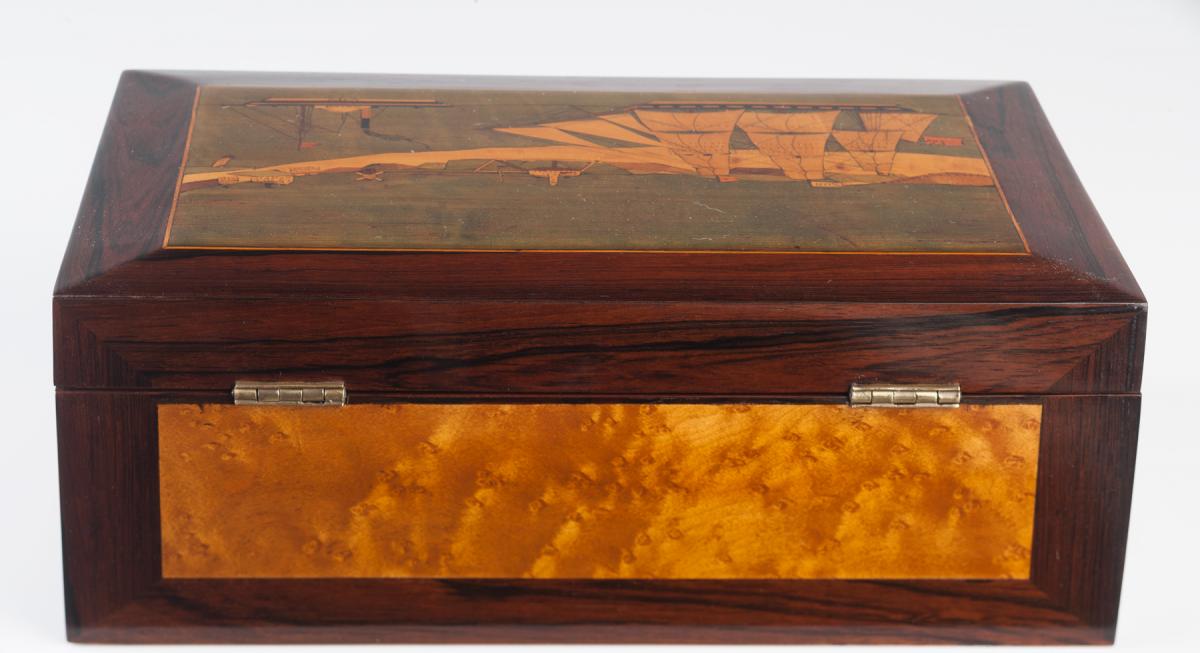 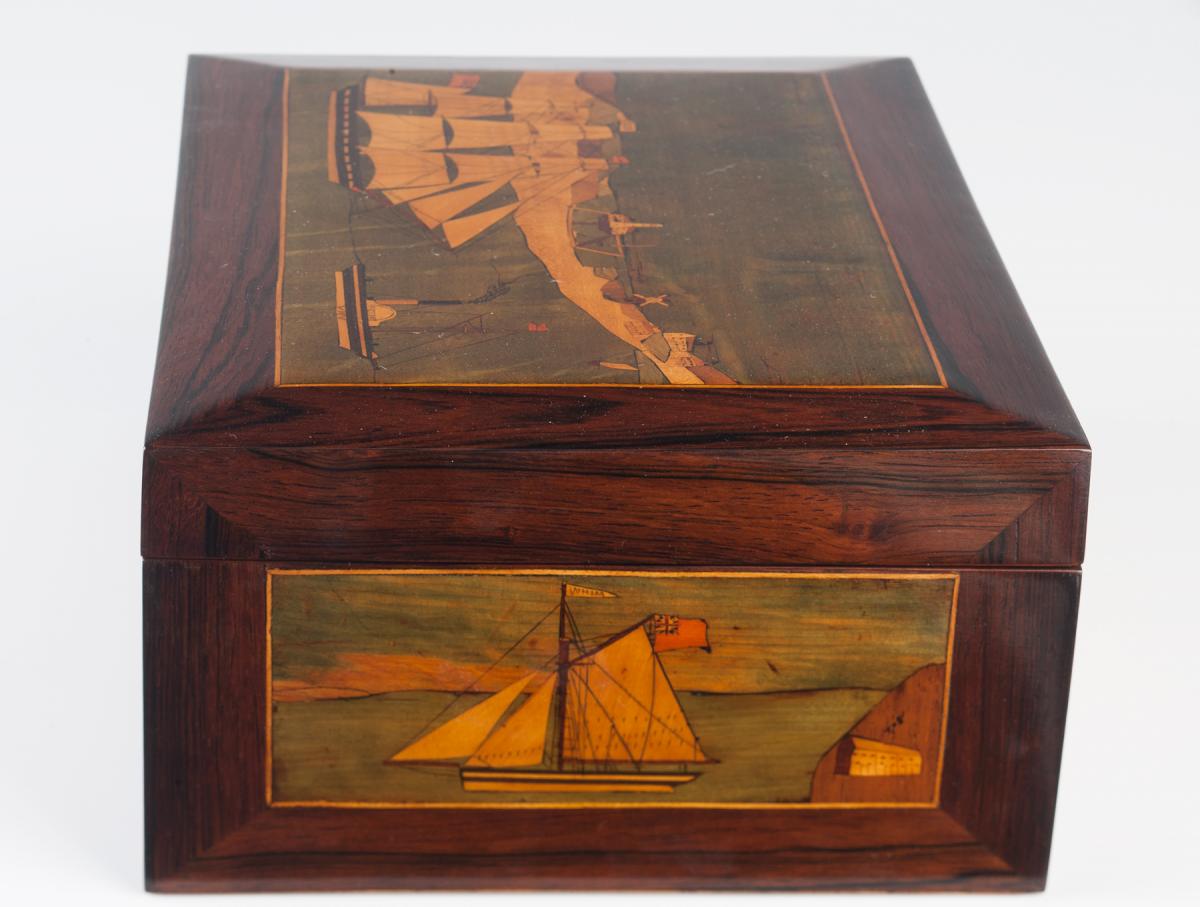 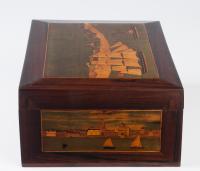 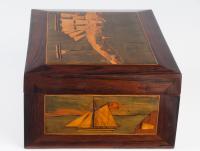 Trinity House is the name of the authority responsible for providing aid to navigation.

Originally the lighthouses and lightships around the coast of Great Britain were all manned. With a lot of time on their hands many of these keepers turned their hand to producing beautiful one-off boxes such as this which they could sell to the captains of ships using the Trinity House services.

The scenes to the panels of these boxes, produced in marquetry and to individual designs, resonate closely with the narrative woolwork pictures made by sailors at this same time.

The lid of this example shows a coastline with a paddle-steamer tug named VICTORY towing the ship ROSE. Along the coastline is depicted a substantial lighthouse, windmill, railway line and a small cluster of cottages. To the front panel is a scene with a brig and a brigantine. The left hand side panel depicts a coastline with a fort, a row of cottages a church and an interesting warehouse flying a flag emblazoned with an anchor. The right hand panel shows a Revenue Cutter named WHIM and a row of cottages.

The interior empty and a little tatty but retaining its original blue paper with golden stars and embossed foil edging.