A Marquetry and Gilt-Bronze Commode by Joseph-Emmanuel Zwiener 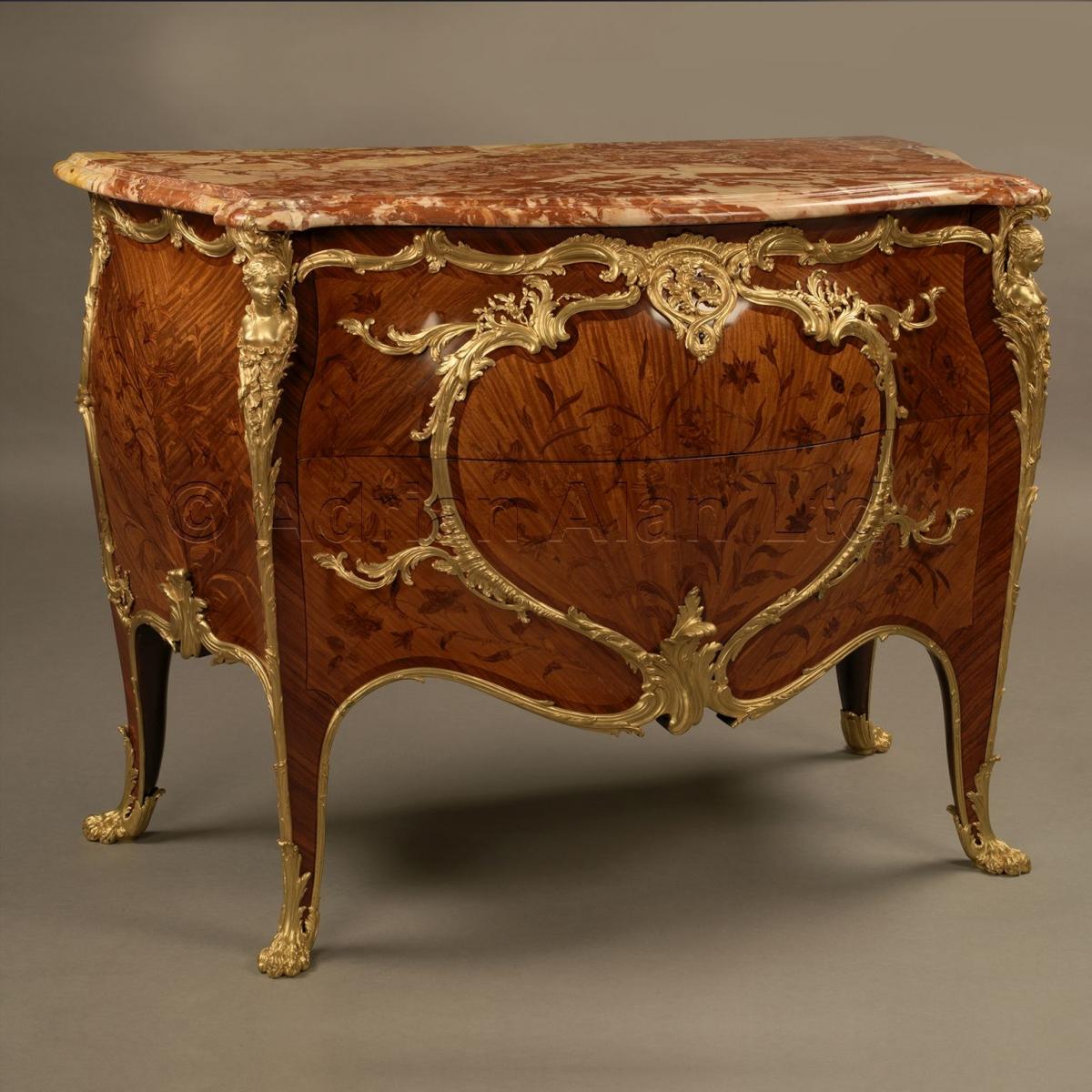 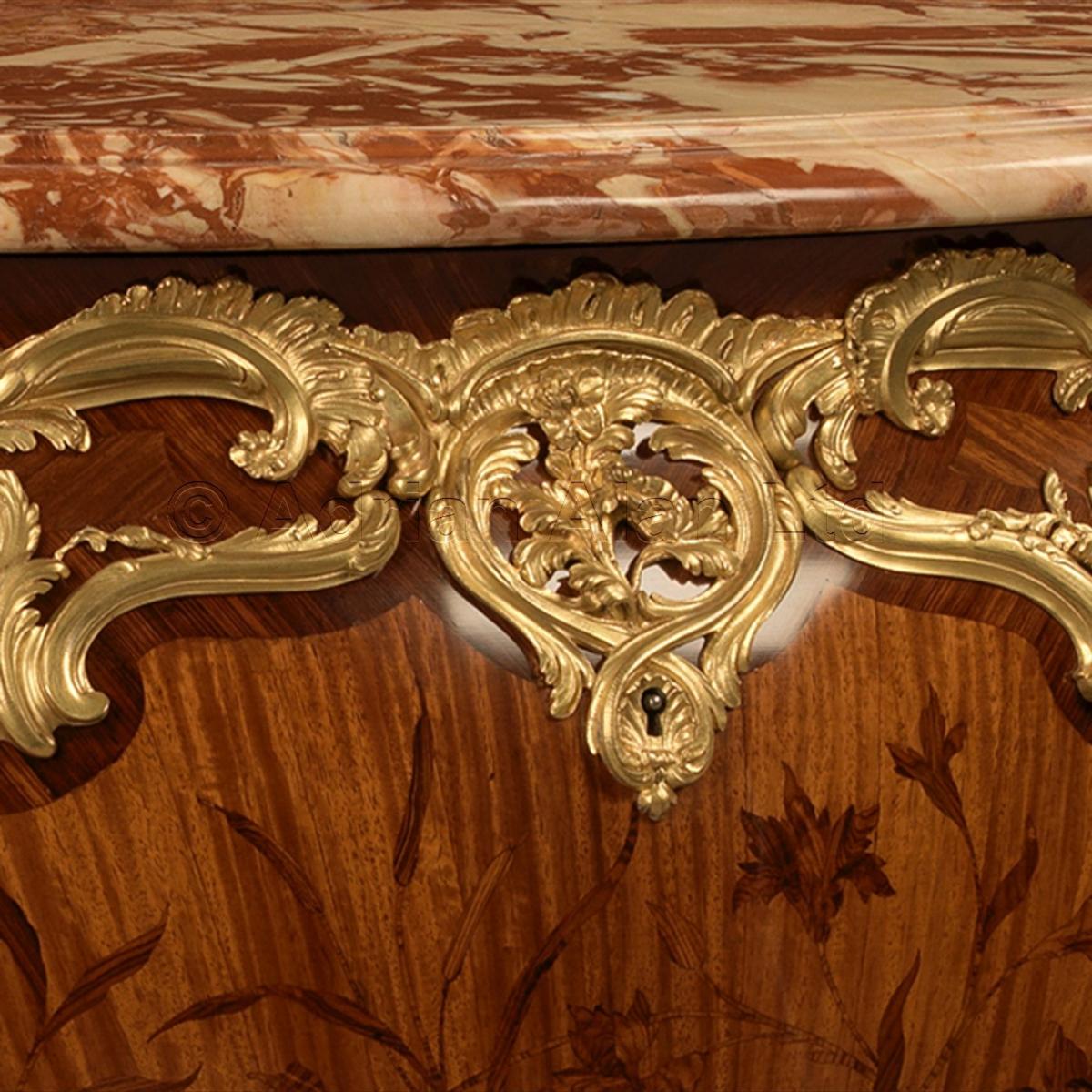 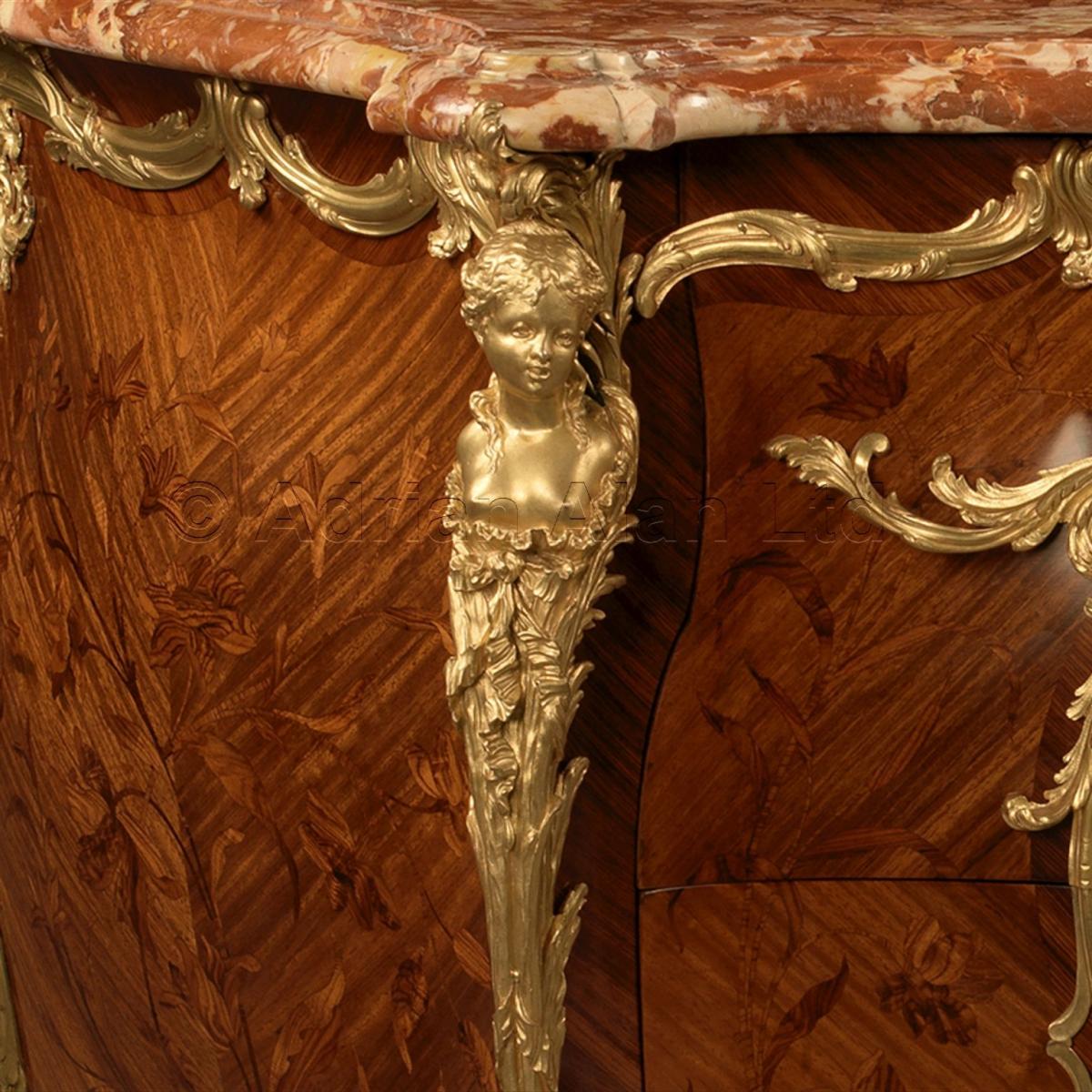 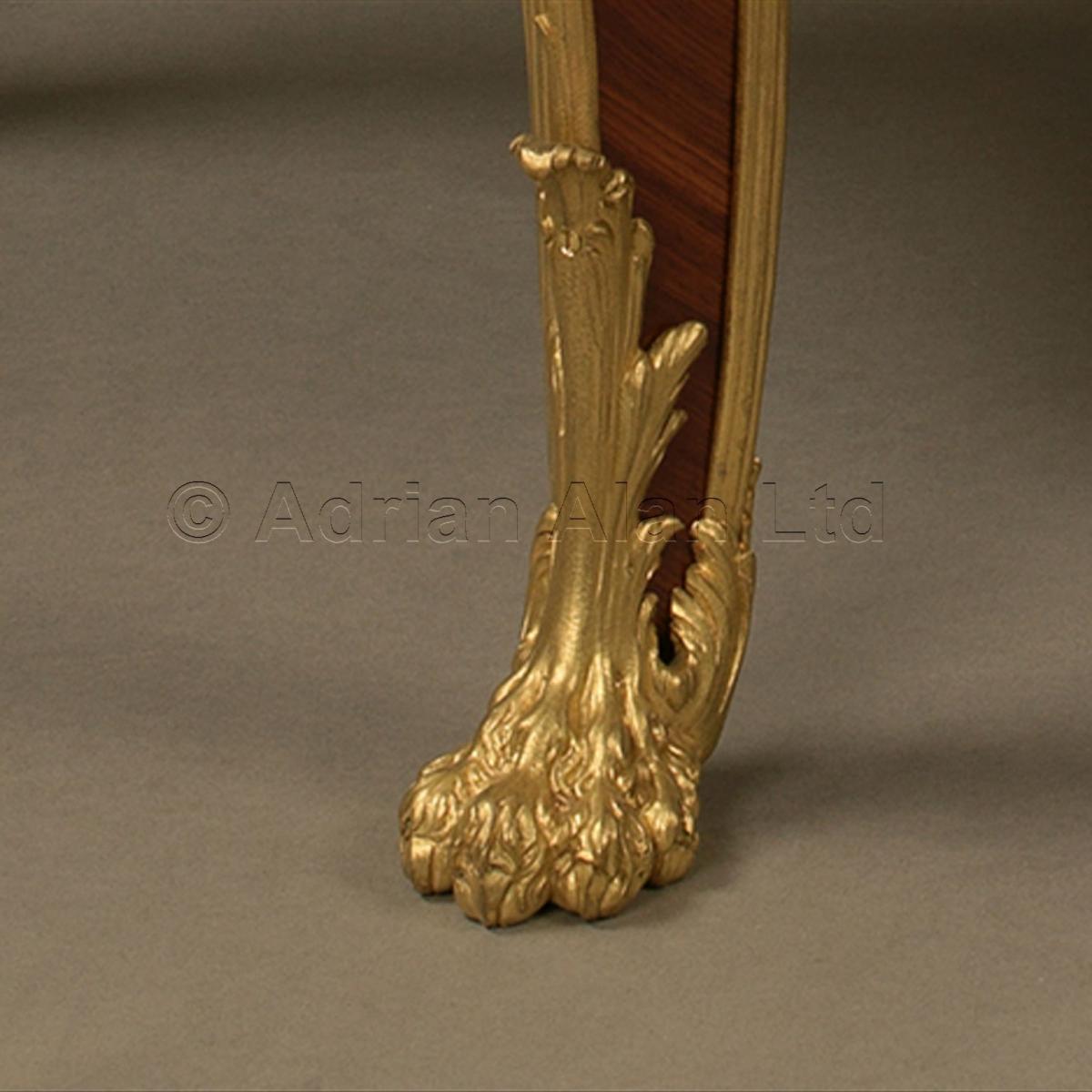 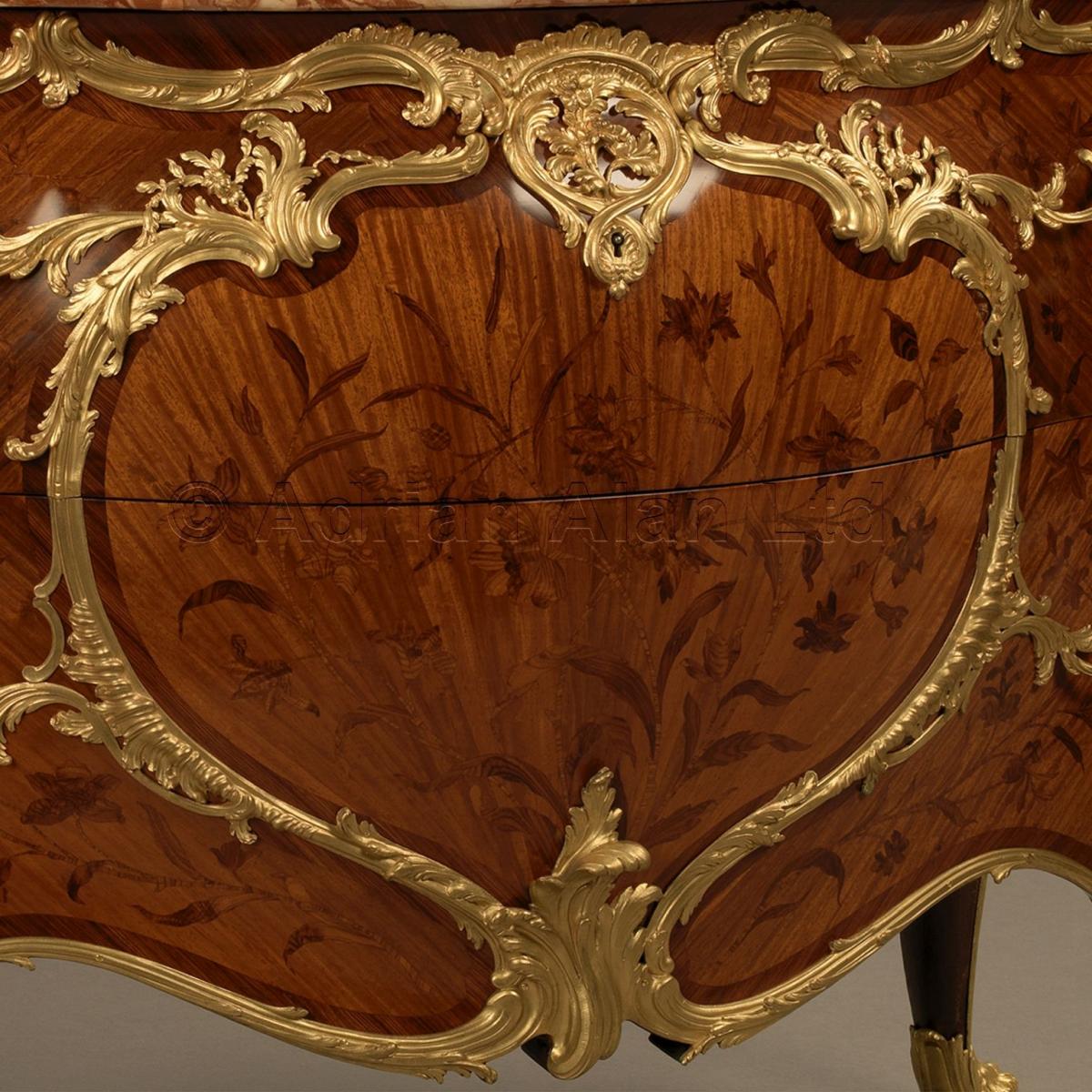 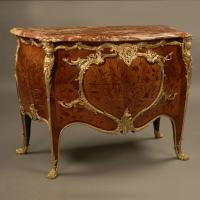 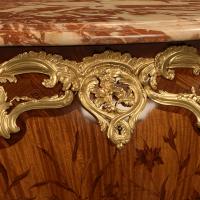 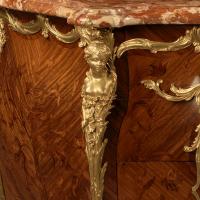 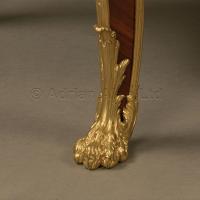 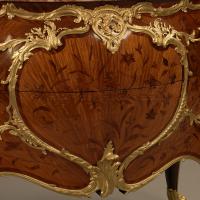 The keyhole escutcheon stamped with the ‘ZN’ mark from the bronze master model.  The back of the bronzes stamped ‘NZ’.

This exceptional commode has a brèche de Saint-Maximin marble top and is veneered with bois de violette, bois de bout and floral marquetry on satiné veneers.

In 1895 his Paris workshop was taken over by the important émigré and ébéniste, François Linke.  Christopher Payne, in his book on Linke,  speculates that Linke may have worked for Zwiener when he first arrived in Paris in 1875.   Linke is known to have also taken on Zwiener's sculptor Léon Messagé.  For this reason many of Zwiener's pieces have often been mistakenly attributed to Linke.

In order to differentiate between Messagé's commissions, the gilt bronze mounts were often marked to the reverse with the maker's initials.  Several of Zwiener's mounts have been found to have a 'Z', ' Zw', a 'IZ', 'NZ', 'ZN' or a 'ZJ' on the reverse.  This was primarily for the purpose of differentiation, rather than an artist's signature.  Some of Zwiener's work was stamped but not exclusively, and only a few pieces have been found with a full signature and /or a date.

It can be speculated that Zwiener continued to work in Germany, after giving up his Paris workshop in 1895, as in 1900 he participated in the German section of the Paris Exhibition, where he exhibited the famous bedroom suite made for the Kaiser.