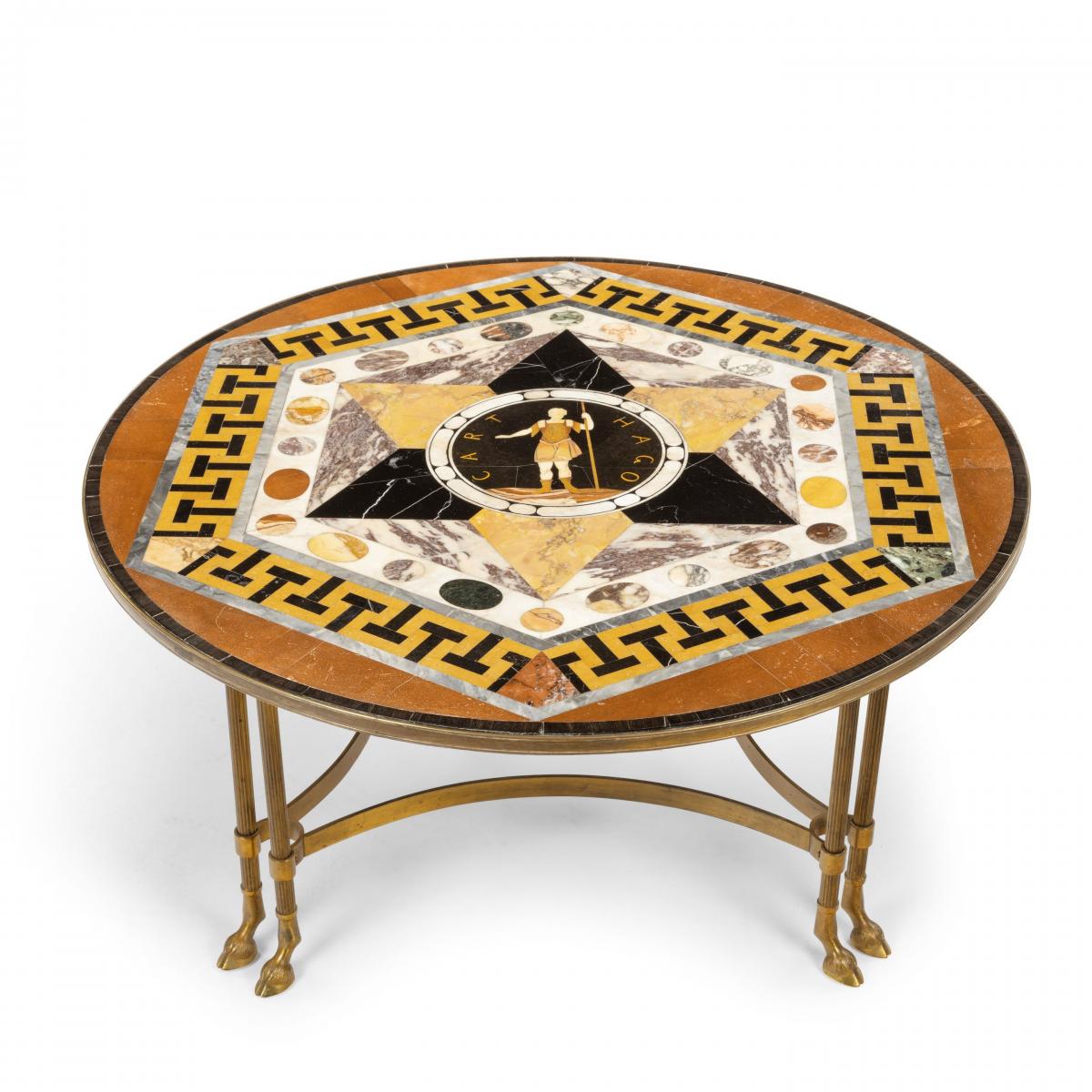 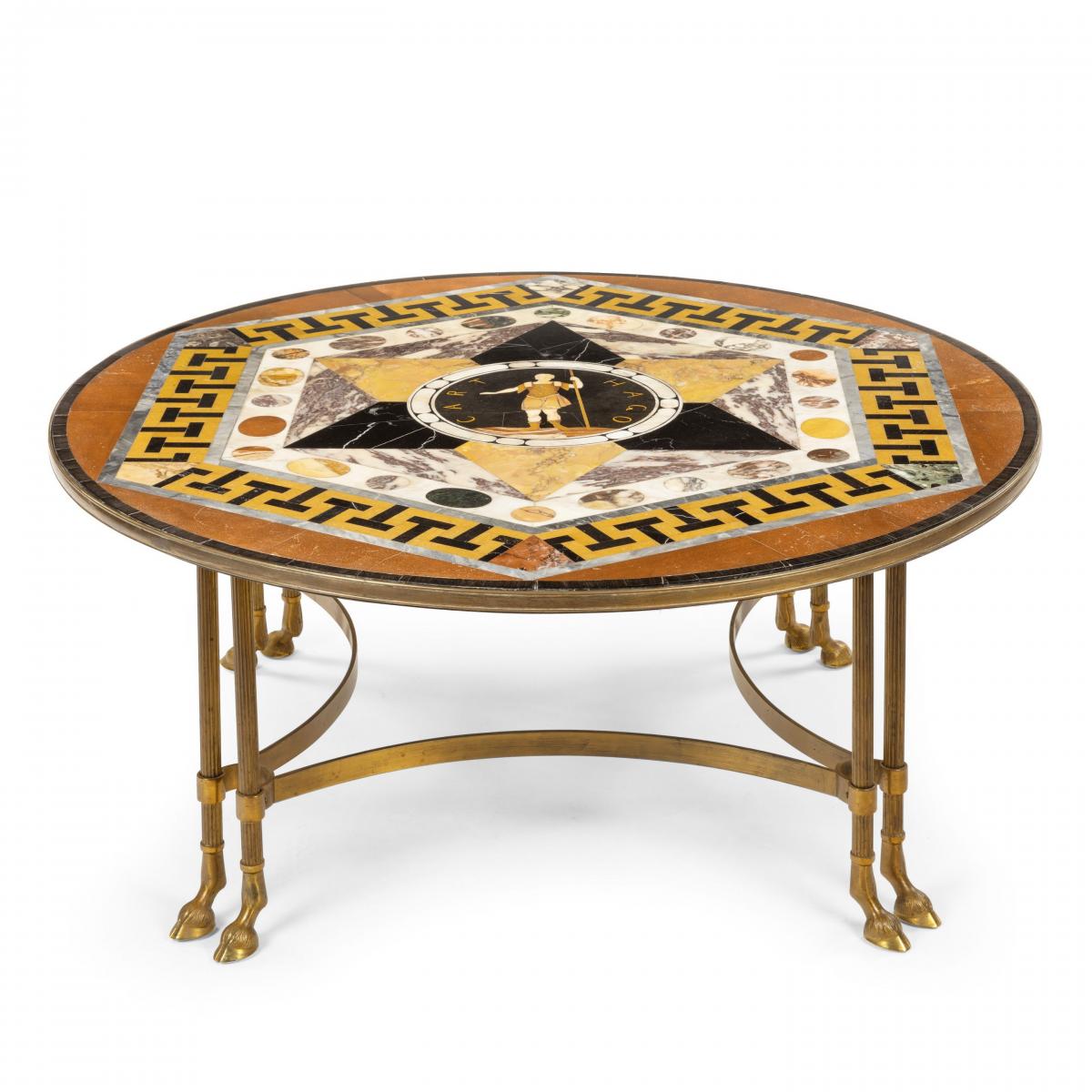 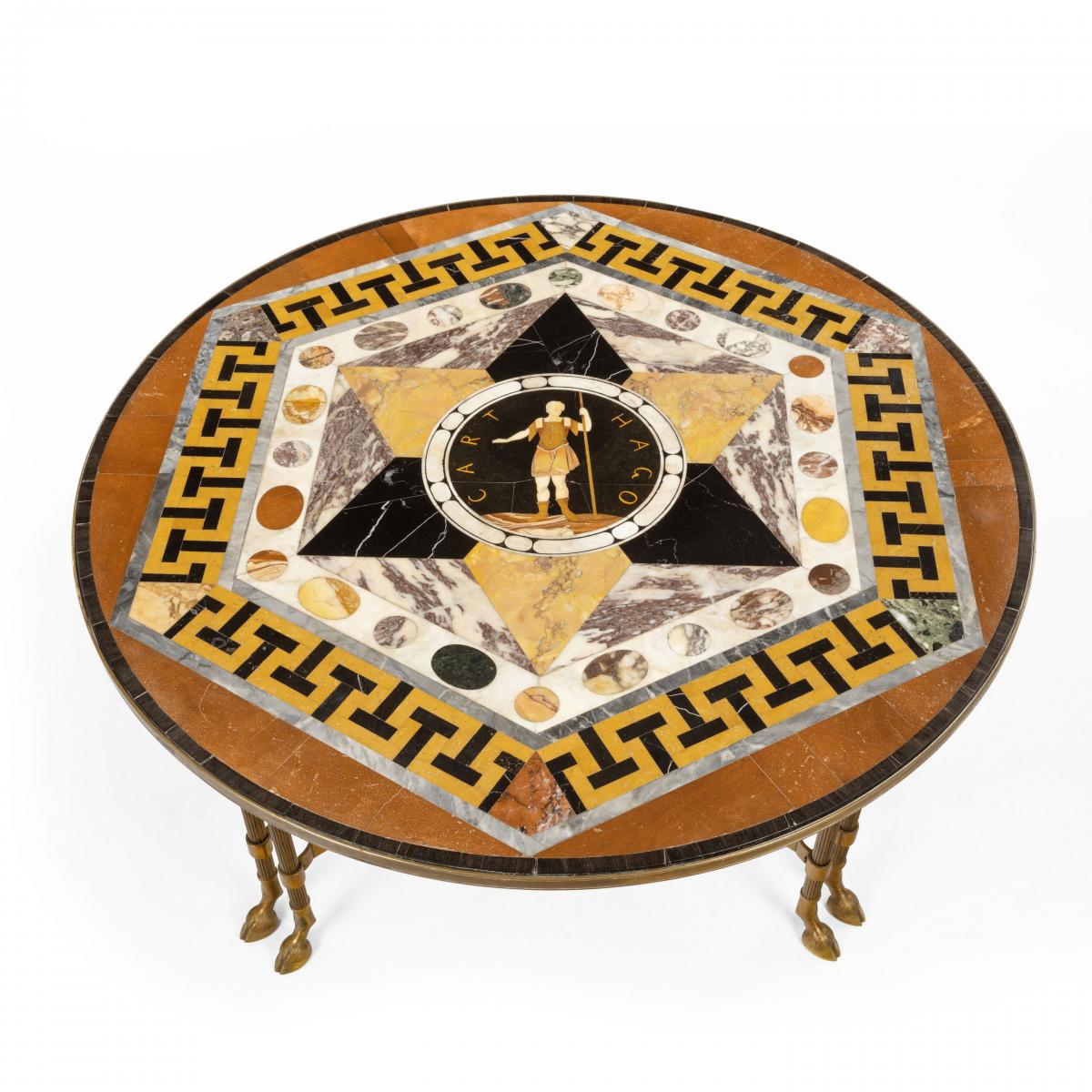 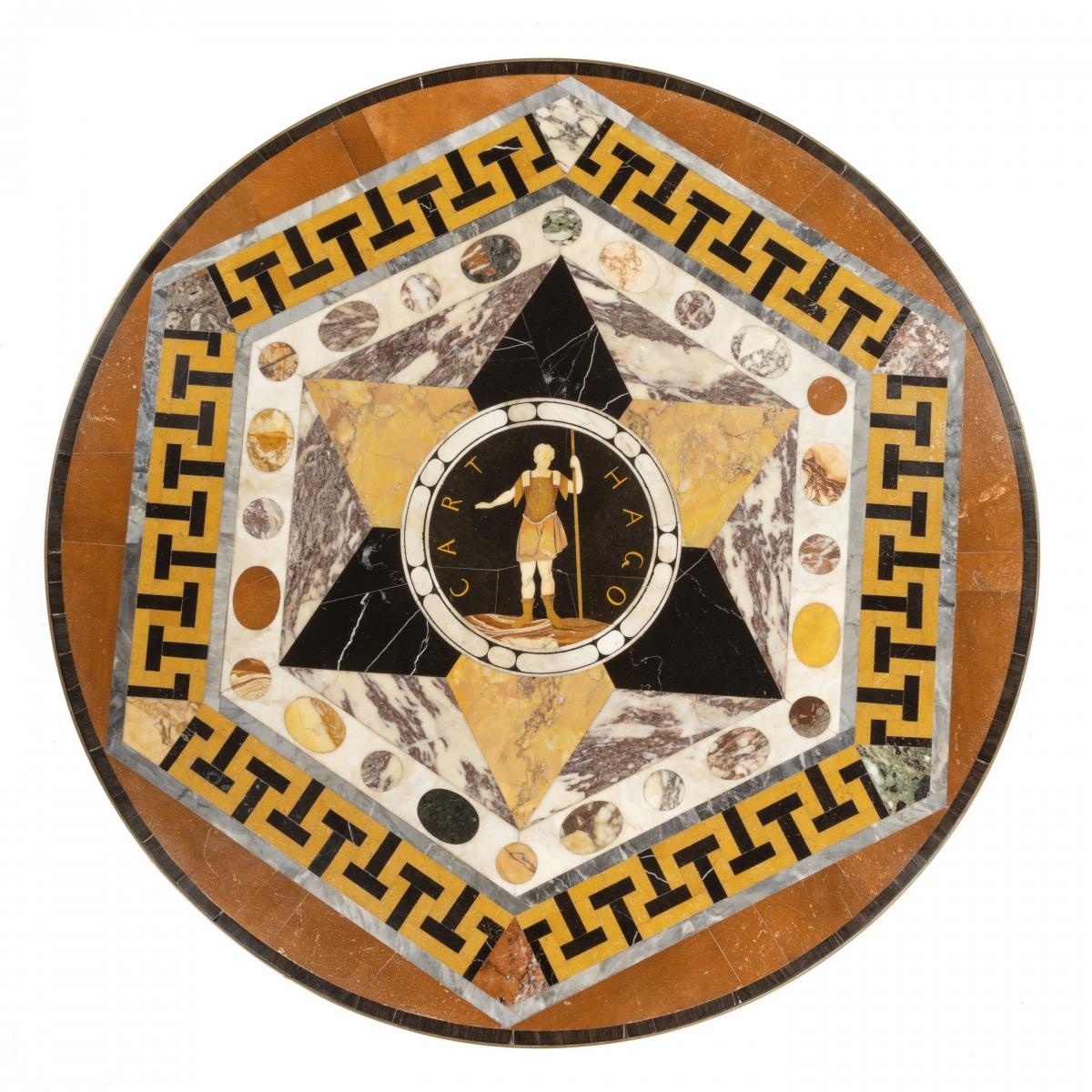 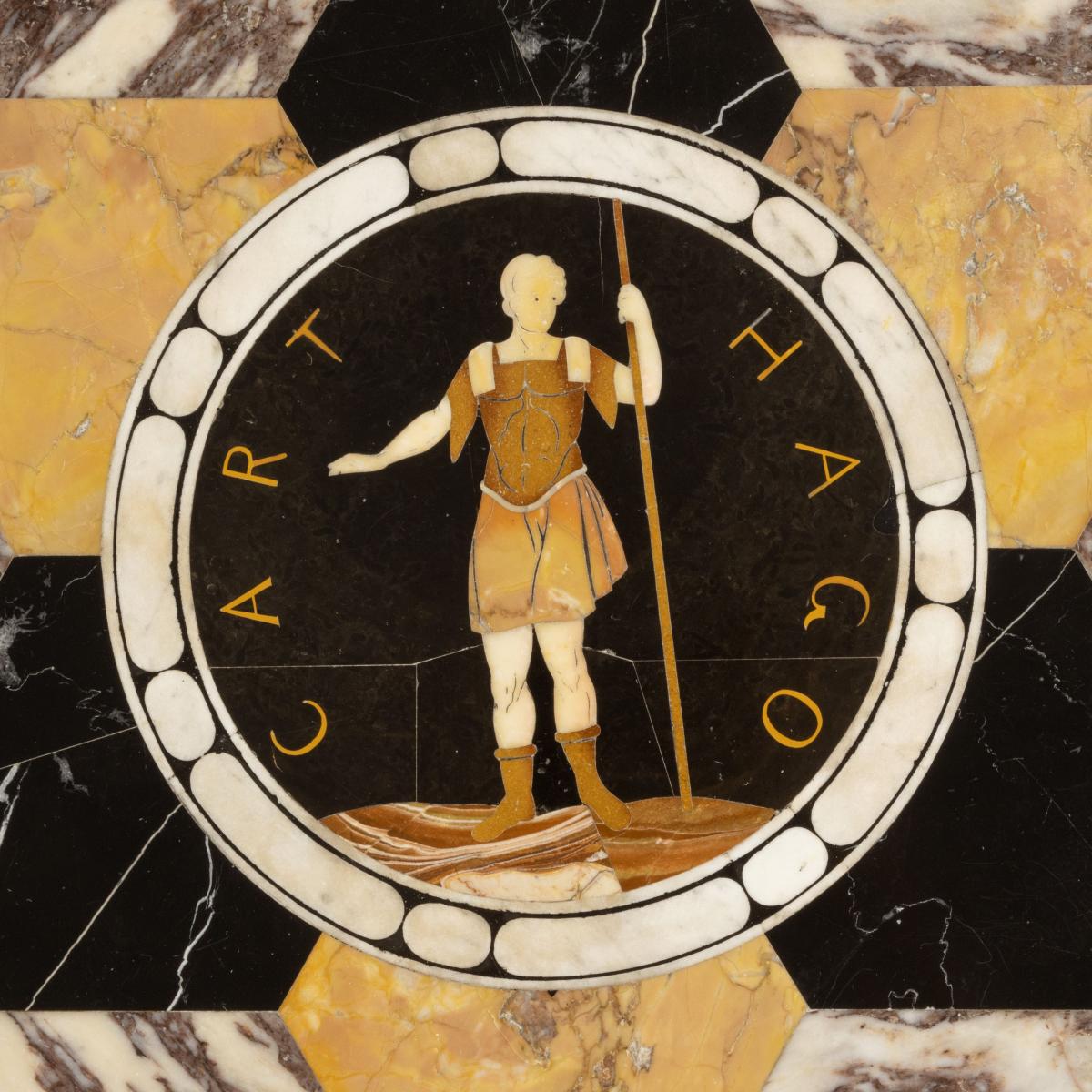 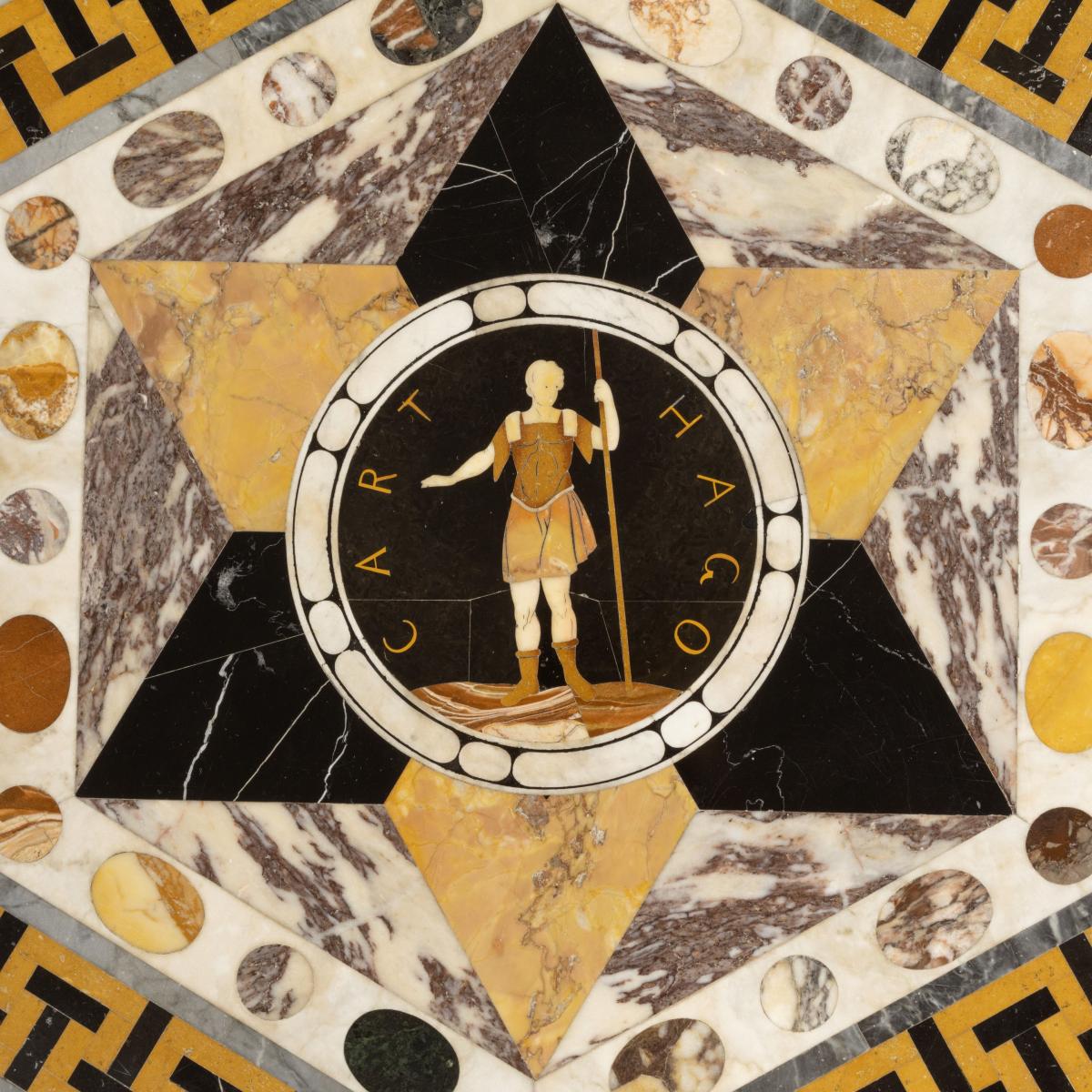 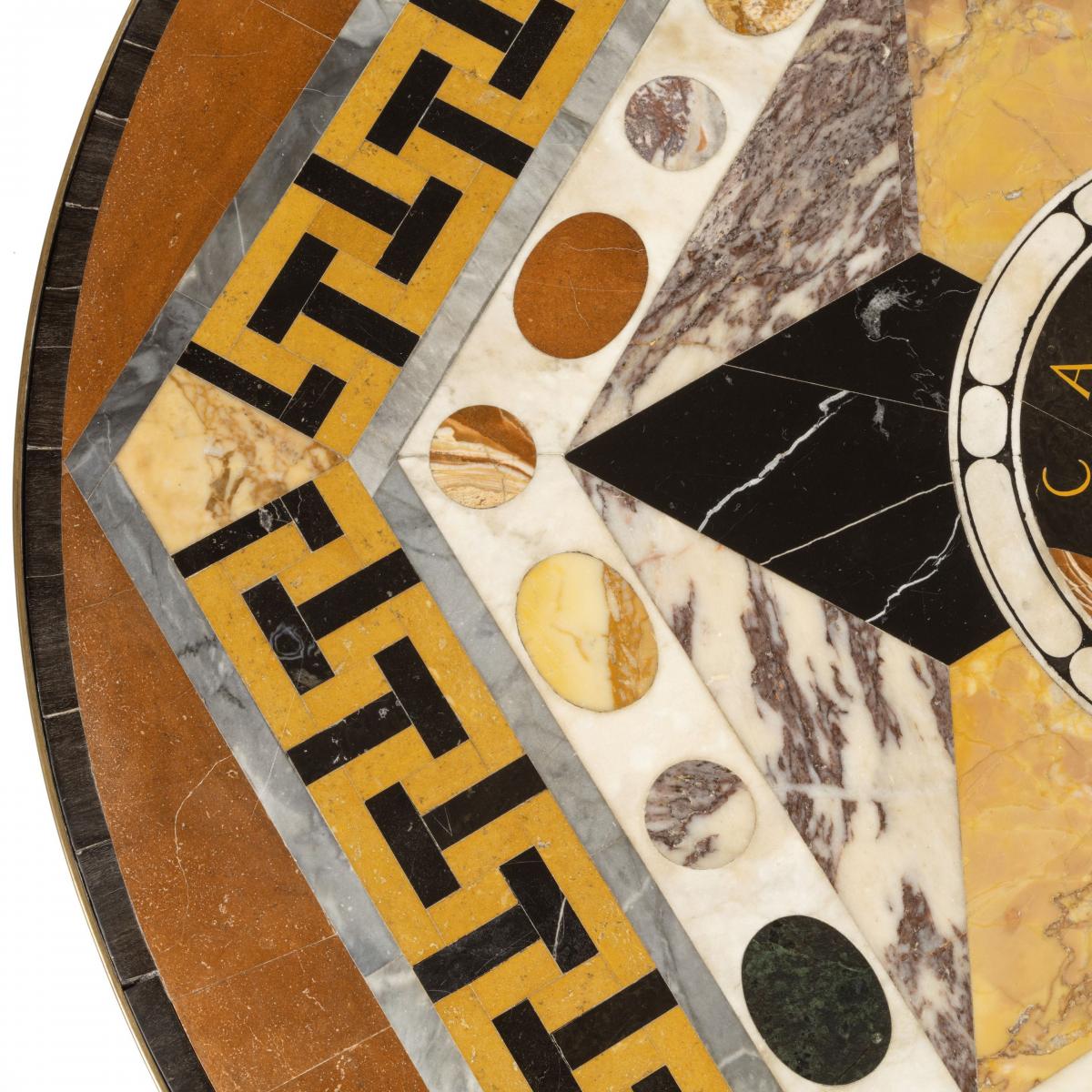 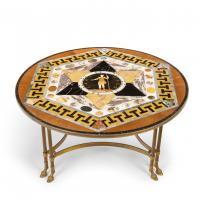 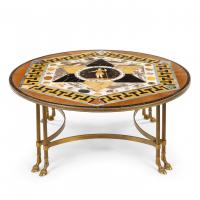 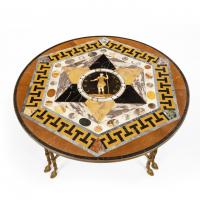 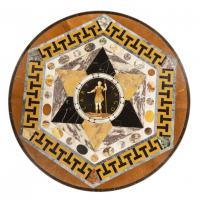 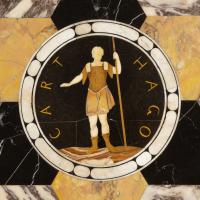 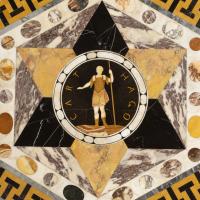 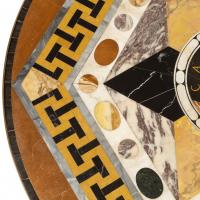 Marble tops decorated with emblems of Carthage recalling Malta’s ancient past as part of the Phoenician Empire are particularly associated with the firm of J. Darmanin & Sons of Malta (known to the local market as Guiseppe Darmanin e Figli).

Many of their tops were arrived in Britain as souvenirs of European travels, although the firm were originally known for decorating churches and church monuments.

The table top offered here depicts a Carthaginian warrior who appears on other tables by the Darmanin firm notably the pair of tables supplied to the 3rd Marquess of Londonderry at Wynyard Park and sold Christies, New York, 27 September 2007, lot 300.

The table Darmanin showed at the Great Exhibition of 1851 in London is now in the Royal Collection at Buckingham Palace.