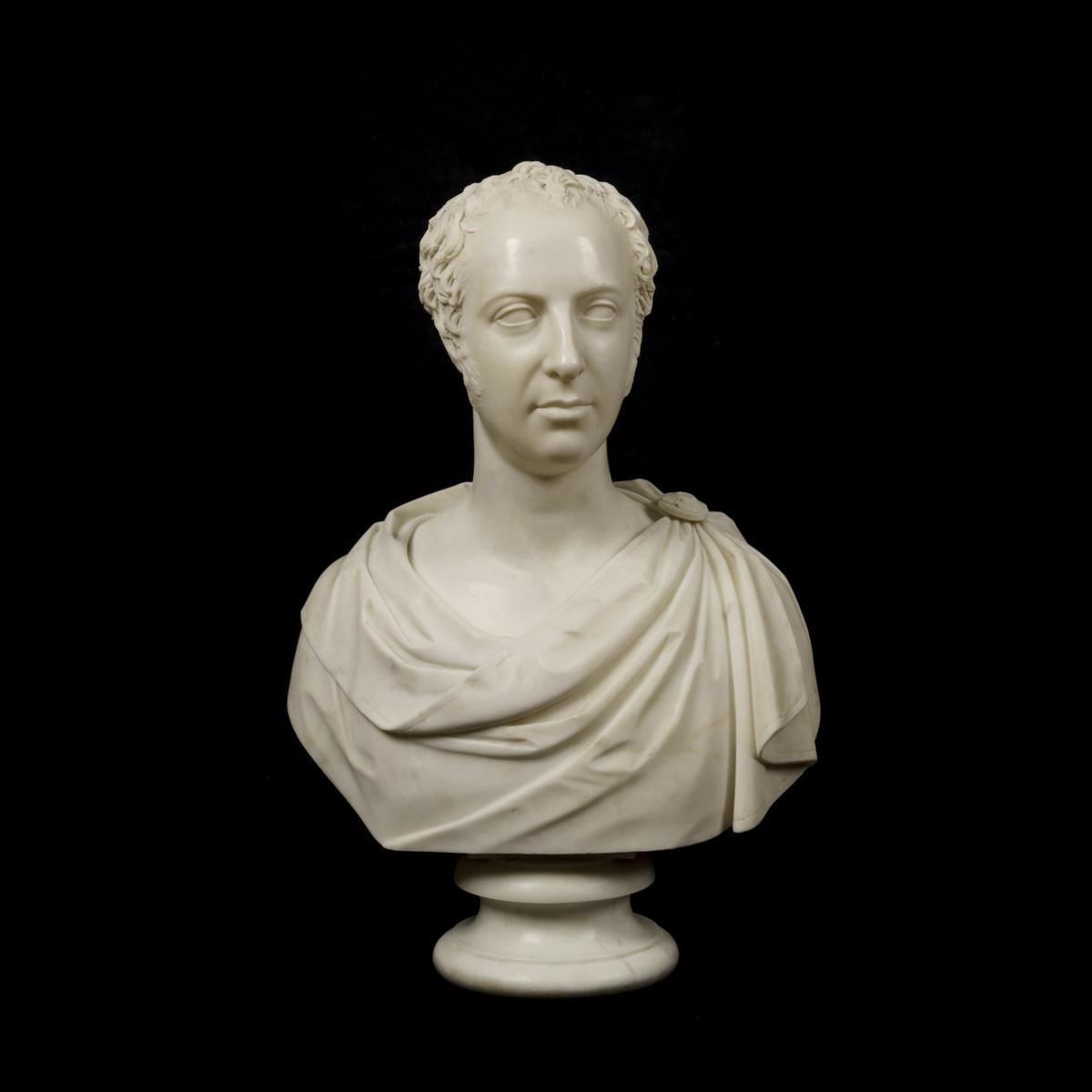 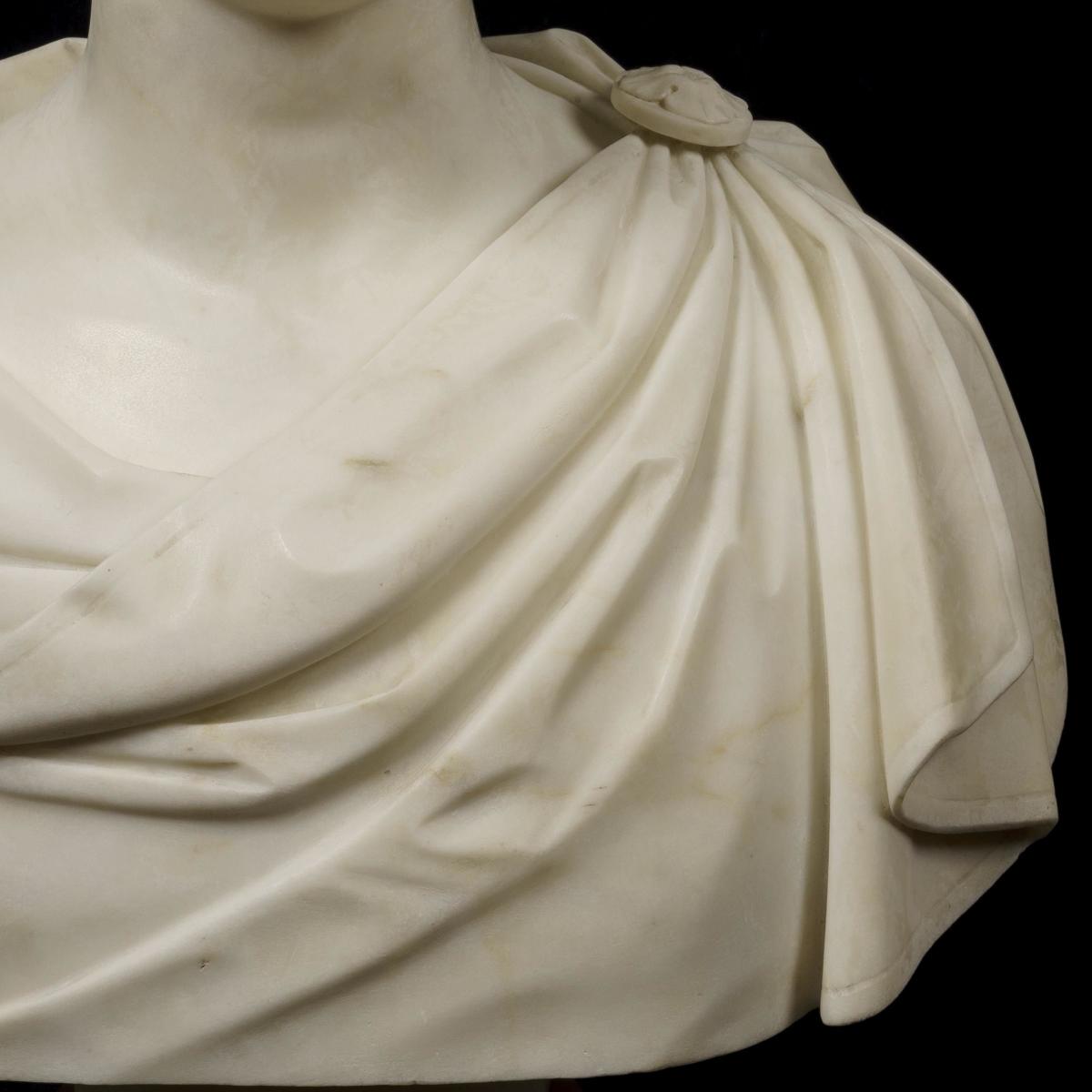 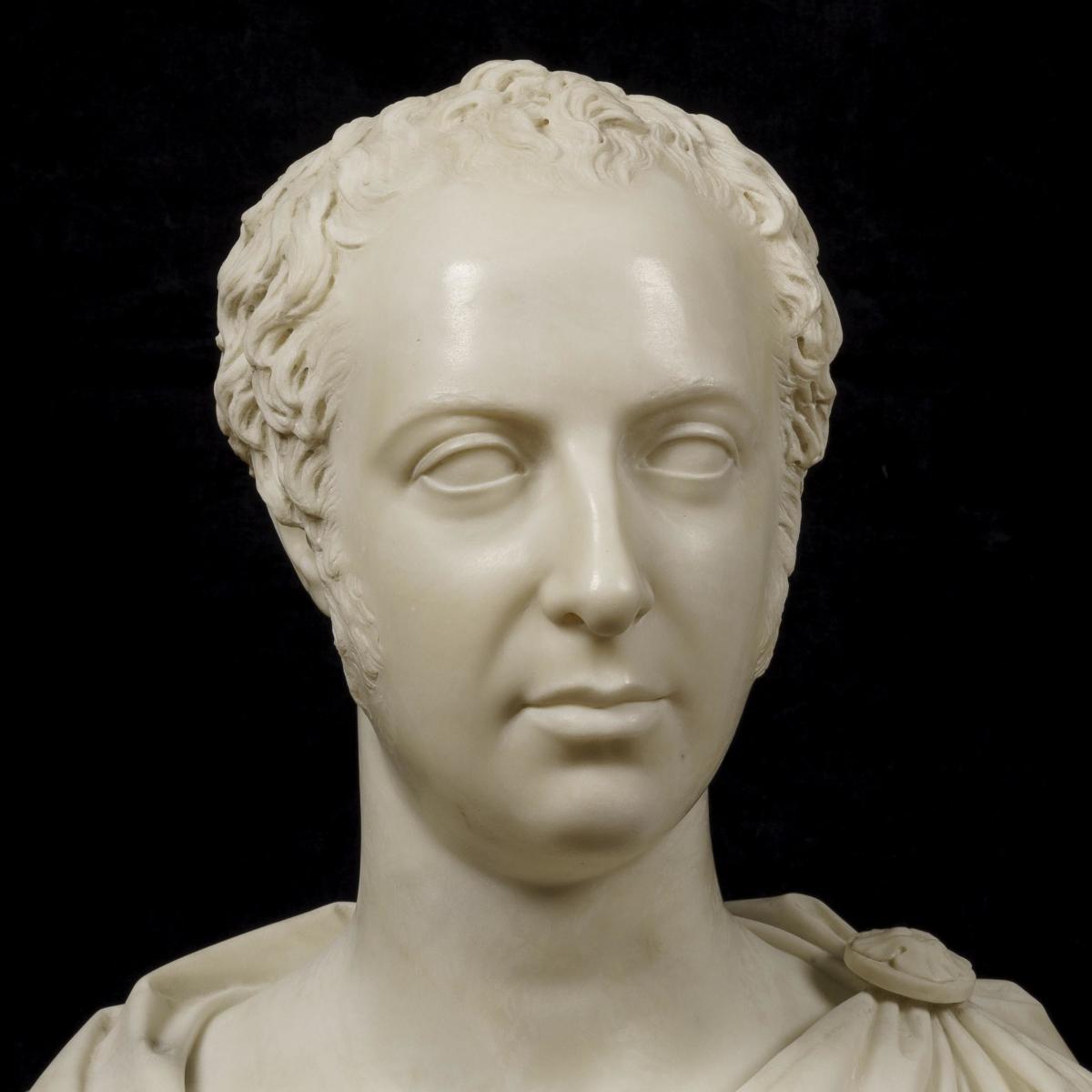 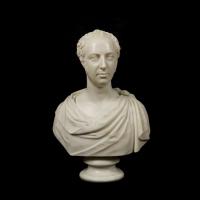 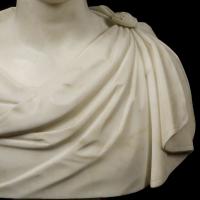 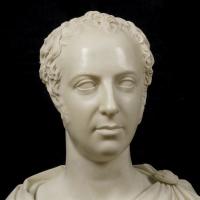 A Male Portrait Bust in the Roman Manner By Lawrence MacDonald (1799-1878) Carved in Carrara marble, rising from a round socle supporting a waisted column, the bust having resemblances to Arthur Wellesley, the Duke of Wellington as a young man.

Macdonald worked as an ornamental sculptor for the architect James Gillespie Graham before entering the Trustees' Academy, Edinburgh, in 1822. In Rome, in 1823 he was one of the founders of the British Academy of Art. He returned to Edinburgh in 1826 and became a member of the Royal Scottish Academy in 1829.

Four years later he settled in Rome, and from 1844 he worked in Bertel Thorvaldsen's former studio. He became the city's most fashionable portrait sculptor and, according to the Art Journal, his studio was filled with 'the peerage done into marble, a plaster galaxy of rank and fashion'.

Macdonald obtained the patronage of Prince Albert, for whose sculpture gallery at Osborne House he executed ideal works such as Hyacinthus (marble, 1852; Windsor Castle, Berks, Royal Col.). His finest statue is a monumental reclining figure of the Countess of Winchelsea (marble, 1850; London, V&A), based on Roman prototypes.

His work is characteristic of later Neo-classical sculpture in which the severe style gives way to a measured elegance. He could idealize the features of any sitter while retaining, in the Roman manner, the costumes and accessories of current fashion. 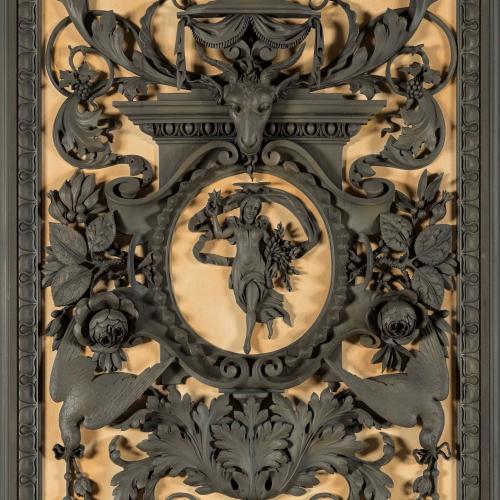 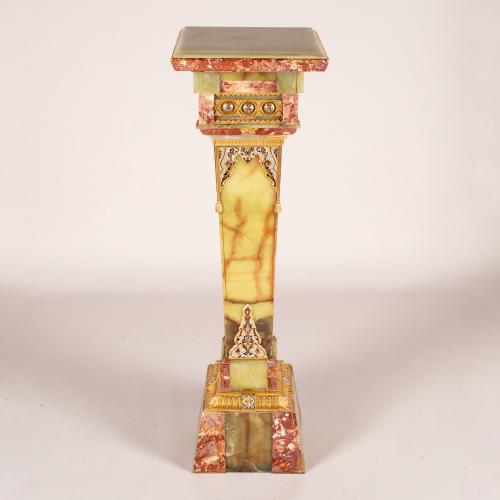 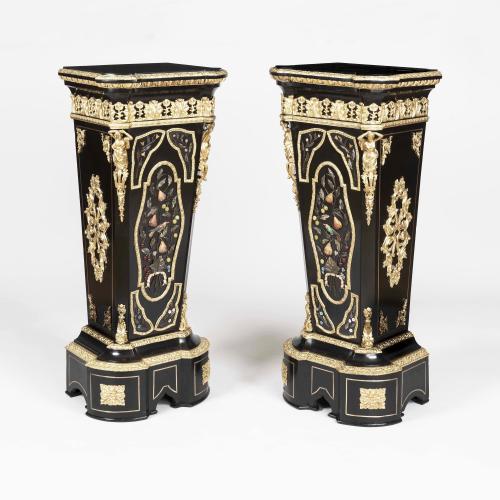