A Magnificent Pair of Louis XVI Candelabra after Clodion 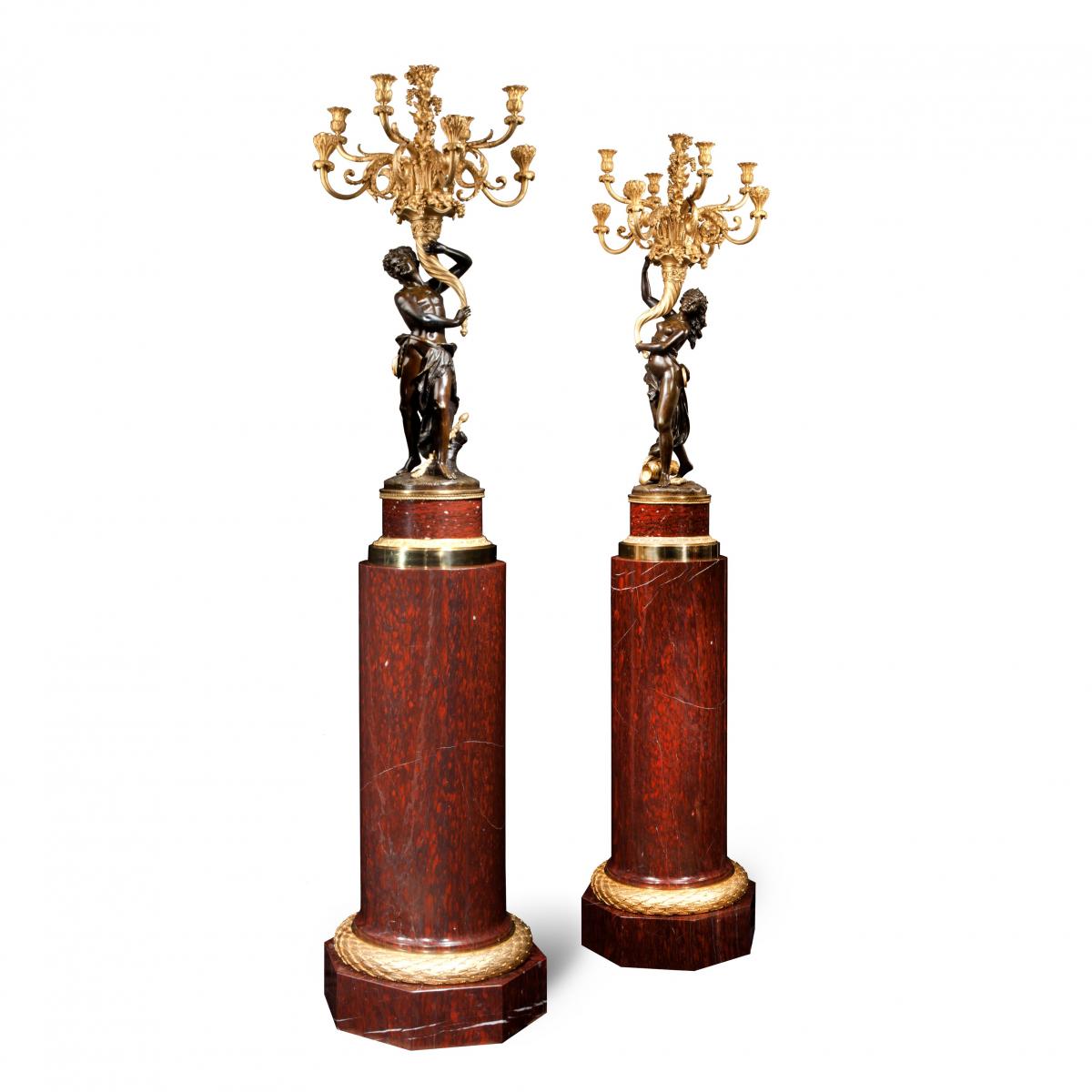 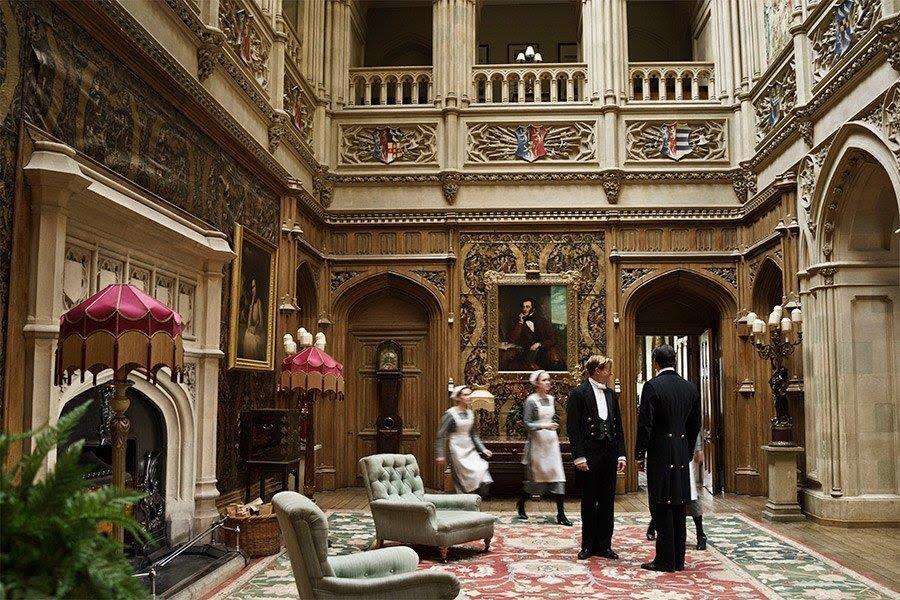 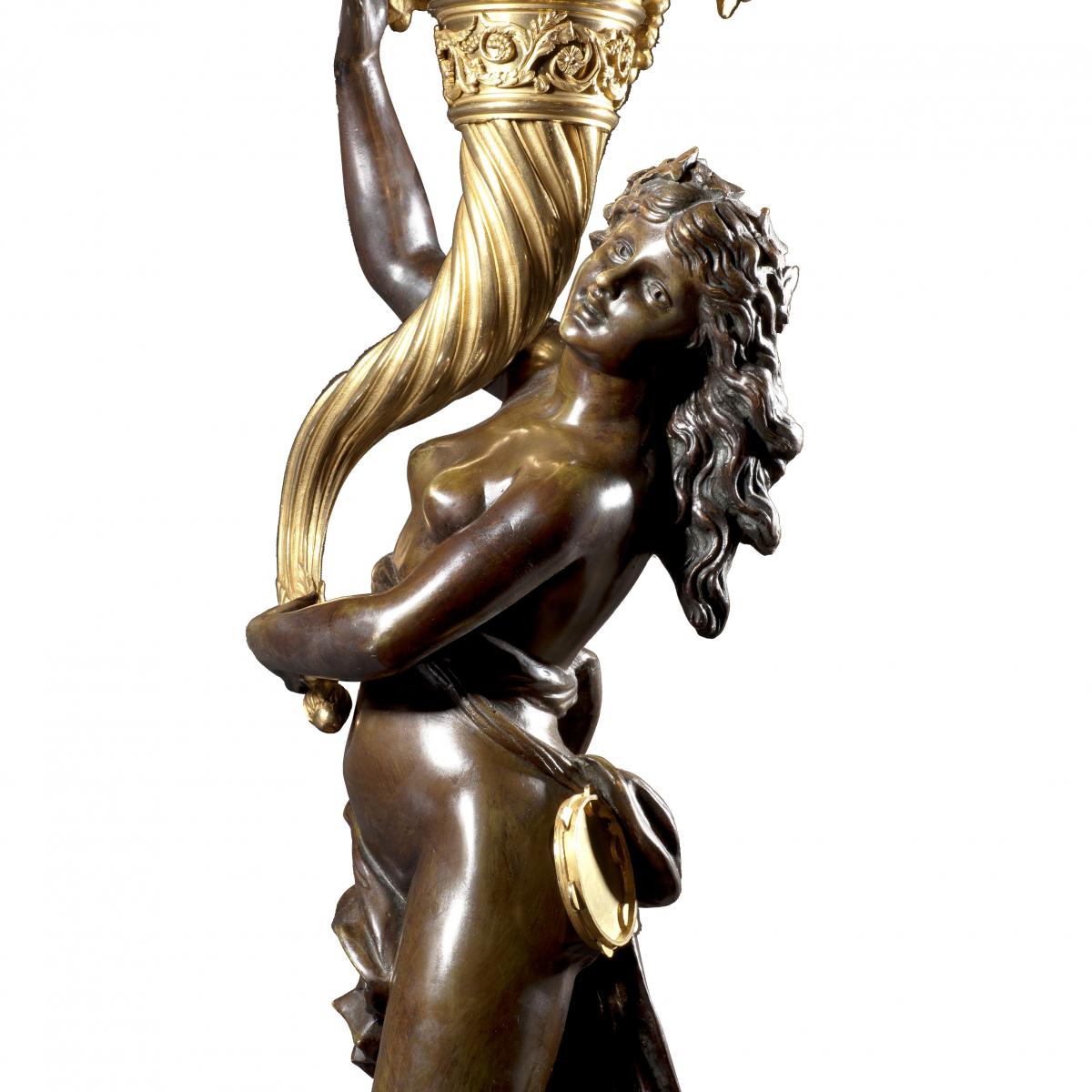 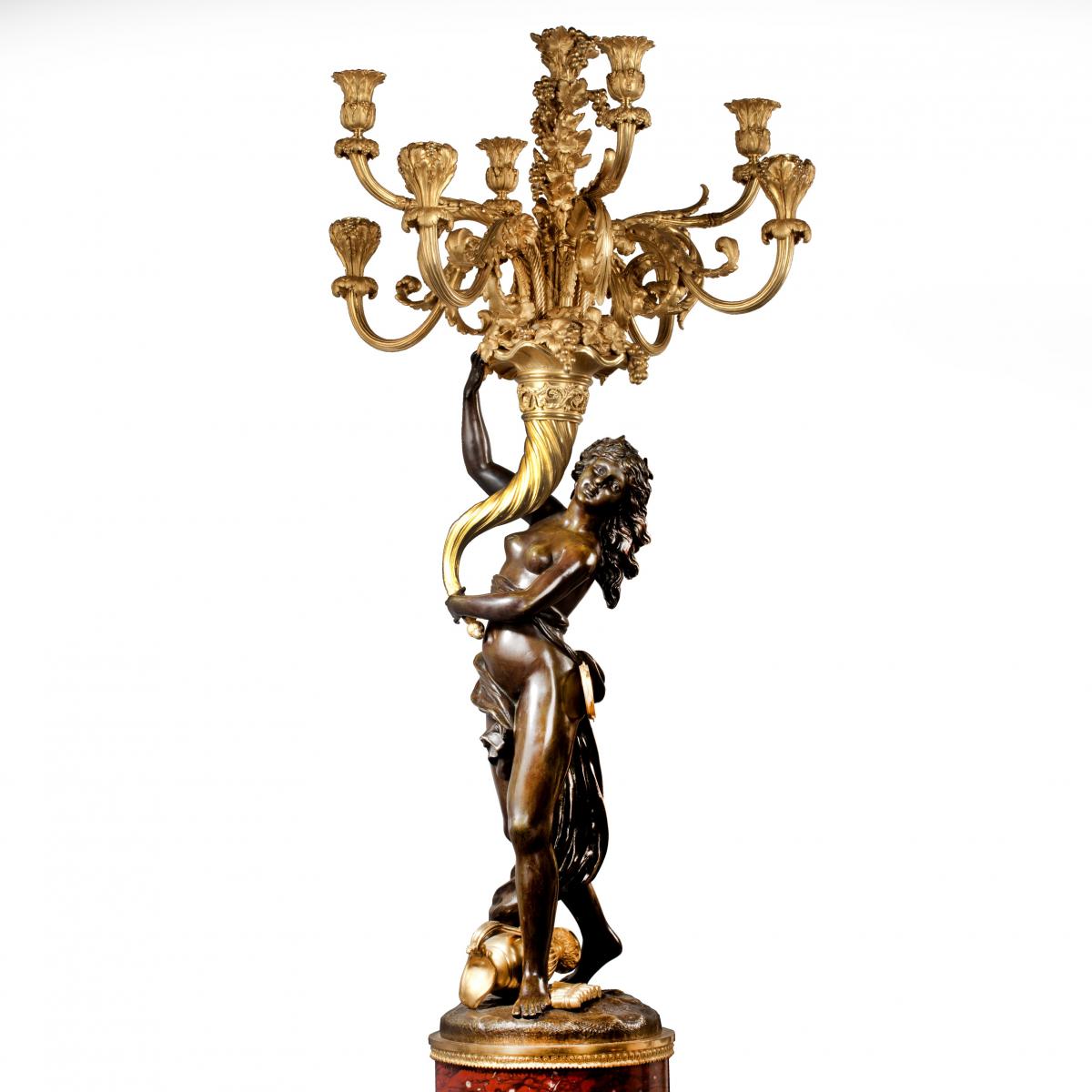 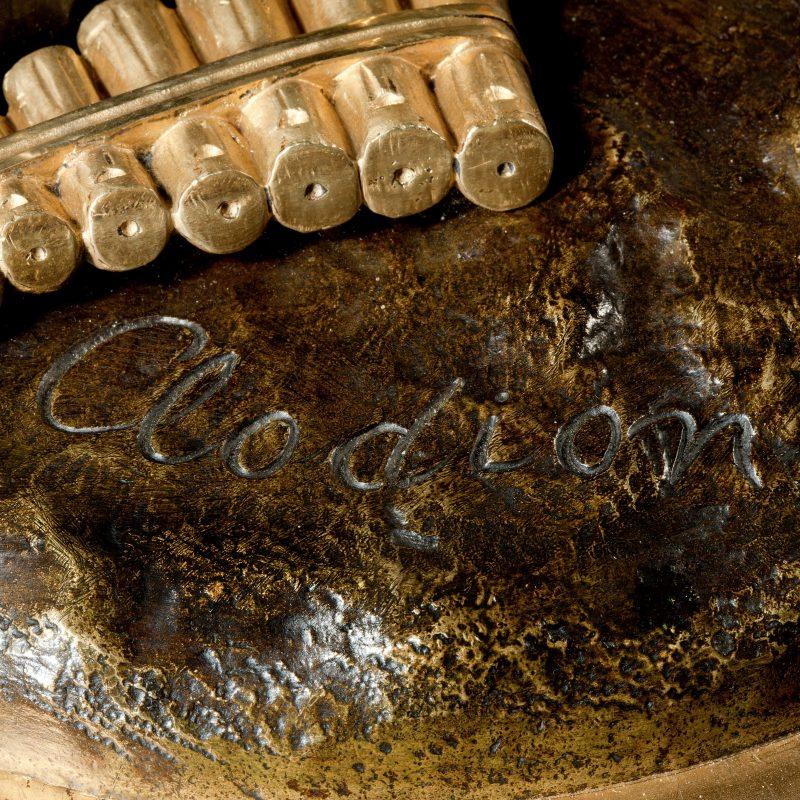 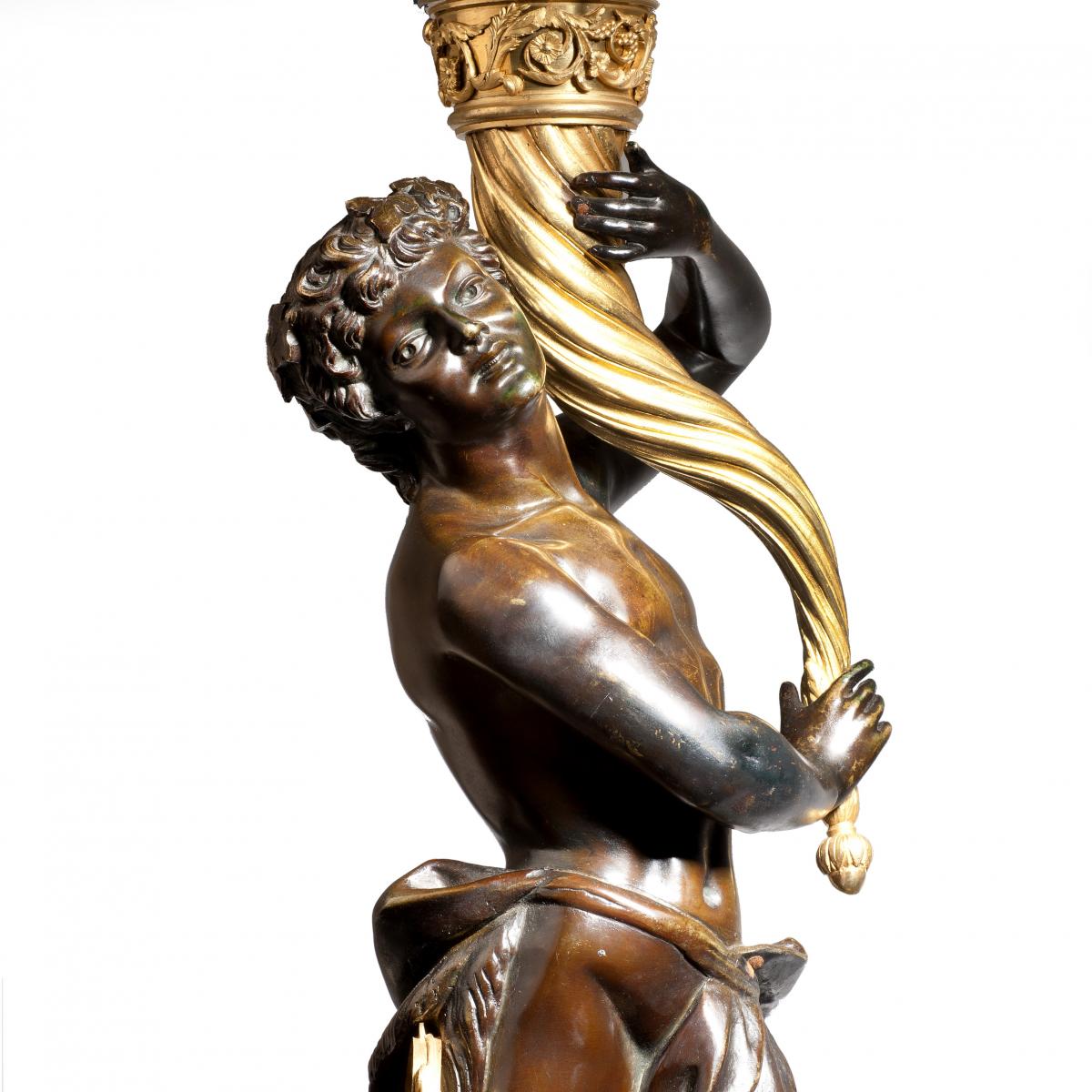 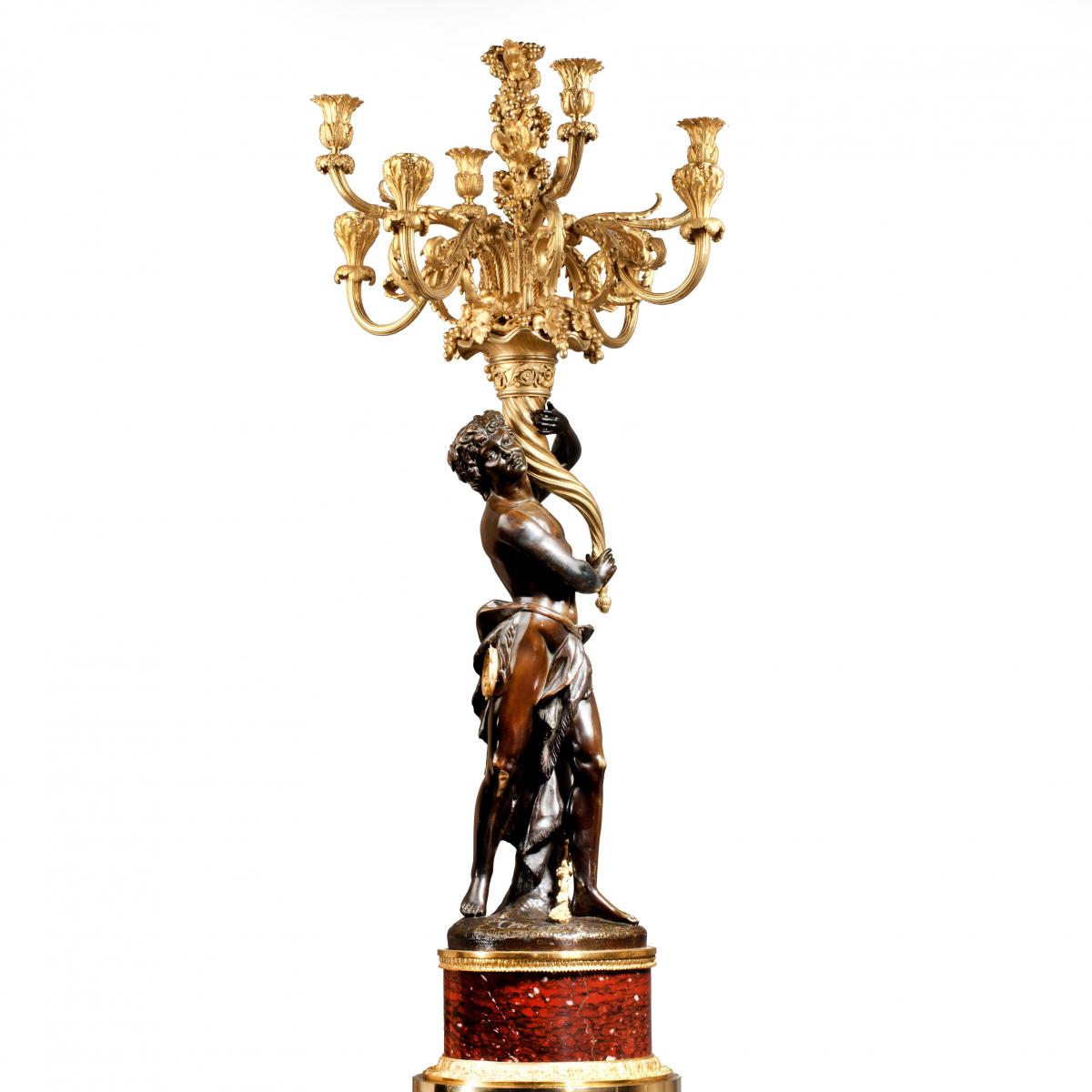 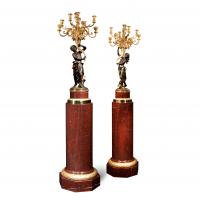 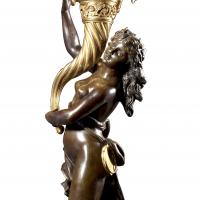 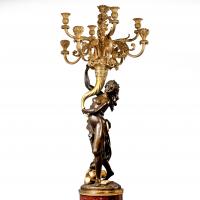 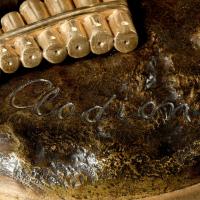 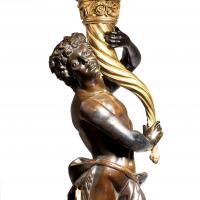 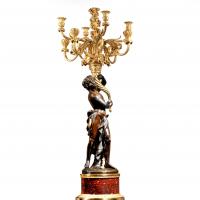 Each is modelled with a sinuous figure lightly draped, with a tambourine tied at the waist, holding a large cornucopia overflowing with grapes and supporting eight foliate branches. One is a bacchante with flowing hair and a pitcher tumbled at her feet, the other a youth with a pelt and thyrsus.

Footnote:
Claude Michael Clodion, (1738-1814), was the son-in-law of sculptor Augustin Pajou. He trained in Paris in the workshops of his uncle, Adam Lambert-Sigisbert and Jean- Baptiste Pigalle, the most successful sculptor of the time.

After winning the Prix de Rome, he moved to Italy, sharing a studio with Jean-Antoine Houdon and studying antique, Renaissance and Baroque sculpture.

In 1771 Clodion returned to Paris, where he continued to produce mostly in terracotta. He also worked with his brothers in other media, decorating objects such as candelabra, clocks and vases.

Drawing primarily from pagan antiquity, he created light-hearted terracotta sculptures that epitomized the Rococo style. Late in his life, when neoclassical works were more popular, Clodion adjusted his style and worked on major public monuments in Paris.

During the 2nd Empire period similar candelabra were supplied to both the Emperor Napoleon III and Empress Eugenie at Fontainebleau. In 1852 these were displayed in the Apollo Salon at the Tuileries (see D. Alcouffe, et. al., Gilt bronzes in the Louvre, Dijon, 2004, no. 95).

To contemporary collectors however the most intriguing parallel is to be found with the similar pair at Highclere Castle, which stand clearly visible in the Great Hall of the fictional Downton Abbey, seat of the Earls of Grantham. 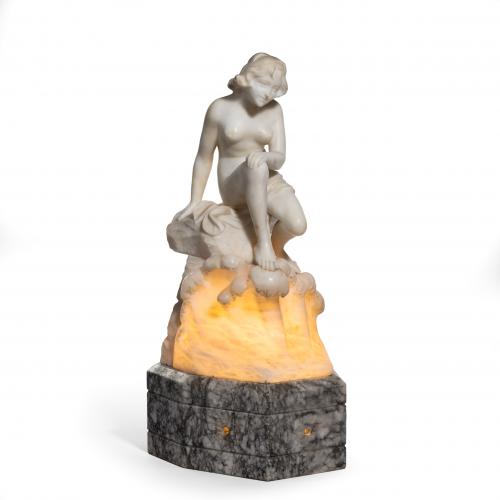 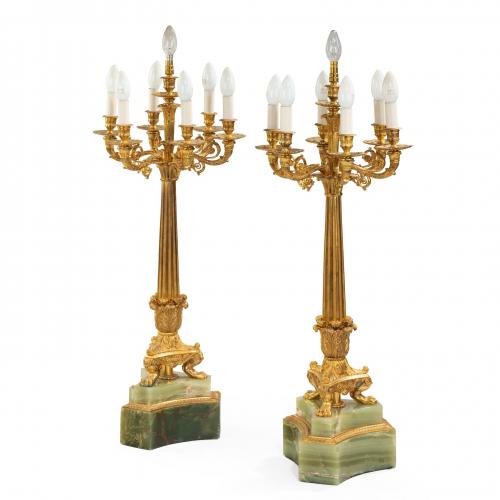 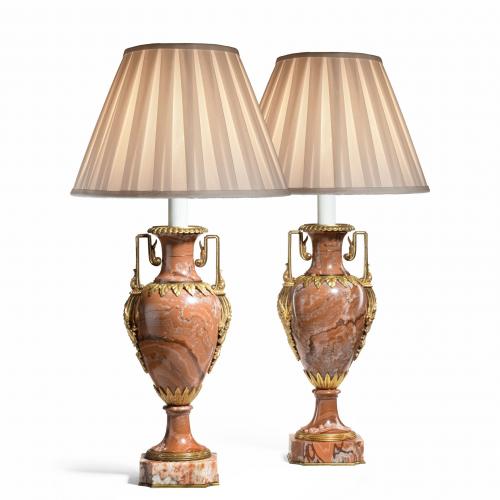