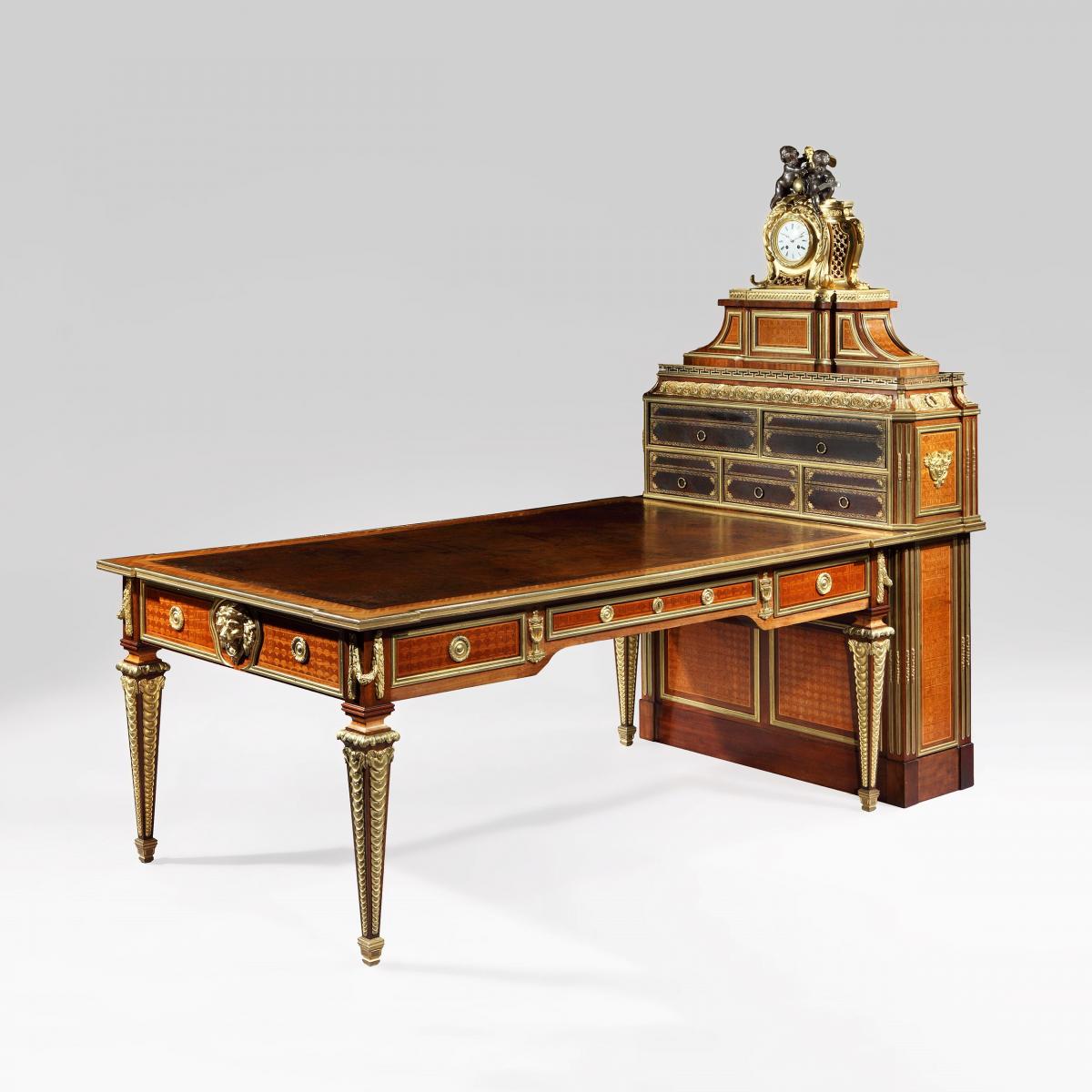 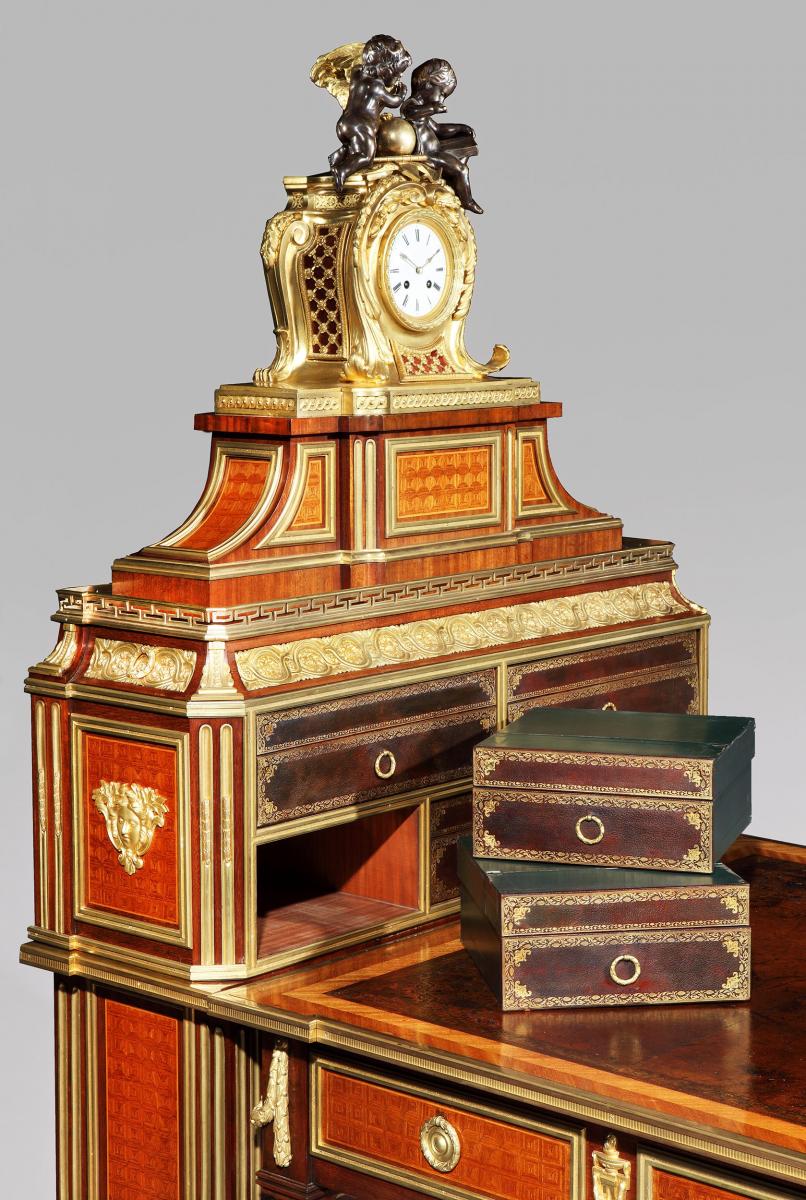 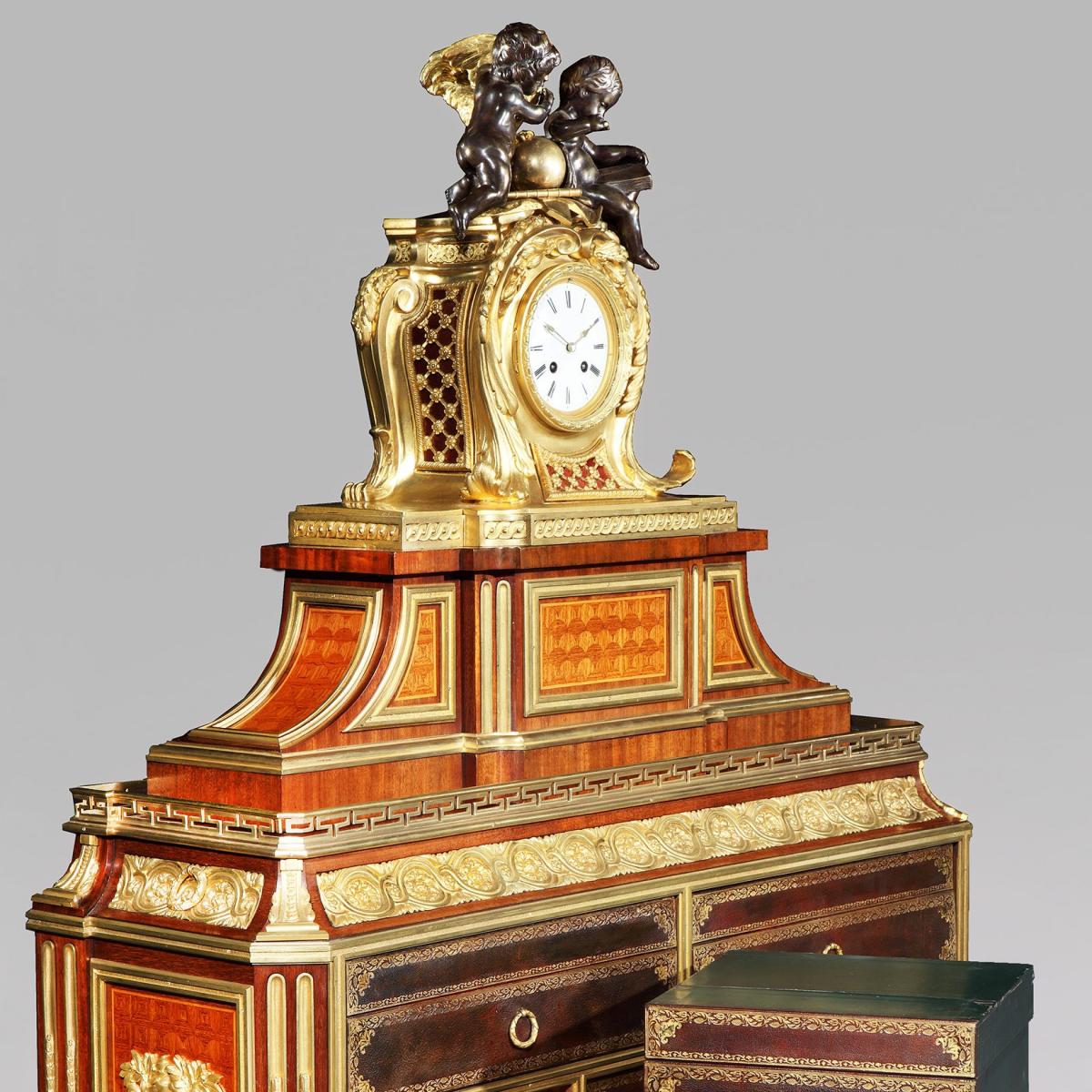 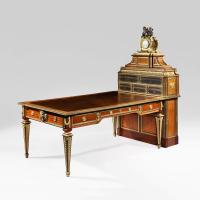 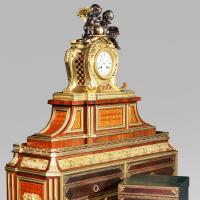 Constructed in kingwood and having extensive parquetry inlay, with well cast and extensive fire gilt bronze enhancements. The writing section of oblong form with re-entrant corners, housing three frieze drawers and with a tooled leather top; the shouldered tapering legs dressed with imbricated bronze mounts: lions masks at the ends: the frame having a guard bronze rail: the cartonnier section housing five leather faced boxes, each side fitted with a small drawer, and a shelved cupboard, the whole dressed with guilloche bronze mounts; the swept superstructure is surmounted by a gilt bronze clock case, flanked by spandrels, having two patinated bronze putti over, emblematic of the arts. The circular white enamel dial with the hours delineated in Roman numerals, the clock movement of eight day duration, and striking the hours on a bell.

This chef d'œuvre of French cabinet making by Simon Oeben was originally made for the Duc du Choisel. A portrait of him seated at the desk was made by Van Blaerenberghe, and is in the V&A . The desk itself may now be seen in the Chateau de Chantilly. The bureau plat was copied by notable 19th century ébénistes as Linke and Sormani.

Simon Oeben (1725-1786), along with his brother Jean-François were responsible for designing and making some of the great pieces of iconic furniture during the period of the ancien régime

We have in our possession documents, dated to 1997, which were found in the back of a drawer of the piece, addressed to the Chateau de Cieurac, recorded as a French Building of National Importance, and dating from the 13th Century, suggesting its possible origin. 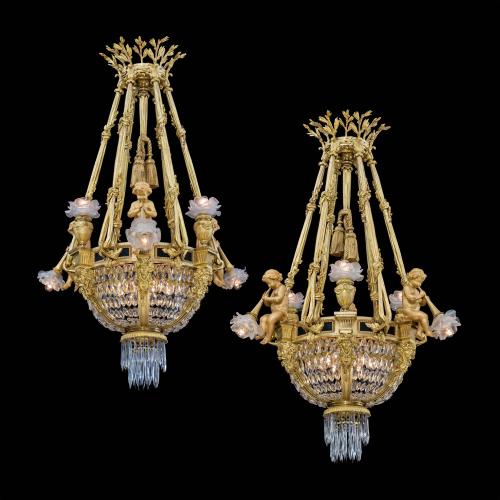 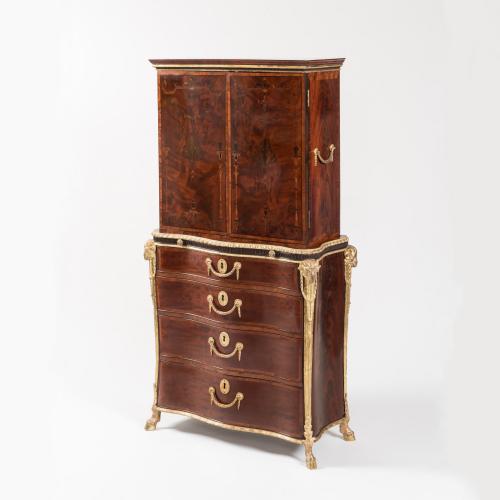