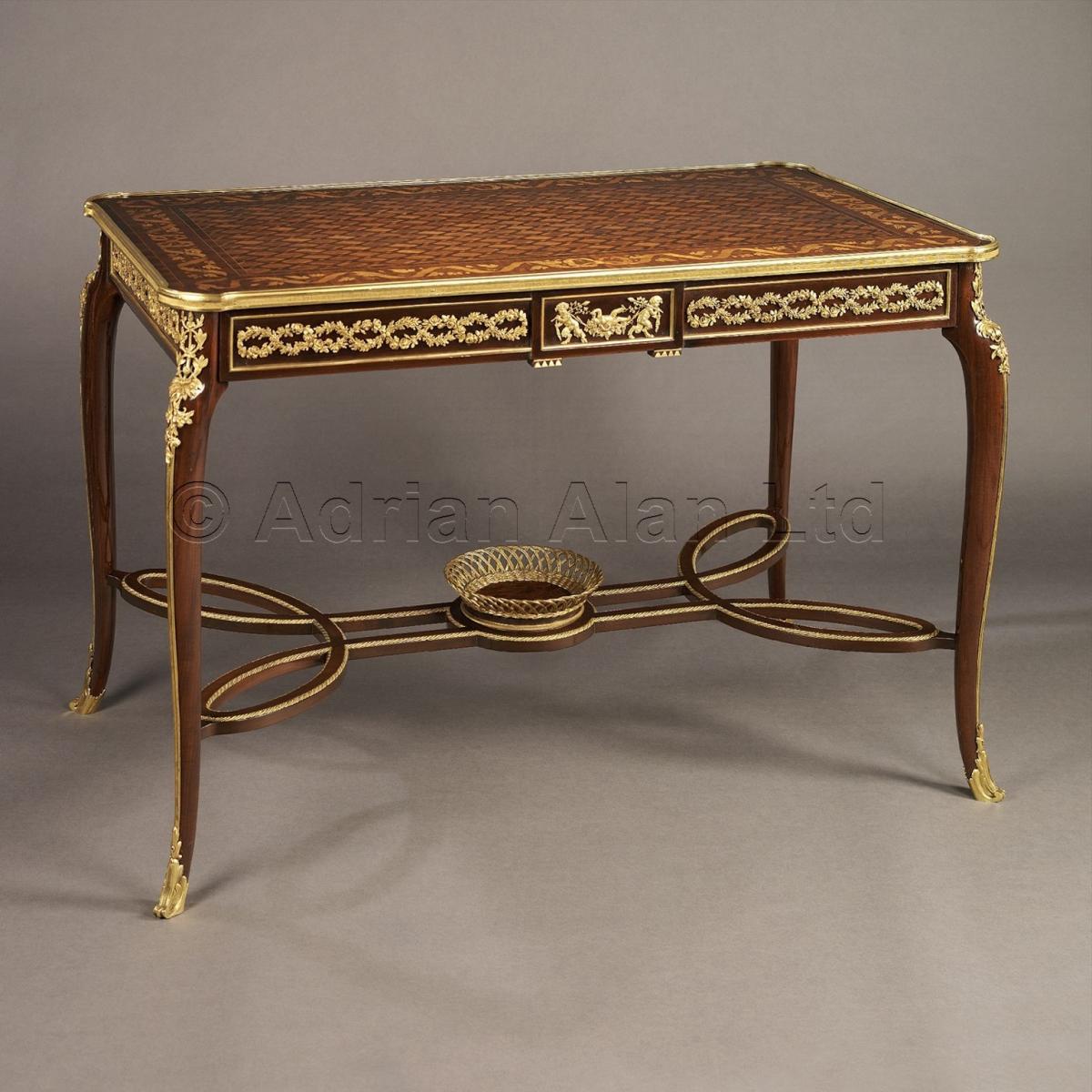 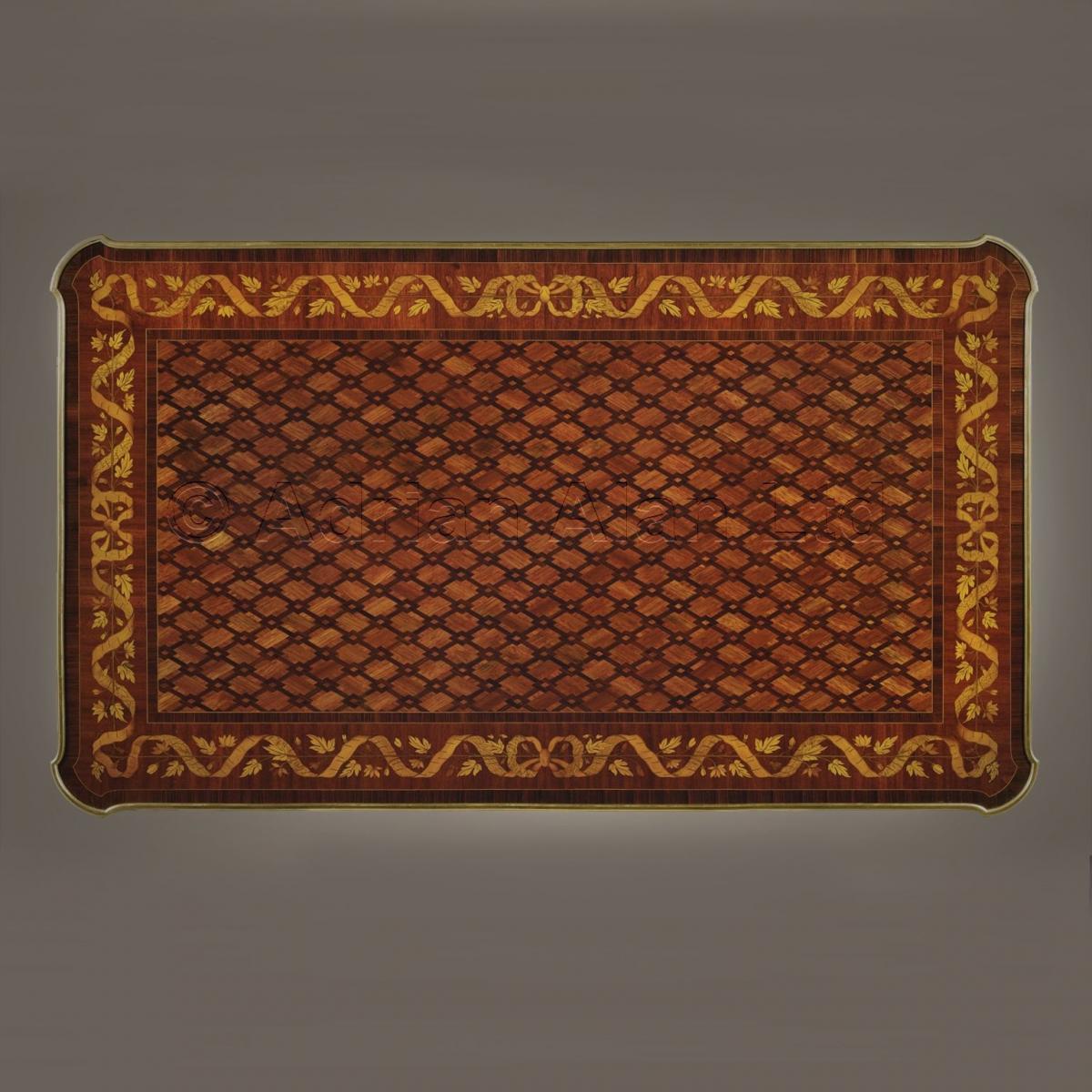 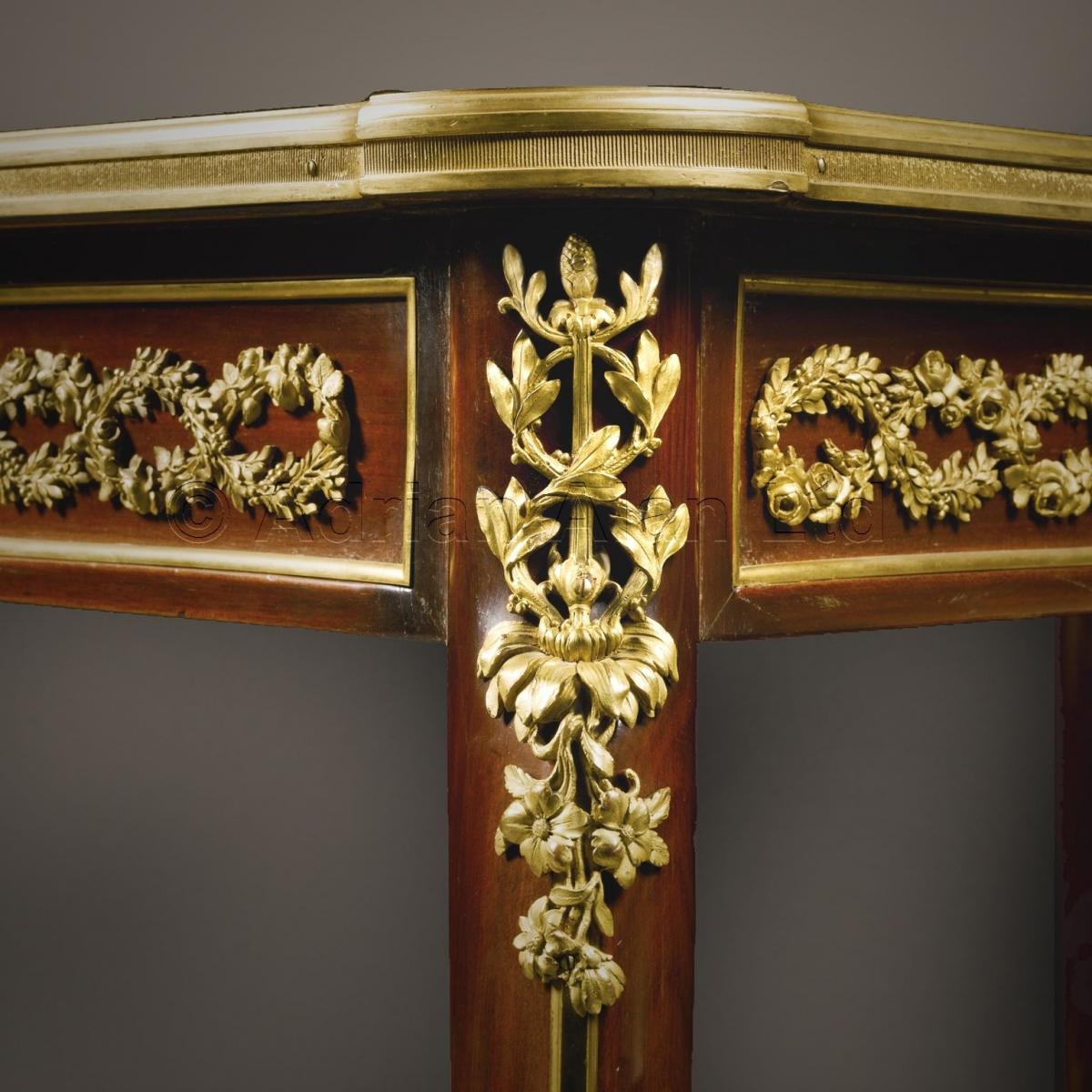 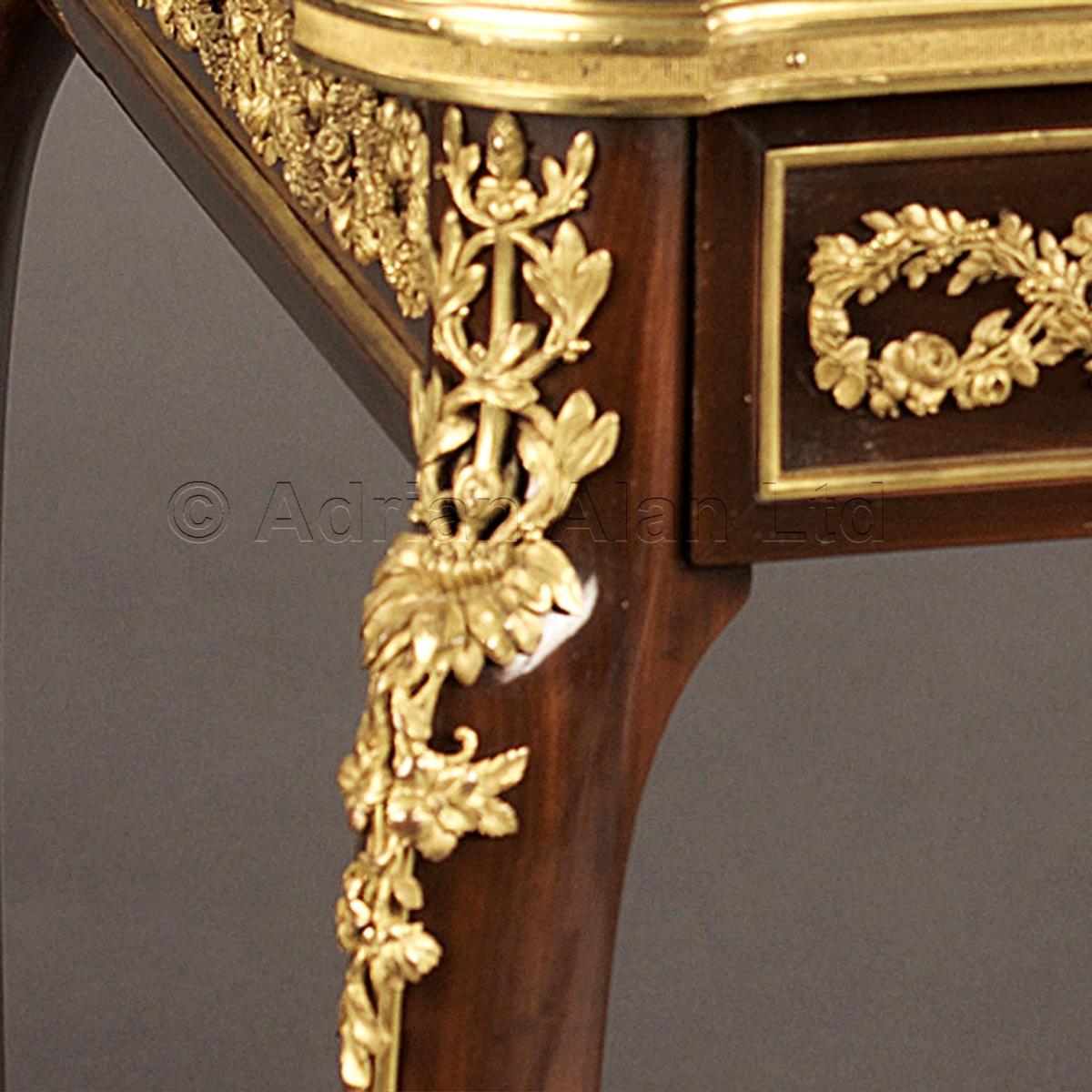 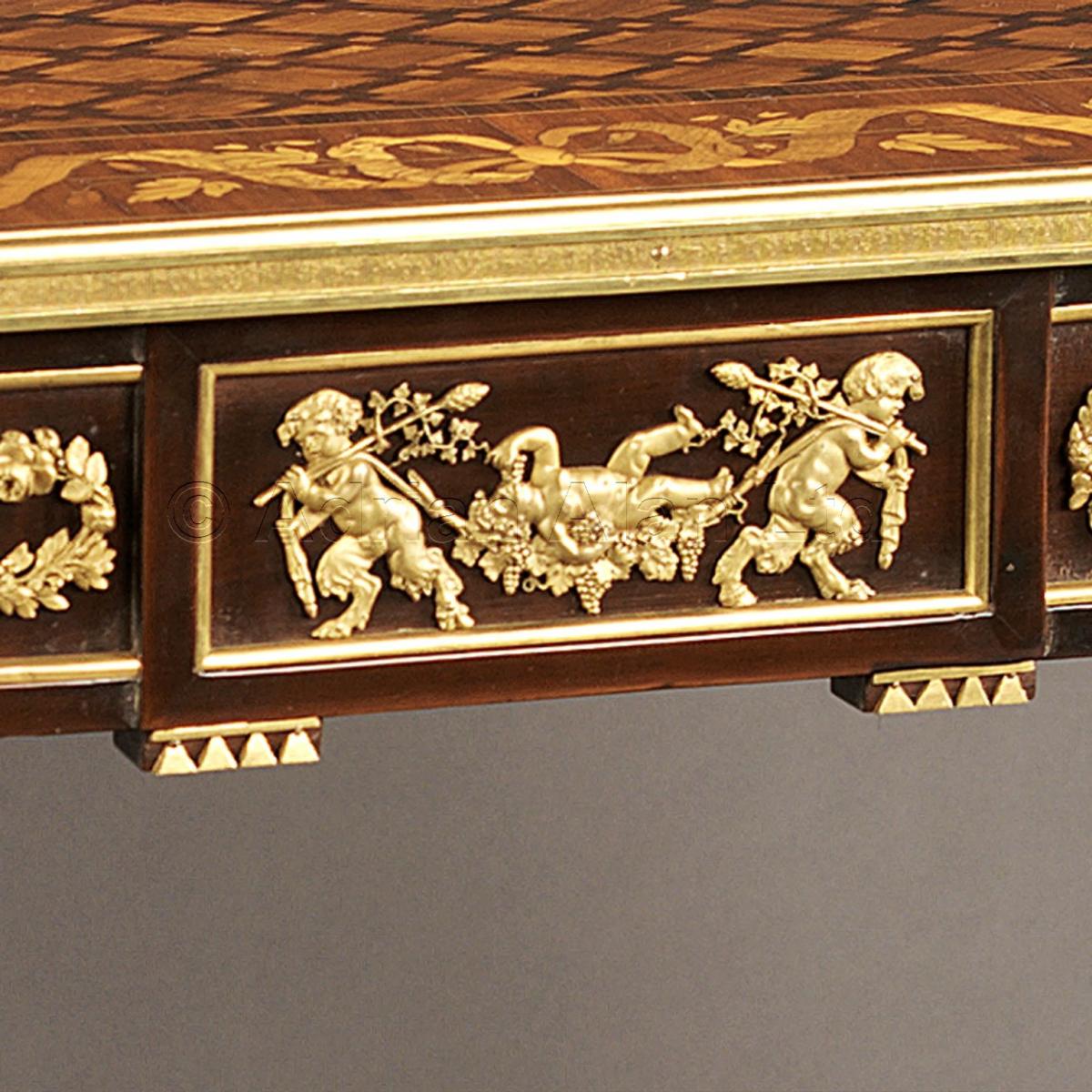 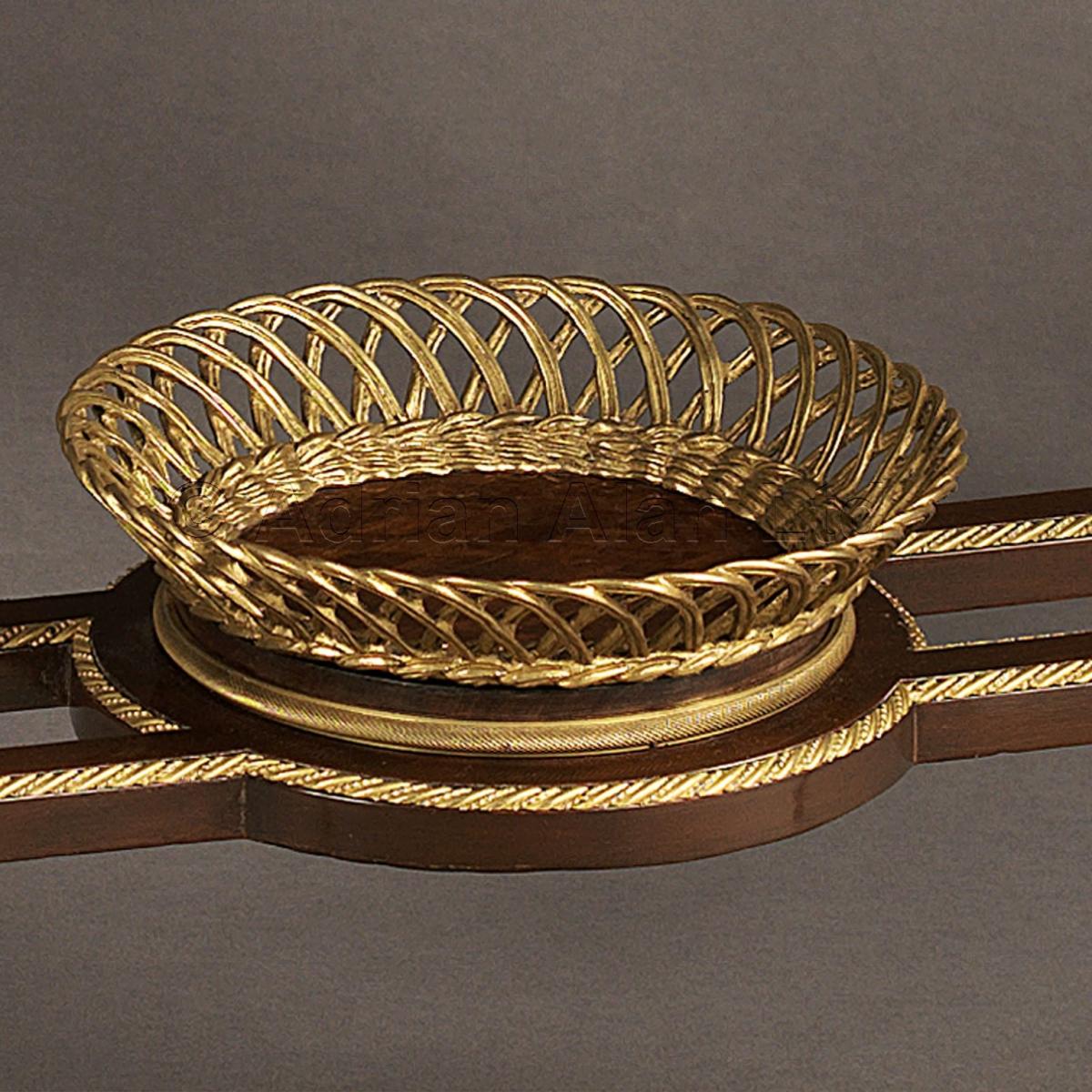 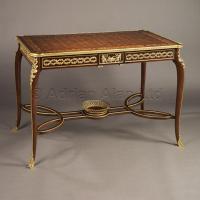 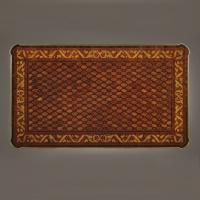 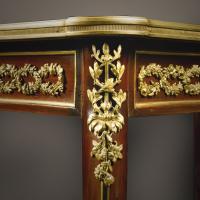 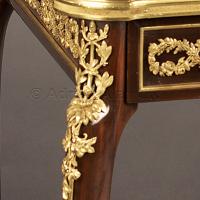 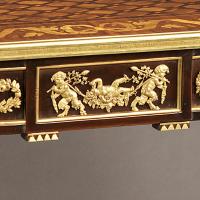 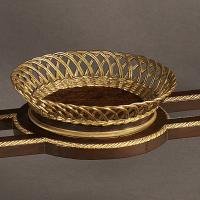 This fine marquetry table has a frieze with a gilt-bronze foliate meander centered by a tablet embellished with finely cast gilt-bronze mounts depicting  bacchanalian cherubs at play.  The cabriole legs with gilt-bronze mounts and sabots are united by an interlaced stretcher surmounted by an open-work gilt-bronze basket in the manner of Weisweiler.

The formation of Linke's distinctive style was made possible by his collaboration with the sculptor Léon Messagé.
Together Linke and Messagé designed furniture for Linke's 1900 exhibition stand, with  exuberant allegorical figures cast in high relief, that exemplified Linke's ability to seamlessly merge the different mediums of wood carving, bronze and marquetry into a dynamic unified whole.