A Louis XVI Style Mahogany Cartel Clock and Barometer, After The Model By Martin Carlin 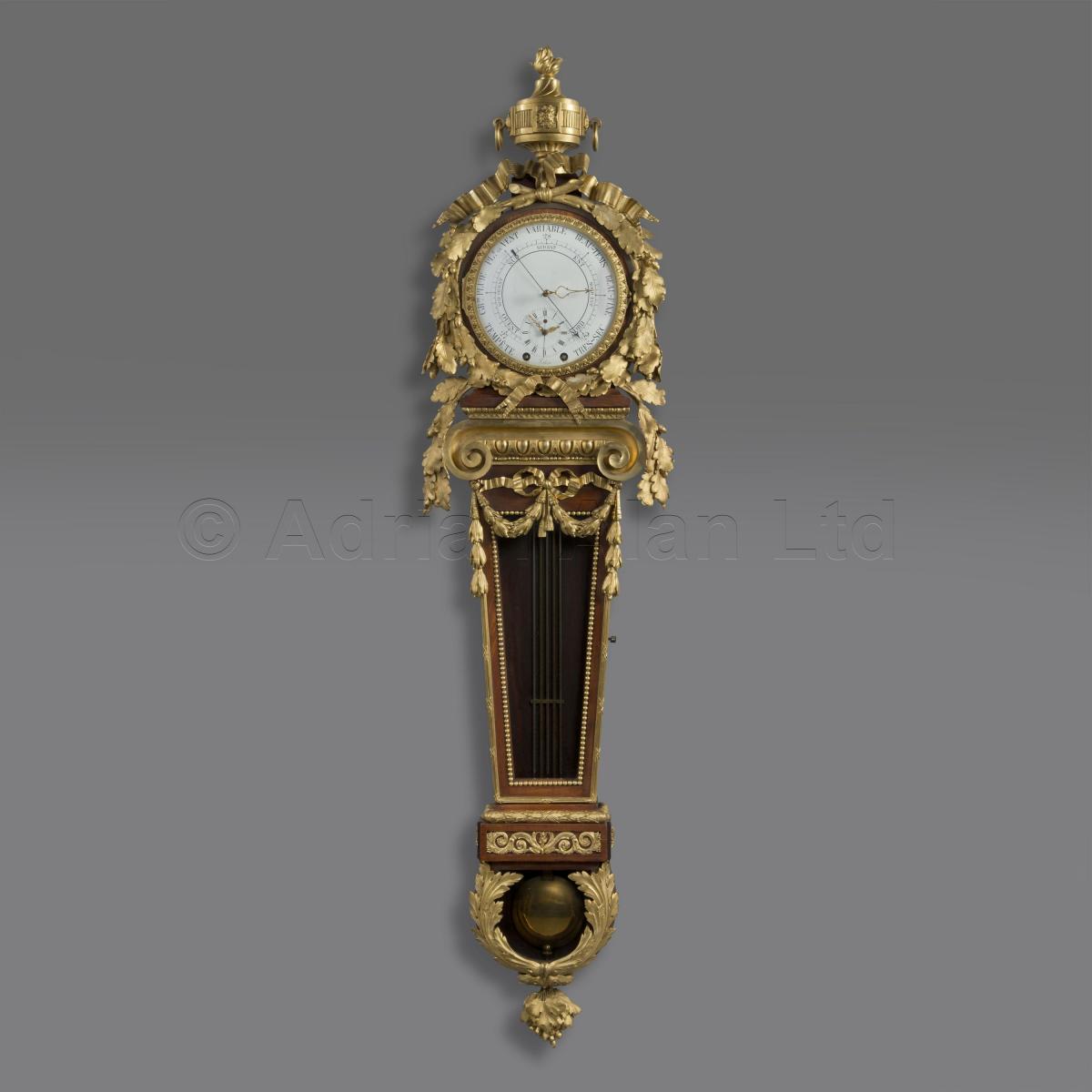 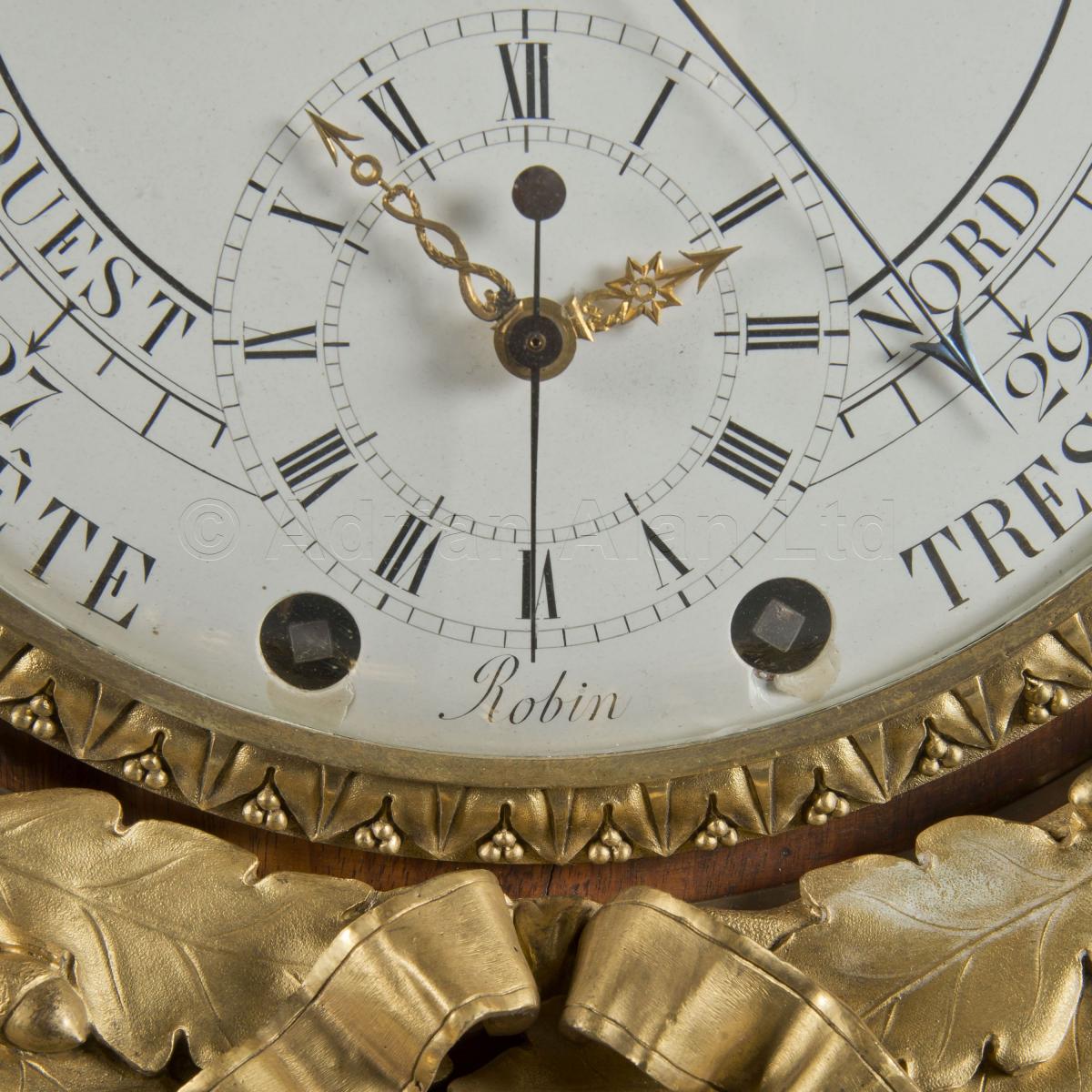 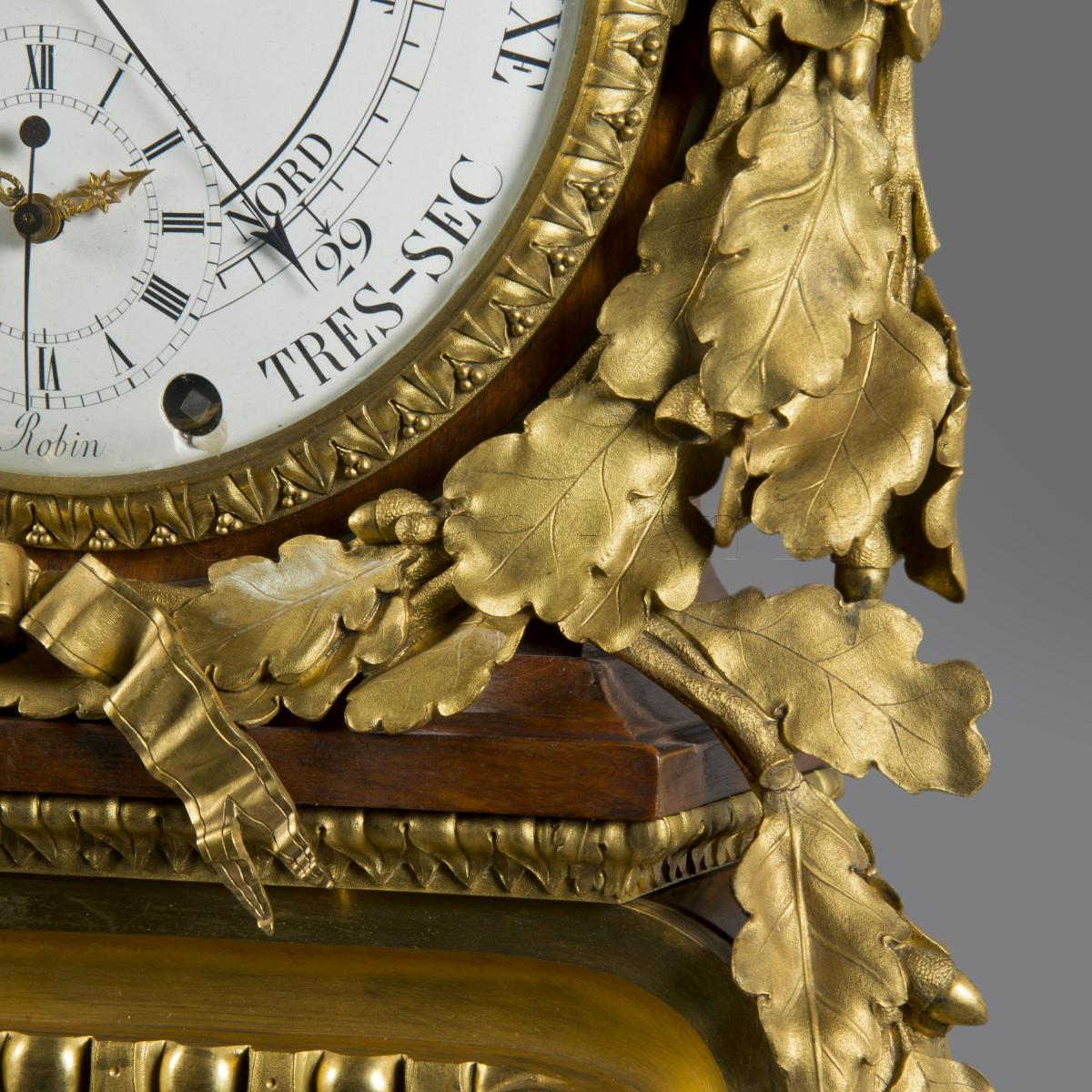 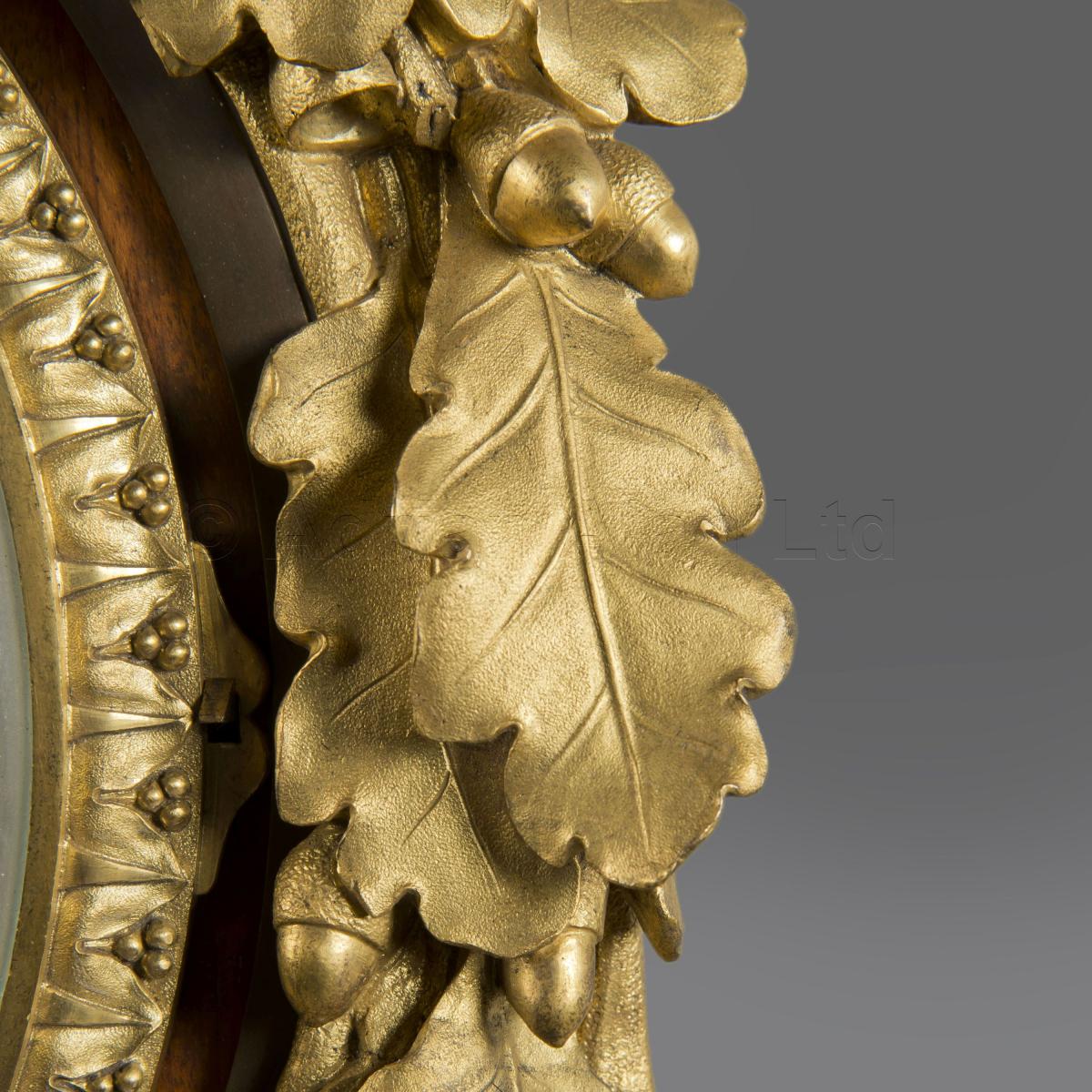 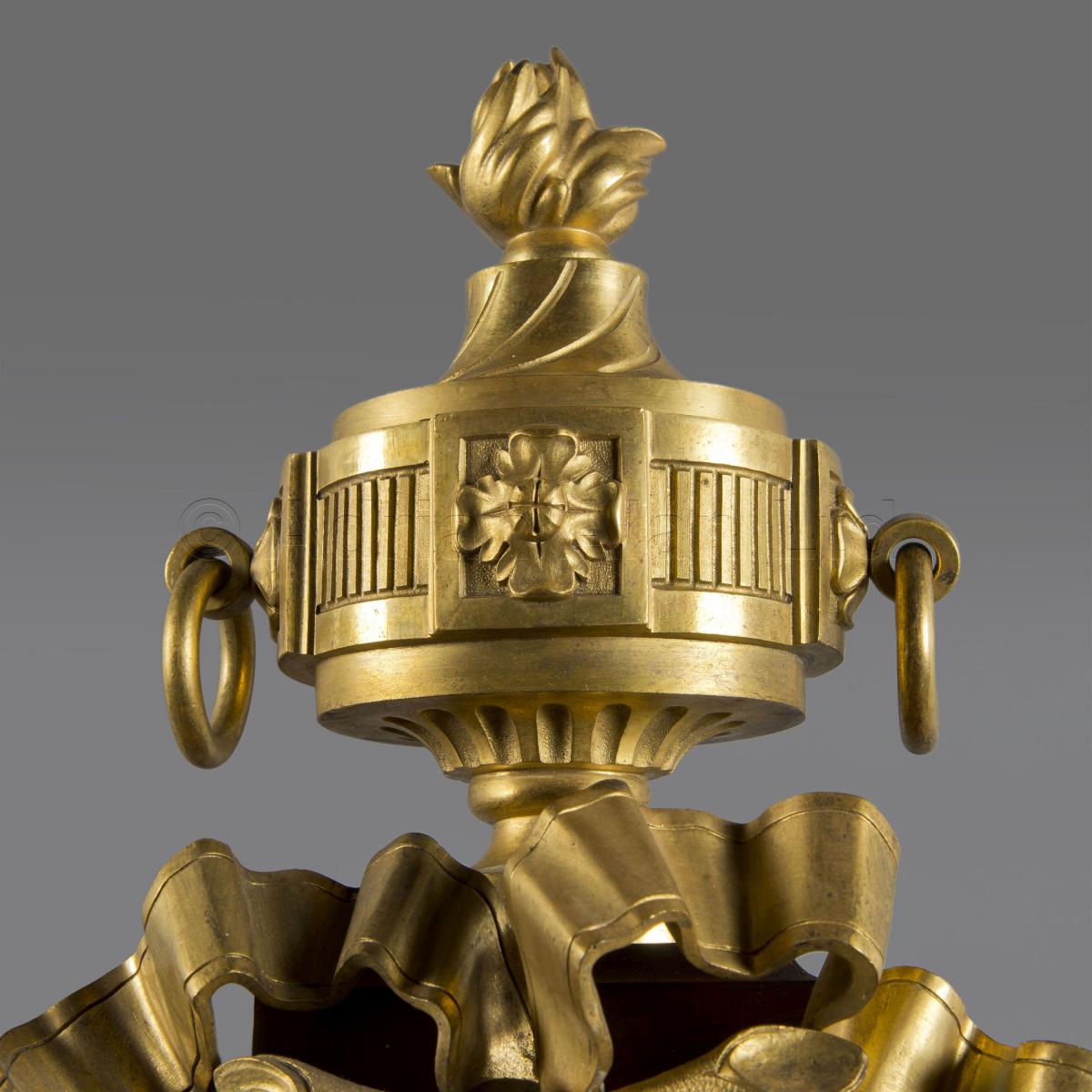 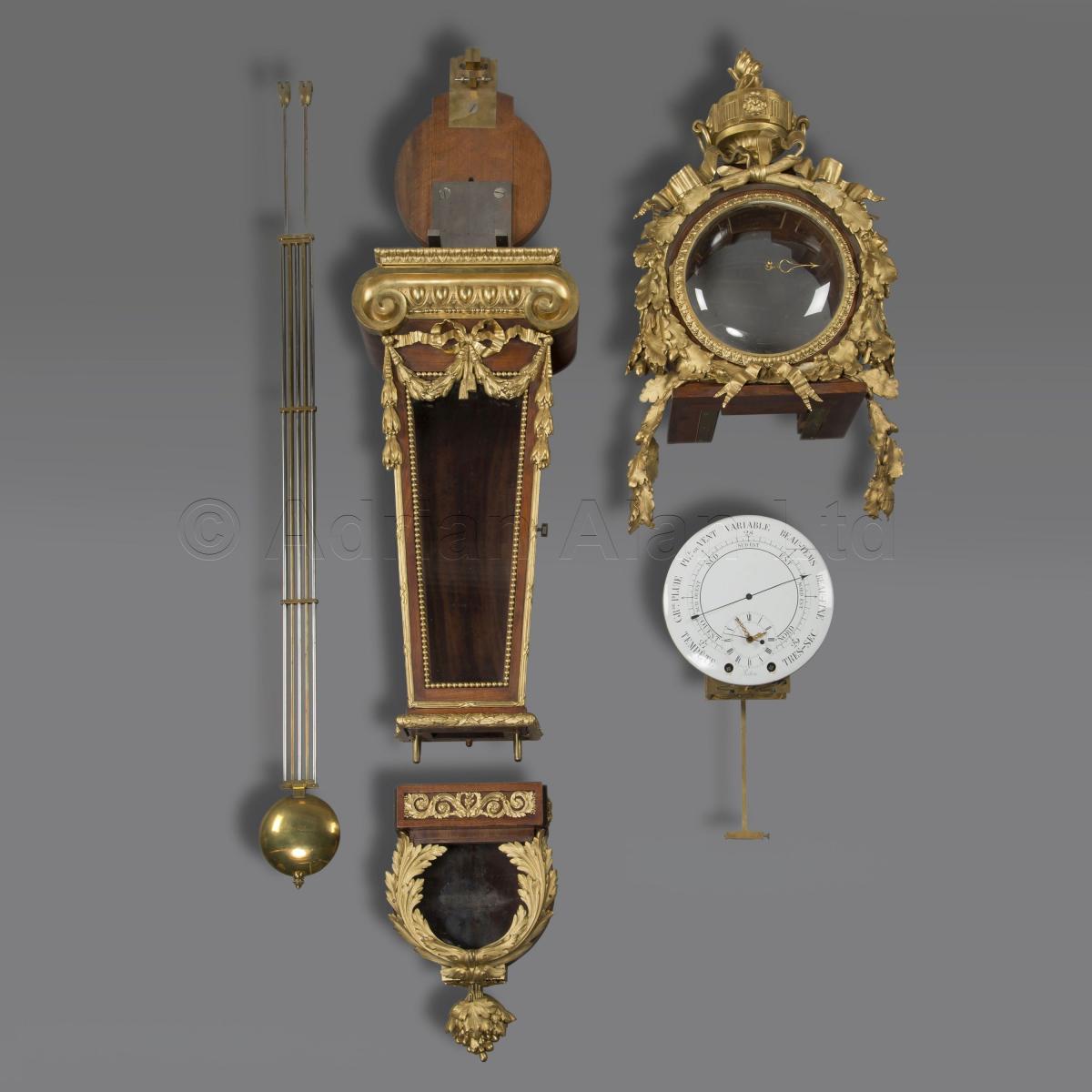 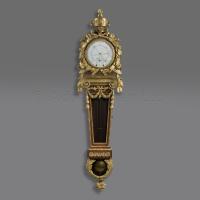 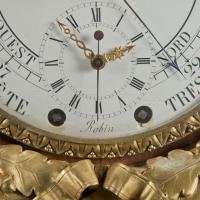 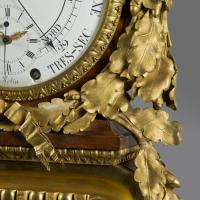 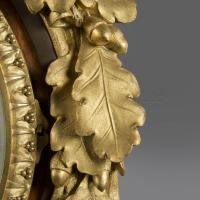 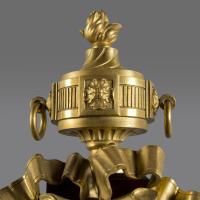 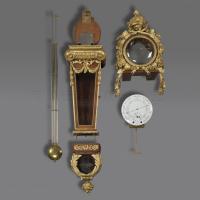 This large and very fine cartel clock and barometer has a combination circular white enamel dial framed by gilt-bronze trailing oak leaves and surmounted by a urn en flambeau.  The tapering case below is mounted with ribbon tied garlands and fronded acanthus.

Martin Carlin was born in Germany in 1730 and emigrated to Paris to become an ébéniste. He was already active as an ébéniste by 1759, at which time he married Marie-Catherine Oeben, sister of the successful ébéniste Jean-Francois Oeben, for whom he probably worked until the latters death in 1763. Carlin died in 1785.

Carlin sold his works exclusively to middlemen such as the marchands-merciers Simon-Philippe Poirier and Dominique Daguerre. He was particularly known for his furniture decorated with Sèvres porcelain  plaques, and in the early 1780's with Japenese lacquer panels. His first recorded piece of porcelain mounted furniture dates to 1763, a bonheur-du-jour now in the Bowes Museum, Co. Durham. He worked from designs provided by Dominique Daguerre, for the foremost collectors of the day, including the French Crown.  Carlin shifted his emphasis after 1778 to producing sumptuous furniture decorated with Japanese lacquer, for the Merchands.