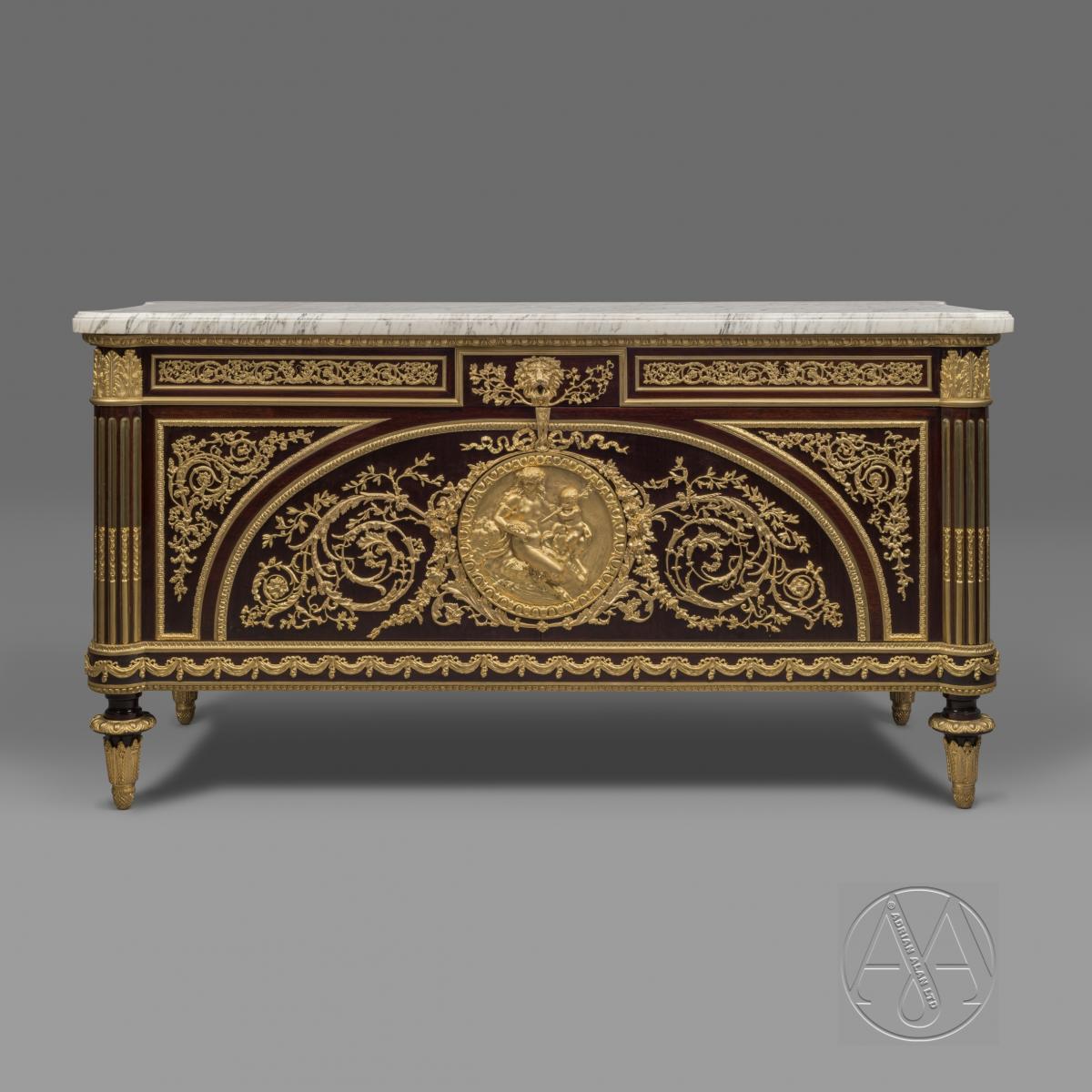 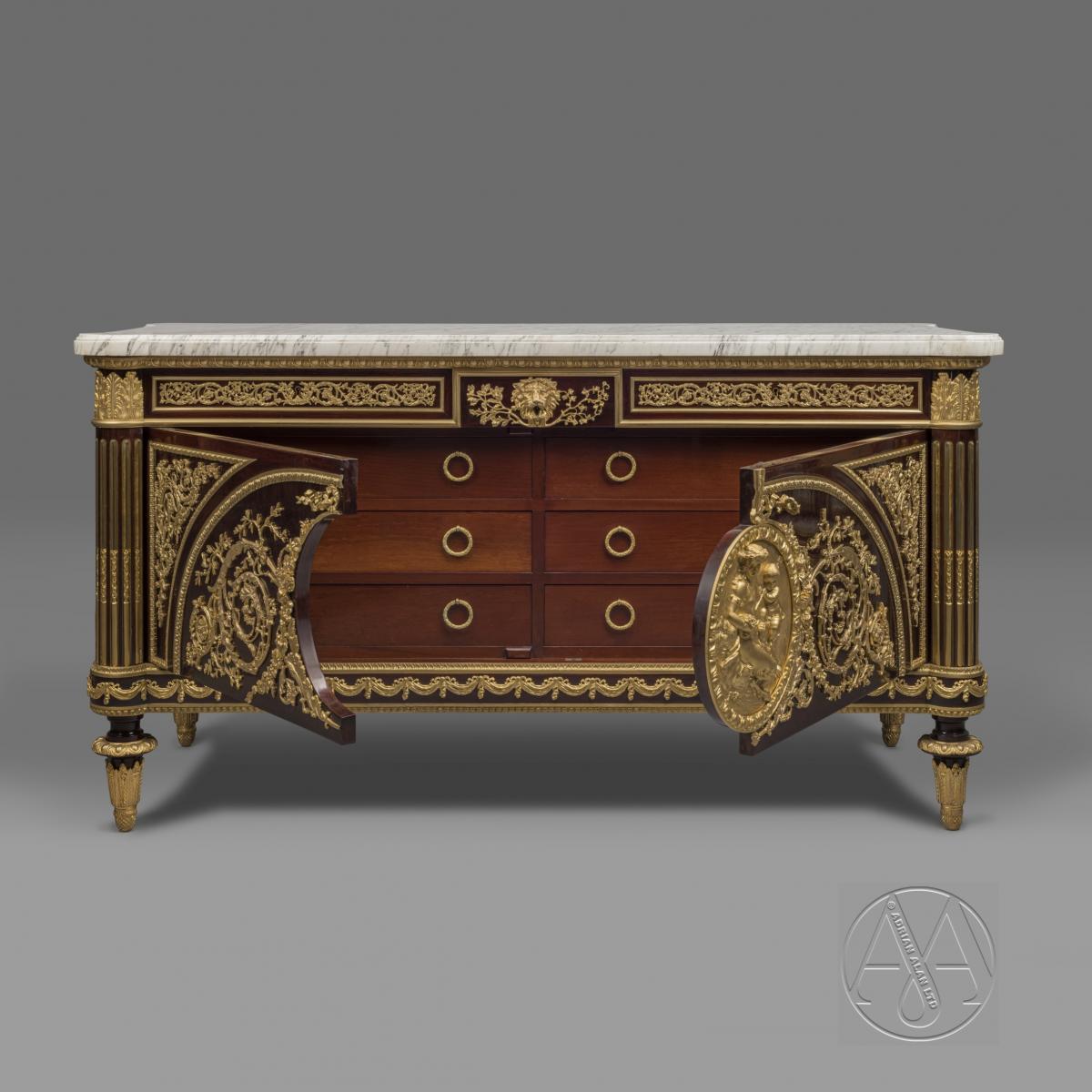 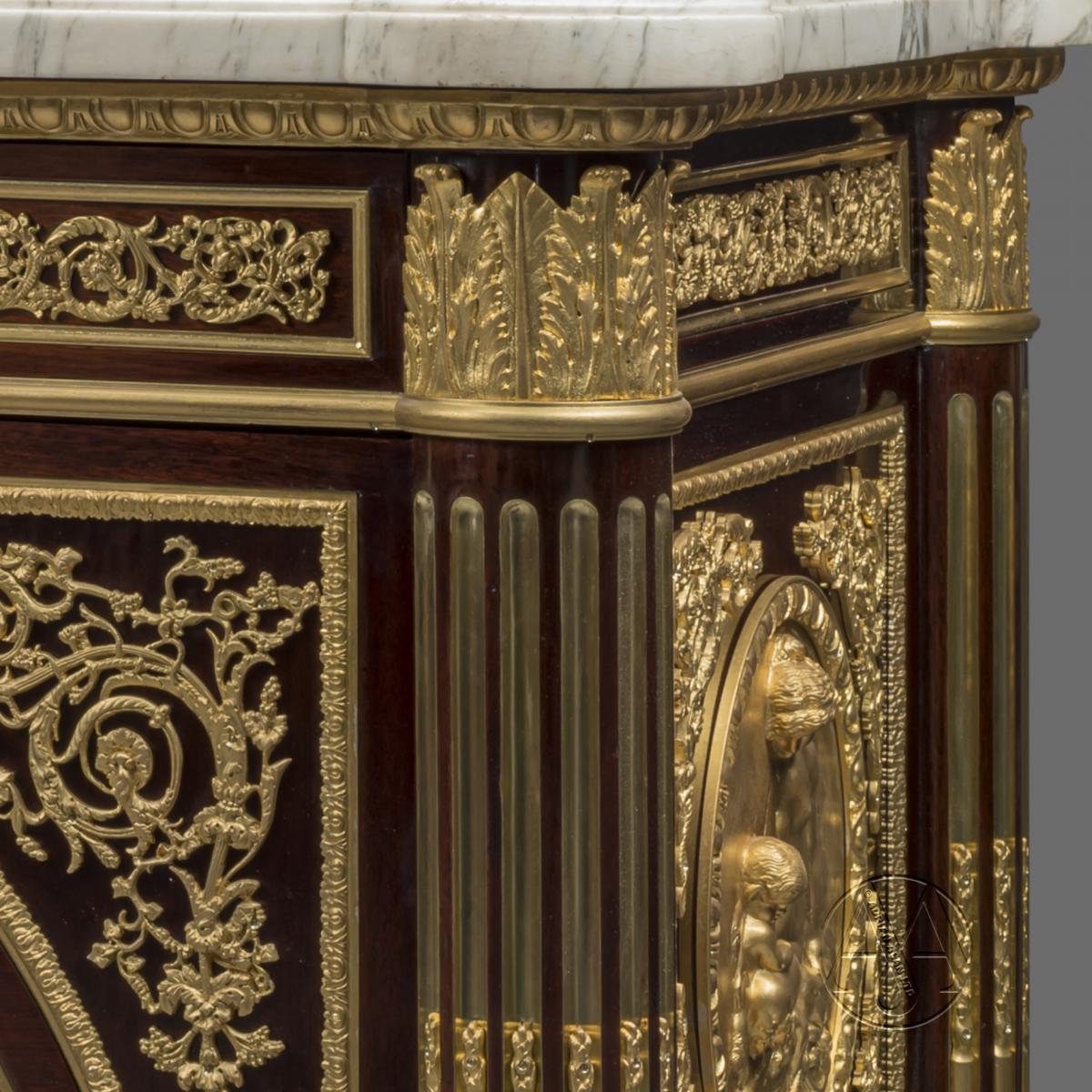 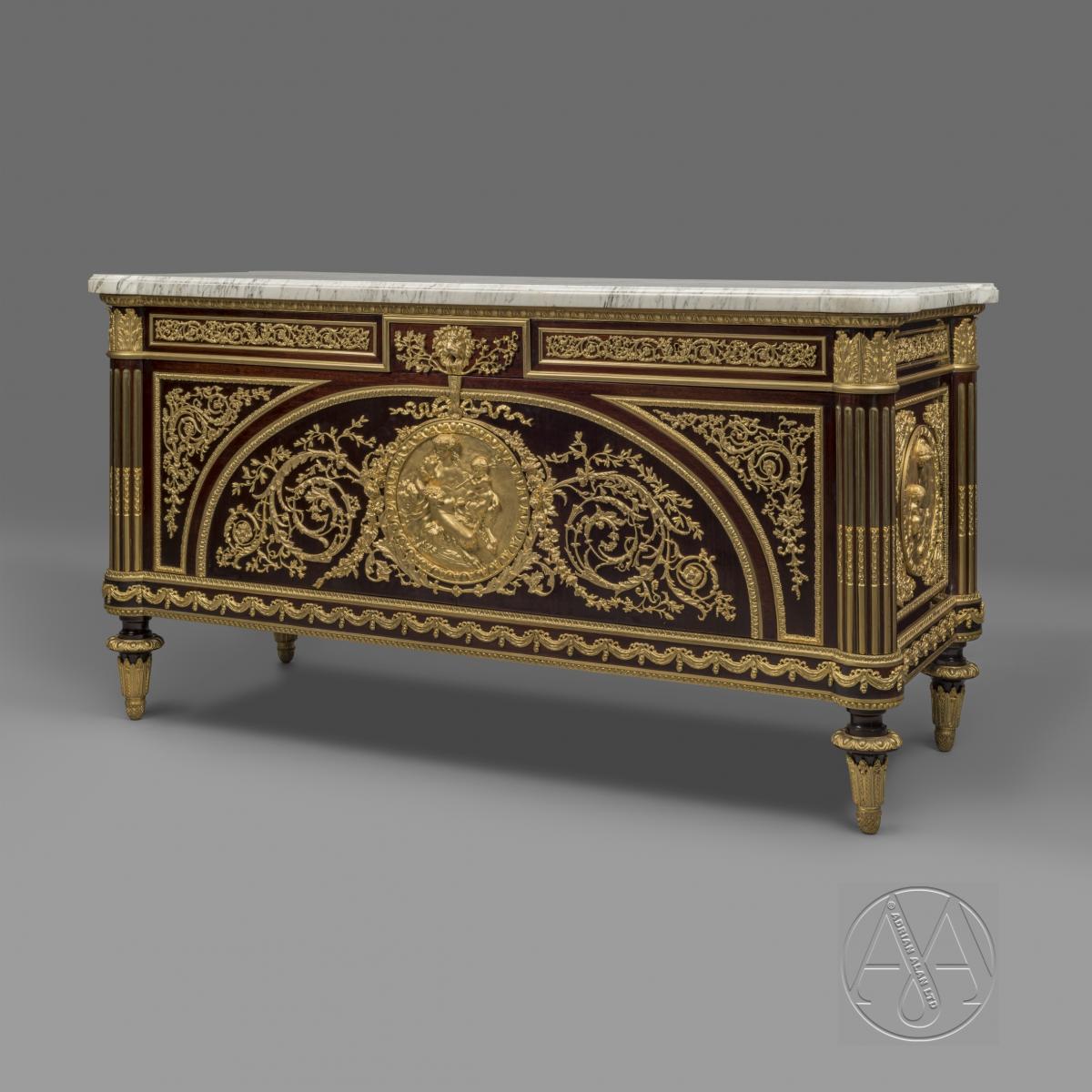 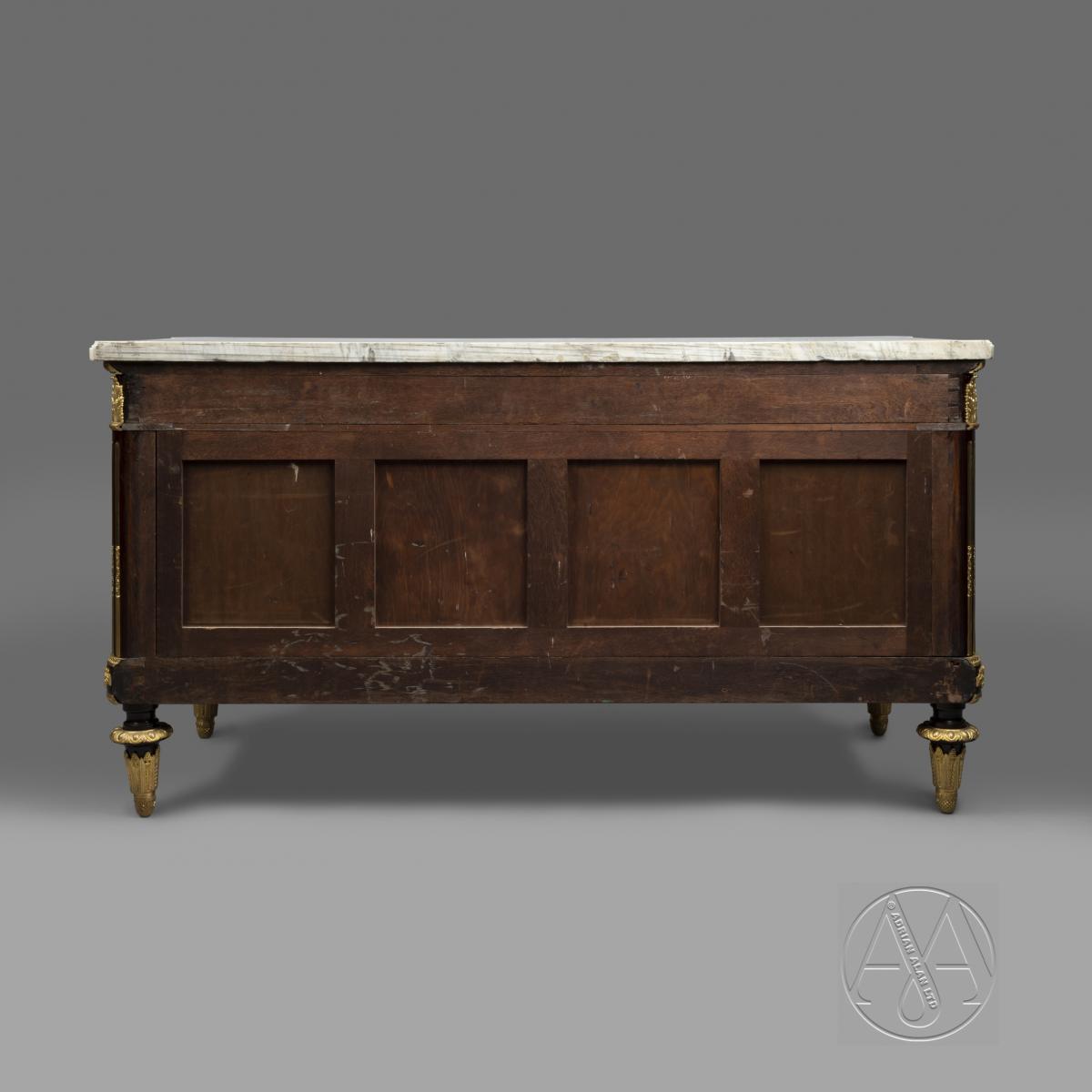 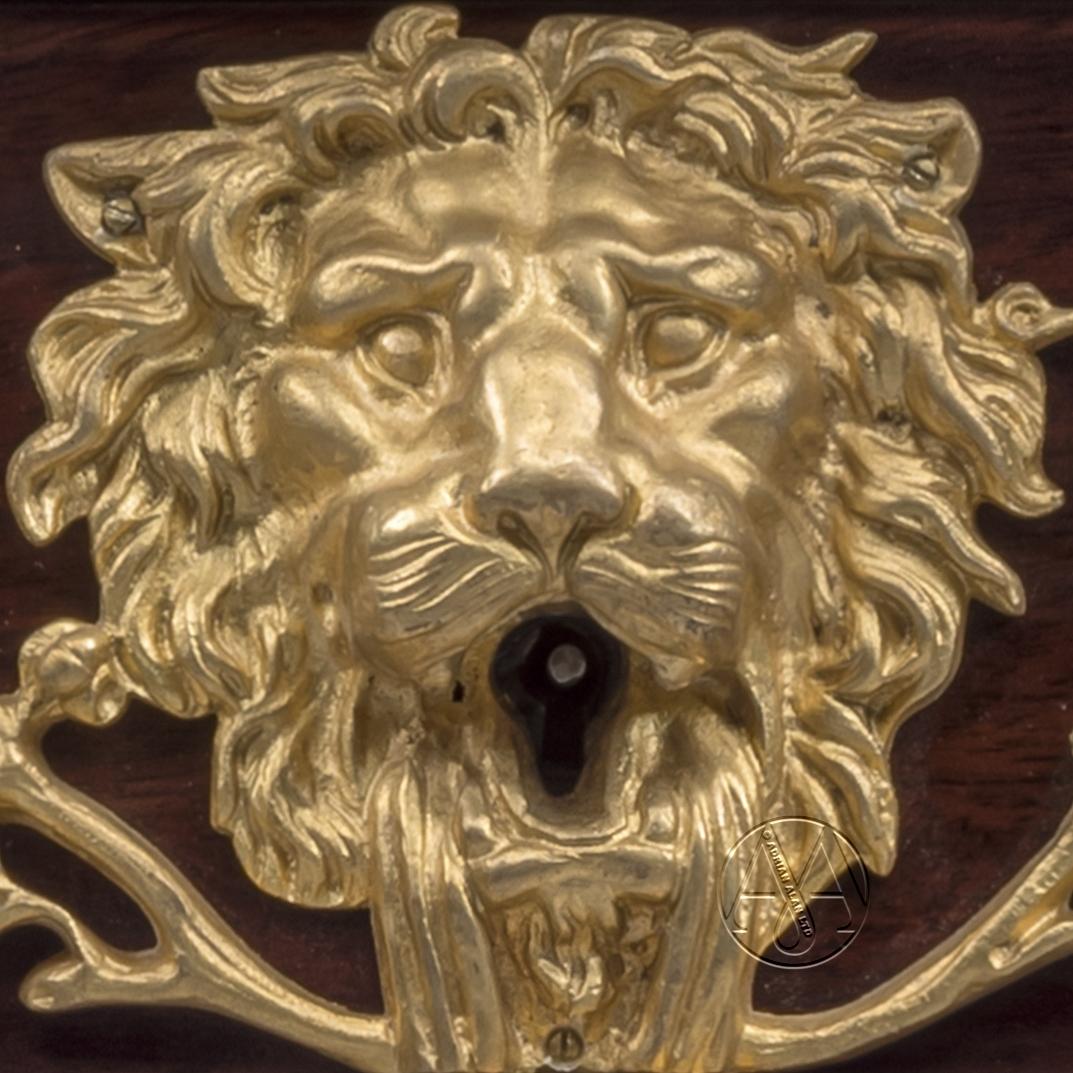 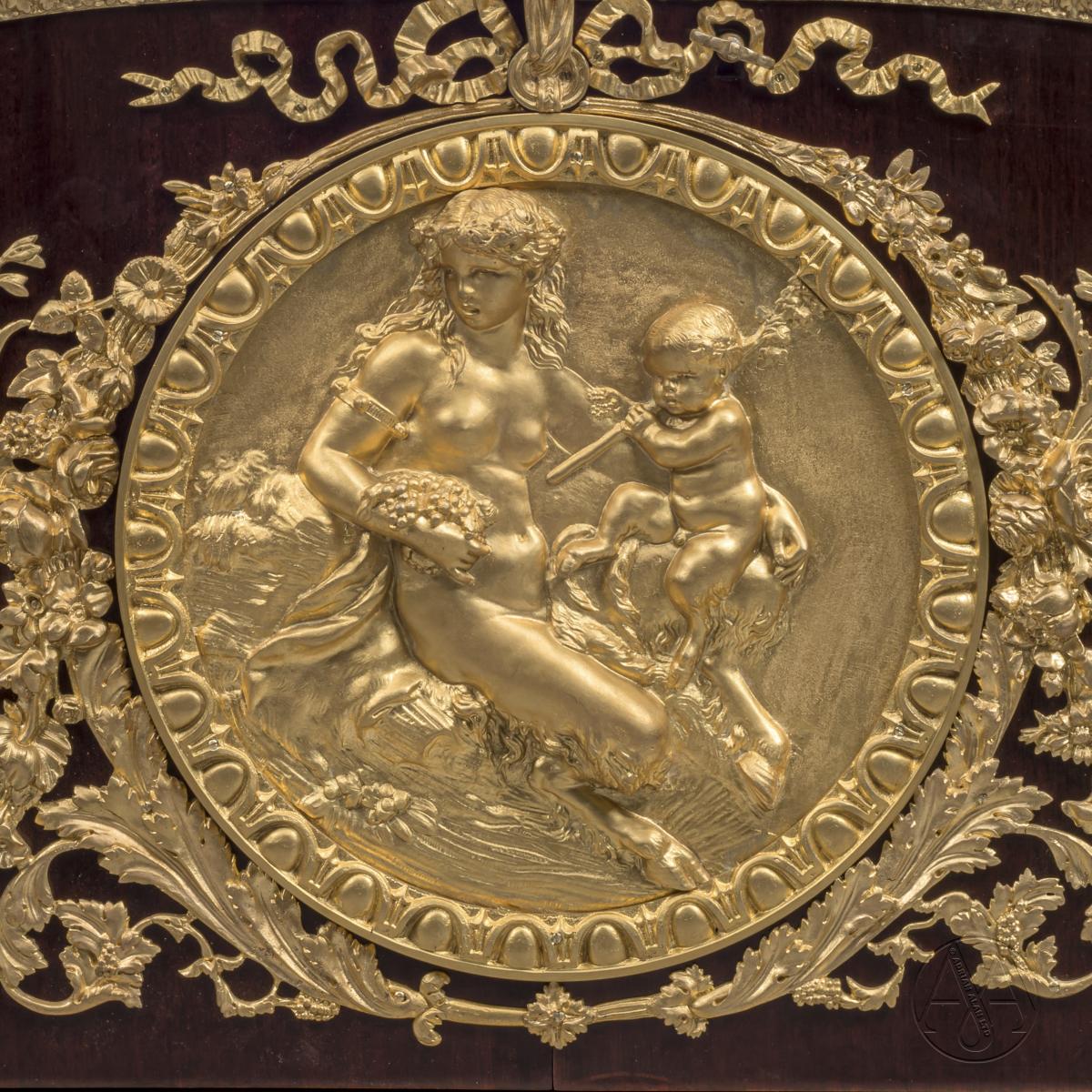 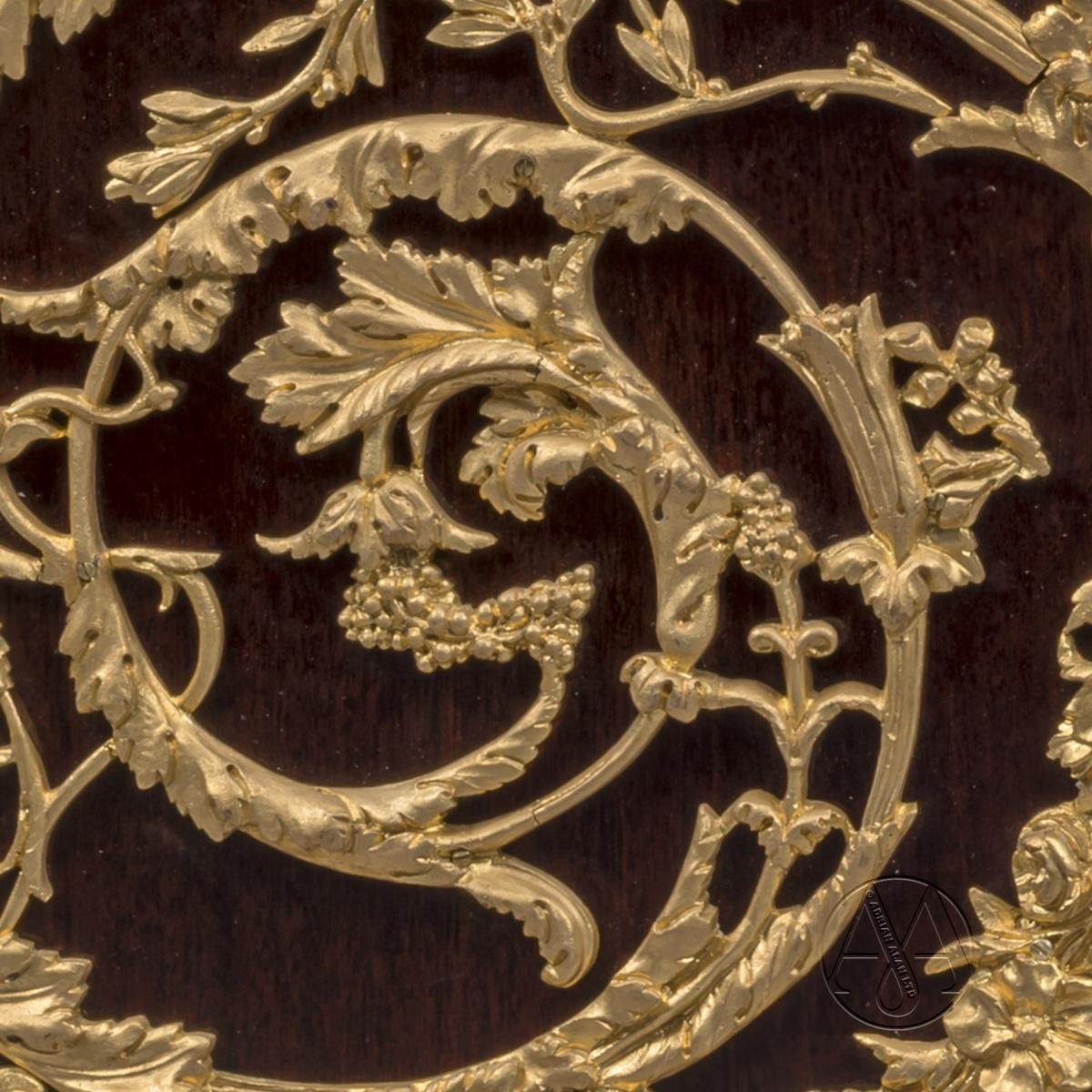 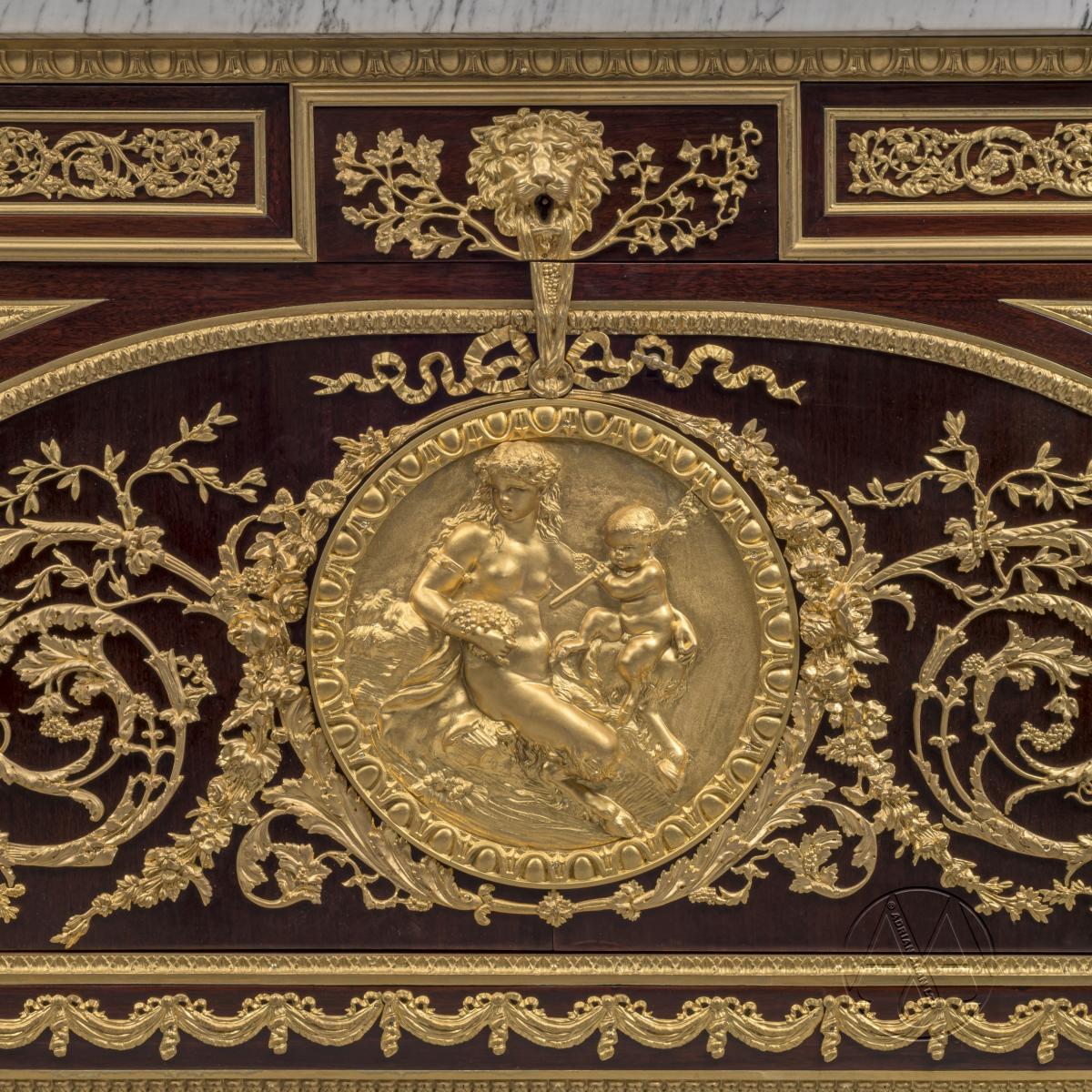 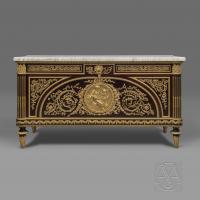 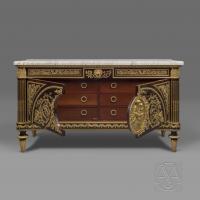 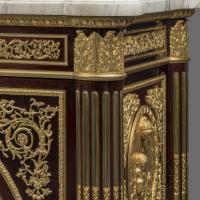 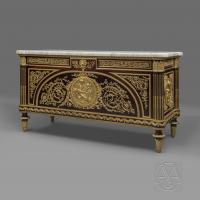 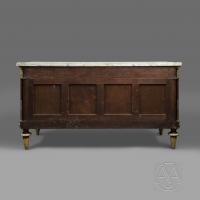 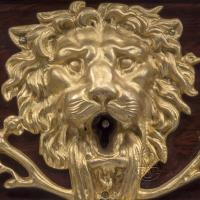 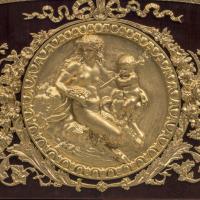 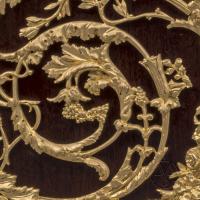 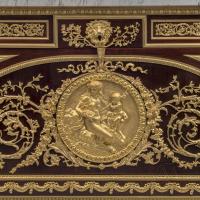 The gilt-bronze mounts stamped Stamped 'KAHN' to the reverse.

The important model this commode was based on was designed by Stöckel and Benneman for Marie-Antoinette for the Salon des Jeux  at Fontainebleau.

Guillaume Benneman was the chief ébéniste to Louis XVI and Marie-Antoinette from 1786 to 1792, producing many fine pieces for the Royal Chateaux at Versailles and Fontainebleau under the directorship of Jean Hauré until 1788 and later under Thierry de Ville d'Avray.   Benneman was influential in introducing a more disciplined neo-classical approach to furniture design with emphasis on pure outlines and architectural references that were to predominate under the Consulat and Empire.

Léon Kahn was a leading bronzier working in Paris in the last quarter of the nineteenth century.

Little is known about the man or his oeuvre, but signed examples of his work are nearly always influenced by the great ébénistes of the eighteenth century, such as Benneman.  His mounts are always of the very highest quality with exceptional casting and chiselling.