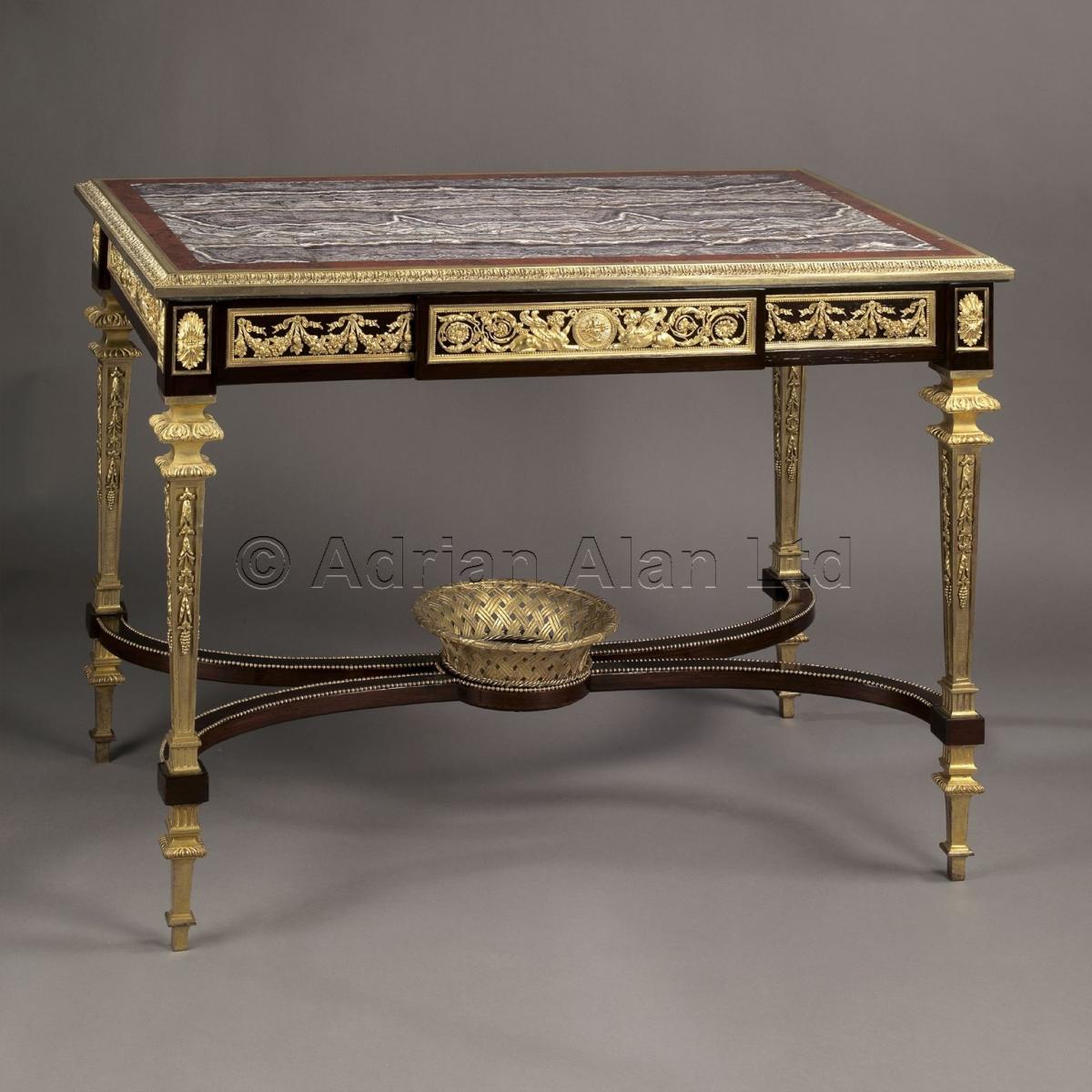 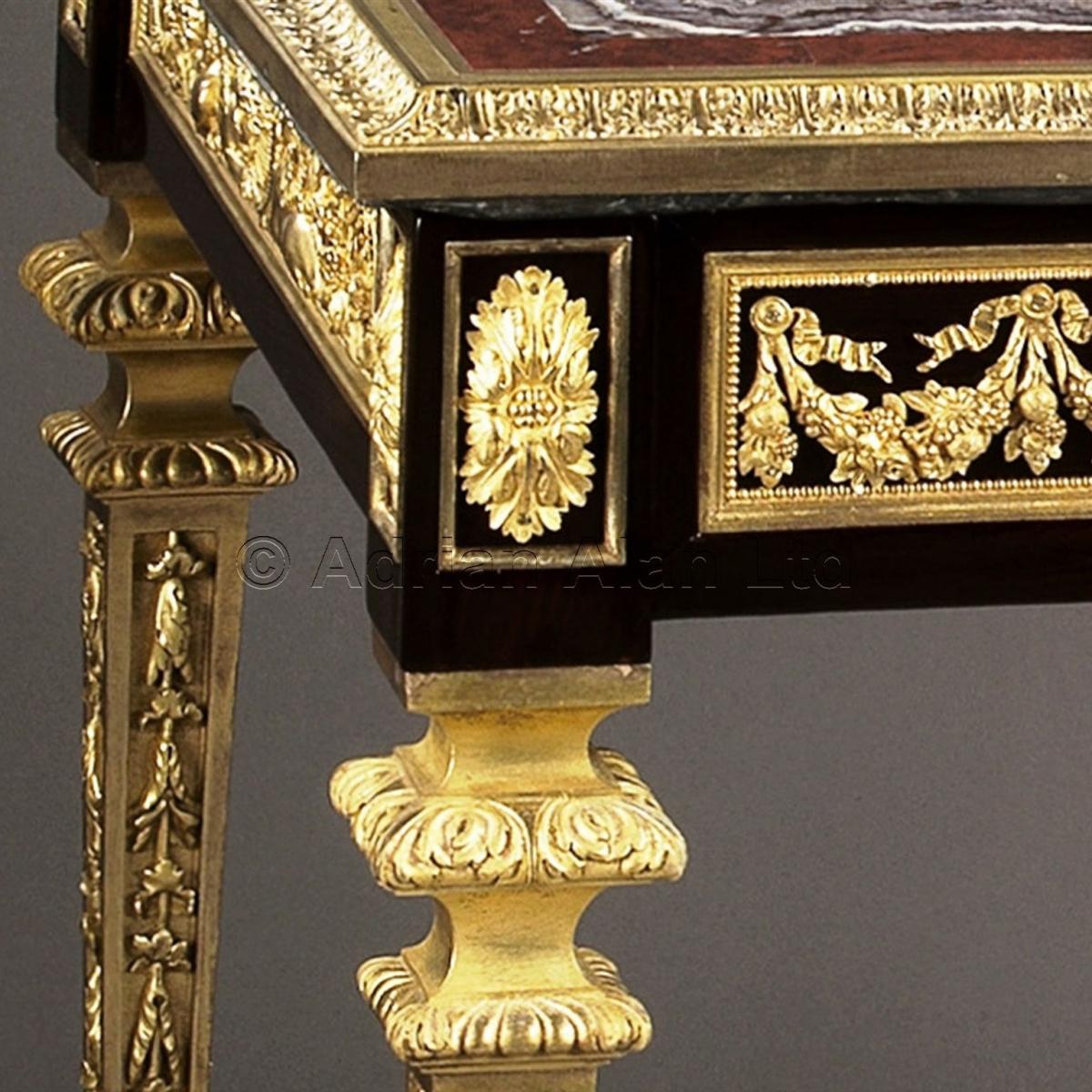 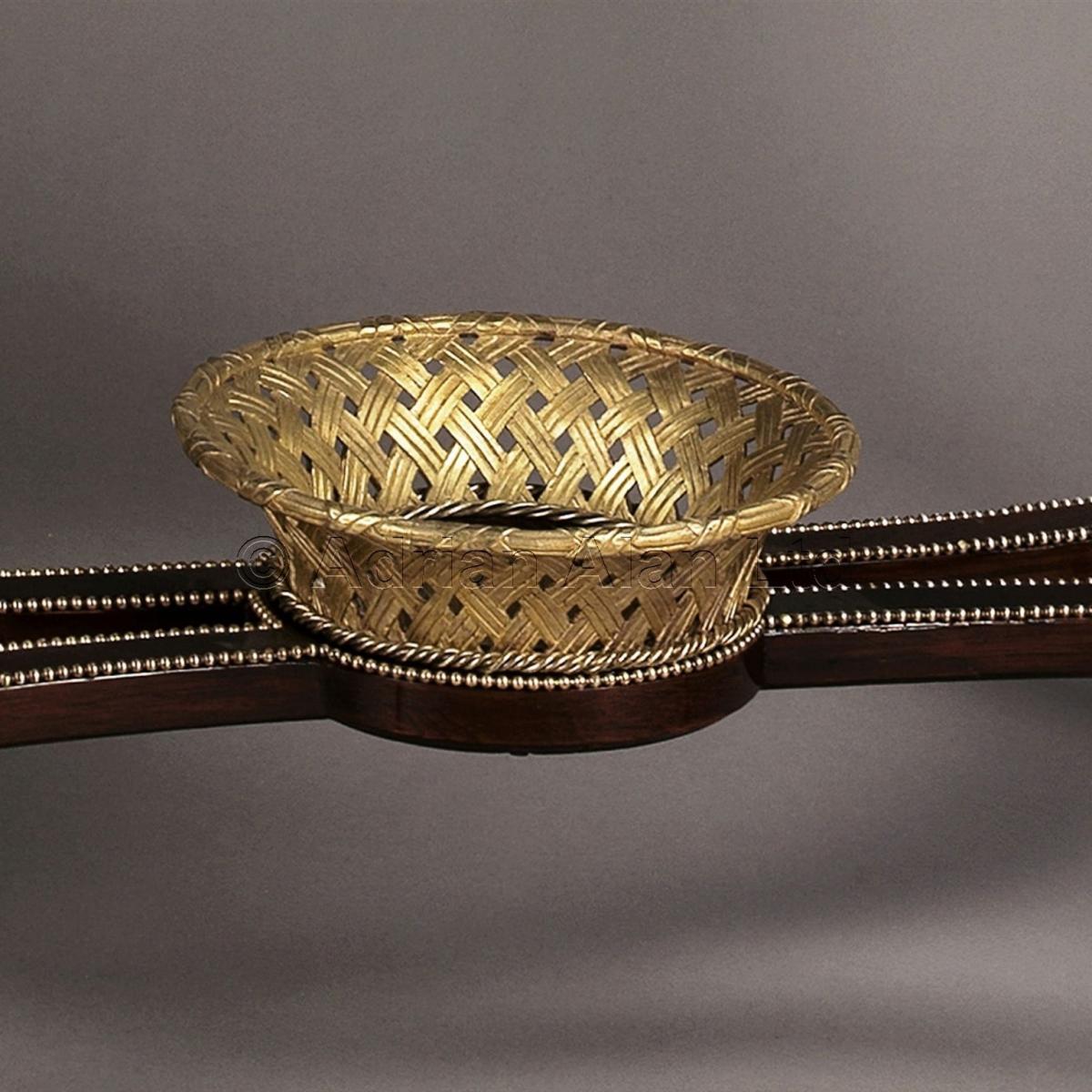 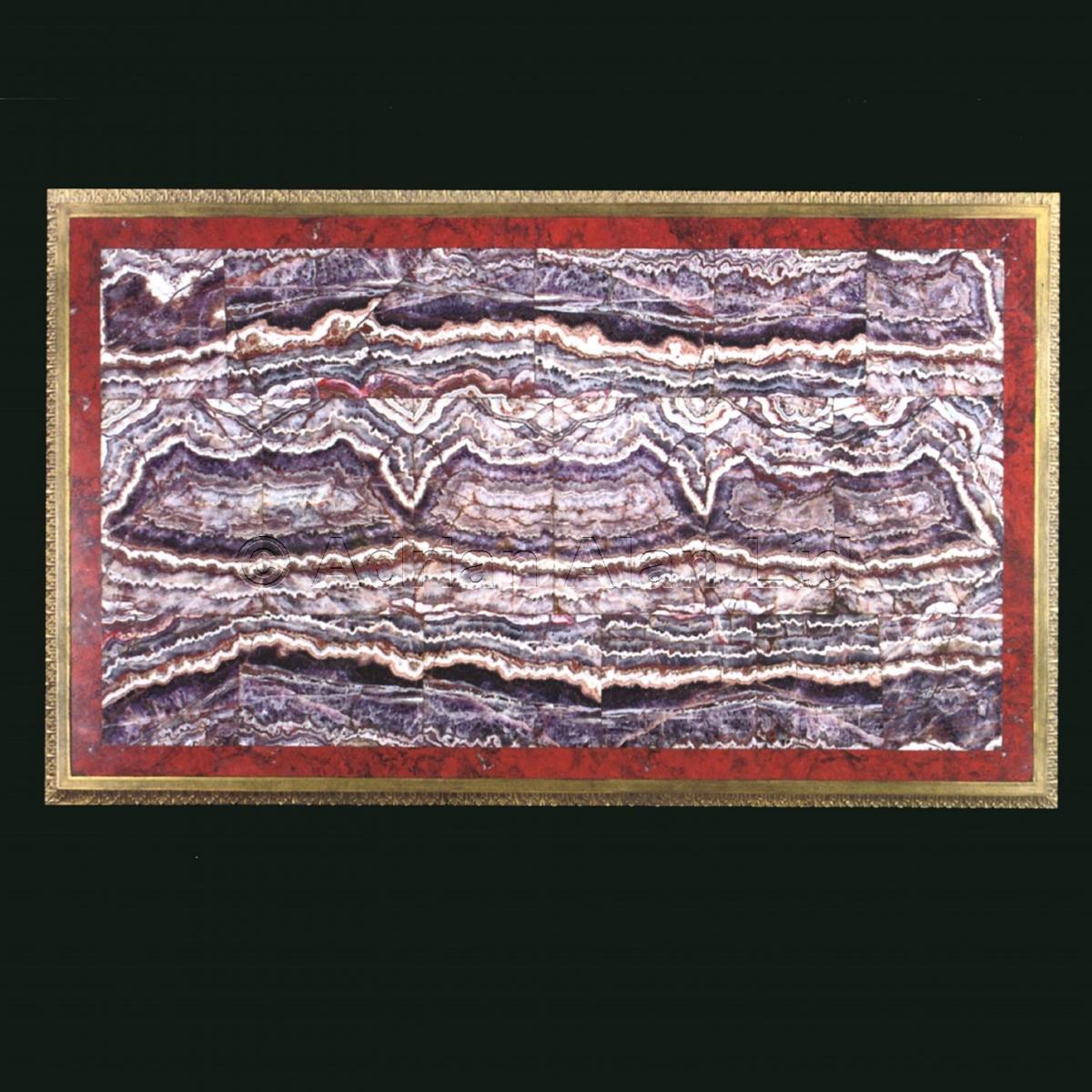 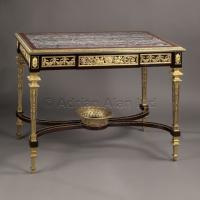 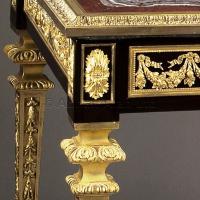 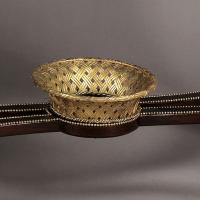 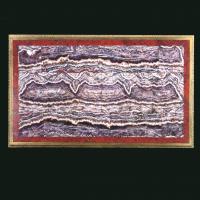 This refined Louis XVI design is based on the famous dressing table by the cabinetmaker Adam Weisweiler and delivered by the marchand-mercier Daguerre for Marie Antoinette’s cabinet intérieur at the Château de Saint-Cloud. Queen Marie Antoinette purchased the château de Saint-Cloud from the Duc d'Orléans in 1785 and commissioned Daguerre to provide many of the furnishings.

Adam Weisweiler (1744-1820), was a pre-eminent cabinet maker working in Paris from 1777 onwards, the year he was married. He became a maître-ébéniste in 1778, and set up his workshop on the rue du Faubourg Saint-Antoine, and worked mainly for the marchands merciers. These middlemen, such as Dominique Daguerre, would then sell Weisweiler's works to members of the French court, including Queen Marie-Antoinette, the king of Naples, and England's Prince Regent (later George IV).