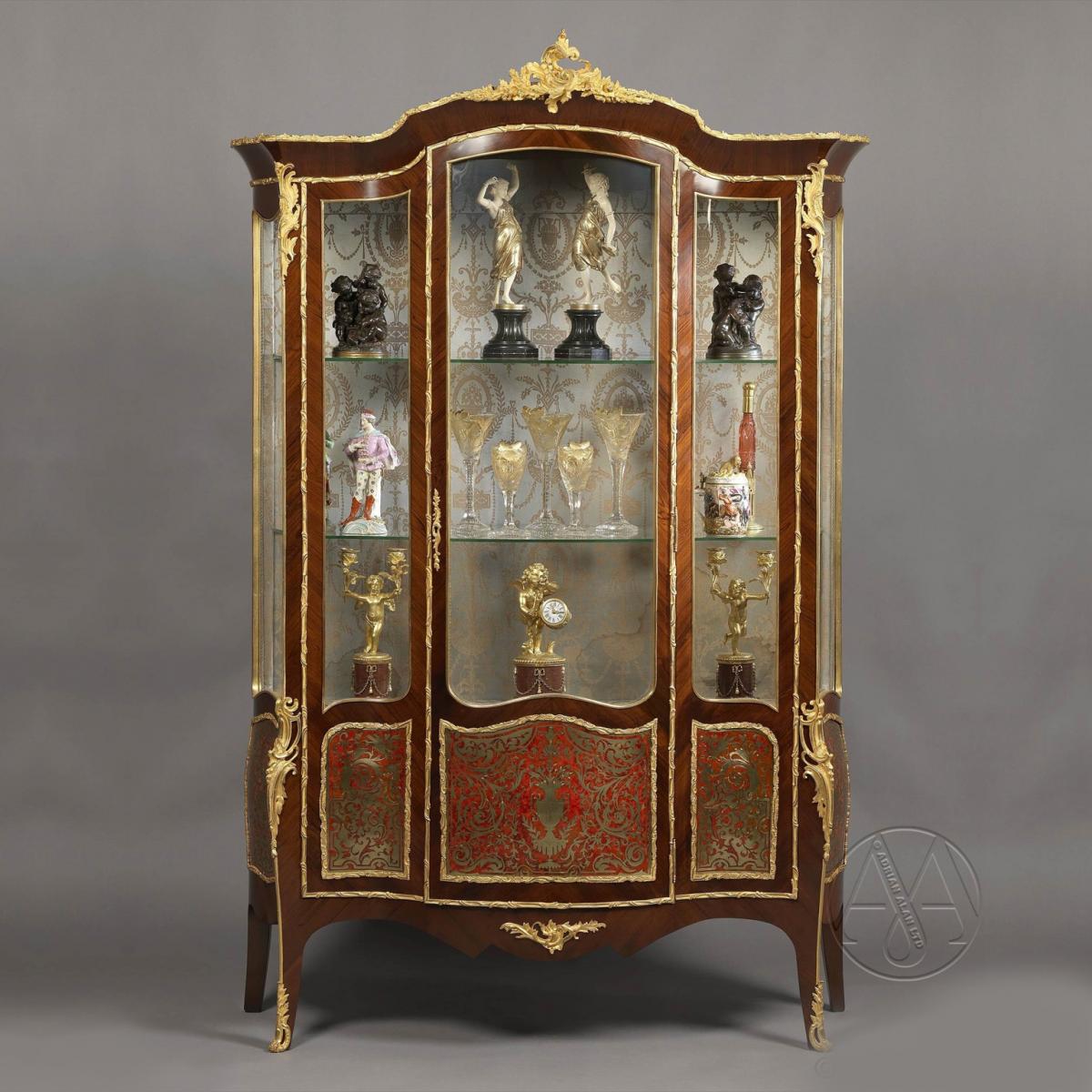 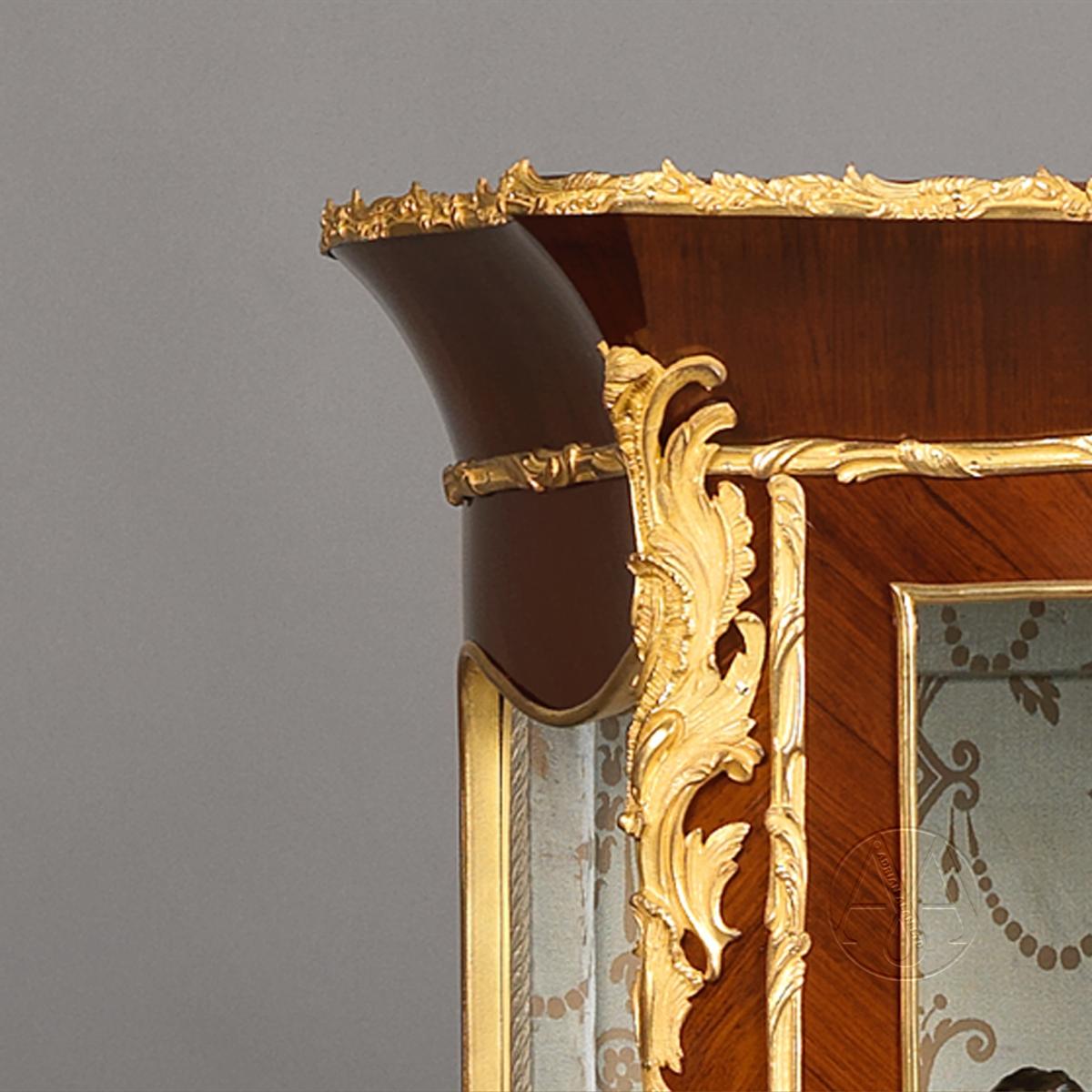 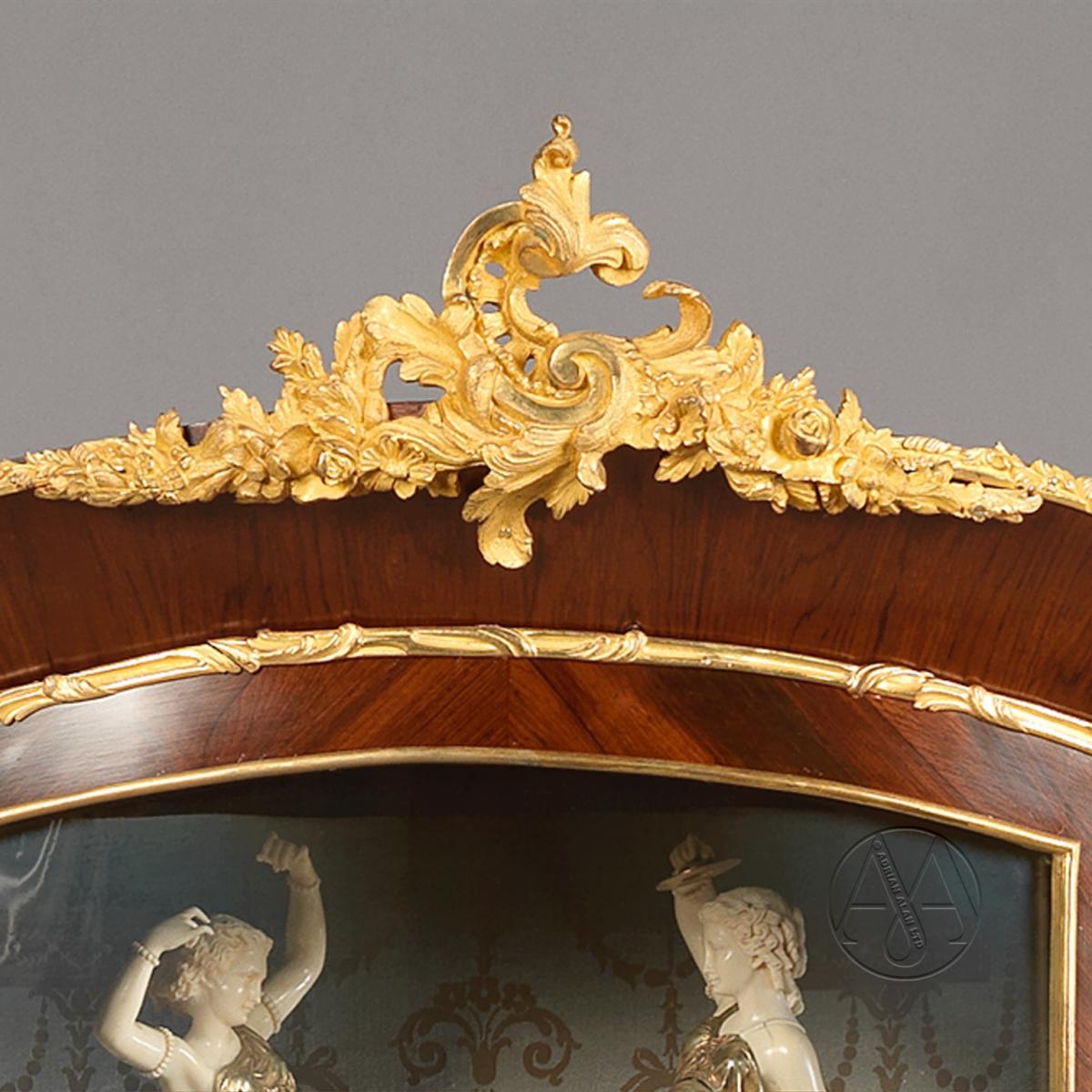 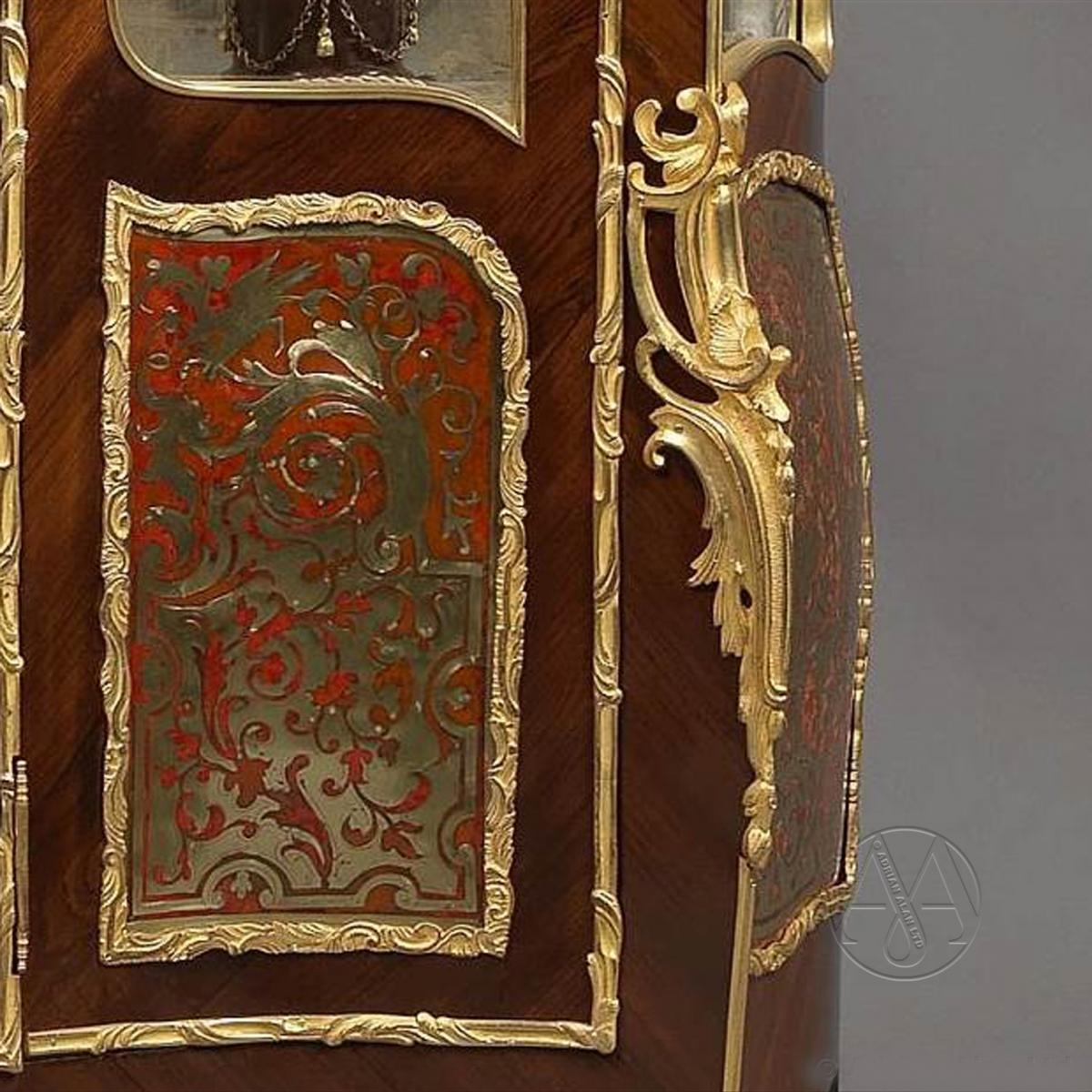 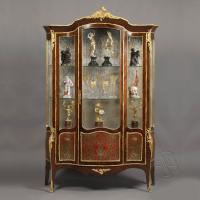 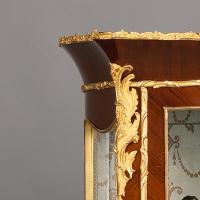 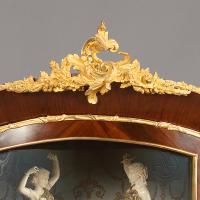 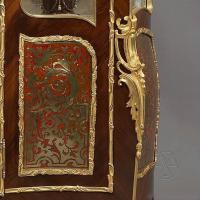 The sides of the vitrine are fitted with corresponding curved glass and boulle marquetry panels above a shaped apron and slender legs terminating in gilt-bronze foliate mounts.

Appointed 'Ebéniste, Ciseleur, Doreur et Sculpteur du Roi' in 1672, is among the greatest ébénistes of all time. His fame was such that his name has become synonymous with a whole generic furniture type.

In the first decades of the eighteenth century, while still exploiting the common practice of contrasting black ebony against the gold of gilded bronze and brass, silver-toned pewter and often red-coloured tortoiseshell in marquetry, Boulle introduced light, playful designs enlivened with small-scale, lacy designs of playful singeries, garlands of flowers and airy architectural fantasies. First popularised as a technique in his work for the French Court during the reign of Louis XIV, the style has since been associated with the most opulent and expensive designs.