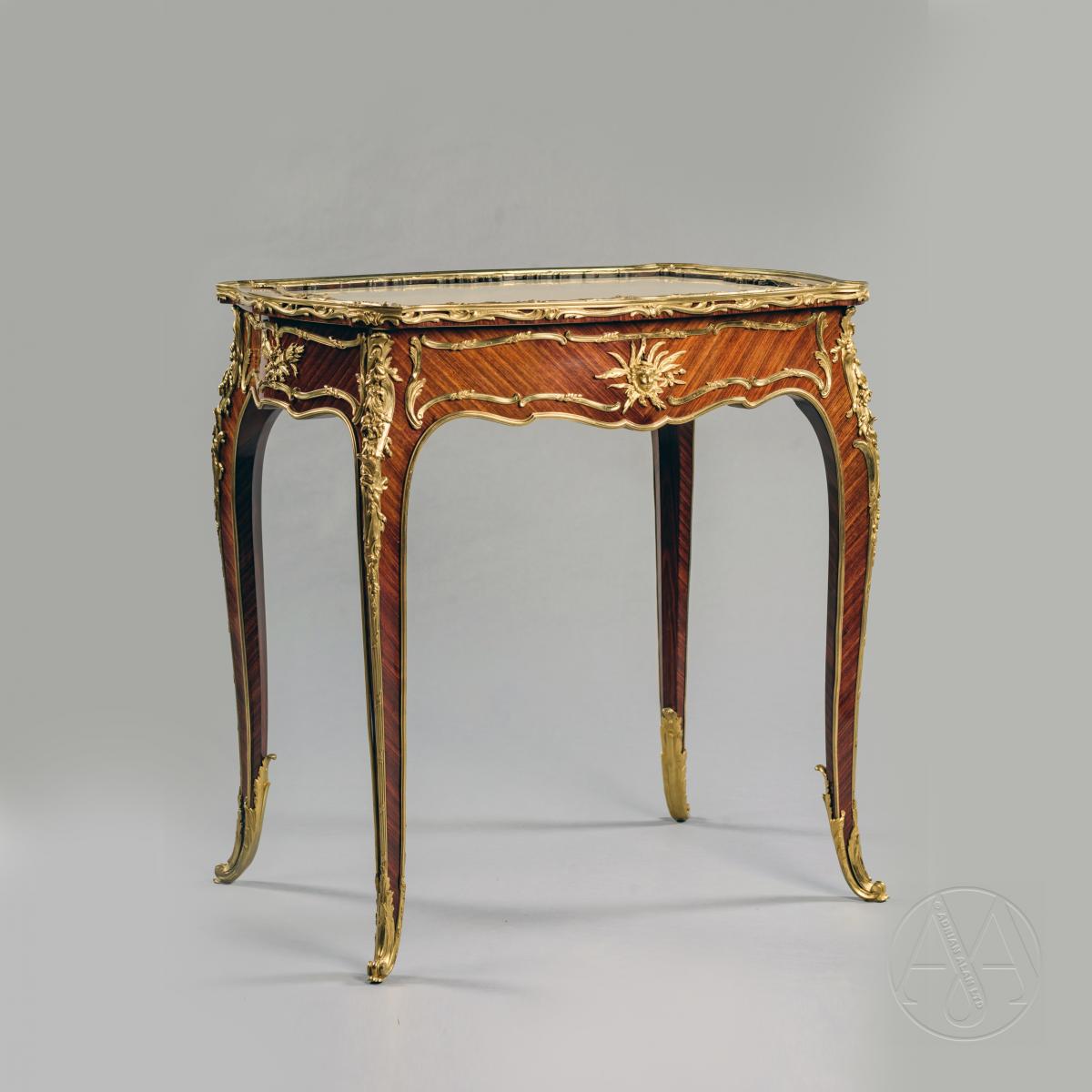 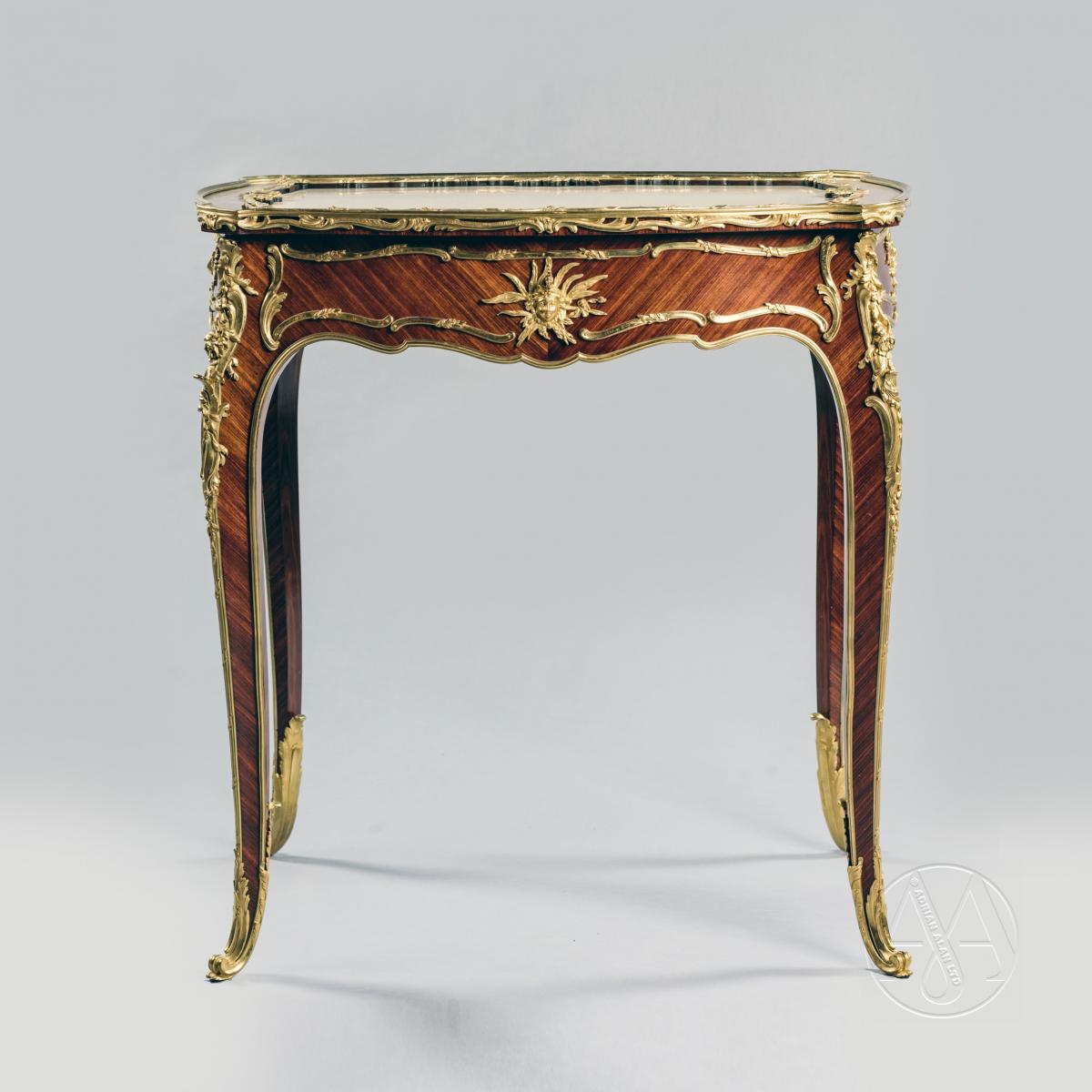 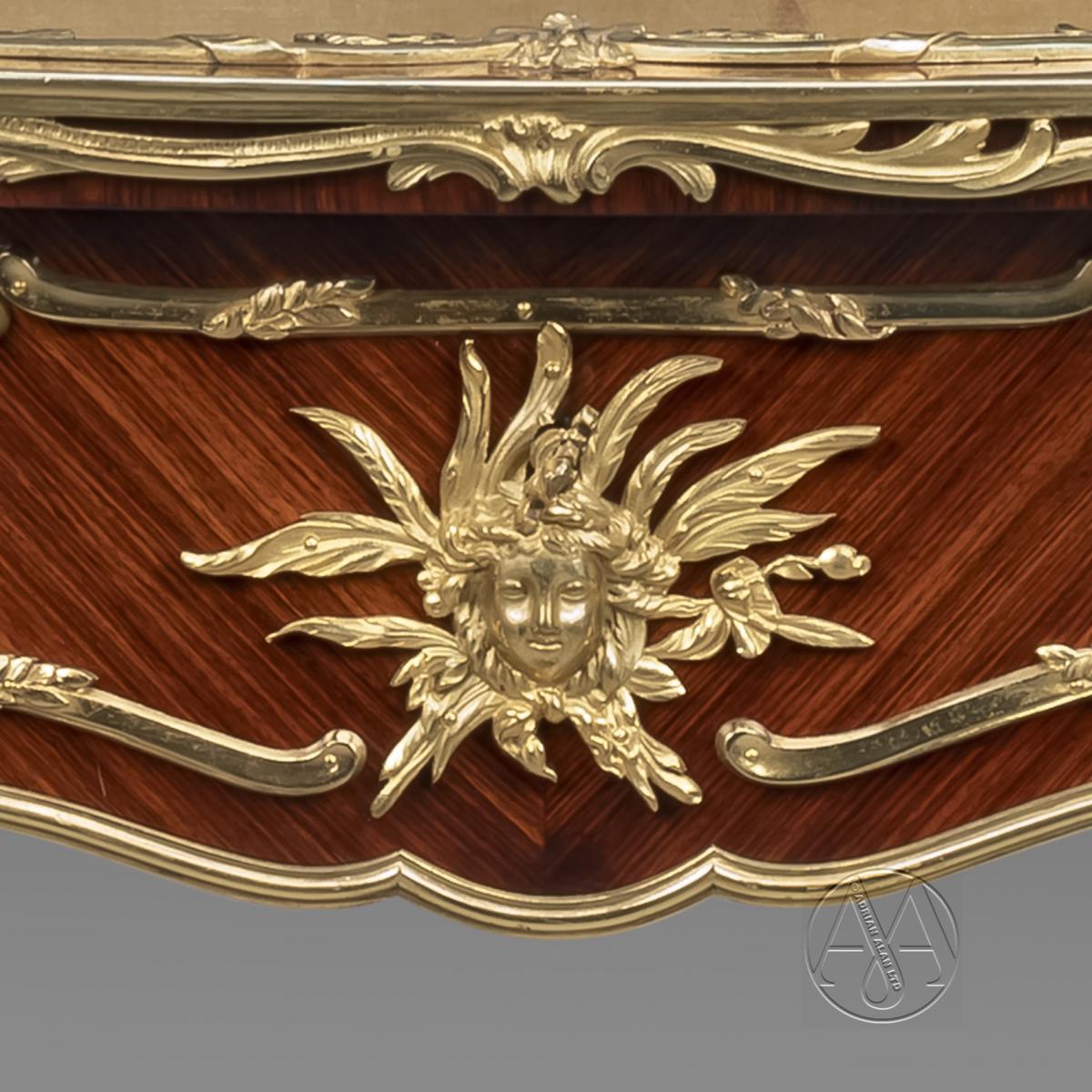 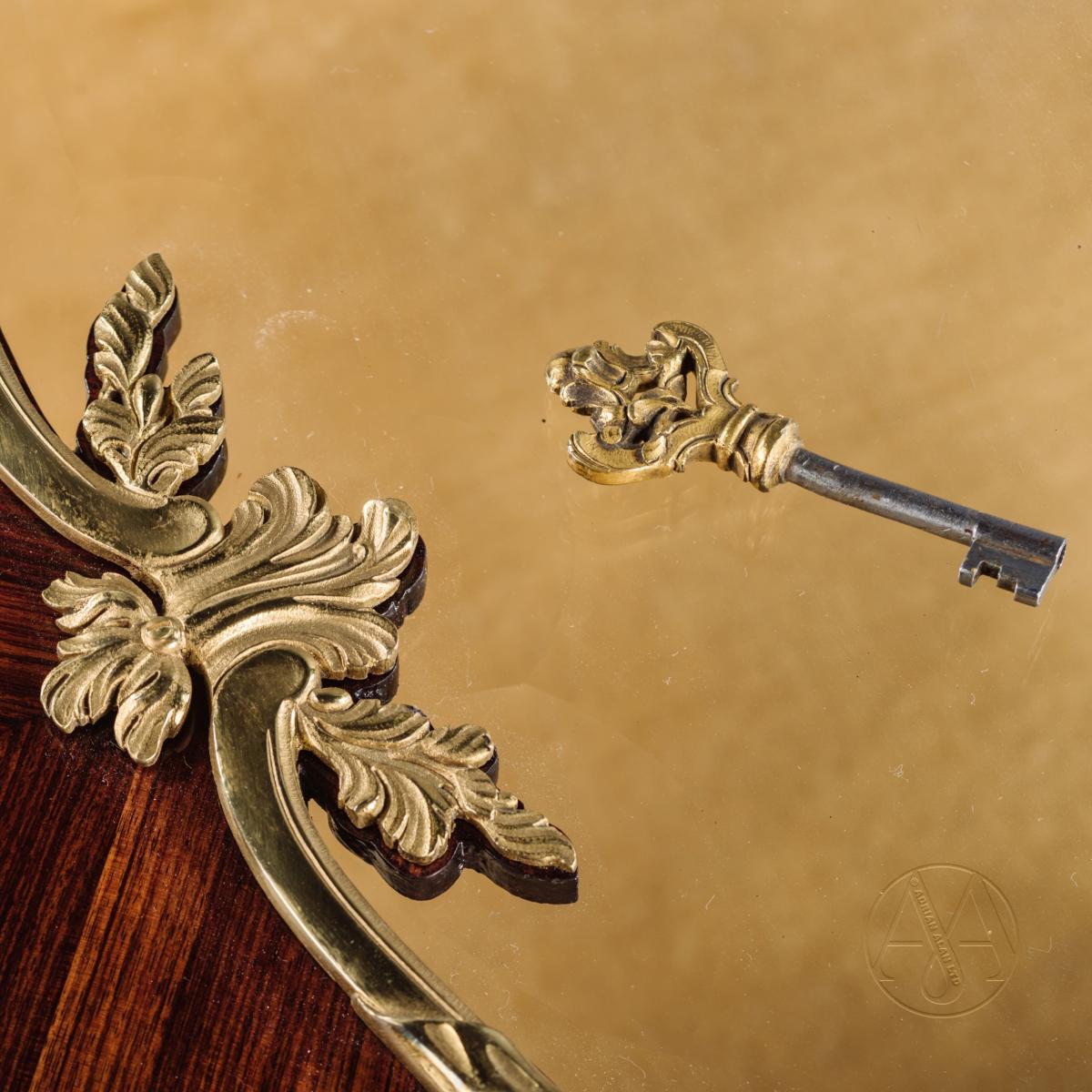 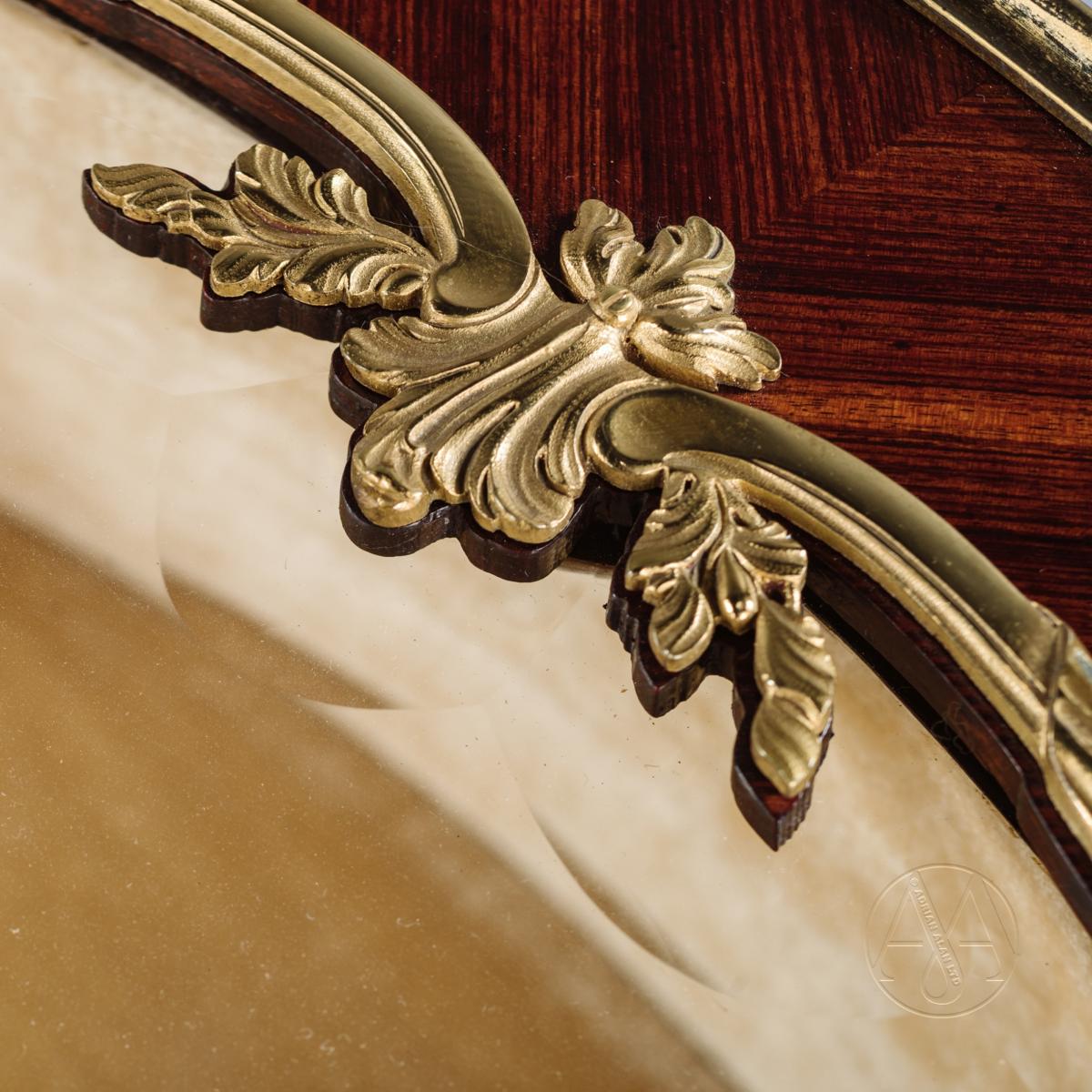 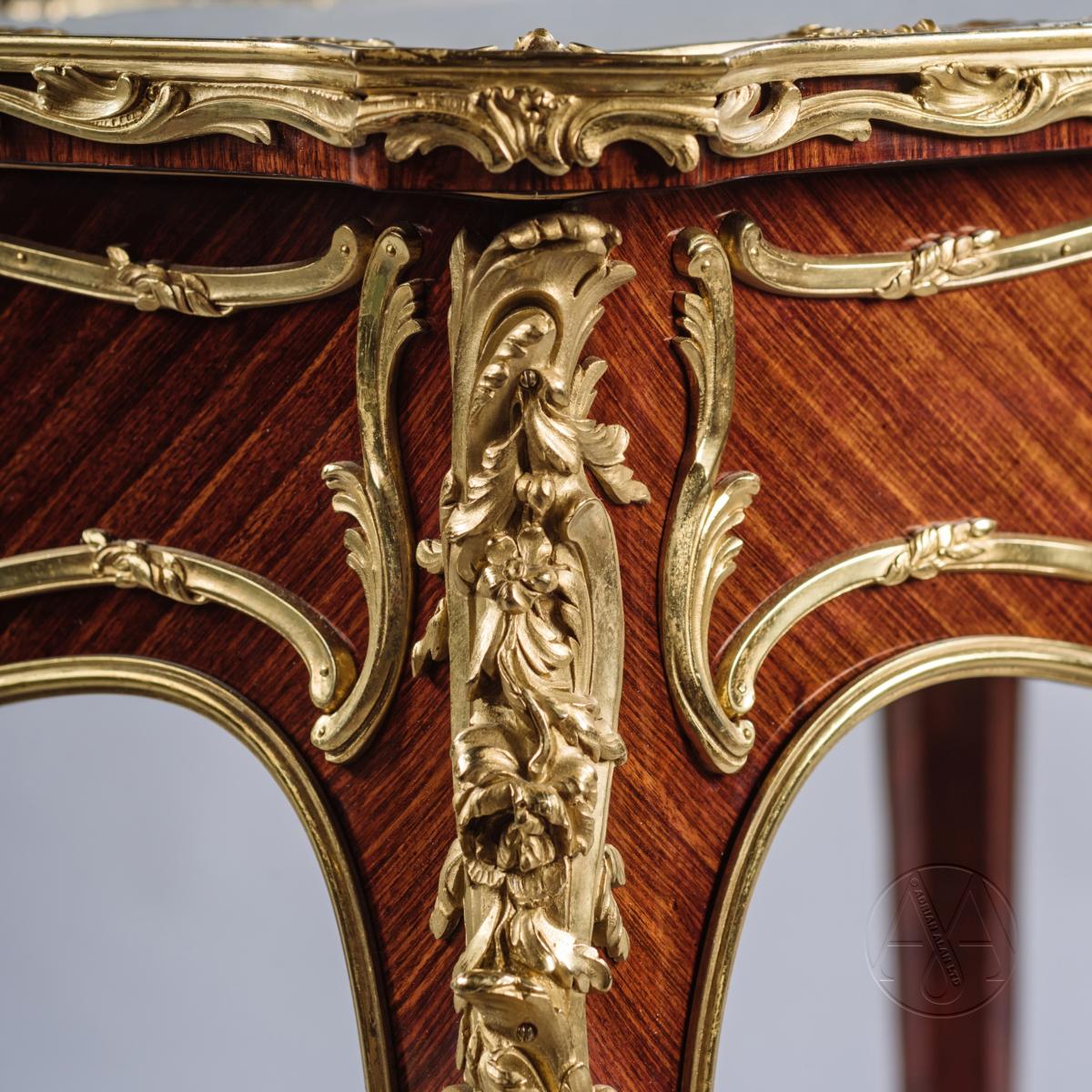 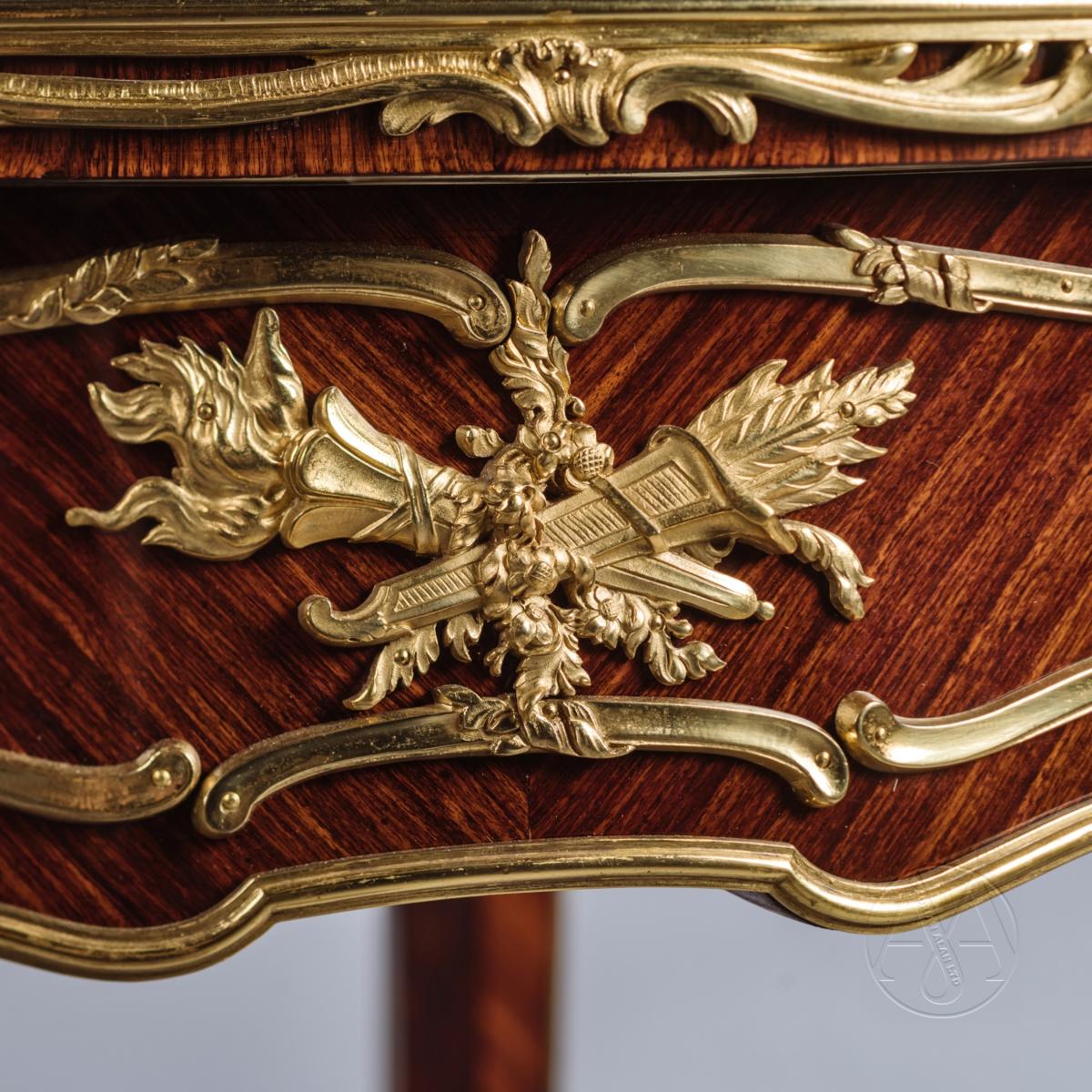 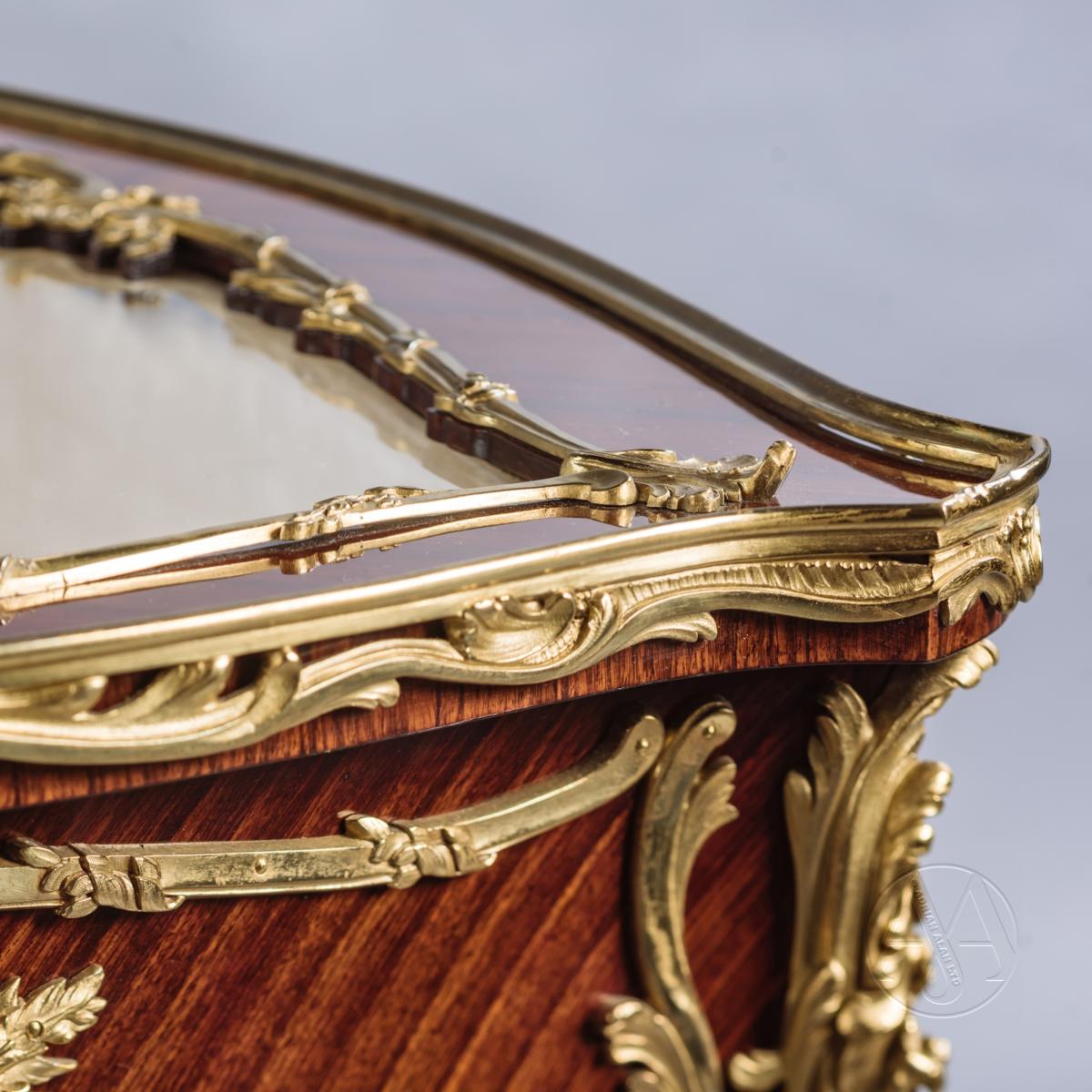 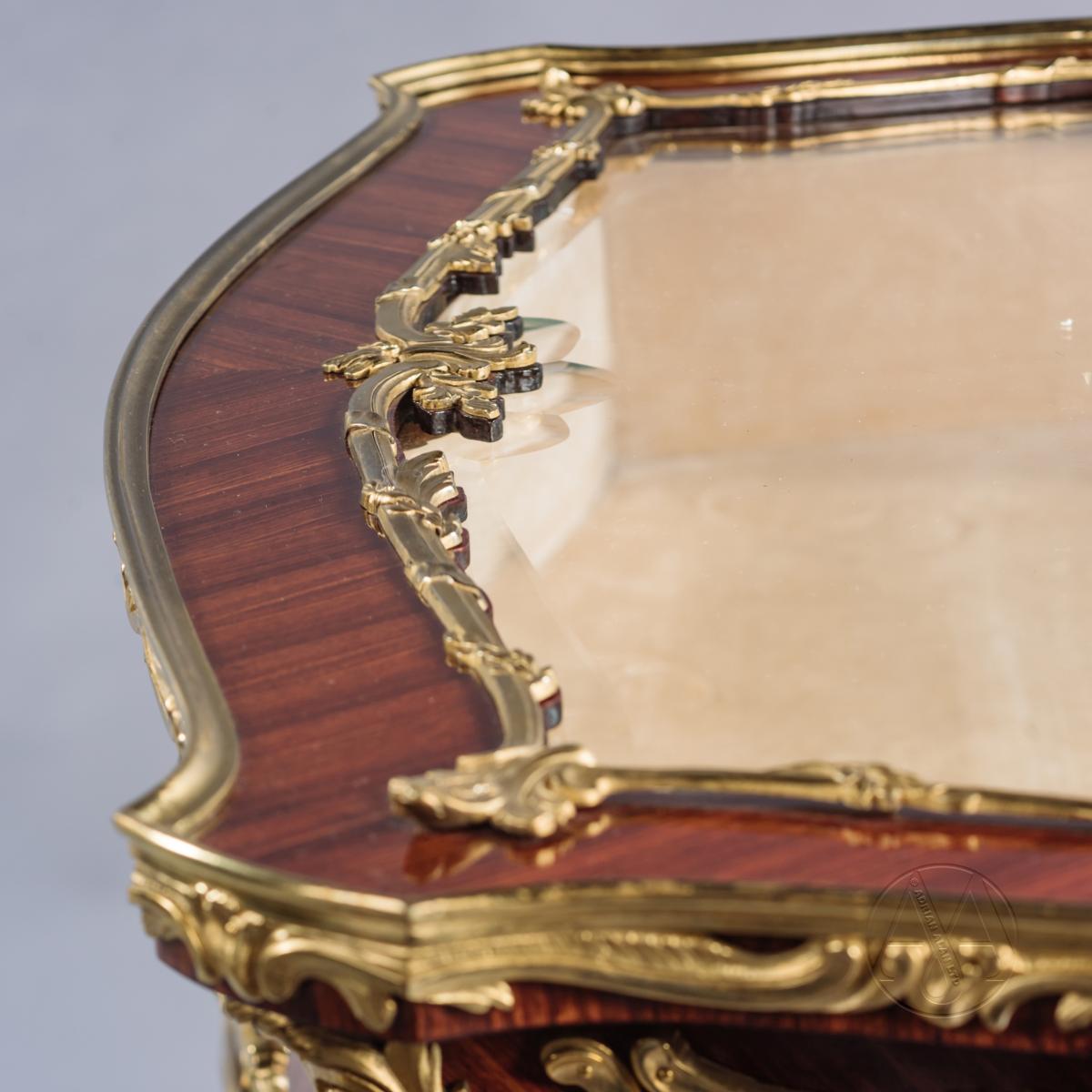 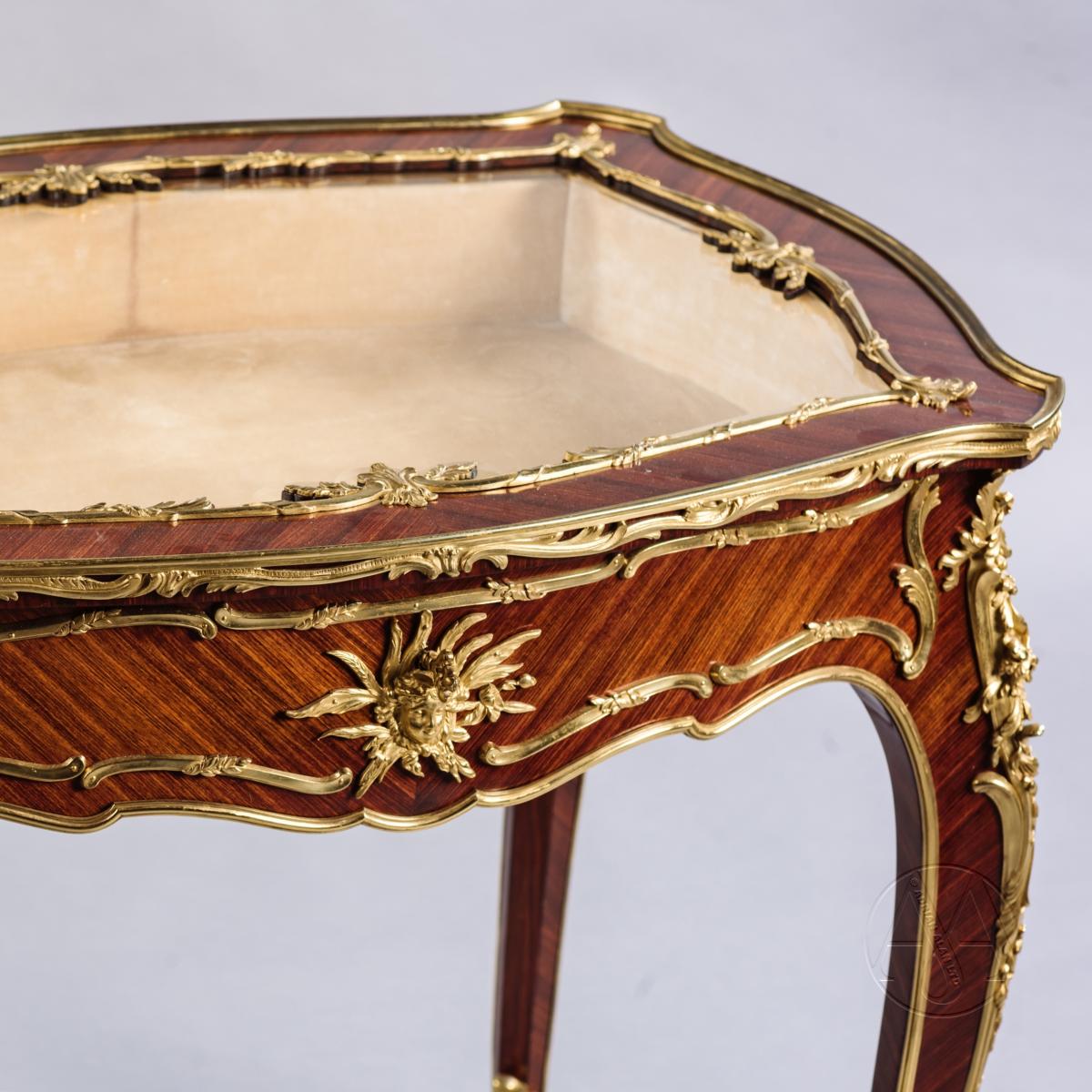 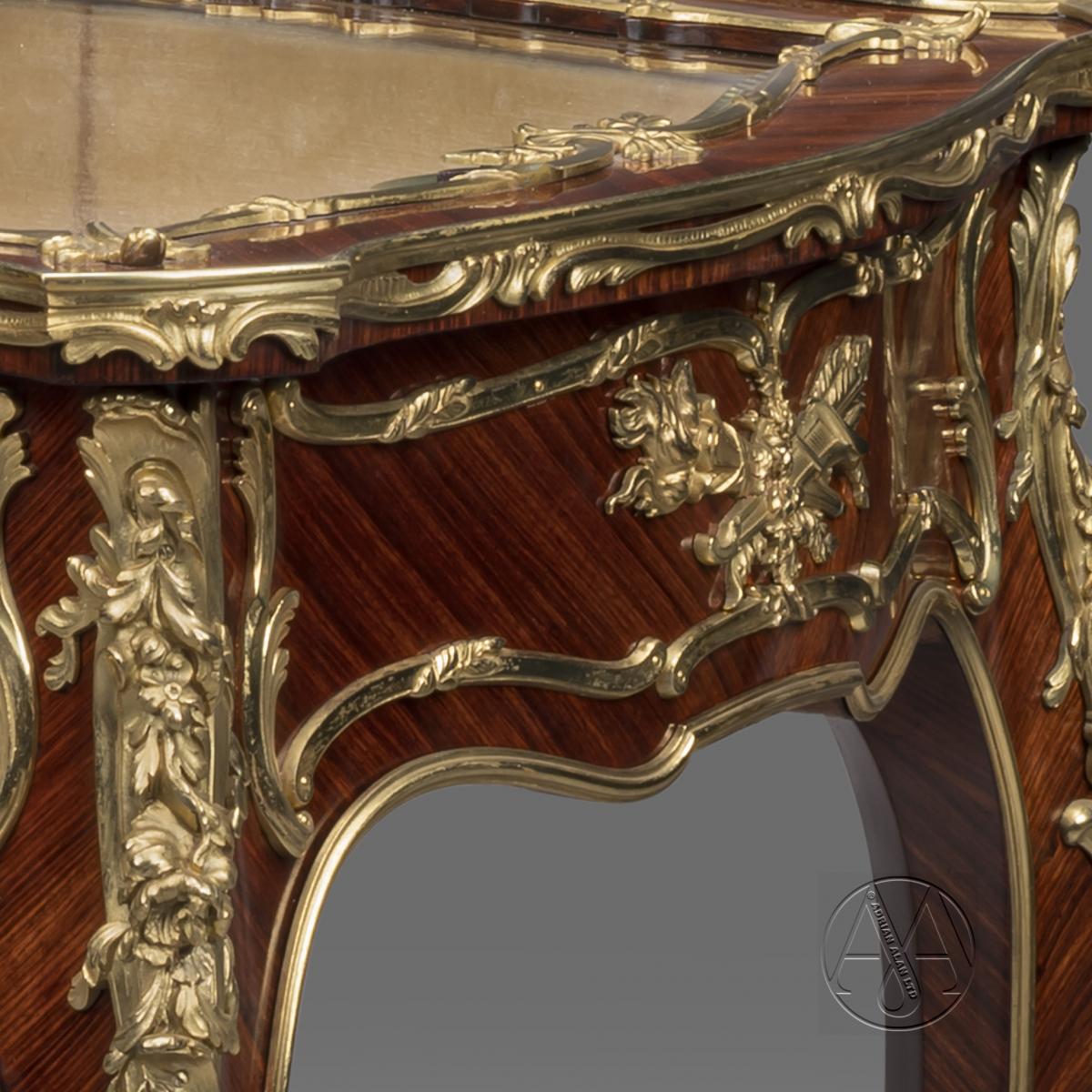 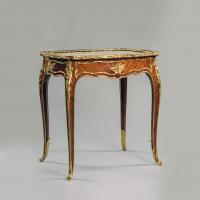 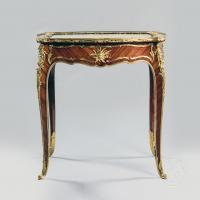 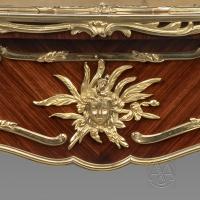 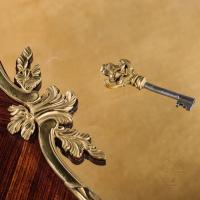 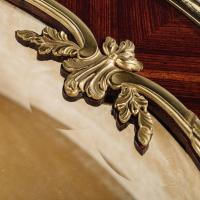 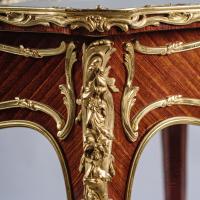 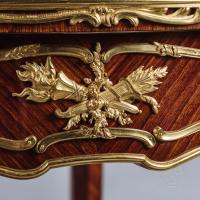 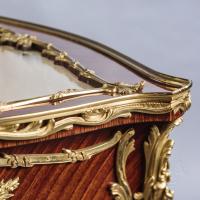 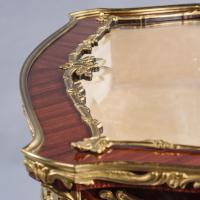 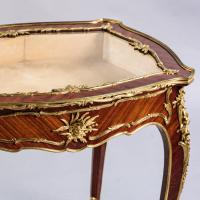 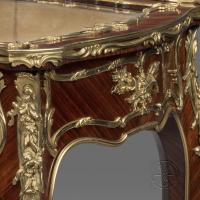 This elegant table vitrine has a glazed hinged top opening to a silk lined interior, the frieze centred by a mask escutcheon, on delicate cabriole legs headed by foliate cast gilt-bronze clasps and terminating in scrolling sabots.

Linke produced this elegant vitrine table in two sizes between 1890 and 1919. The mask escutcheon, symbolic of autumn, can be related to Messagé’s mounts for a gaine designed for Linke’s gold-medal winning stand at the 1900 Exposition Universelle.  Other examples of this vitrine table are known  with Messagé’s distinctive shell mount to the frieze.

One of Linke's favourite designs, he re-envisioned the table as a jardinière in water-colour drawing for an anonymous client, though no record exists if the piece was ever executed.  The drawing of the jardiniere is illustrated in C. Payne, 'François Linke 1855-1946, The Belle Epoque of French Furniture', p.441, pl. 519.

The formation of Linke's distinctive style was made possible by his collaboration with the sculptor Léon Messagé.

Together Linke and Messagé designed furniture for Linke's 1900 exhibition stand, with  exuberant allegorical figures cast in high relief, that exemplified Linke's ability to seamlessly merge the different mediums of wood carving, bronze and marquetry into a dynamic unified whole.