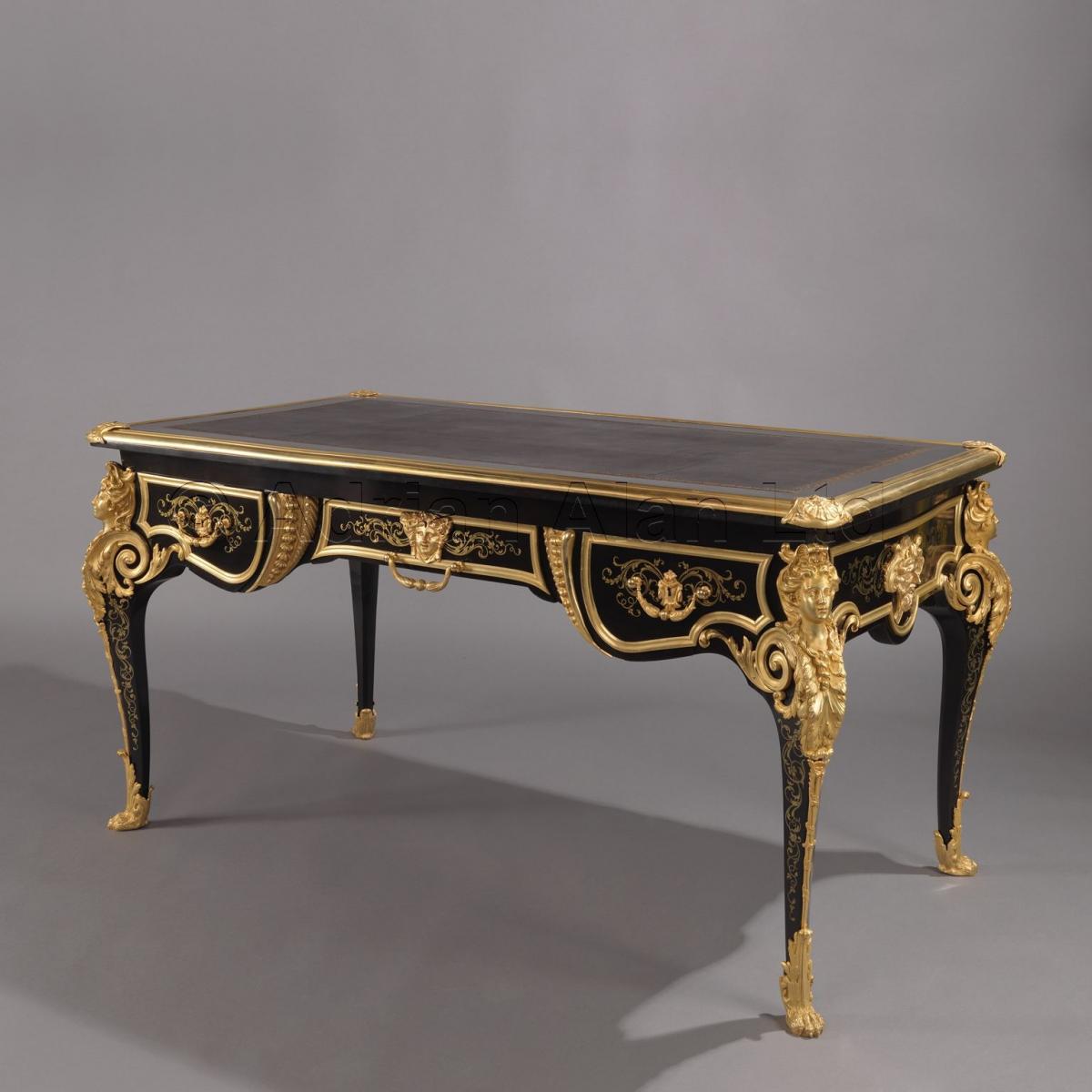 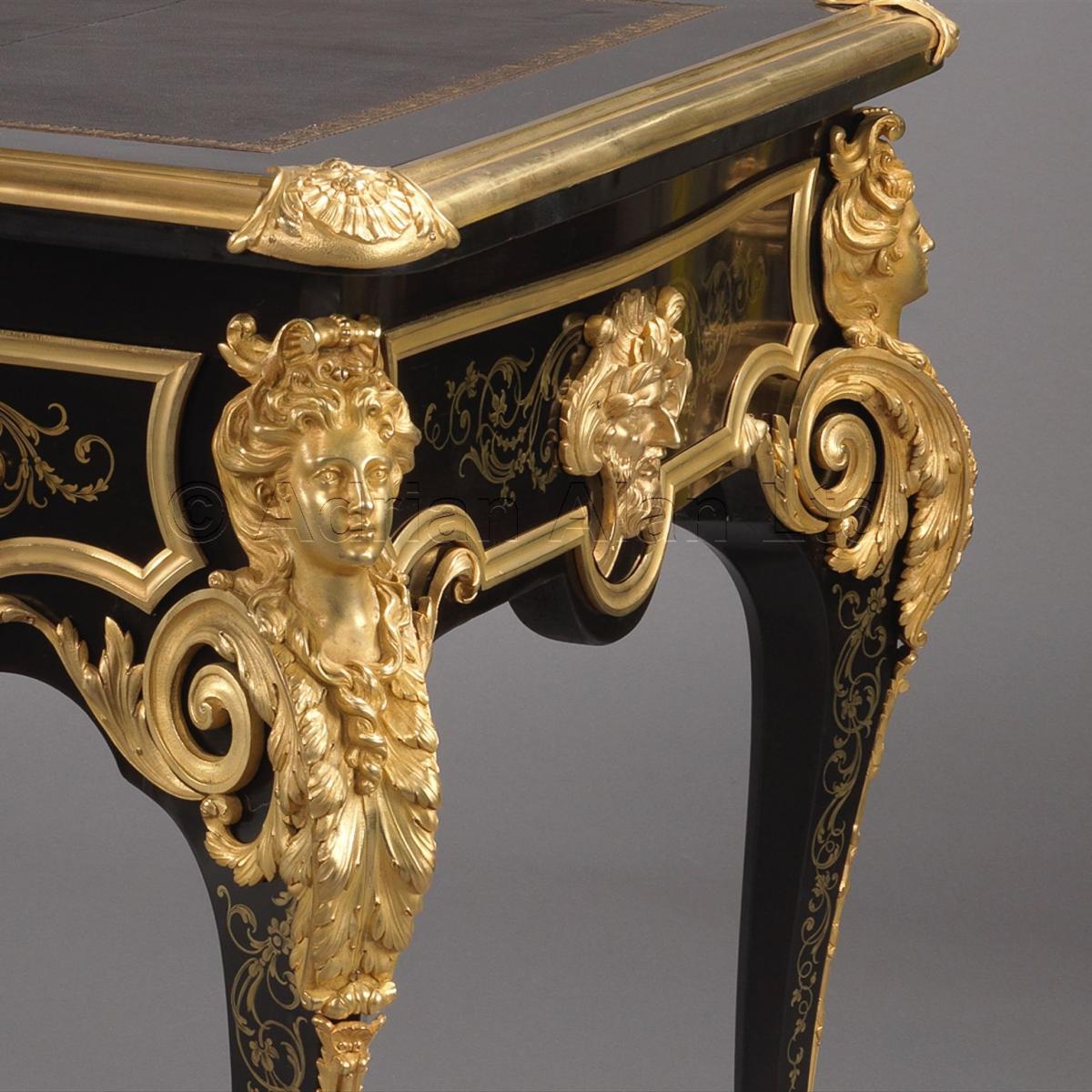 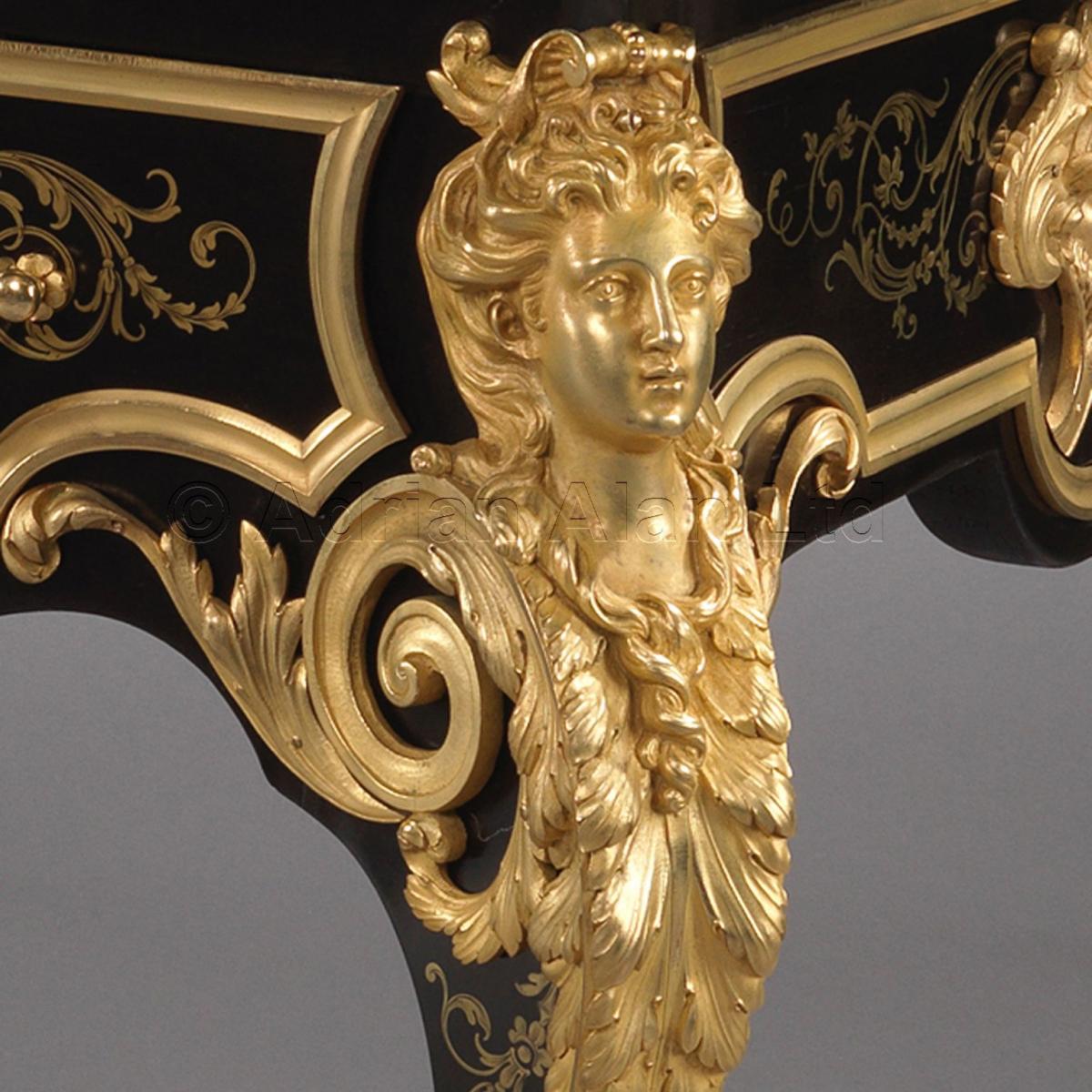 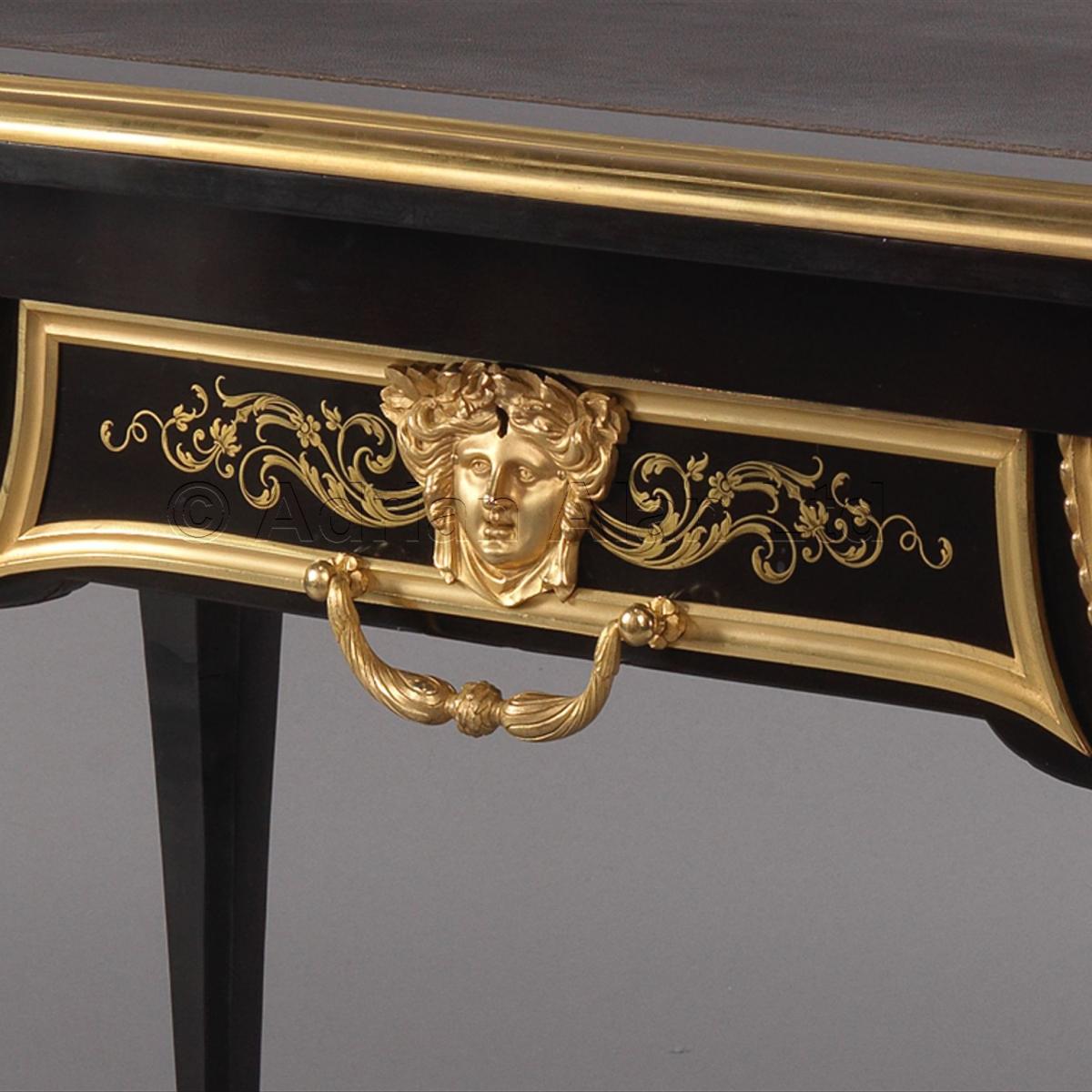 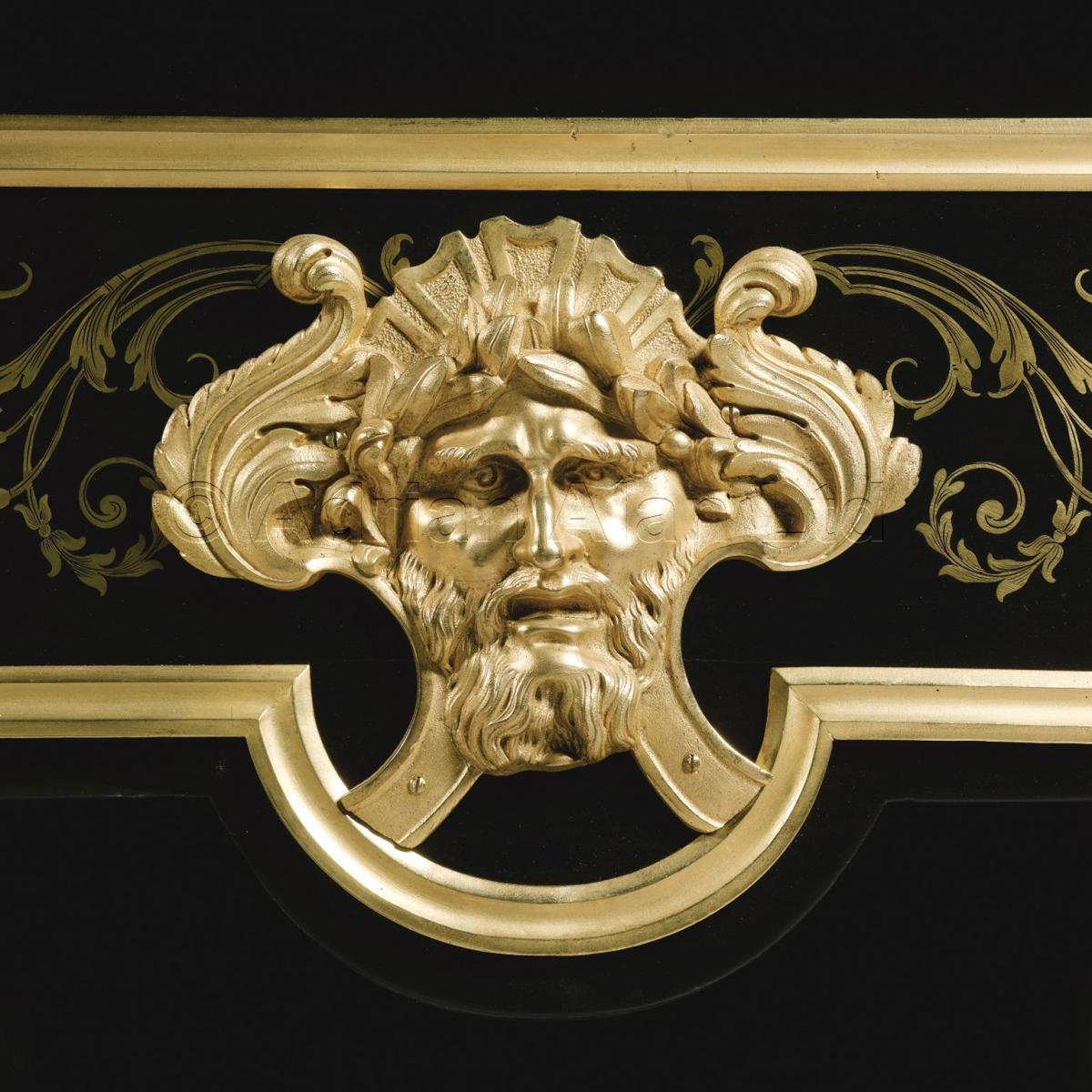 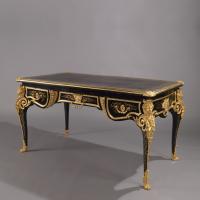 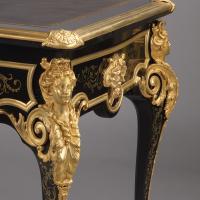 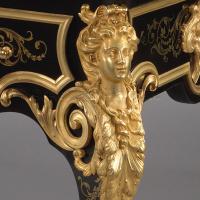 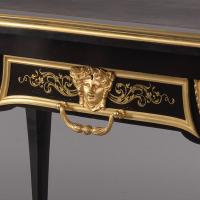 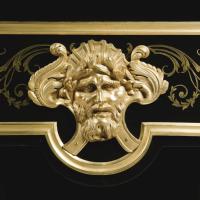 The design is inspired by 18th century examples by the master ébéniste André-Charles Boulle, such as the Bureau du président de Machault, and the Bureau des princes de Condé at Versailles. The bureau is inlaid with brass arabesque and has finely modelled gilt-bronze masks depicting Poseidon to the sides and exceptional female masks heading the legs.   The top has a tooled leather writing surface.

Mathieu Befort, (Befort Jeune), (1813-1880) is recorded as having worked in Paris at 1 rue Neuve-Saint-Gilles from 1836 to 1866 and later moving to No.6, residing there until 1880.  He descended from a family of renowned ébénistes and was the son of Jean-Baptiste Befort, called Befort Père.   Father and son are noted for their interpretations of furniture by André Charles Boulle and the creation of vernis matin and porcelain mounted furniture often in the manner of Riesener.  He was a brother of Bernard Befort, ebeniste-marqueteur and 'antiquaire' and like him, specialised in 'Meubles de Boulle'. The firm received a medal at the 1844 Exposition de l'Industrie Française.

The firm of Befort specialized in “furniture in the style of Boulle and in the use of bronze and hardstone” (Ledoux-Lebard, Denise.  Le mobilier français du XIXe siècle, (Paris), 1965; p. 29) and received a medal at the 1844 Exposition des produits de l'industrie française. Befort Jeune was recorded at Neuves-Saint-Gilles from 1844 until 1880.