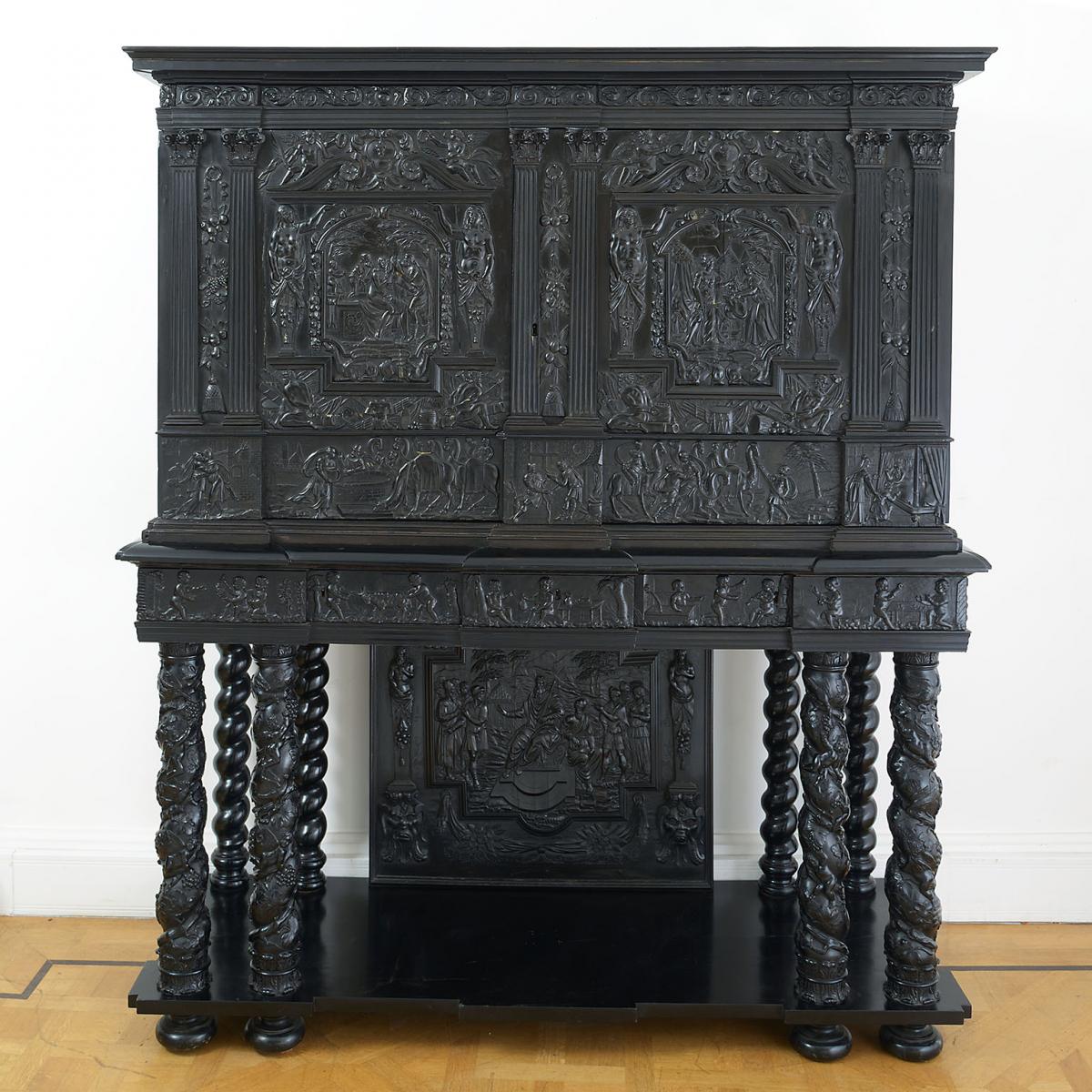 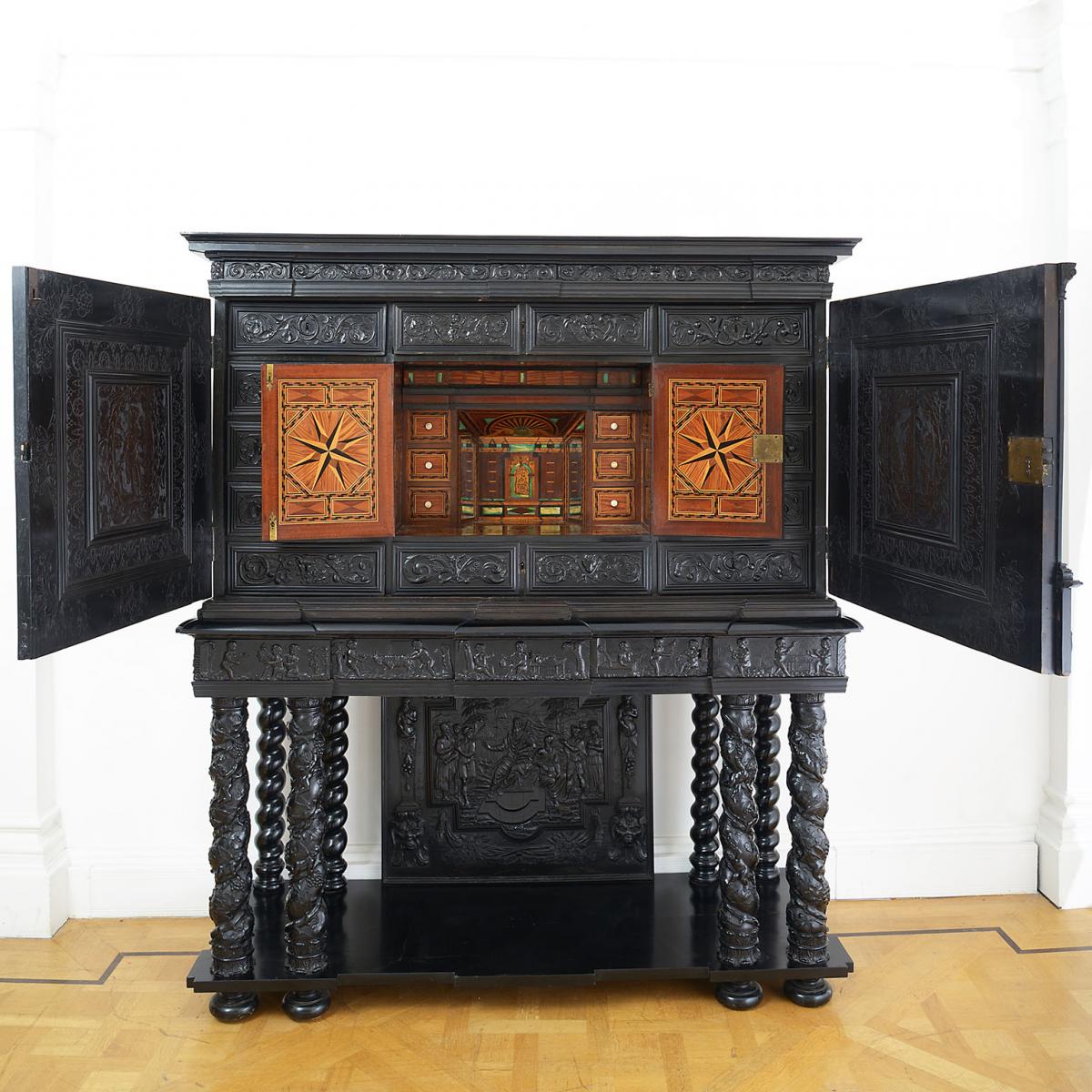 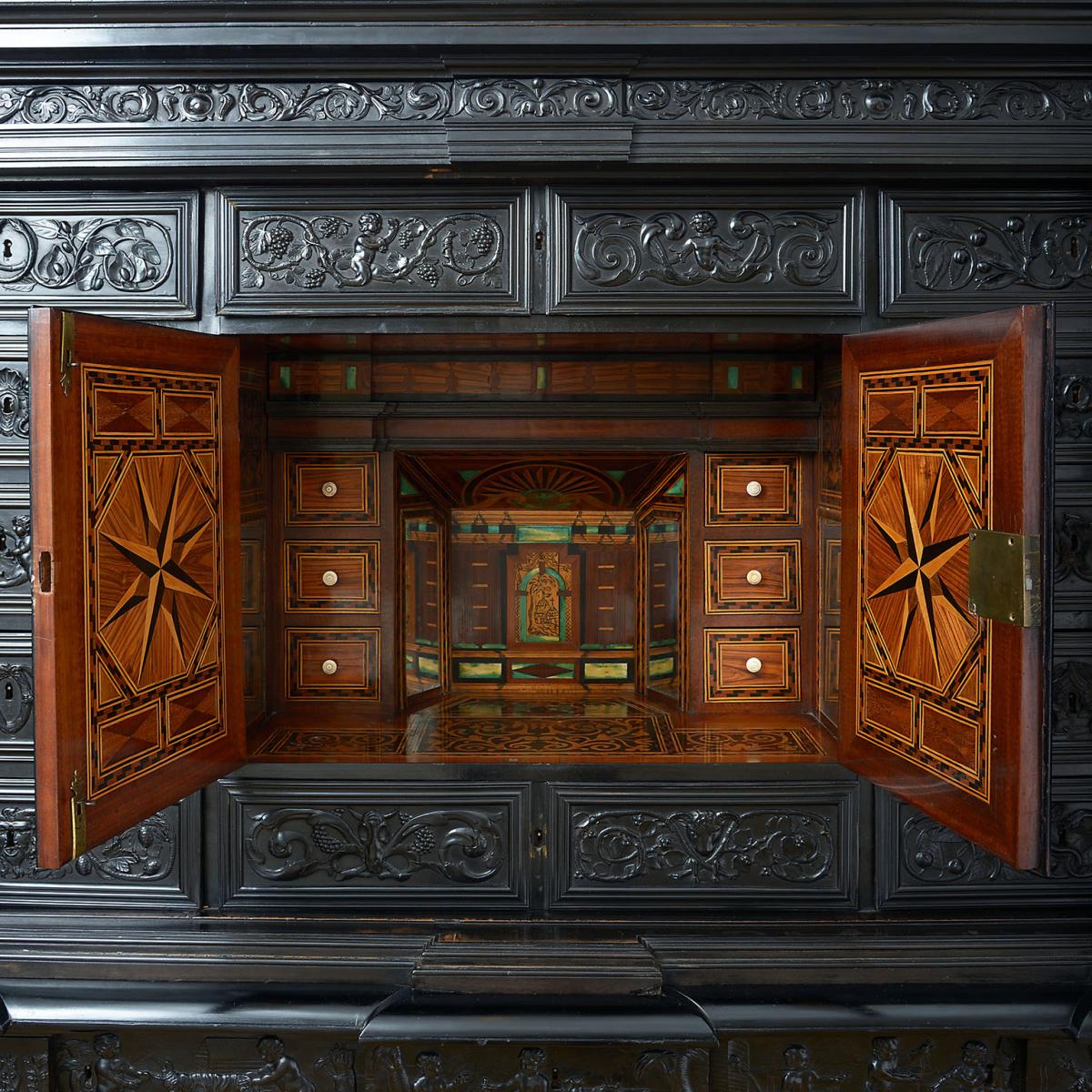 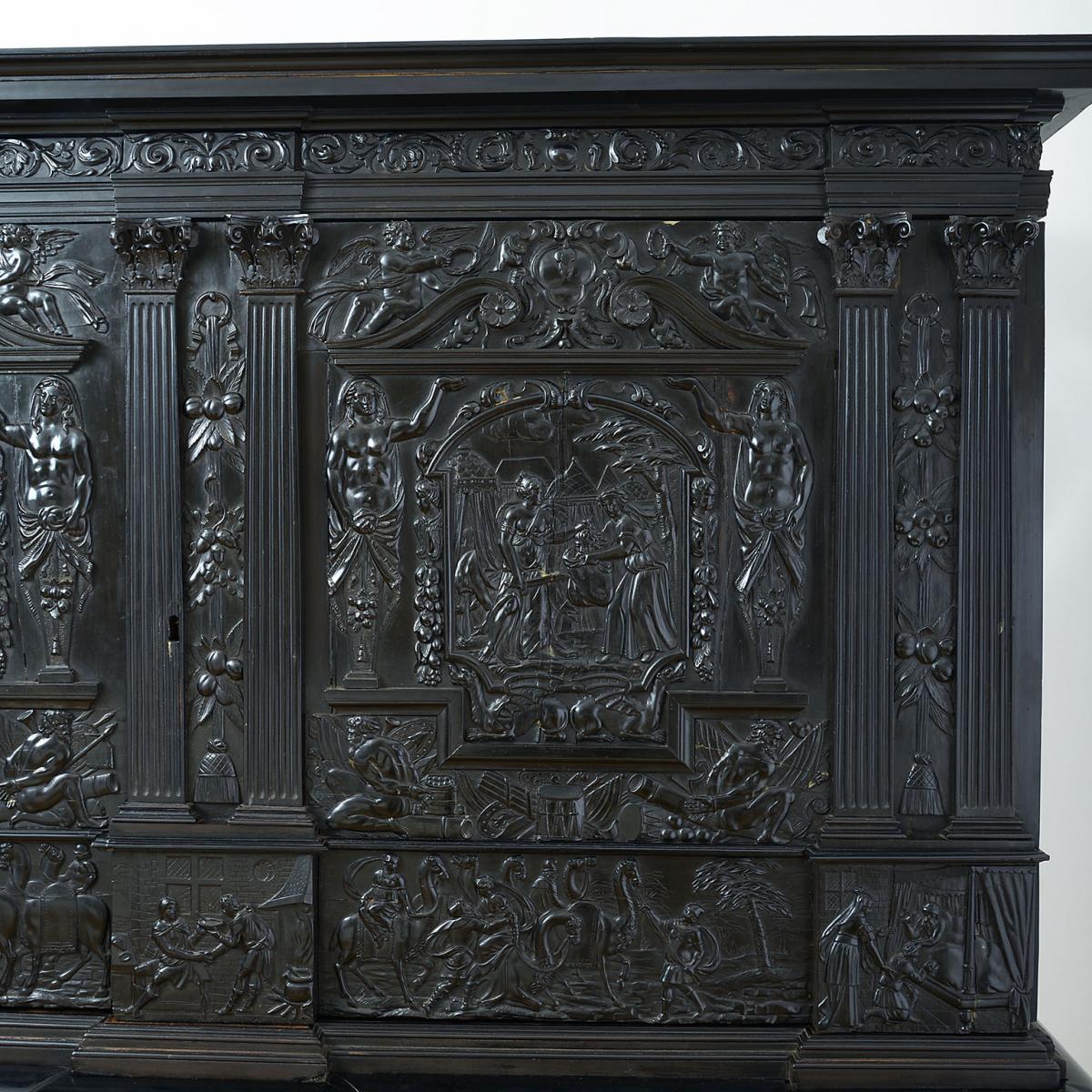 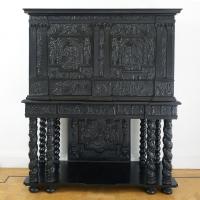 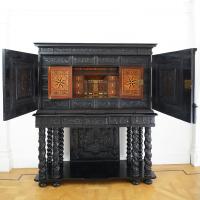 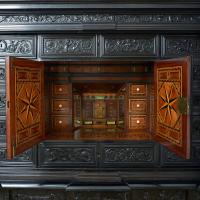 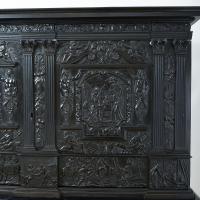 The upper part with a pair of doors centred by panels depicting Susannah and the Elders and Judith with the head of Holofernes, within cartouches framed by caryatids holding a broken pediment and flanked by pairs of Corinthian columns, enclosing twelve drawers and two inner doors carved with figures of Moses and King David opening to a stage-set mirror caisson with sliding niche and further drawers;  the lower frieze with scenes from the life of Jacob, the sides decorated with flower sprays enclosing classical busts. The stand has four Solomonic front supports carved with putti among fruiting vines, the rear having four plain Solomonic flanking  an exquisitely carved panel depicting the Judgement of Moses above a platform base on turned bun feet. This rarely illustrated scene from Exodus 18.13-23 is based on an illustration by the Lyon printmaker Bernard Salomon [1508-1561] for Claude Paradin’s Quadrins historique de la Bible, published in 1553.

Minor restorations to the base, the rear panel of the Judgement of Moses possibly originally at the front and the base panel possibly replaced but all the columns are original. The central moulding probably later.

The present cabinet on stand belongs to a group of ebony cabinets created during the mid-17th century and attributed to Pierre Gole (1620-1684), active in the Faubourg Saint-Germain.  These can normally be chronologically divided into three groups, the first presenting on the doors lozenge panels or cartouches within ripple moulded borders, the second framing the said panels within three pairs of pilasters alternated by two or three niches`with carved figures, the third with an even more markedly architectural frame which helps date the present piece to around 1650-60.

Such cabinets were the perfect vehicle for showcasing tropical timbers such as ebony, rosewood and kingwood; other precious materials such as ivory or tortoiseshell were reserved for the interior.  Oak and poplar carcases would be veneered with ebony, relief carved and engraved, whilst the stand would often be of ebonized pearwood.

A closely related cabinet forms part of the Royal Collection at Windsor Castle.

A similar scene with Judith and the head of Holofernes is found on the lower frieze of a cabinet in the Metropolitan Museum of Art, New York.

Other ebony cabinets in this group with similar architectural and mirrored interiors can be found in: