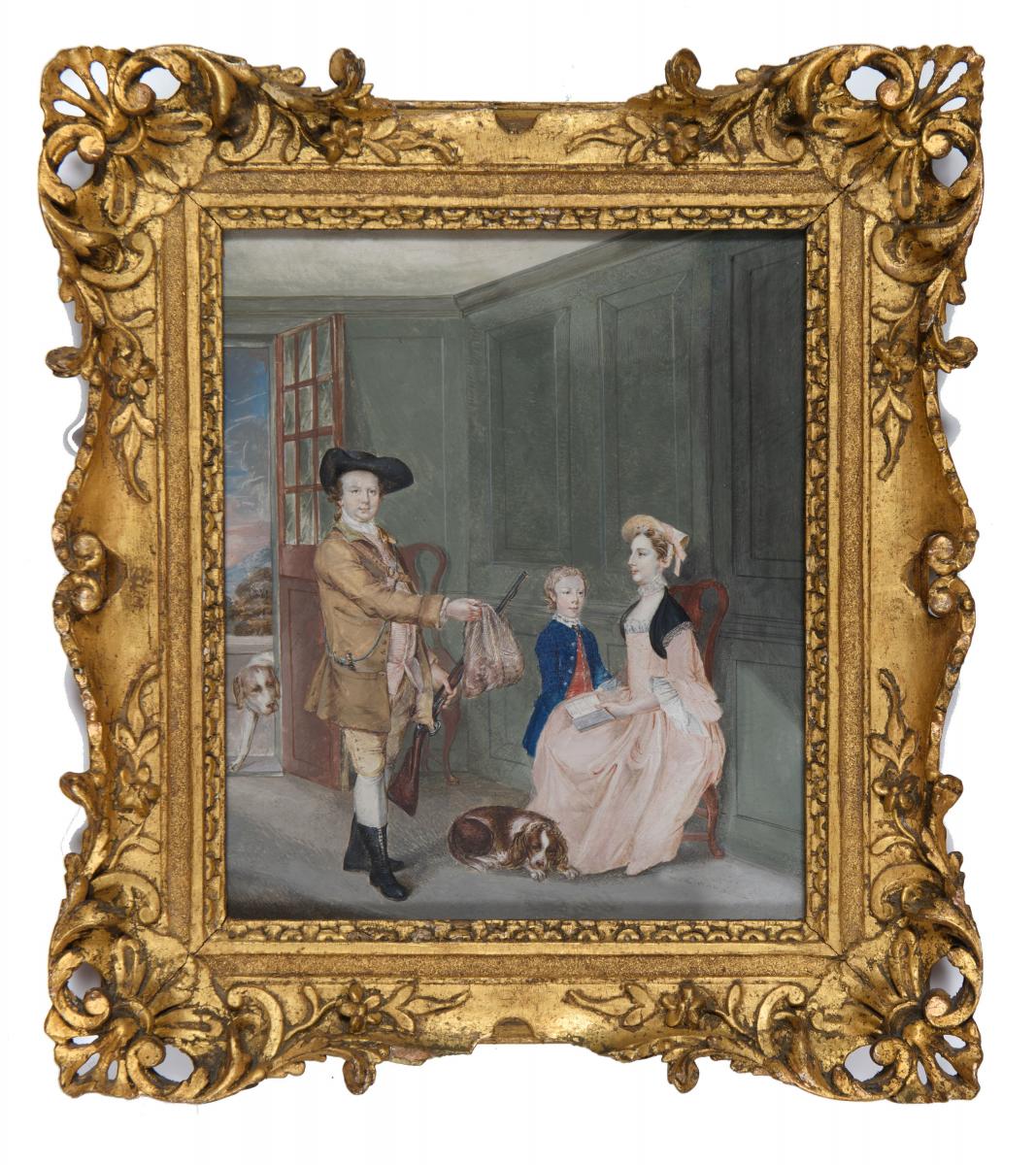 The Longe family of Spixworth Hall, near Norwich

In the original swept frame with labels attached

This rural conversation piece is of exceptional interest as it is rare to find 18th century conversation pieces on vellum on such a small scale; it also has a fine level of painted detail providing invaluable information for the social historian.

Major Francis Longe (1726-1776), the owner of Spixworth Hall near Norwich, is painted at home, just returned from shooting, presenting his wife, Tabitha (née Howes) with a bag containing a live leveret, a symbol of love.

His dog peers around the door which shows the park from which his master has just returned, and a spaniel lies at his mistress’s feet. The sitters’ identity as landowners of some standing is directly expressed.

The label on the back of the painting states that Major Longe is 30 years of age and this dates the work to 1756. His only son Francis, born in 1748, is standing next to his mother and would have been 8 years old at the time this work was made.

Francis Longe married Tabitha Howes soon after he came down from Cambridge. Francis and Tabitha had a son, Francis, in 1748. Francis (the elder) was educated at Westminster School and Emmanuel College, Cambridge and served as High Sheriff of Norfolk in 1752, an office his son Francis was also to hold.

His wife was the daughter of John Howes (d. 1771) of Morningthorpe Manor, Norfolk and his wife Barbara, daughter and heiress of Rev. Thomas Sydnor; they married in 1720. Barbara Howes was painted with her four children by D. Heins, when Tabitha was 14 years old. 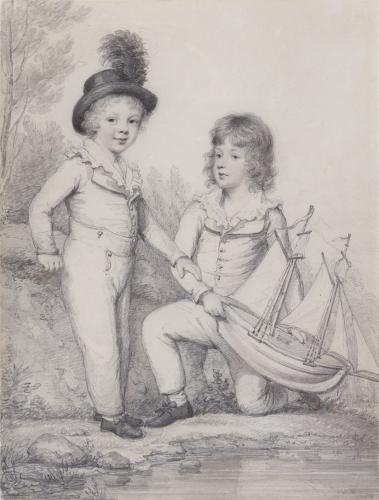