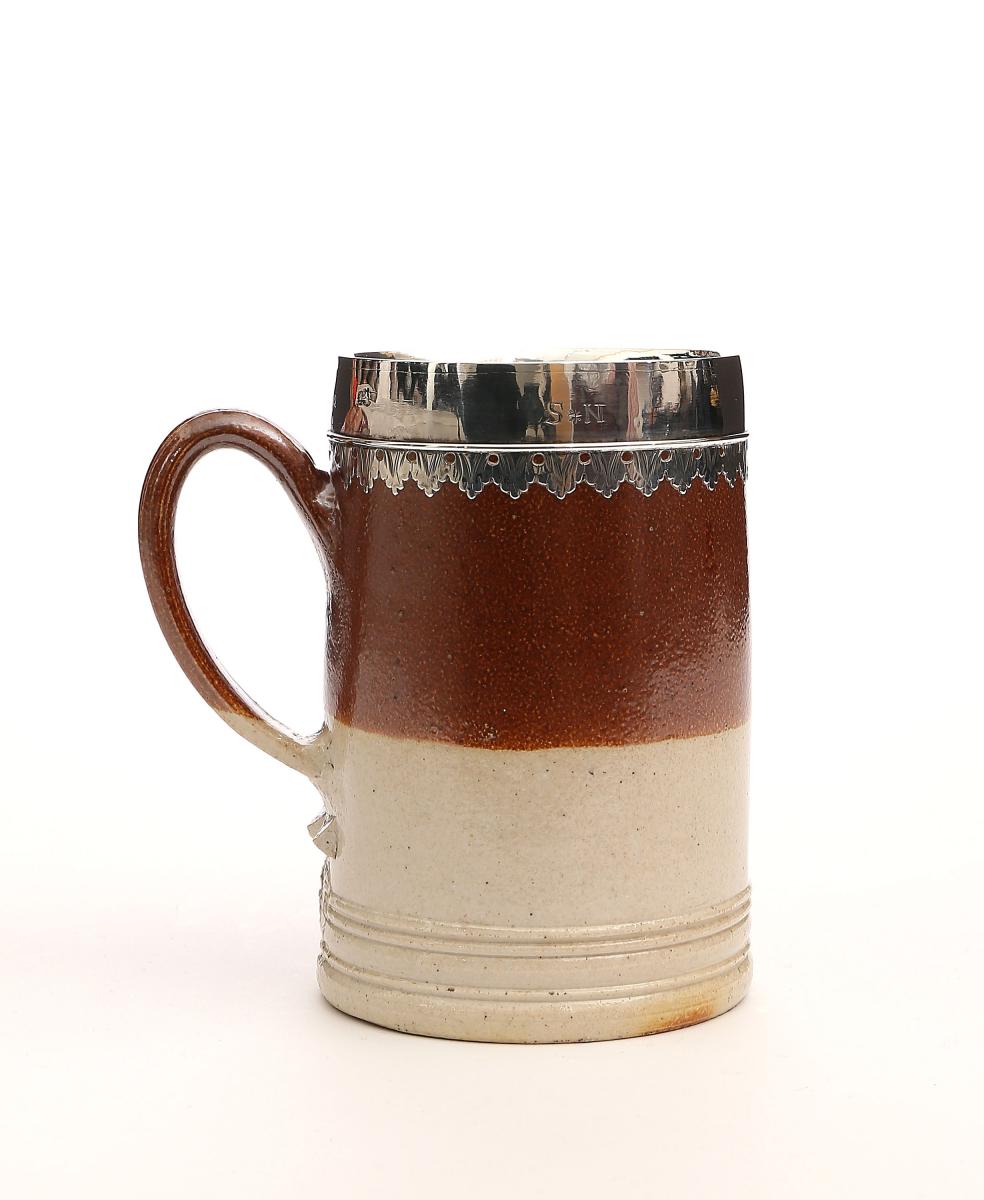 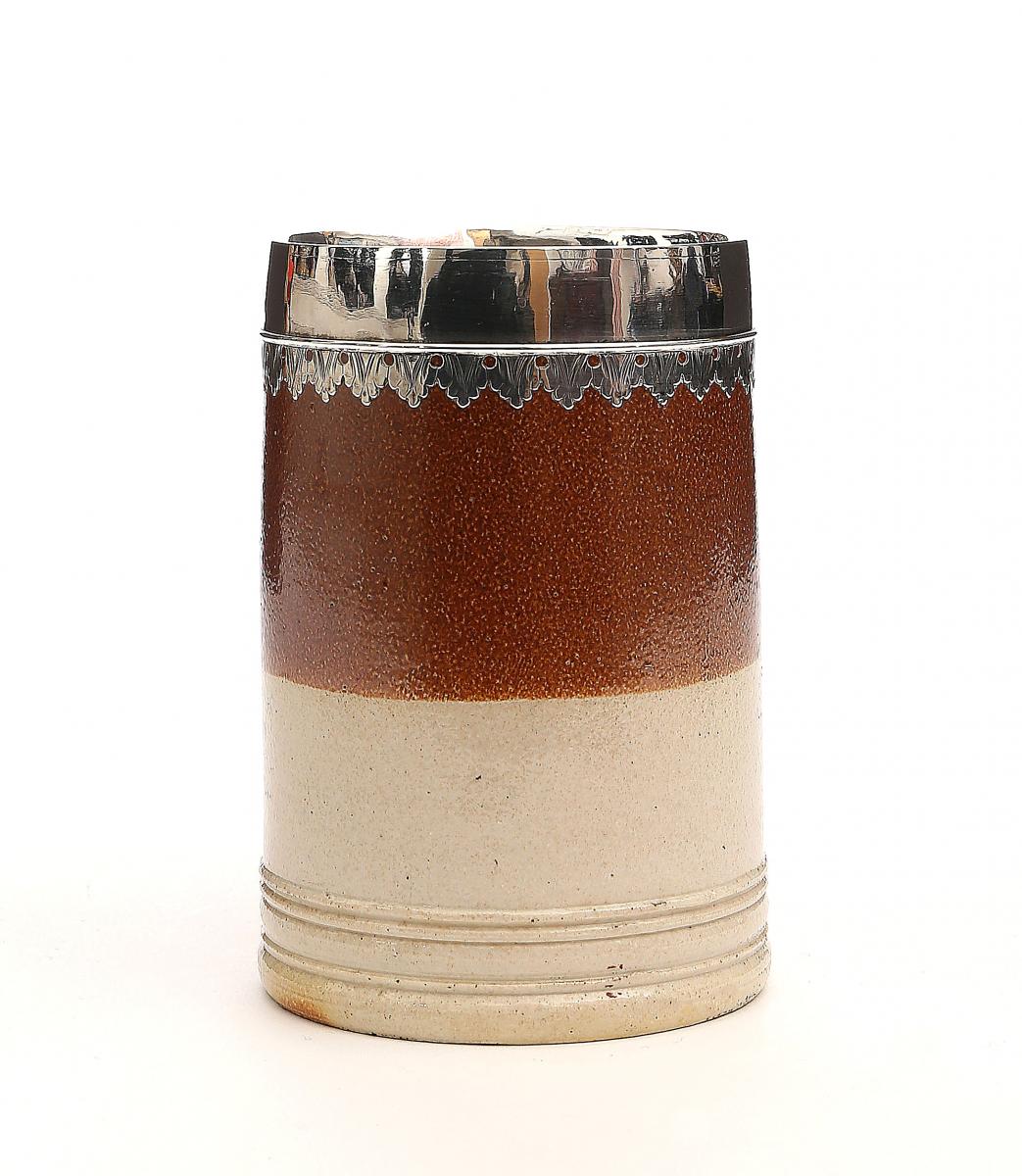 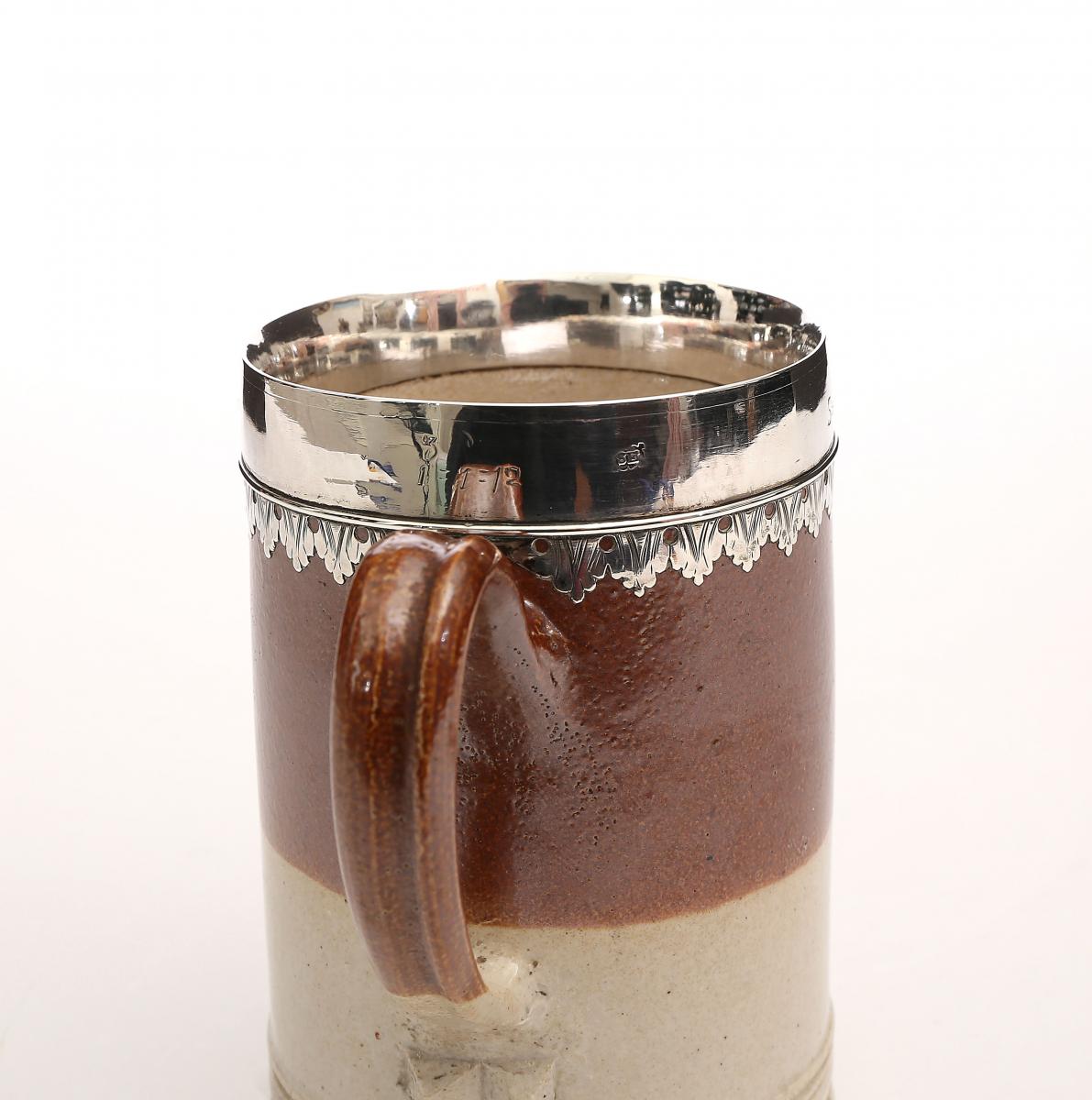 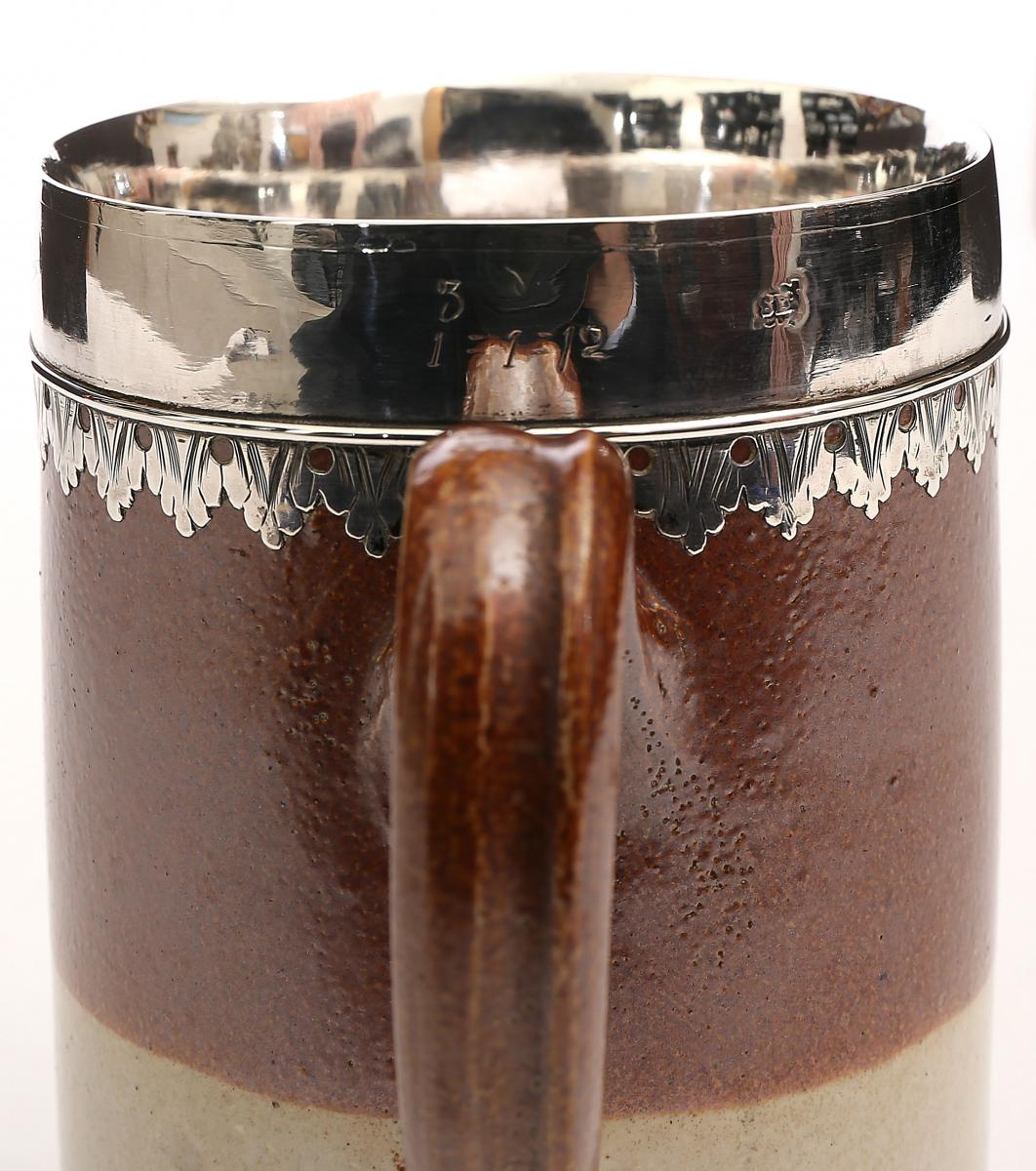 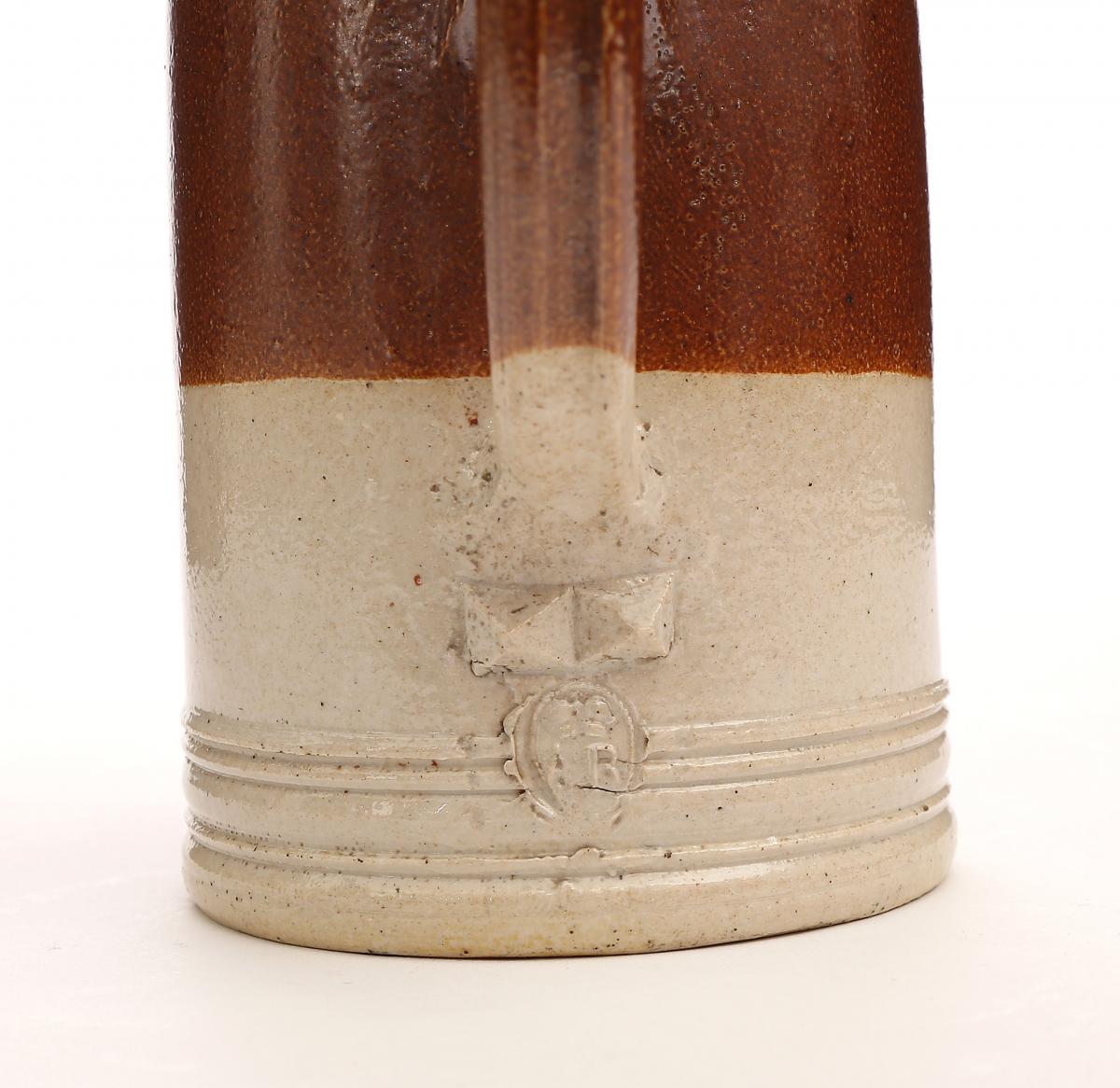 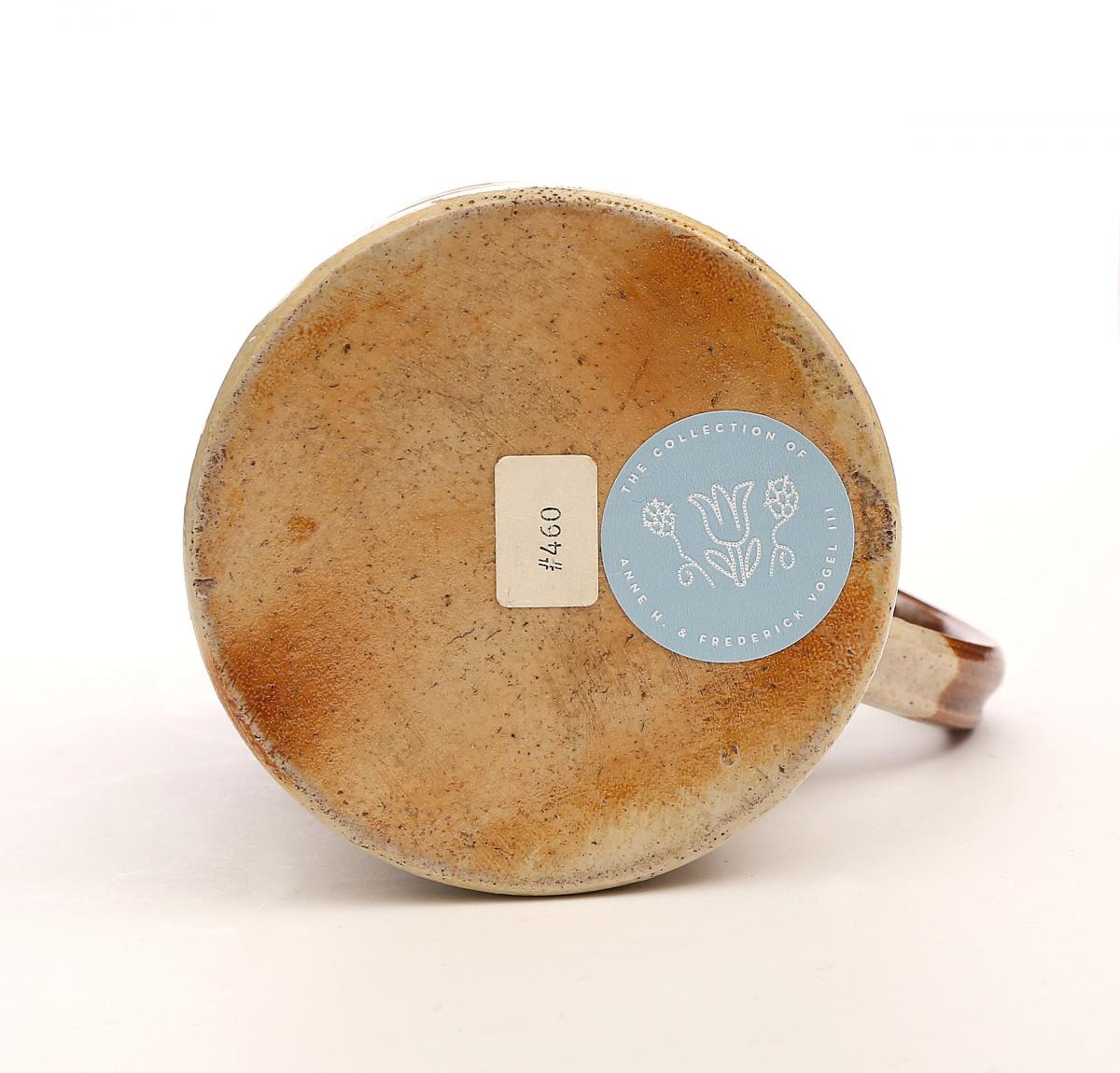 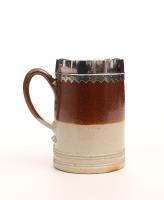 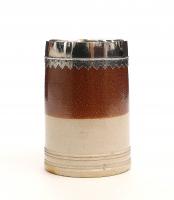 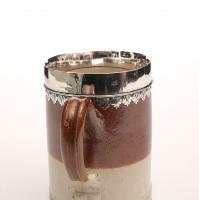 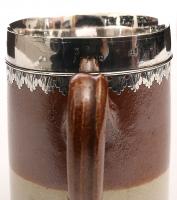 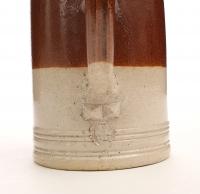 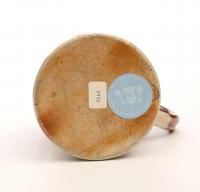 Excise mark of crowned AR monogram in a seal

The silver mount engraved S*N and stamped with the maker’s mark SE, numerals 3 d/1=1=12 over the handle

Made shortly after or towards the end of John Dwight’s life (1633-1703) in the fine stoneware that his pottery is so well known for. This plainer style of tankard was introduced around the year 1700, becoming a standard thereafter.

Although only one sherd was found on the site, they can be associated with a seal matrix (see p. 133, fig 107, Chris Green) that is applied on other pieces of this same group and remained at the Fulham factory until 1865; it is now in the British Museum.

This group is all finely lathe turned and dipped in a white slip before application of an iron wash. The end of the handle finishes above two distinctive knife-cut pyramidal terminals, with a stamped crowned AR excise mark below that.

The excise mark was introduced by an Act of Parliament in 1700, and AR excise marks on known dated examples of this type are restricted to pieces dating 1703-1710.

An almost identical example in the British Museum (MLA 1989,68,1) has silver mounts also with the mark SE and is inscribed 1=2=0. Robin Hildyard suggests, in his exhibition catalogue ‘Browne Mugs, English Brown Stoneware’, V&A London, 1985 that this may refer to a check on its nominal capacity.