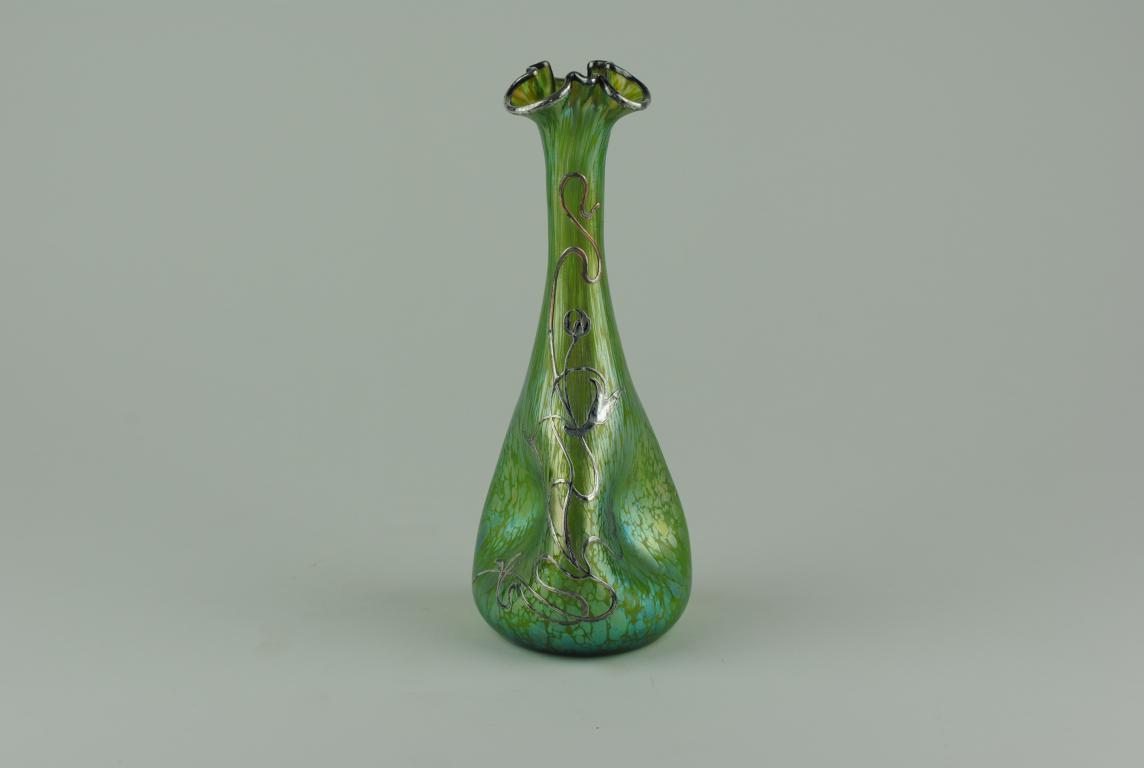 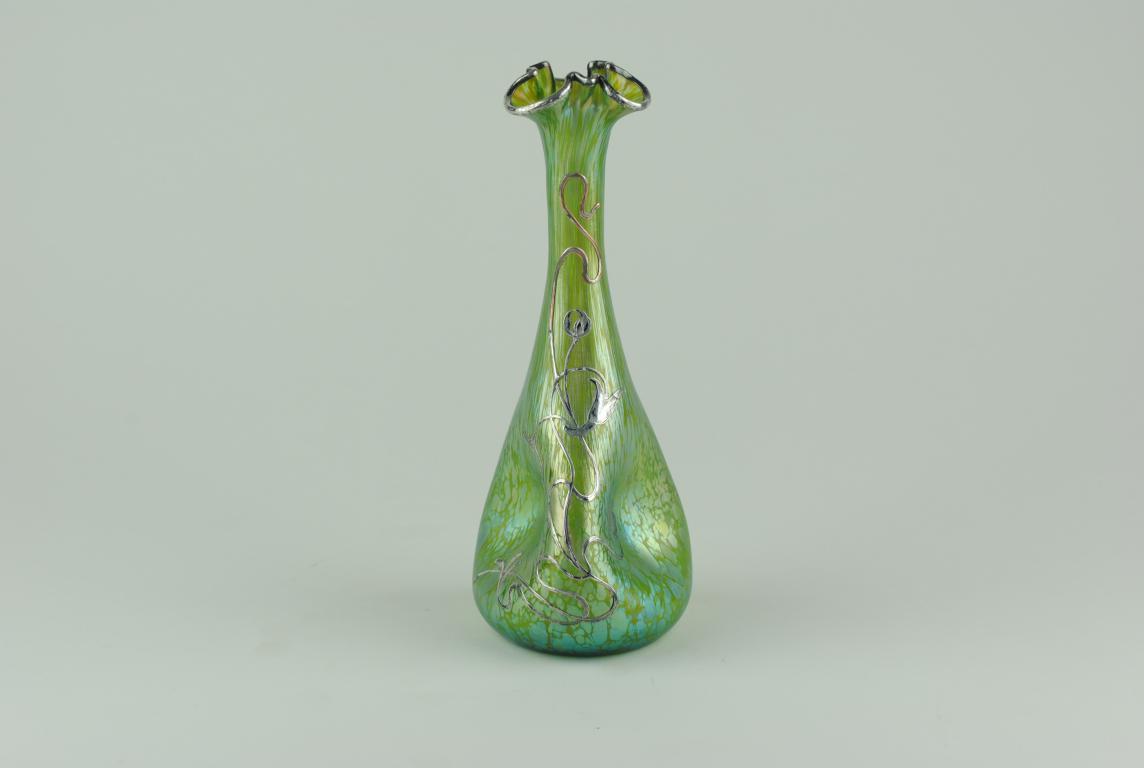 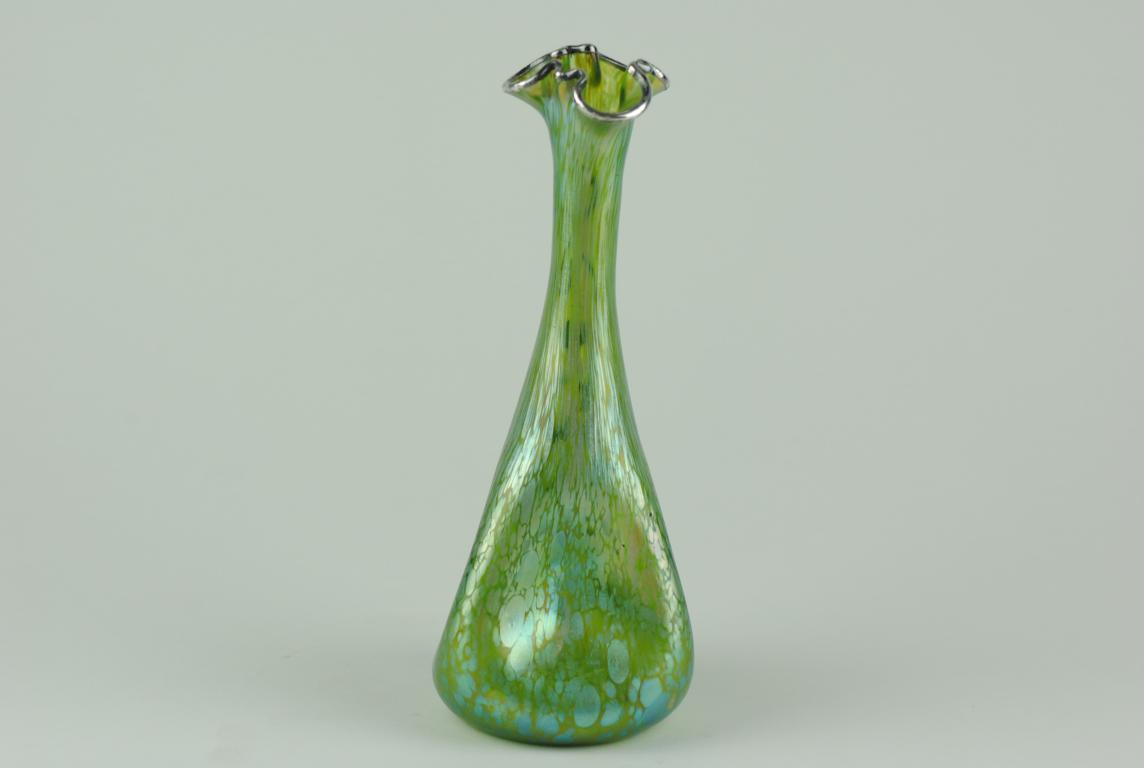 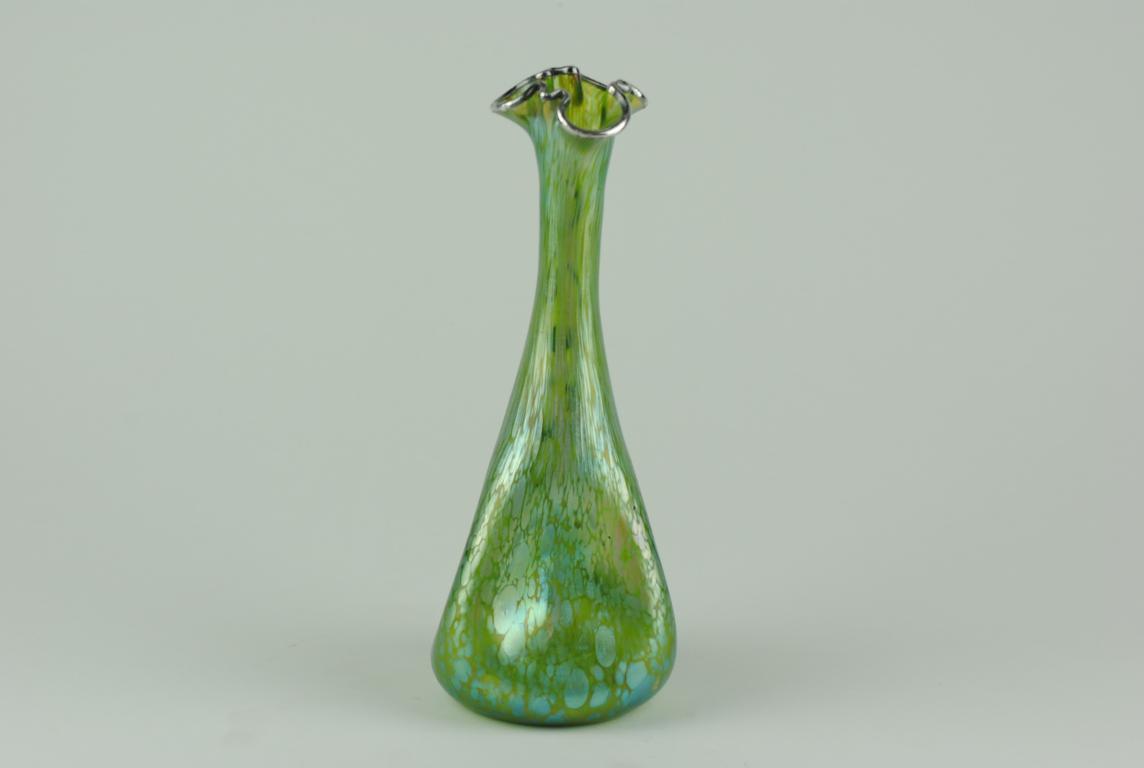 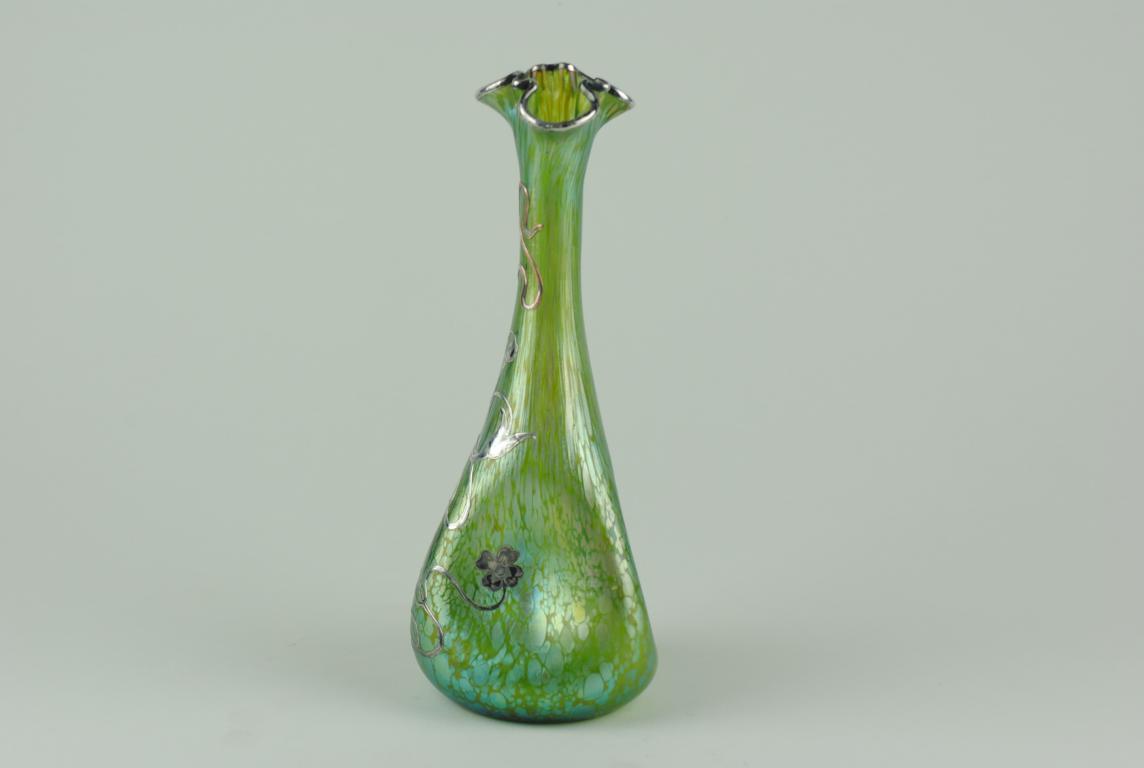 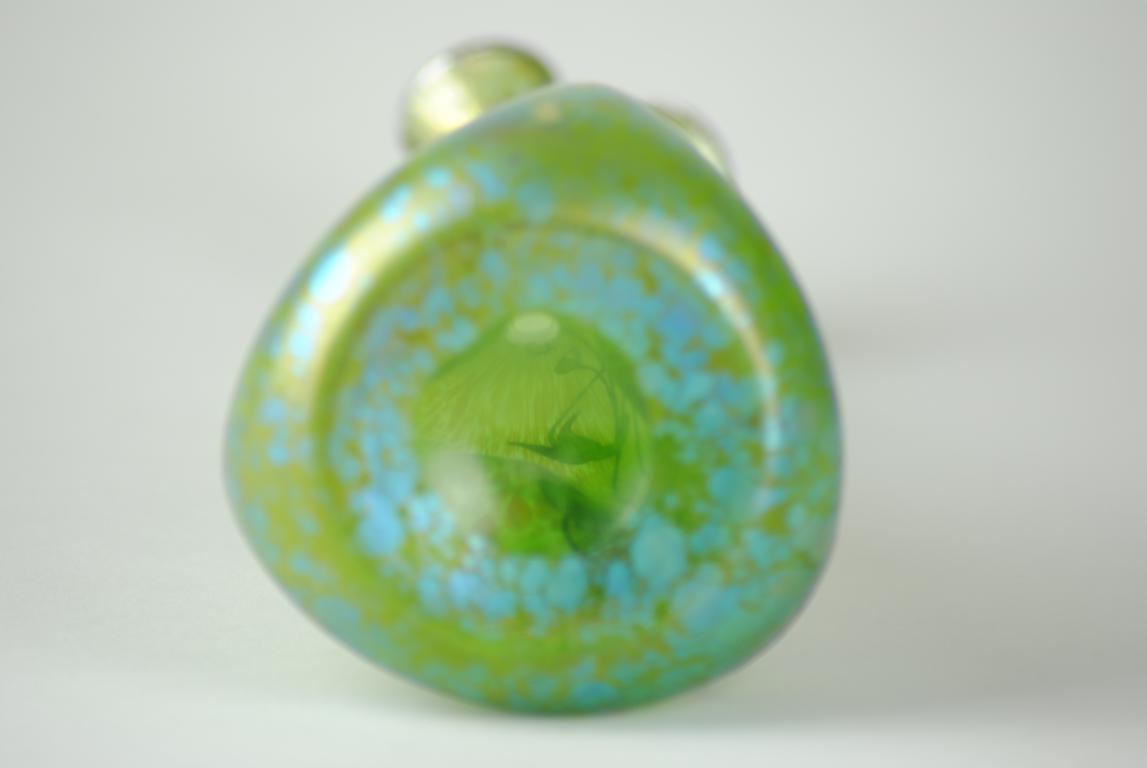 Art Nouveau Loetz iridescent glass vase in the Creta Papillon décor with silver overlay. The vase has 3 dimples to the lower part which complement the overall shape and enhance the iridescence.

The silver overlay is very finely hand worked with a design of Art Nouveau flowers and leaves and is also worked around the mouth of the vase to further enhance the design. The vase is unsigned. Made by the Loetz witwe glassworks in Klostermuhle about 1900.

A beautiful and elegant piece that would enhance any home