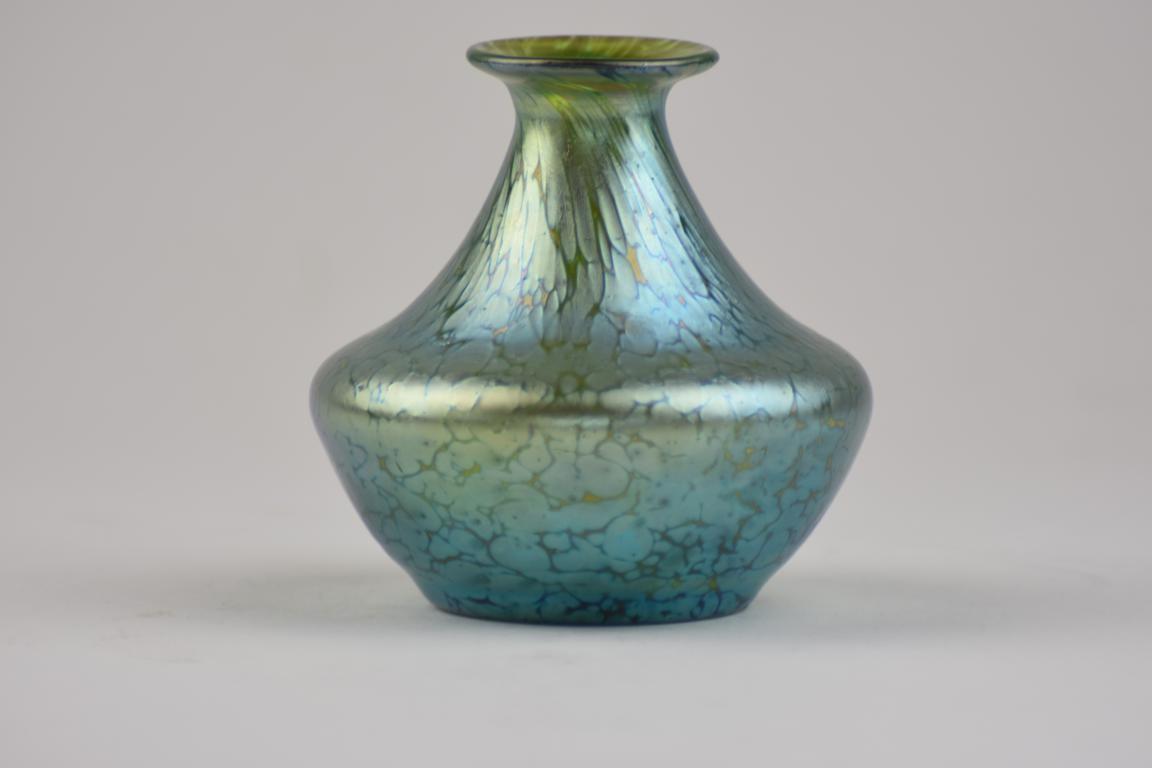 Art Nouveau Loetz iridescent glass cabinet vase in the Papillon décor – Creta (green) on green glass. A simple but elegant shape. The vase is unsigned. It has a bulbous base which extends upwards into a narrow collar which flares out at the top.

A stunning piece and a wonderful example of Art Nouveau glass.

Made by the Loetz witwe glassworks in Klostermuhle about 1898.