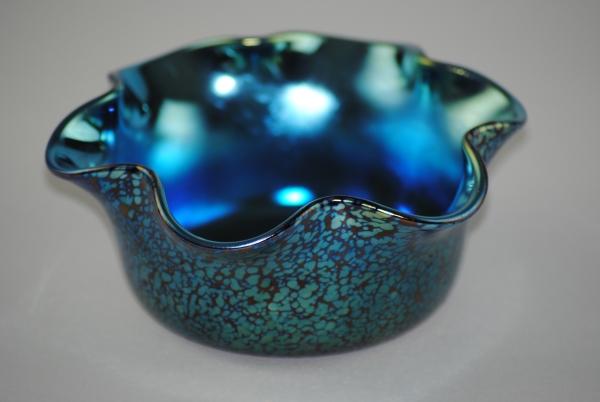 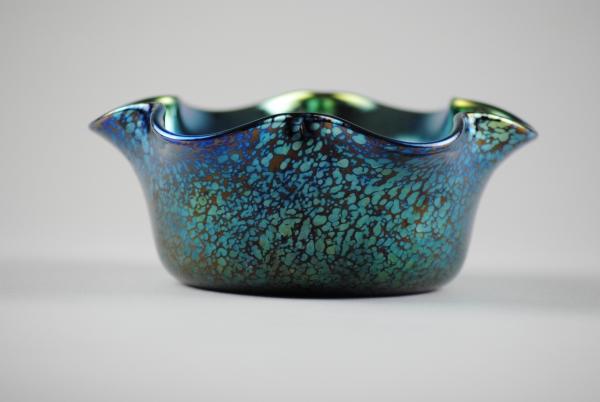 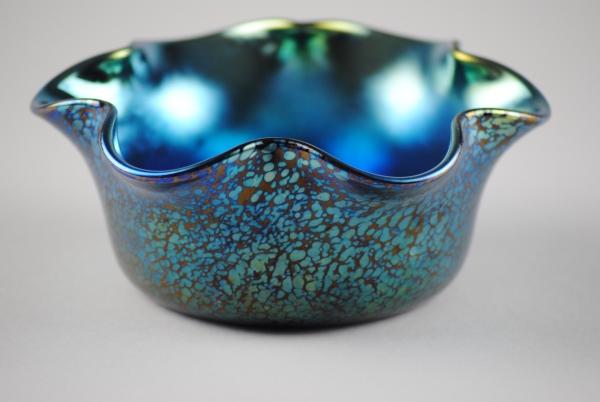 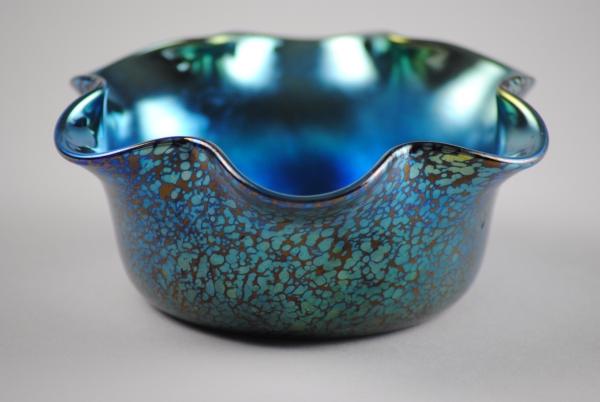 Art Nouveau Loetz iridescent glass dish in the Cobalt Papillon décor – cobalt blue on blue. The inside of the bowl is finished in the Cobalt Norma decor.

The shaped rim complements the design and enhances the iridescence. The piece is unsigned. A truly magnificent piece and a stunning example of Art Nouveau glass. Made by the Loetz witwe glassworks in Klostermuhle about 1910