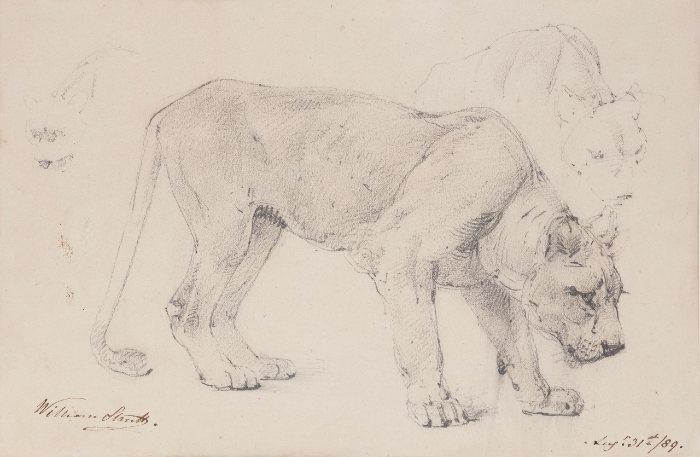 Strutt, born in Devon, was from a family of artists. He studied in Paris and made many drawings of animals throughout his career during which he travelled extensively. He visited Australia in 1850, New Zealand in 1856 and returned to England in 1862.

His work is highly prized in the Antipodes and his most famous painting Black Thursday, 6 February. 1851,  painted later in 1864, which depicts animals and men fleeing from a bush fire, is one of the treasures of the State Library of Victoria. His work can be found in several other Australian and New Zealand museums and several monographs have been written about his time there.

He was a Fellow of the Zoological Society and he drew animals throughout his career.