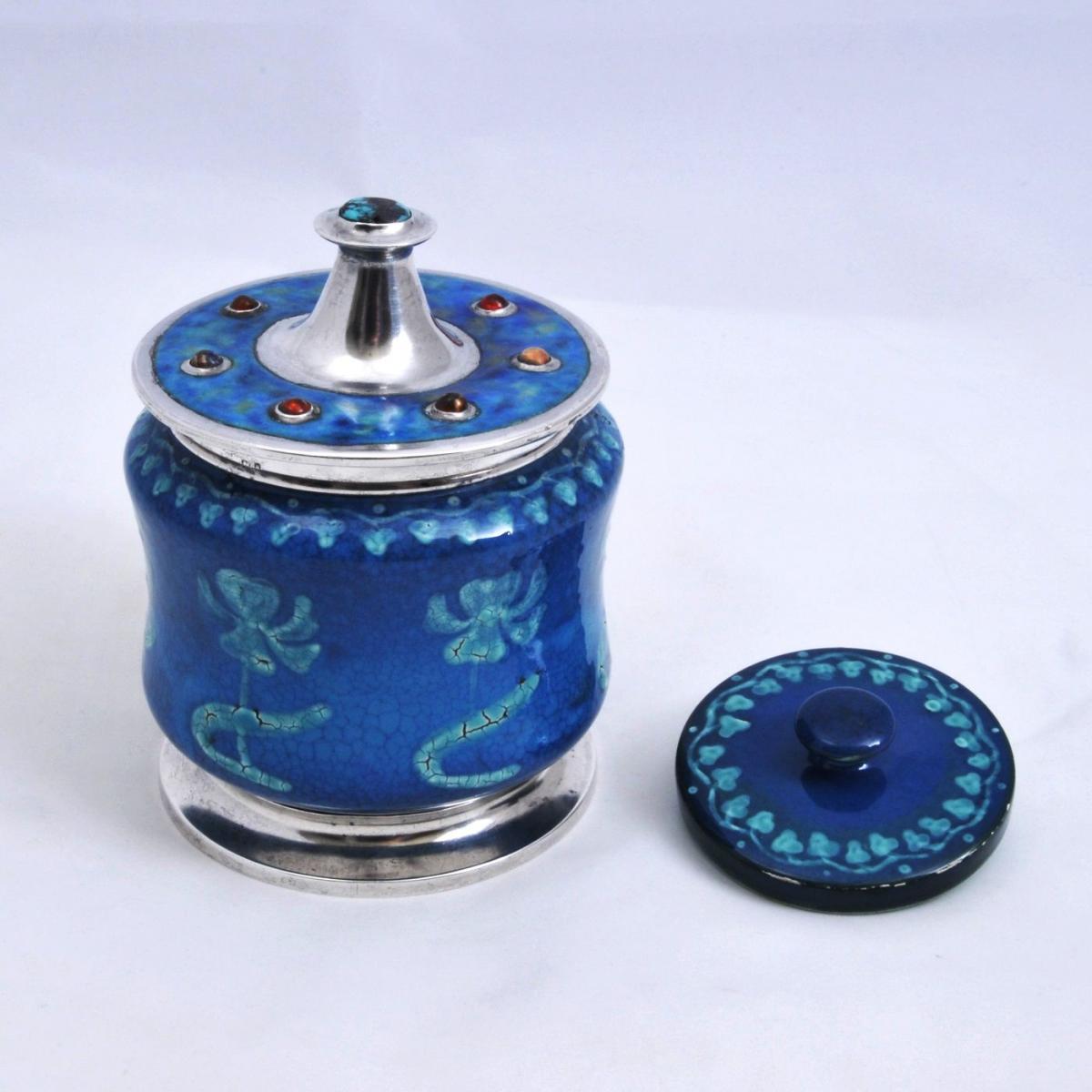 This piece brings together two heavyweights of the period, Liberty & Co and the Ruskin Pottery factory. Both innovators and leaders in arts and crafts design in their respective areas.  It incorporates a silver mounted large souffle glazed Ruskin honey pot (including original lid) with an enamelled silver lid set with fire opals and a central turquoise. The silver is fully hallmarked for Liberty & Co 1900/1.

The Ruskin pot is one of the earliest pieces of Ruskin pottery known, dating from before 1902. The souffle glaze pre dates Ruskins invention of his better know high fired flambe glaze.  In its day this would have been a rare and experimental pot which Liberty embellished.

The silver design is almost certainly by Oliver Baker. The link between Baker and The Ruskin factory, both based in Birmingham, was most likely through William Rabone Haseler, owner of the firm William Hair Haseler who made all Liberty’s Cymric silver. He was also President of The Birmingham School of Art of which Edward Richard Taylor, founder of the Ruskin factory, was headmaster.

The silver lid is fully hallmarked for Birmingham 1900 and the silver base for 1901, suggesting the piece crossed the assay year in July 1901. The Ruskin pot is marked with scissors and the numbers 14-6, conceivably for 14 June (1901).