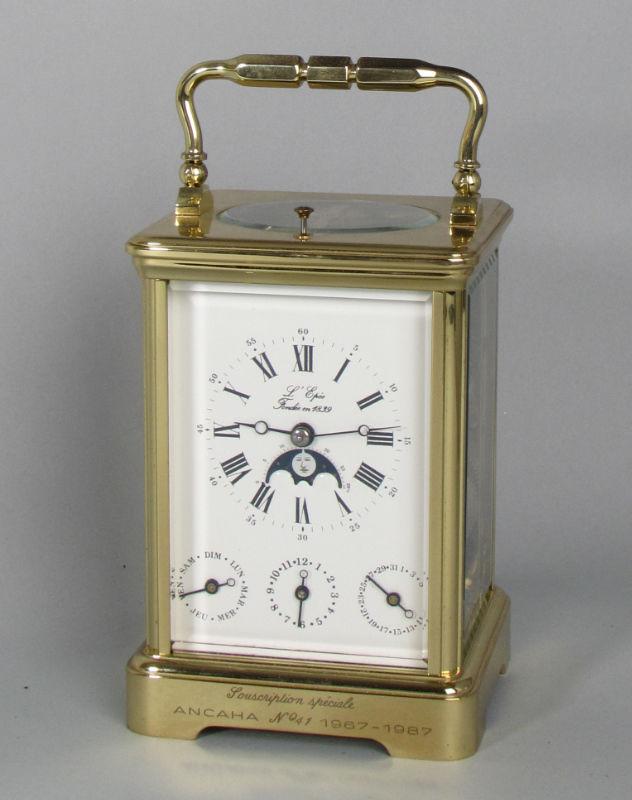 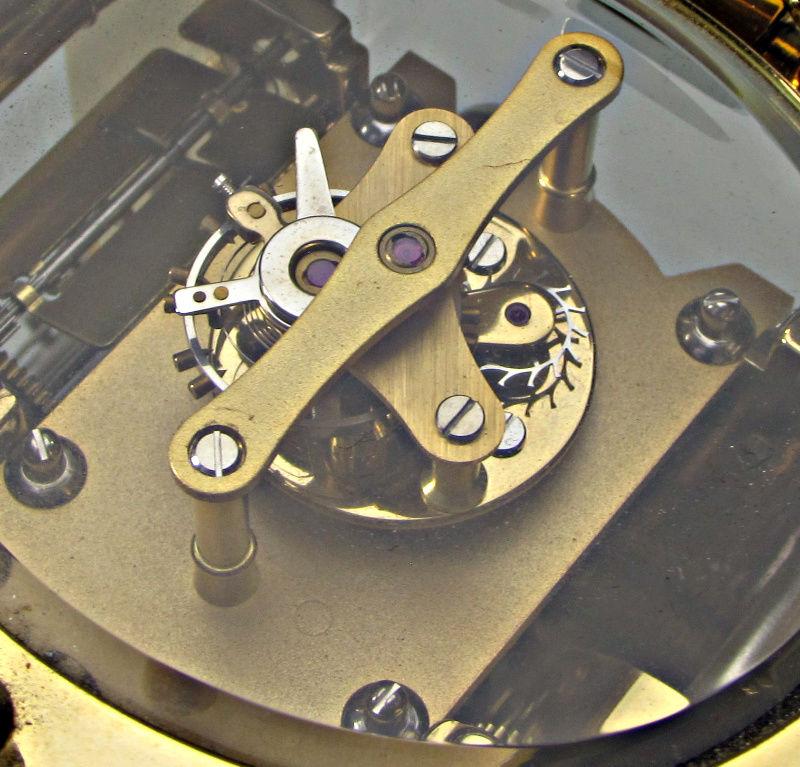 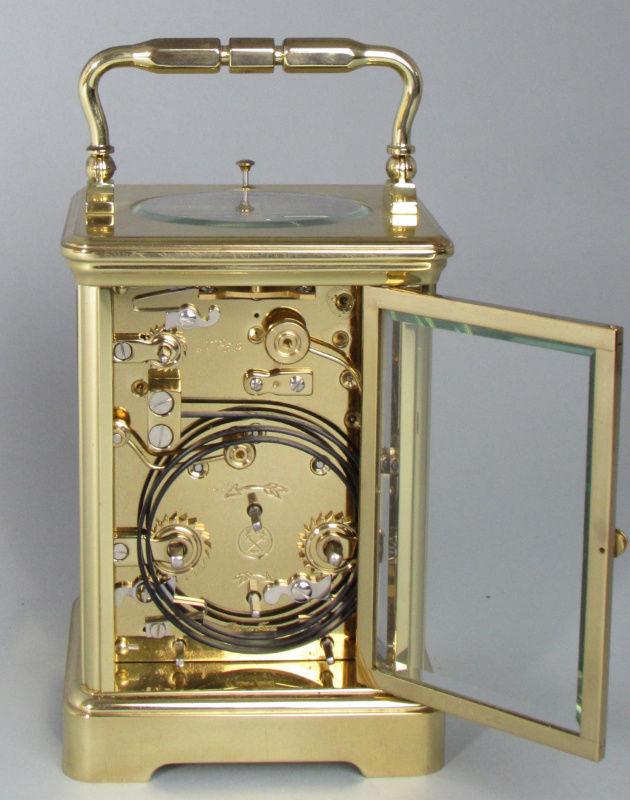 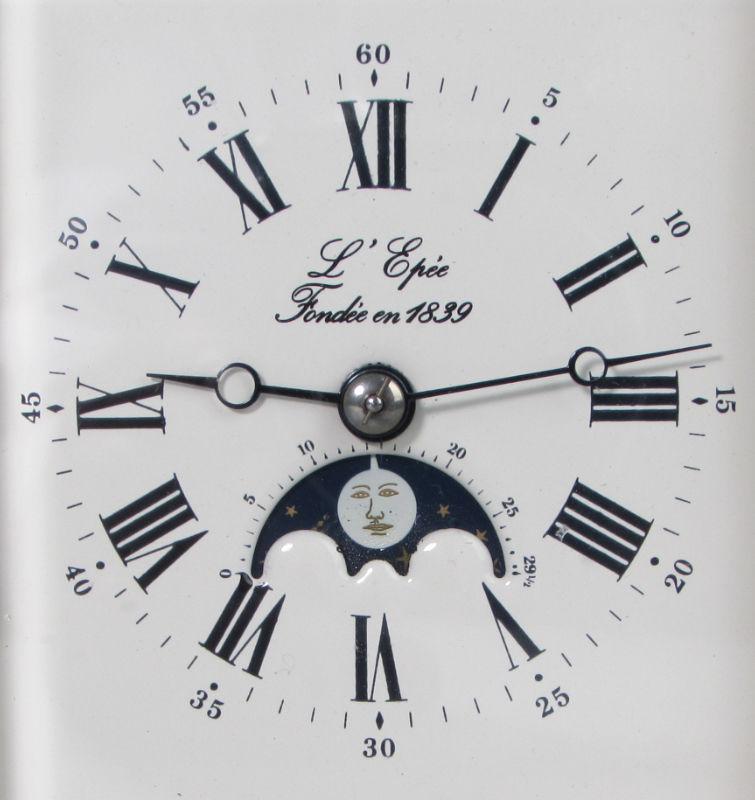 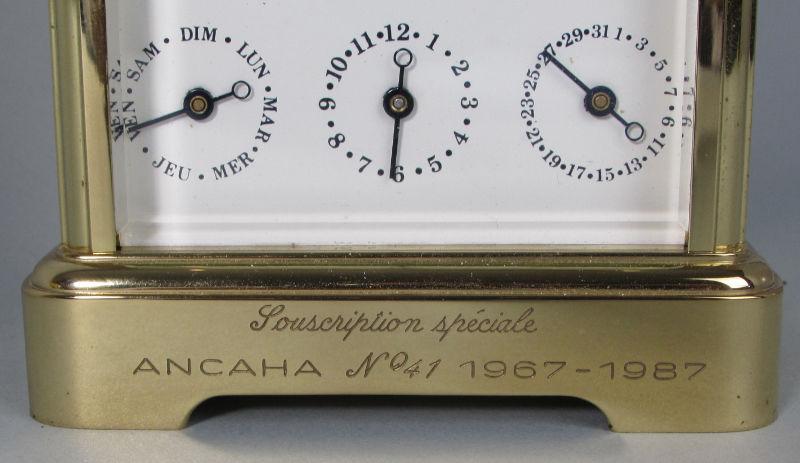 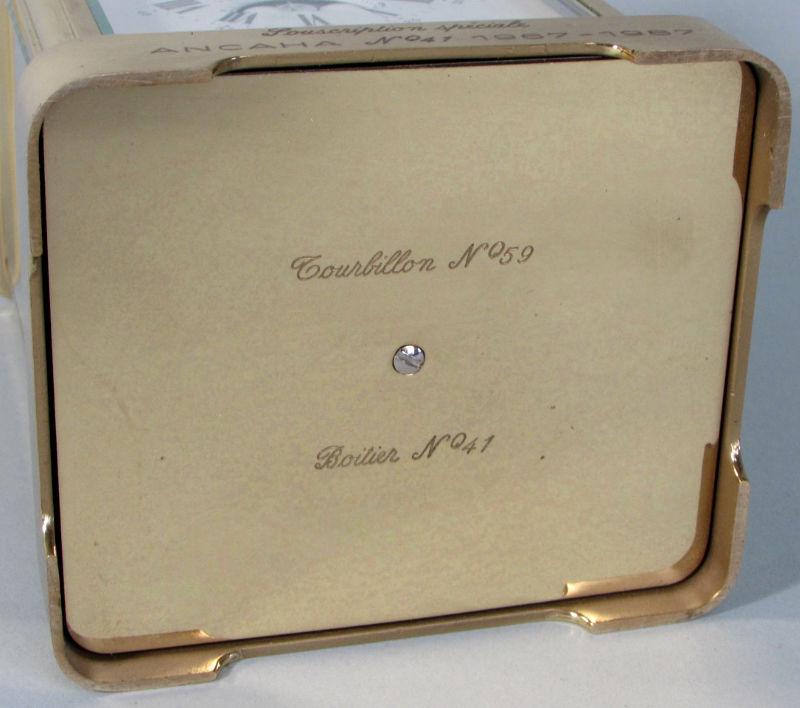 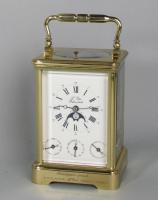 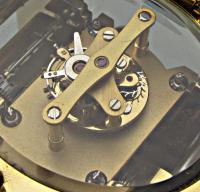 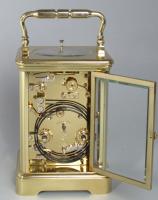 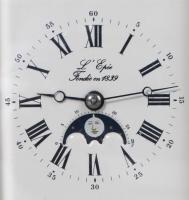 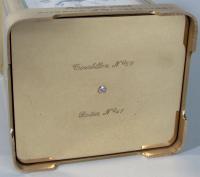 This rare carriage clock was made in limited numbers in the mid-1990s by the finest carriage clock makers still in production, having been founded by Auguste L’Epée in 1839 in Besançon, France.

This model has an eight-day duration movement which strikes the hours and half-hours on a gong, with push button repeat, and was produced with a complicated and highly-unusual tourbillon platform escapement.

The backplate is stamped with the L'Epée trademark.

The white enamel dial has black Roman hour numerals, Arabic five-minute markings, blued steel hands and also features a rare moonphase aperture to the centre, along with three subsidiary dials showing the days of the week, the date and the  alarm setting, and is signed L’Epée Fondée en 1839.

The corniche case is numbered to the underside Tourbillon No.59 and Boitier No.41, with the front of the case engraved Souscription Special ANCAHA No.41 1967 - 1987, being for the twentieth anniversary of the founding of the French Association Nationale des Collectionneurs et Amateurs d'Horlogerie Ancienne, disbanded in 2015 and now a part of the AFAHA, the Association Française des Amateurs d’Horlogerie Ancienne formed in 1981.

When this model was first produced L’Epée made the following statement: L’Epée has decided to return to one of the firm’s key areas of expertise that has made the company famous over the years  by designing and developing one of the complications most sought-after by connoisseurs: a “Carrousel” type tourbillon. In  this type of complication, the balance, the spring and the escapement are housed within a carriage of which the rotation  axis coincides with the centre of the escapement and performs one complete turn per minute. This finely tuned carriage  contains a poising weight and its rotation is driven by the barrel via a classic gear train.