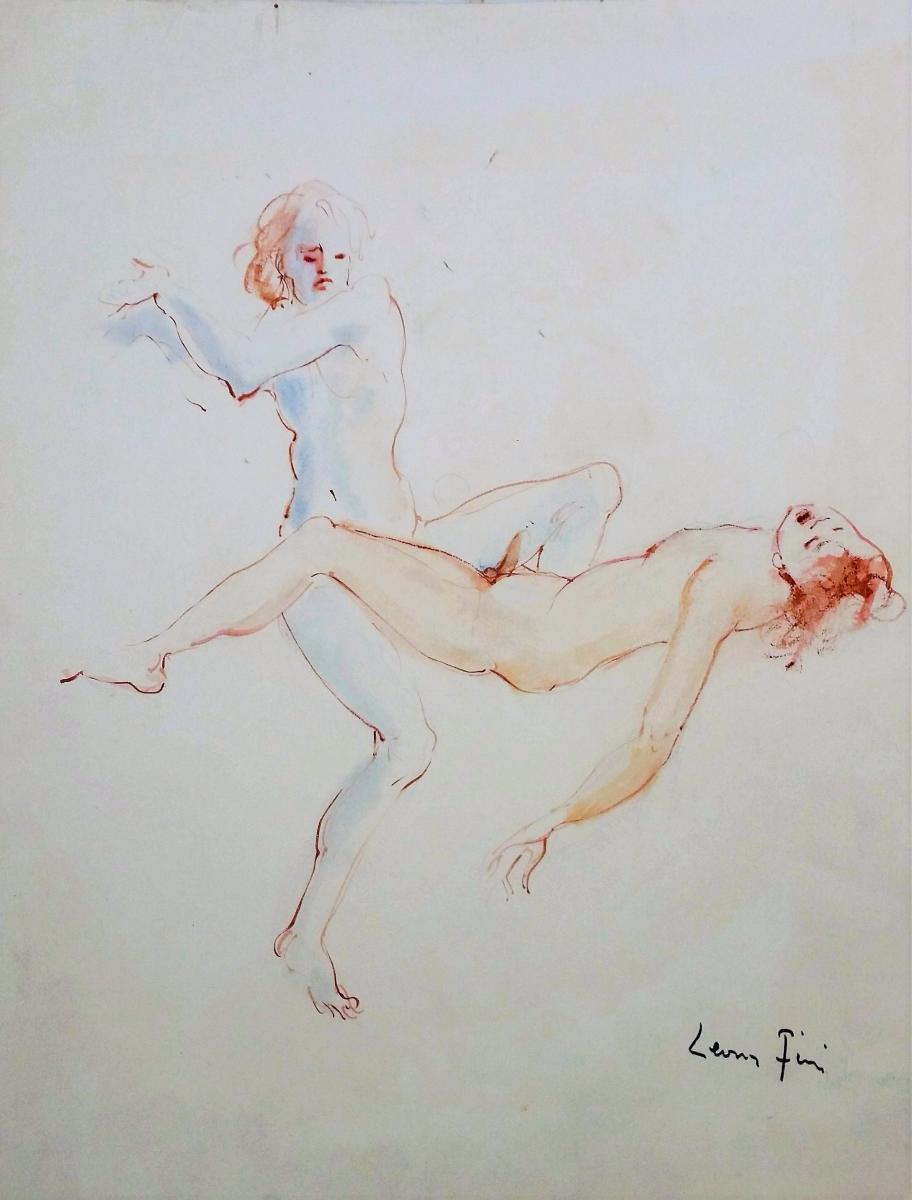 Ink and wash over traces of pencil on paper.

A rare original artwork for the 1969 edition of Paul Verlain's 'Parallement' the deluxe edition published by Editions Tartas, Paris.

Leonor Fini is considered one of the most important women artists of the mid-twentieth century, along with Leonora Carrington, Frida Kahlo, Georgia O'Keeffe and Dorothea Tanning. Her career, spanned some six decades, it included painting, graphic design and book illustration, as well as set and costume design for theatre, ballet, opera, and film.

Born in Buenos Aires in 1907 to Italian and Argentine parents, Leonor grew up in Trieste, Italy, raised by her strong-willed mother who had divorced her husband when Leonora was one. She was a virtually self-taught artist, learning anatomy directly from studying cadavers in the local morgue and observing composition and technique from the Old Masters through visits to museums.

Fini’s early attempts at painting in Trieste led her to Milan, where she participated in her first group exhibition in 1929, and then to Paris in 1931.
Her vivacious personality and exotic style instantly opened the doors to the Parisian art world and she soon developed close friendships with the leading surrealist writers and painters, including Paul Eluard, Salvador Dali, Man Ray, and Max Ernst.  Although she often exhibited with them, she never considered herself a surrealist.

The American dealer Julien Levy, invited her to New York in 1936, where she took part in a joint exhibition with Max Ernst and met many American surrealists, including Joseph Cornell and Pavel Tchelitchew. Her work was included in MoMA’s pivotal Fantastic Art, Dada and Surrealism exhibition, along with De Chirico, Dali, Ernst, and Yves Tanguy.

A predominant theme of Fini’s art is the complex relationship between the sexes, primarily the interplay between a dominant female and a passive, androgynous male. In many of her most powerful works, the female takes the form of a sphinx, often with the face of the artist. Her private life was as colourful as her public one, she lived with two lovers and they remained inseparable until their deaths. 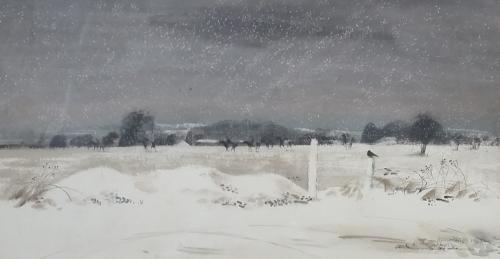 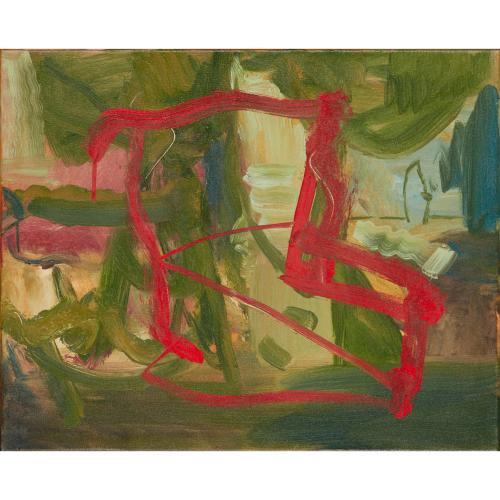 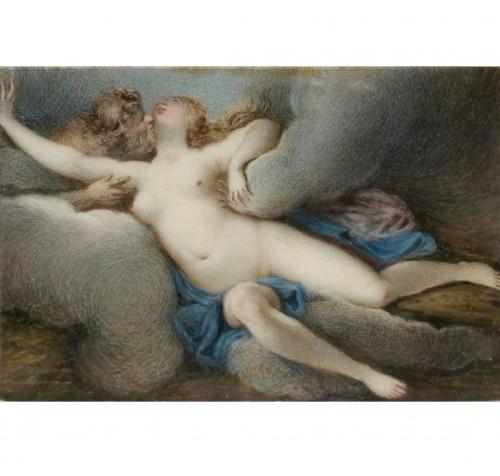 Jacques Charlier (1720-1790) Attributed to Nymph and satyr c.1760 miniature
Horton London
View all from this dealer